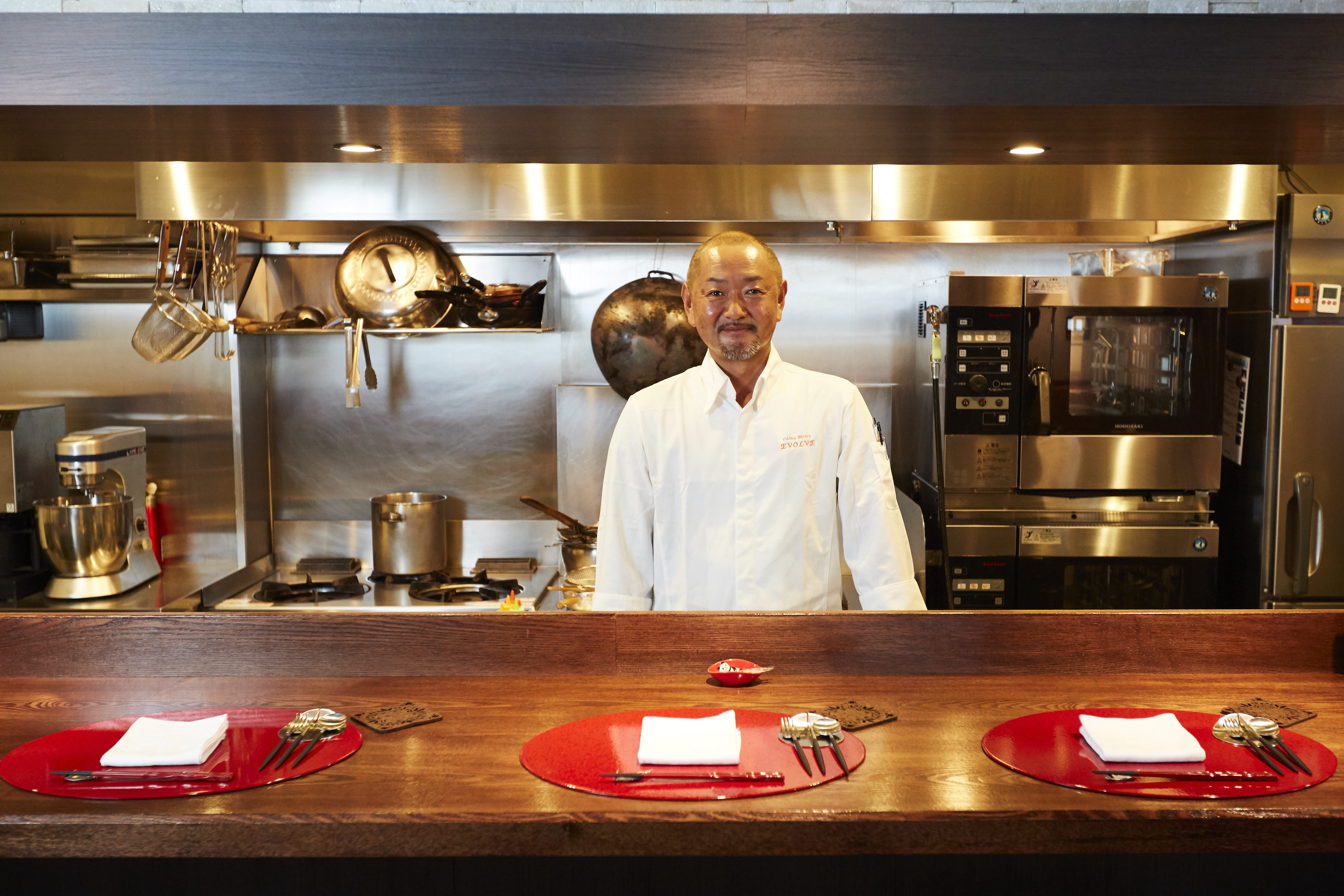 Kobe, Sannomiya, Nakayamatedori. With six counter seats and ten table seats, this restaurant offers only chef’s choice courses to delight even the most discerning of customer’s taste buds. This Chinese restaurant, “China Bistro EVOLVE,” has earned a Michelin star. While being primarily based in Sichuan cuisine, we have prepared two uniquely arranged specialty dishes added by Chef Tsunemura, “Yodare Chicken,” and “Alluring Black Vinegar Sweet and Sour Pork with the Fragrance of Vincotto.”

Overcoming any adverse circumstance by evolving. The motivating force? “I don’t want to be defeated.” 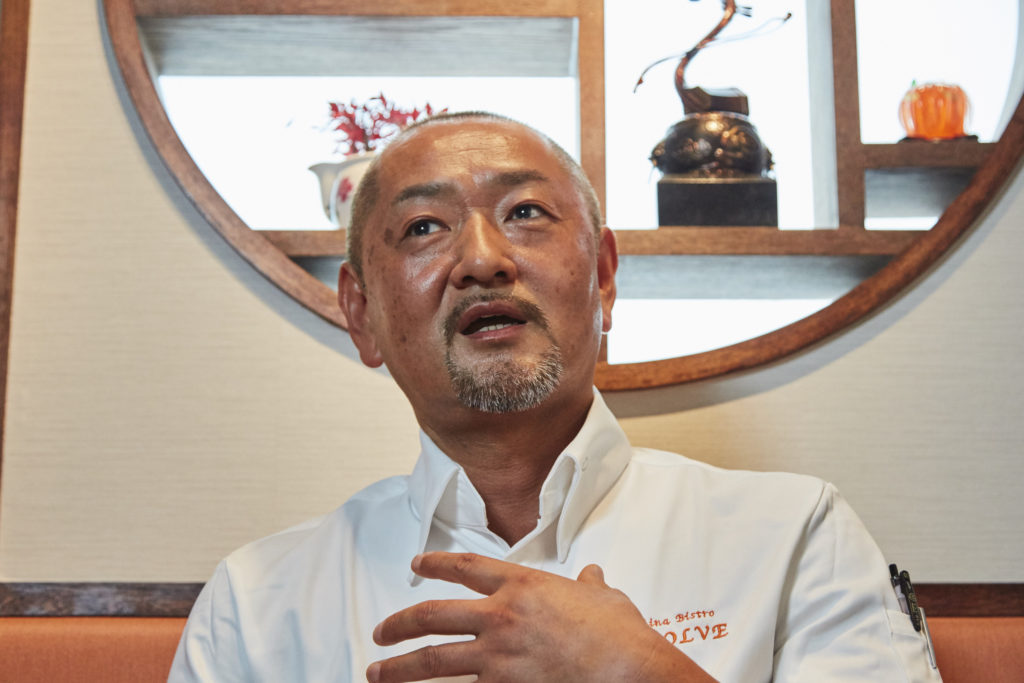 The dish known in Japan as “Yodare Chicken” (literally “Drool Chicken”) is written in Chinese as “Kou Shui Ji” (literally “Saliva Chicken”). The dish consists of steamed chicken topped with a spicy sauce, and the name of the dish is used figuratively, because the dish is so delicious, that when you think back on it, you will start to salivate. At this restaurant, we make our own sauce in house, and serve this dish saturated with it.
To prepare the dish, the marinade is made first. The marinade not only erases the particular odor of chicken, but it also draws out the savoriness of the meat. The marinade is made with water, green onions, and ginger, mixed with Chinese Shaoxing Wine, and salted to flavor. Deboned, steamed chicken is then added to the marinade, and left to marinade overnight.

The green onions and ginger are added for fragrance, and the Shaoxing Wine is used for deodorization purposes. Add in salt, bring the mixture to a boil, then cool to room temperature. Add in the chicken, and leave to marinade overnight.

Vol. 1: Preparations for the Use of Pork Belly

This dish uses the Italian black grape juice concentrate known as “Vincotto.” This is added into the sauce of this black vinegar sweet and sour pork dish. Since the sauce will be made in a short while, let’s first start off with the pork belly.

Since time is an issue for this session, we will start from a point after all the preparations have been made.
The preparations are as follows:
1. Parboil the pork belly removing all froth rising to the top.
2. After that, add to the soup green onions, ginger, and salt to flavor, then steam everything together in a steamer for 80 minutes. Steaming will cause a decent amount of fat to be released.
3. After that, put into refrigerator to cool overnight causing the fat to whiten and harden. Remove the fat.

And that will bring us up to what we have now. It is tasty enough to be eaten as is. You may even mix it into a salad, or sauté both sides.

For this session, we will be making sweet and sour pork, so the prepared pork belly will be cut into slices of about 50-60 g (1.8-2 oz). Since the meat has been cooled in the refrigerator, it will be steamed for 50 minutes for softening.

■ Closed
Sundays, and two other days each month