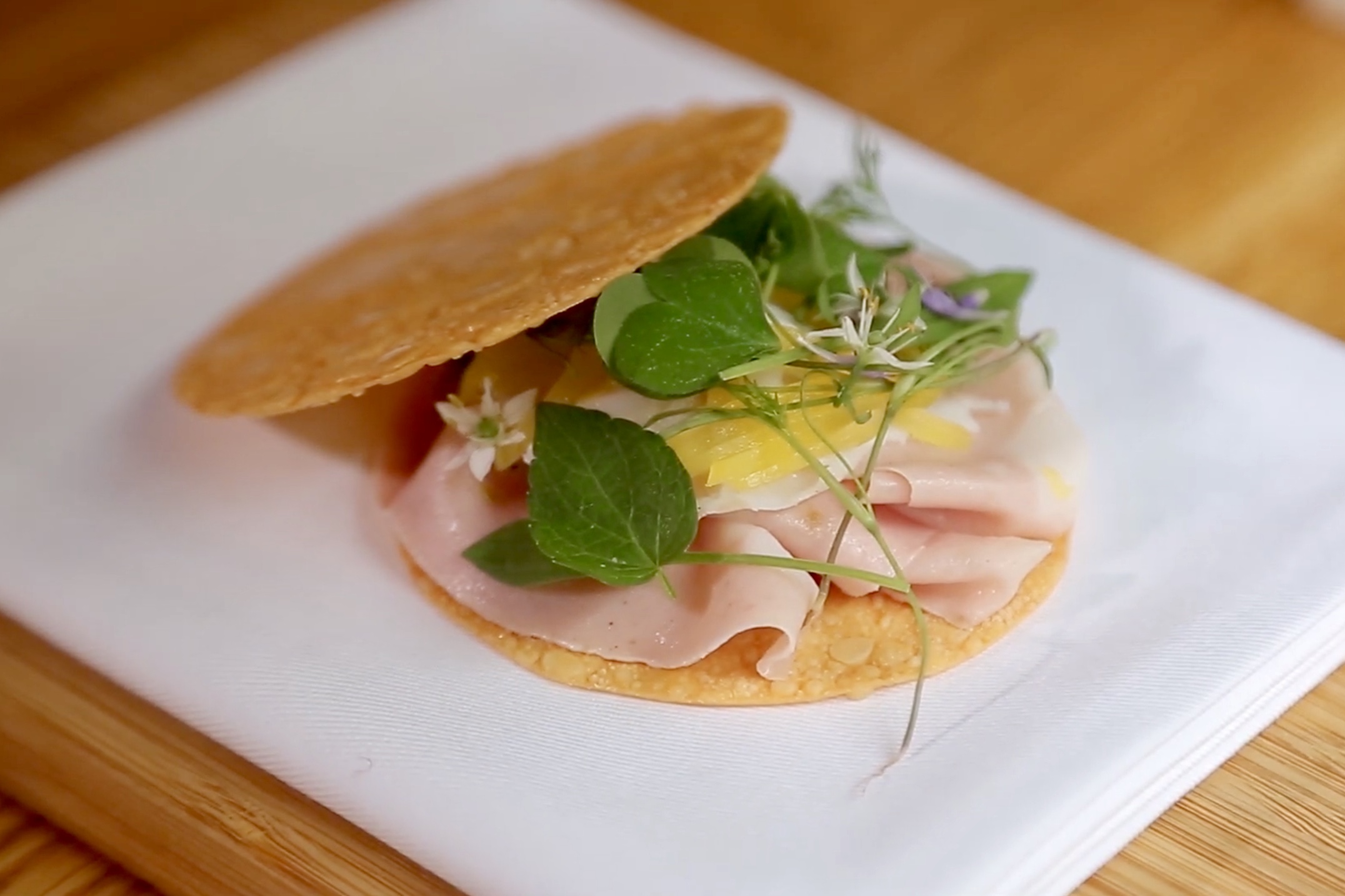 Nakamoto:
Panino is like a generic term for sandwiches.
I’m going to be wrapping ham, salami, herbs, and pickles in a crisp bread.
This is the flour I’ll be using to make the sandwich bread.

Q:You make everything from scratch.

Nakamoto:
Exactly. There’s a lot of effort involved, but I can make it the size and thickness I want.
Unlike pasta, this doesn’t need any hot water, so I’m going to be making it like a vacuum so that there’s no air in the dough.

Vol 2: Shaping and baking the dough

Nakamoto:
Now I’m going to be shaping the dough. I’ll use a round mold.

It’s time to bake it.
I’ll be spraying oil under and over the dough.

After putting it into the oven, I wait until it’s crispy.

Nakamoto:
Next, I slice the ham.
The pink one is Bologna ham. I boil it with pistachios and pepper inside.

The white one is salami made from pork back-fat (lard). I cut it in thin slices so that it doesn’t taste too greasy. It melts in the mouth, has a herbal taste, and enhances savory flavors. it’s an excellent ingredient.

Now, I slice the beet pickles.
These pickles were made with turnips beforehand.

Q:Is this dish available all year round?

Nakamoto:
Yes. I change the ingredients according to the season and serve it all throughout the year.
The fillings range from things like raw ham to marinaded sardines.

After topping it with herbs and seasonal flowers, the dish is complete.

The crispy bread with savory ham and pickles makes for a delectable combination.