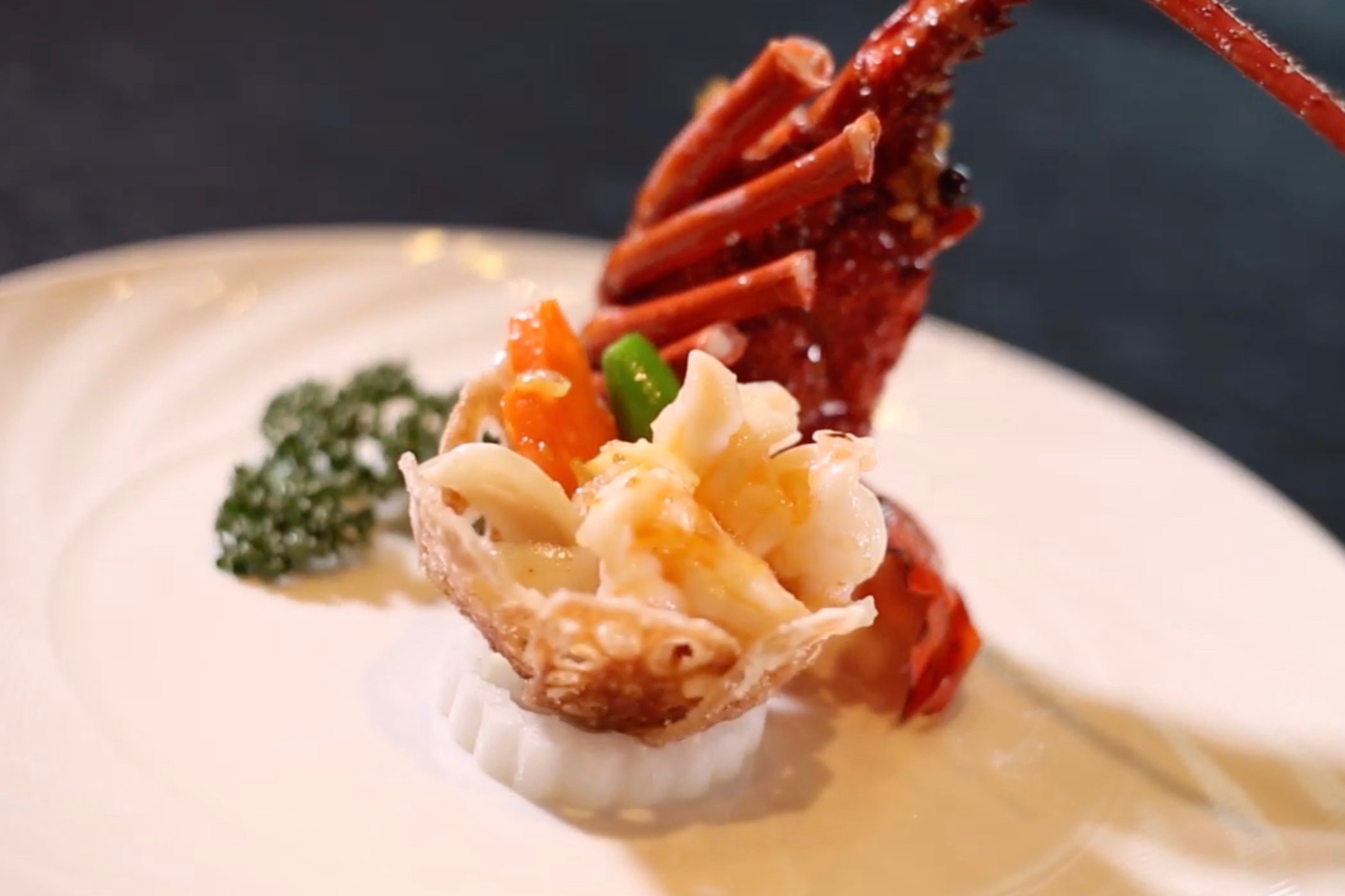 Chef Wong:
This is wild Ise Lobster from Wakayama Prefecture. I’ll be taking it out of the tank and dressing it.
I’ll be putting it in ice water first so that it numbs the nerves. That way, it won’t have to suffer and I can handle it with ease.
I’ll be taking out the meat from the shell. I can detach the meat cleanly by using my fingers. The meat from one Ise Lobster is relatively little considering the size of its body. I’ll also carefully take out the meat stuck firmly to parts of the shell. One lobster can be used to serve two people.

After taking out the meat, I’ll steam the shell and use it for plating later.
I’ll be adding some flavors to it.

I’m going to flavor the lobster. I’ll add some salt, pepper, and sake, and knead it with my hands. After that, I’ll be adding water-soluble starch and egg whites, and knead it more. I’ll leave it as is for about 15 minutes.

Chef Wong:
I’ll be cutting the top part of the lobster’s head with scissors and steam it. It will be used later for plating.

This is lotus root that I had sliced thinly beforehand. I’ll be frying them and using them as vessels later.

I’ll prepare the other ingredients. After blanching the vegetables in a pot, I’ll lightly blanch the lobster meat and quickly stir fry it in some oil.