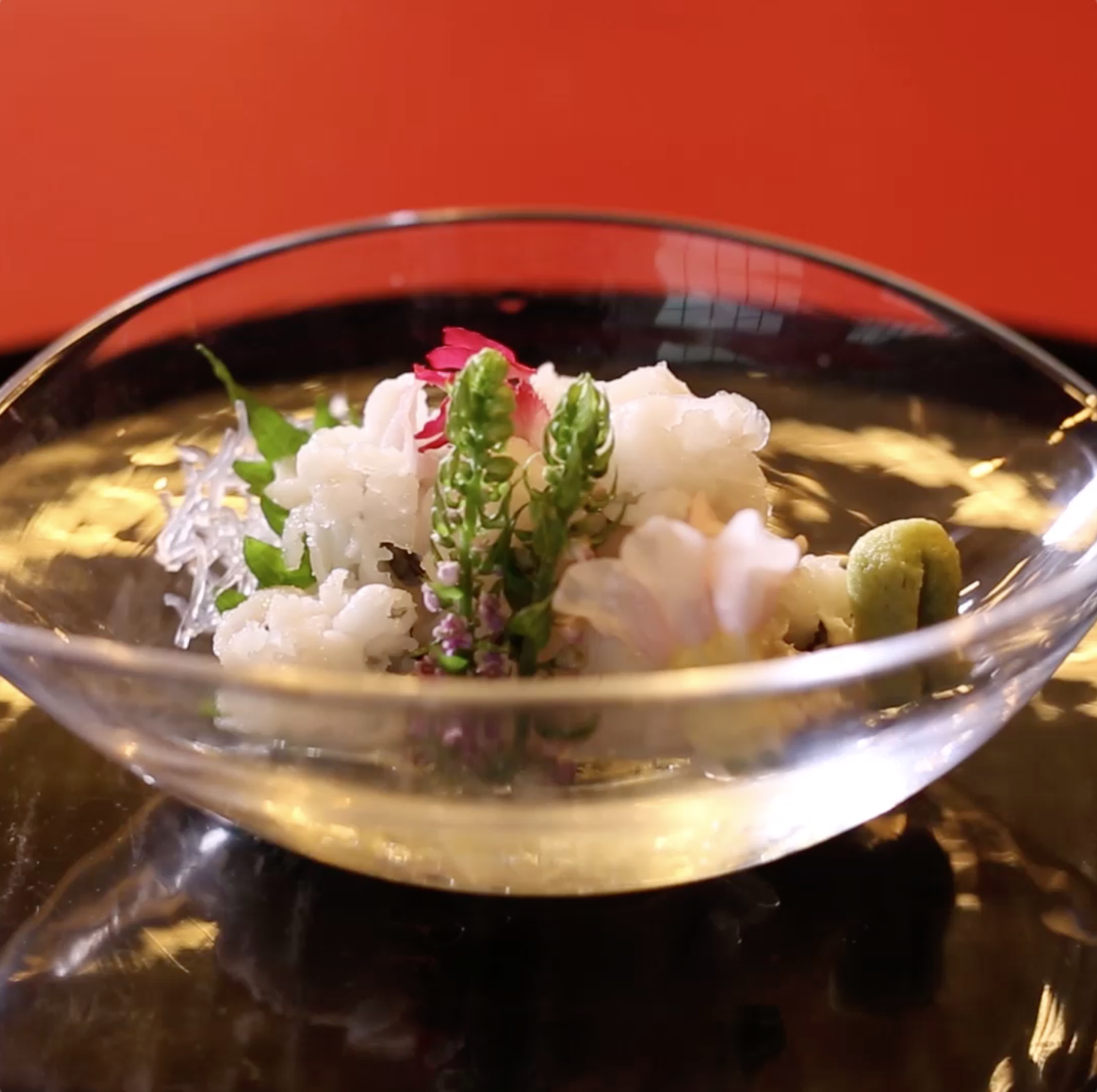 After removing the guts and spine from the conger pike, lots of little bones remain in the flesh, and instead of removing these, they are broken up into little pieces with a knife. There is a special knife designed for this purpose, but I do everything with this deba bocho (*2) that I am used to using.

*2: Deba bocho
A pointed carving knife mainly used for cutting fish, that is thick and ends in a point.

I place a pan containing safflower oil in hot water to heat it up. In this way, the oil does not come in direct contact with the heat, and in the hot water, it never goes above 100°C. If it did go above 100°C, all the moisture contained in the conger pike would soon evaporate, so it is important to do it under 100°C.

Vol.3：Dipping sauce for the conger pike

Into the dipping sauce goes kelp stock, saltwater, mirin, shiso leaf, and vinegar.
At Sakurae, I do not use salt in its powdered form. I use rock salt that has been ground finely then dissolved in hot water. This makes it easier for the salt to permeate throughout.

Firstly, I add the mirin and saltwater to the kelp stock, then boil it to burn off the alcohol.
Next, the shiso leaf goes in. Since I only use this to give the sauce fragrance, I remove it after it has cooked for long enough. Once the sauce has cooled a little, I finish it off by adding the vinegar.

The resulting sauce is a clear liquid with the fragrance of shiso, which gives a nice accent.

Q: Is plating the dish something that you do with a chef’s sense?

Chef Mitsuda:
In Japanese cuisine, there are certain set ways of plating a dish. Examples include piling the food high in a shape that resembles a cypress tree, or forming a triangle with three different kinds of food. From that starting point, people have various aesthetic senses. There are some chefs who will purposefully deconstruct these forms, and recently, more and more chefs are incorporating plating techniques from Western cuisine.