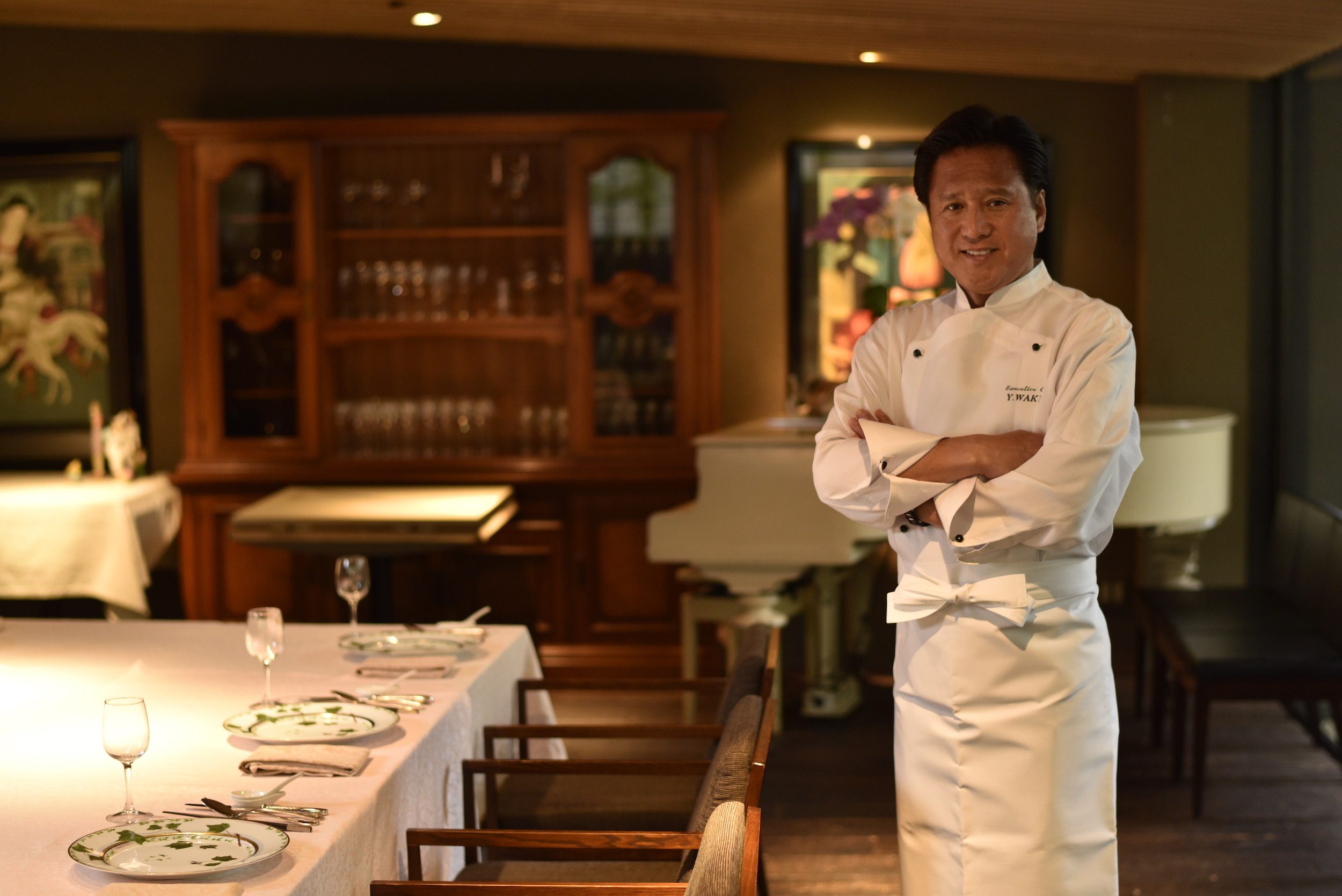 Mr. Wakiya moved to Tokyo from Hokkaido when he was 15 years old. He apprenticed in Sannouhanten in Akasaka, and became head chef of Tachikawa Regent Hotel‎ after working at the Tokyo Hilton Hotel and Capitol Hotel Tokyu as a sous chef. He has also appeared on the TV show Iron Chef.
He failed in a competition featuring dishes using sea urchin. However, he won the papayas battle and became very famous all over Japan.  After that, he became CEO and head chef of Turandot Yusenkyo at age 43. He opened his first restaurant, Wakiya-Ichiemicharou in Akasaka, where he is emotionally involved.  I interviewed him about his future dreams, and about what is important as a chef. He is known as a pioneer of "modern Chinese," which is Chinese cuisine mixed with French. 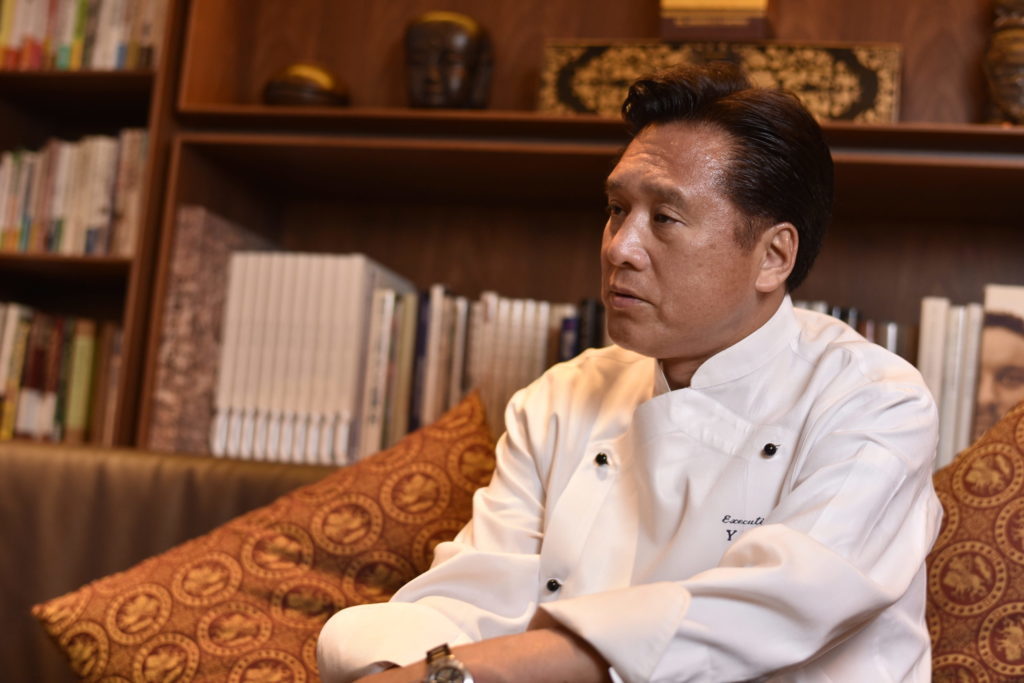 His start in the food industry was from scratch; he had no knowledge or understanding of food terminology.

Mr. Wakiya:
I’ve liked eating since I was a kid. I think I became interested in cooking when I was in the third grade of elementary school. My mother was sick and my father always made fried rice for me. His fried rice was actually pretty bad!  Therefore, I started making it by myself and it was quite good. After that, I became more interested, and started making fried eggs and ramen. I put marinated vegetables in the fried rice and I tried various ideas and found out how I could make a dish more delicious.

What made you enter the food industry when you were 15 years old?

Mr. Wakiya:
When I was in the second grade of junior high school, I had a chance to eat authentic Chinese food at Sannouhanten in Akasaka. I was so impressed with it. My father was a friend of the senior management director. He said “I would like to have my son become a chef.” If you are serious about it, earlier is better because Chinese knives and pots are very heavy. So I took it very seriously and went to Azabujuban after graduating from junior high school.

What was it like when you started your apprenticeship as a chef?

Mr. Wakiya:
I thought about quitting so many times! There were three month, six month and one year of struggles. The first difficulty was the lack of strength. My body didn’t get used to the routine of waking up early in the morning and finishing so late in the evenings. And after six months, my seniors scolded me for mistakes that they used to ignore before. They taught me to see with my eyes, judge with my mind, and take action. I needed to be able to take action as soon as they taught me. However, I couldn’t remember. They told me to have eyes in the back of my head and rabbit ears. I didn’t really understand what it meant. Well after a year and a half, you get to know what it means. While washing pots, you see what is happening behind you. Someone orders an appetizer, the dim sum hasn’t been served yet, or something is happening at the table. I got to understand it. While washing dishes, I can hear the sounds of pots behind so I know, “Ah, so that’s going to be cooked soon” just by the sounds. So I would stop washing and begin preparing dishes and serving. That’s what it means to have eyes in the back of your head and make your ears like a rabbits’. You understand what you have to do next from the sounds. “Ahh, the fried food is going to be cooked ,earlier than usual,” and so on. You can prepare for the next motion if you hear the sounds even if you are doing something else. 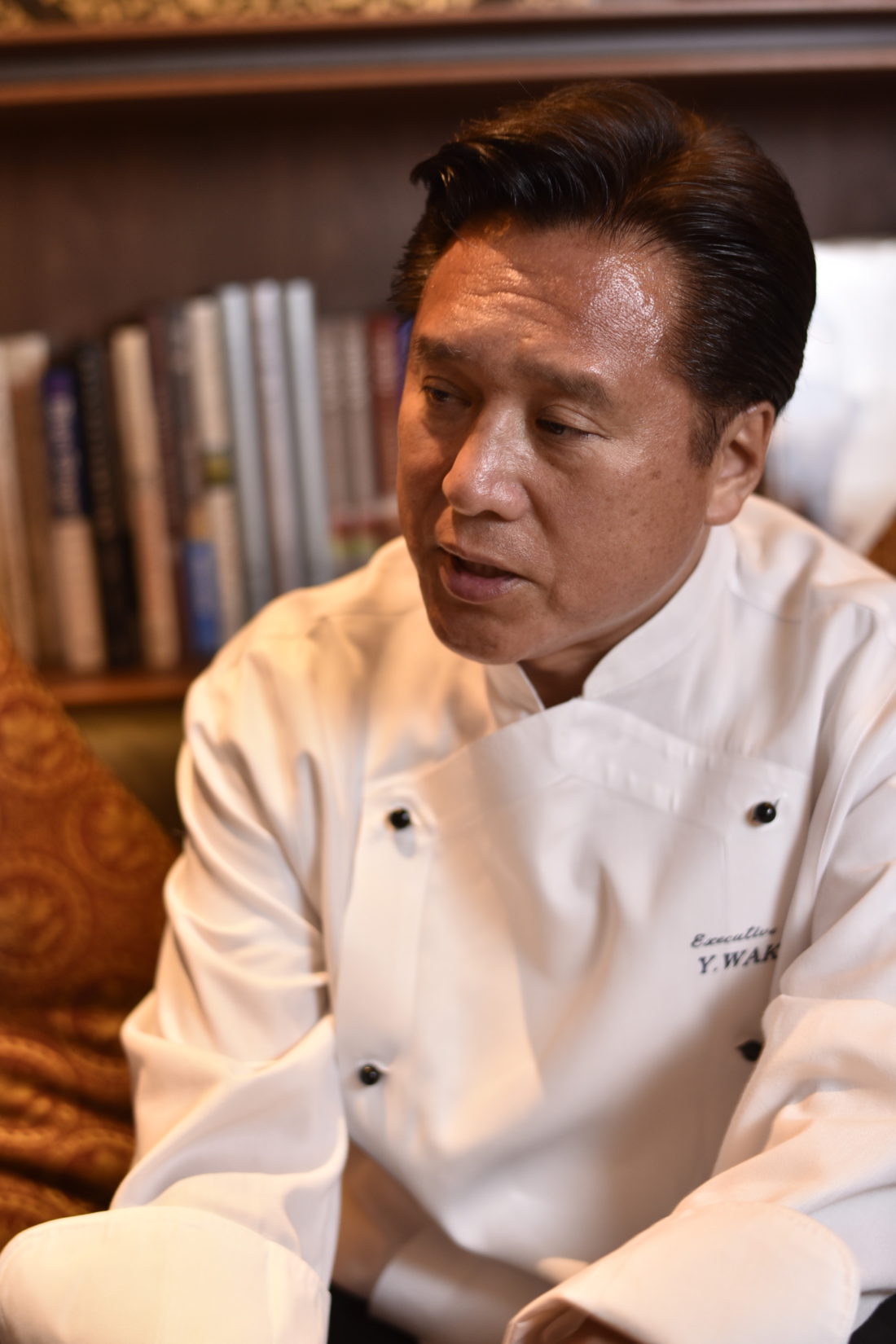 Having eyes in the back of your head! Washing Chinese frying pans must be very tough. Does everybody start with that?

Mr. Wakiya:
Yes. Everybody gains experience by washing chinese pots. You get calluses on your palm called ‘pot callouses.’ It is very hard to carry things when you have a callus but your palms get used to it and you adjust. So washing pots teaches you how to use these pots.

Was there anyone who started without any knowledge about cooking, like you?

Mr. Wakiya:
Well, no, I was the only one. Most of them graduated from culinary arts schools. I was 15 years old and everybody else was 19. However, the people who started were all my colleagues. Age didn’t matter. So I called them by their first name even though they were four or five years older than me! However, I was puzzled at first because having knowledge from technical colleges and not having any knowledge about cooking are totally different situations. After six months, I found out what people were talking about, and started being competitive, so I worked very hard.

What was the first dish you cooked after you entered the food industry?

Mr. Wakiya:
The first dish I made was fried rice! It was for myself, though, not for customers. 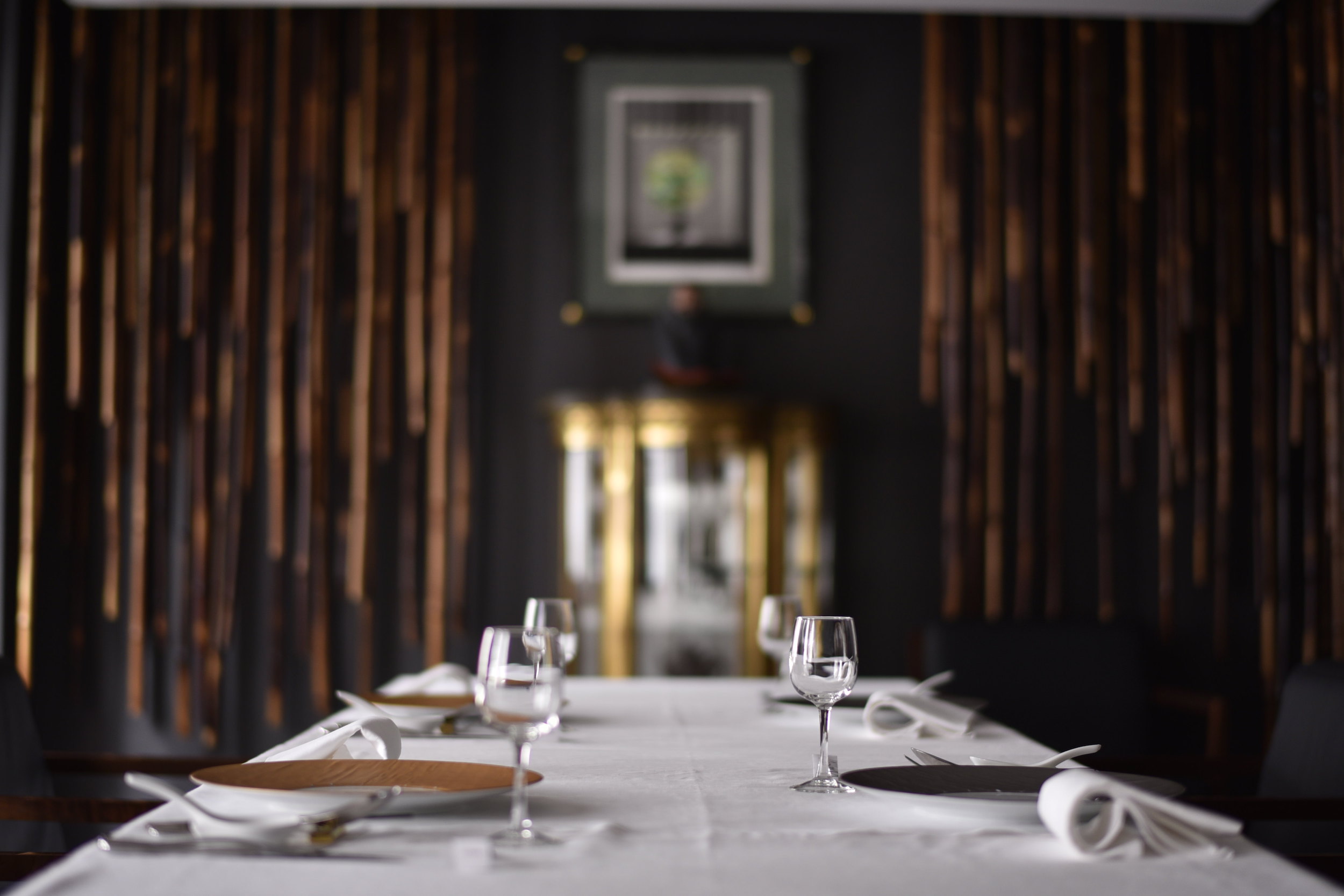