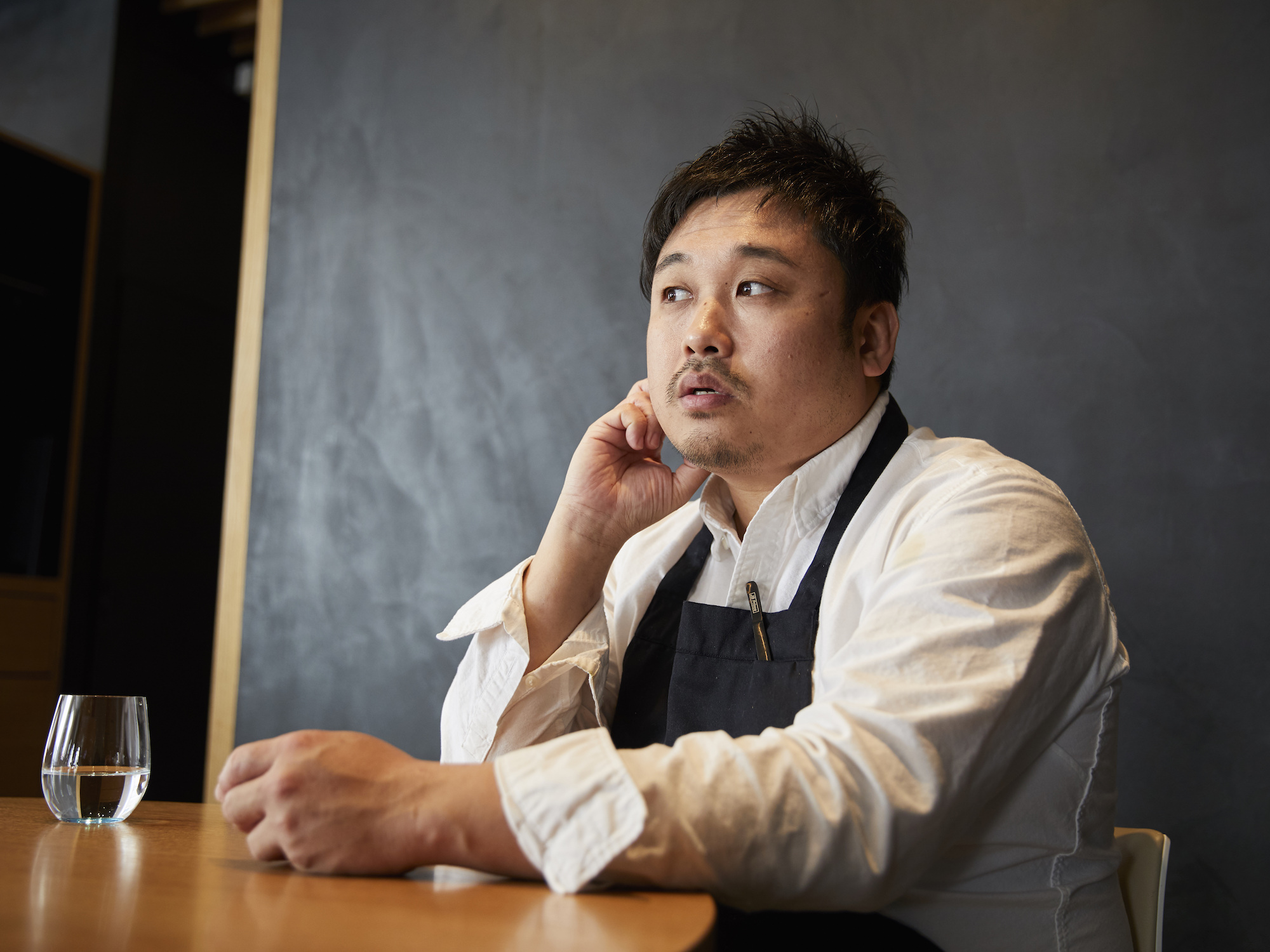 Mr. Ito was born in 1976 in Chiba, and often had chances to be close to food materials on his own since elementary school. He entered École Culinaire (currently École Tsuji) after graduating high school, partially because of being influenced by cooking programs. After graduating he entered Restaurant Hiramatsu and worked there for 18 years. Along with the development of Restaurant Hiramatsu, he helped open restaurants all around the nation.
He was also involved with the opening of Restaurant Hiramatsu in Paris. After serving as head chef at Restaurant Hiramtasu in Paris for ten years he opened the long‐awaited L’Archeste. I took a chance to hear from him as a strategist who earned one Michelin star and continues to make rapid progress. 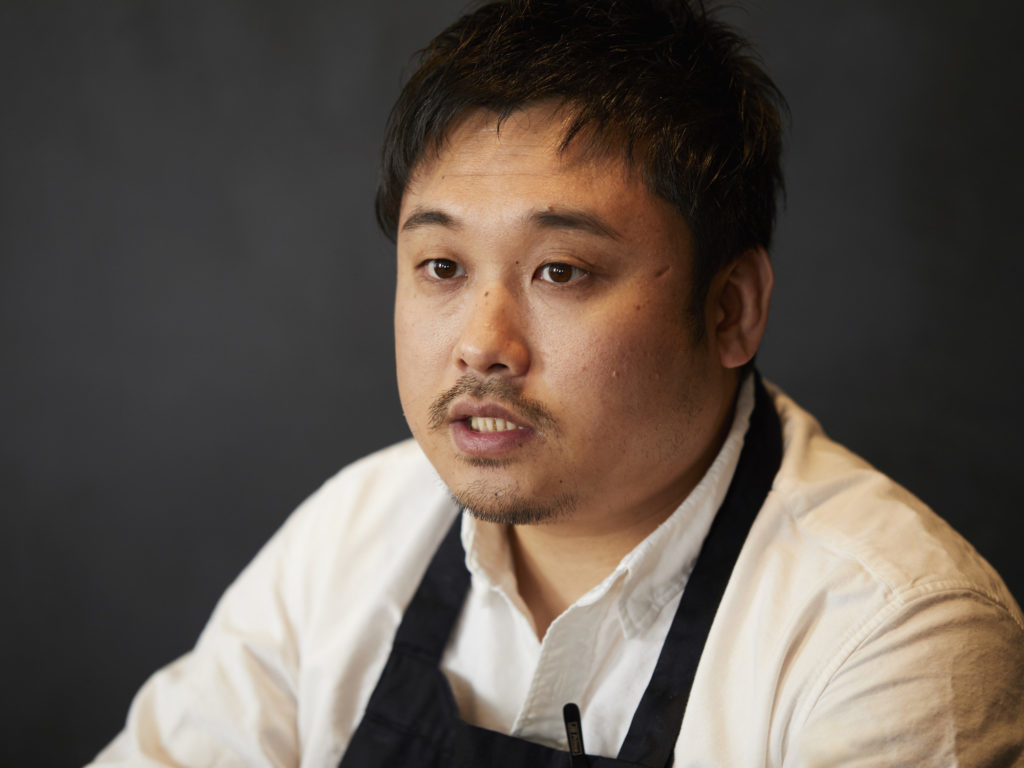 Life as a chef that started from a small deliciousness. The place that I thought was a western restaurant was a real French restaurant.

What was the reason that you decided to become a chef?

Mr. Ito:
It is not really a coincidence. I was in a family of my mom, myself, and my younger sister, so on Saturdays when school ended early and my mom was working I sometimes would cook for my sister. When I had opportunities like that, I thought cooking was fun, and I was also simply glad when my sister said, “It is delicious.” When I think of it now, it absolutely was not delicious. And it was quite common in our generation, but I was influenced by the TV program Iron Chef. It was an era where people admired the job title of chef.
The reason I chose the field of French cuisine was also from admiration.
I grew up in Funabashi, Chiba, the countryside, and food at home was pretty much all Japanese food, so I admired foods that I had never seen.
Foods like bread-crumb-fried shrimps at the diners were delicious back then.

Mr. Ito:
Yes, I had a mind that I wanted to join the real field as soon as possible so even though my mother told me she wanted me to go to university, I entered culinary college right after graduating high school. The reason I entered culinary college was that of course I wanted to learn cooking, but also because I thought I could have a wider career path with the connections there. Since the school helped find our work, I thought the school was one of the best ways to get a job.

What kind of restaurant did you train at?

Mr. Ito:
When I was in school, I worked at many restaurants. I worked at sushi places and tonkatsu restaurants. I had even worked at a pizza restaurant, and cooked at an izakaya bar.
After graduating culinary college I was hired by Restaurant Hiramatsu through a referral from the school, and worked at the same company until I went independent.

How were you able to get the job at Restaurant Hiramatsu?

Mr. Ito:
I told my teacher that I wanted to work someplace where I could train hard. Then I was given choices like Restaurant Hiramatsu and Hotel de Mikuni, and I was fortunately hired by Restaurant Hiramatsu, the first place that I went for an interview.
Actually when I heard the name “Hiramatsu” I thought it was a western restaurant. But then I went and discovered it was actually a French restaurant. 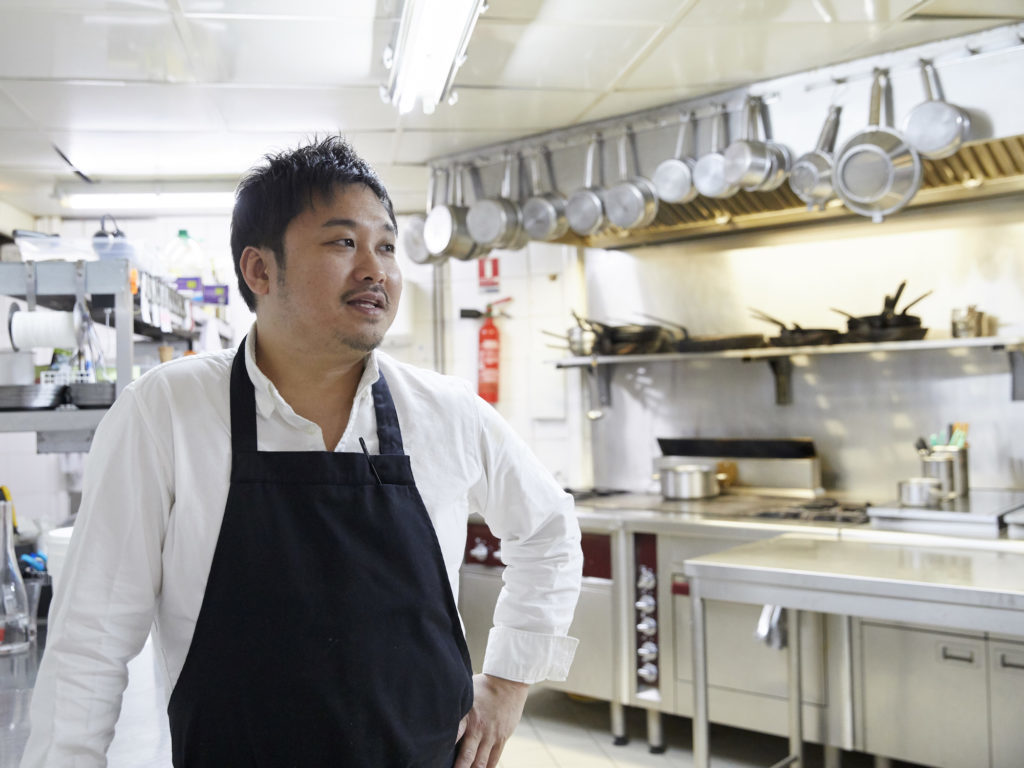 Given new projects every time I requested resignation, and spending 18 years as a salaried worker chef.

I heard that you worked at Restaurant Hiramatsu for a total of 18 years.

It is such a long career for someone who works for restaurants.
Did you not think about resigning along the way?

Mr. Ito:
There were many times that I thought of quitting. For example, after around three years after I started I said that I wanted to go elsewhere. There were several times like that.
But every time I was offered new projects, it was not like extending and extending but as a result, I was able to spend 18 exciting years at various places and various restaurants among Restaurant Hiramatsu.

It was a part of a project of Restaurant Hiramatsu that I stood in the culinary field in France for the first time. I was chosen as a start-up member when the company was planning to open a restaurant in Île Saint-Louis in Paris in 2002. Back then I had a strong desire to go to France even if I had to quit the company, so it was good timing. So I decided to go to France as an employee of Restaurant Hiramatsu.

And you were inaugurated as head chef of the branch in Paris of Restaurant Hiramatsu.

Mr. Ito:
Of course, not immediately. In 2002 Restaurant Hiramatsu opened in Paris and I served at the lowest position using the training system of the company for a year and a half.

After that the company planned to open a new restaurant in Sapporo (currently L’auberge de L’ll Sapporo), so I went back to Japan and helped with the opening for about a half year.

When the restaurant in Sapporo was settled, I went back to Paris again. The branch in Paris was going to be moved from Île Saint-Louis to the 16th district near the Eiffel Tower, and I was inaugurated as head chef at that time. After that I worked there for ten years. 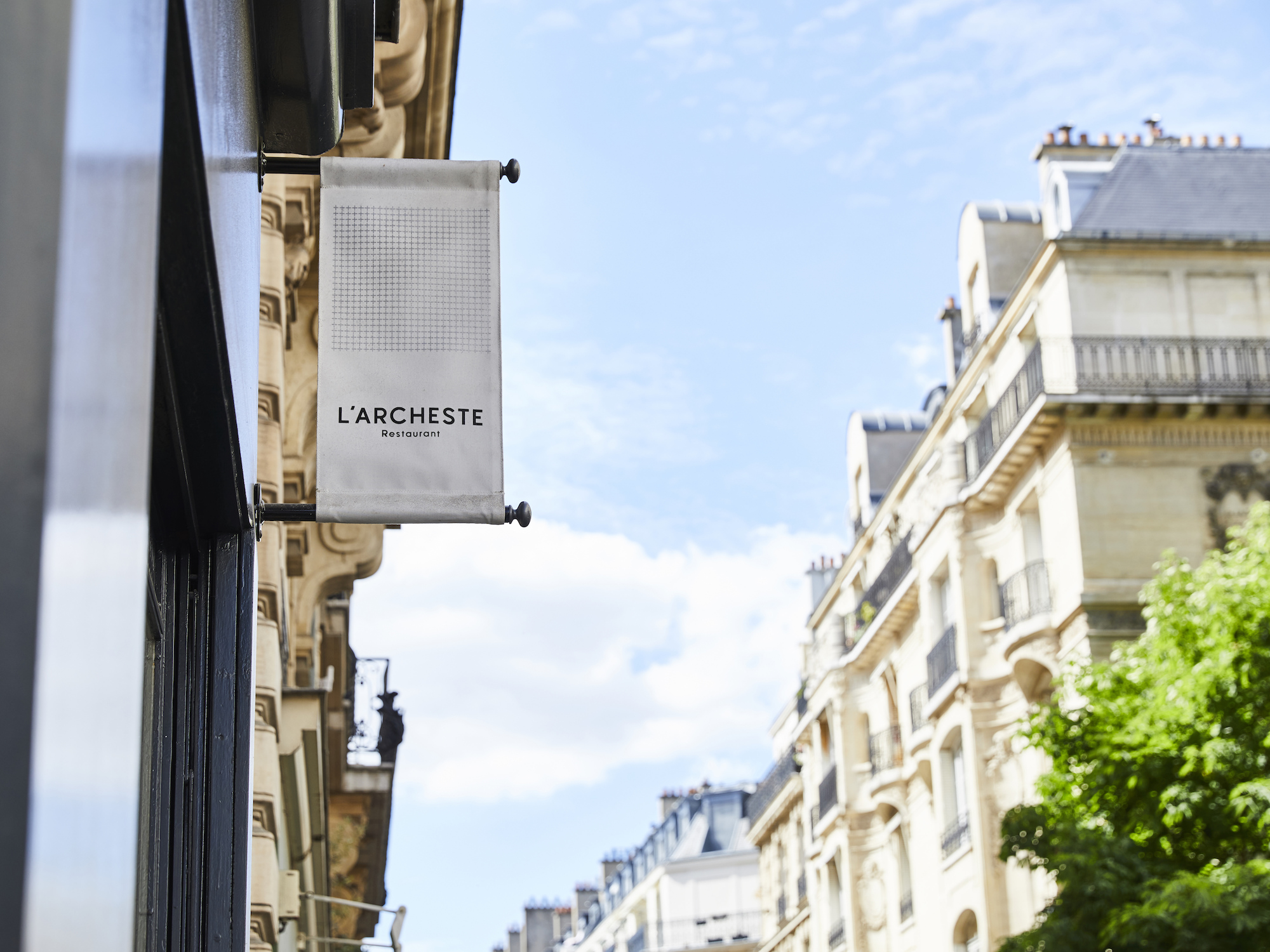