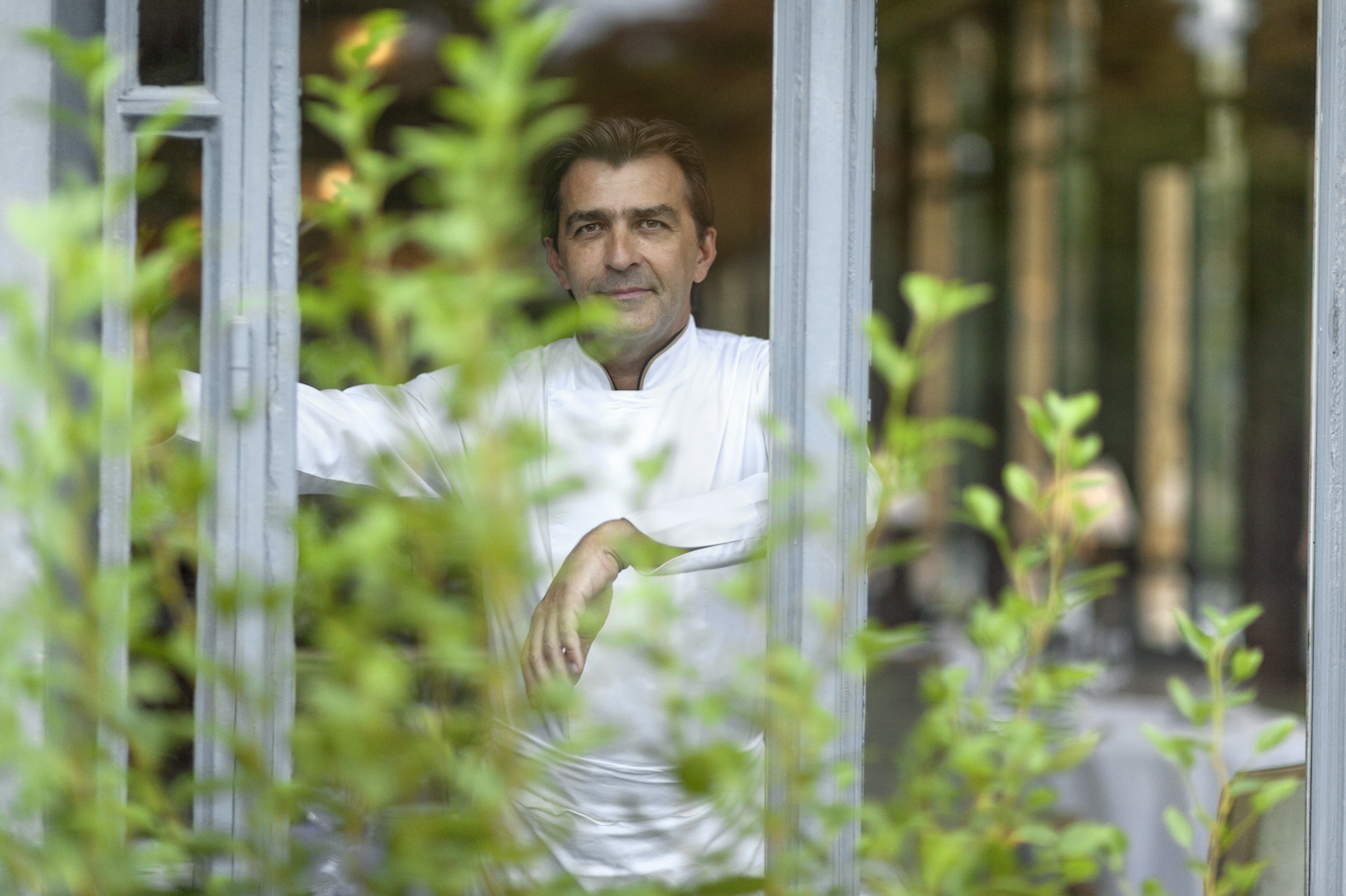 In 2017, Alléno’s restaurant at the Courchevel ski resort earned a third Michelin star, catching up with his Alléno Paris au Pavillon Ledoyen and generating wide media coverage. Alléno runs 16 restaurants in five countries. His 1200 page and 17 kilogram recipe book (worth the price of 1500 euros), which also exists in an abridged version, has become a bible for cooks. Since 2011 and every two months, he published “Yam” the magazine for the chefs, by the chefs, that presents 30 recipes and various products, and spreads the values of Modern Cuisine. I had a chance to interview this chef, who remains in the spotlight. 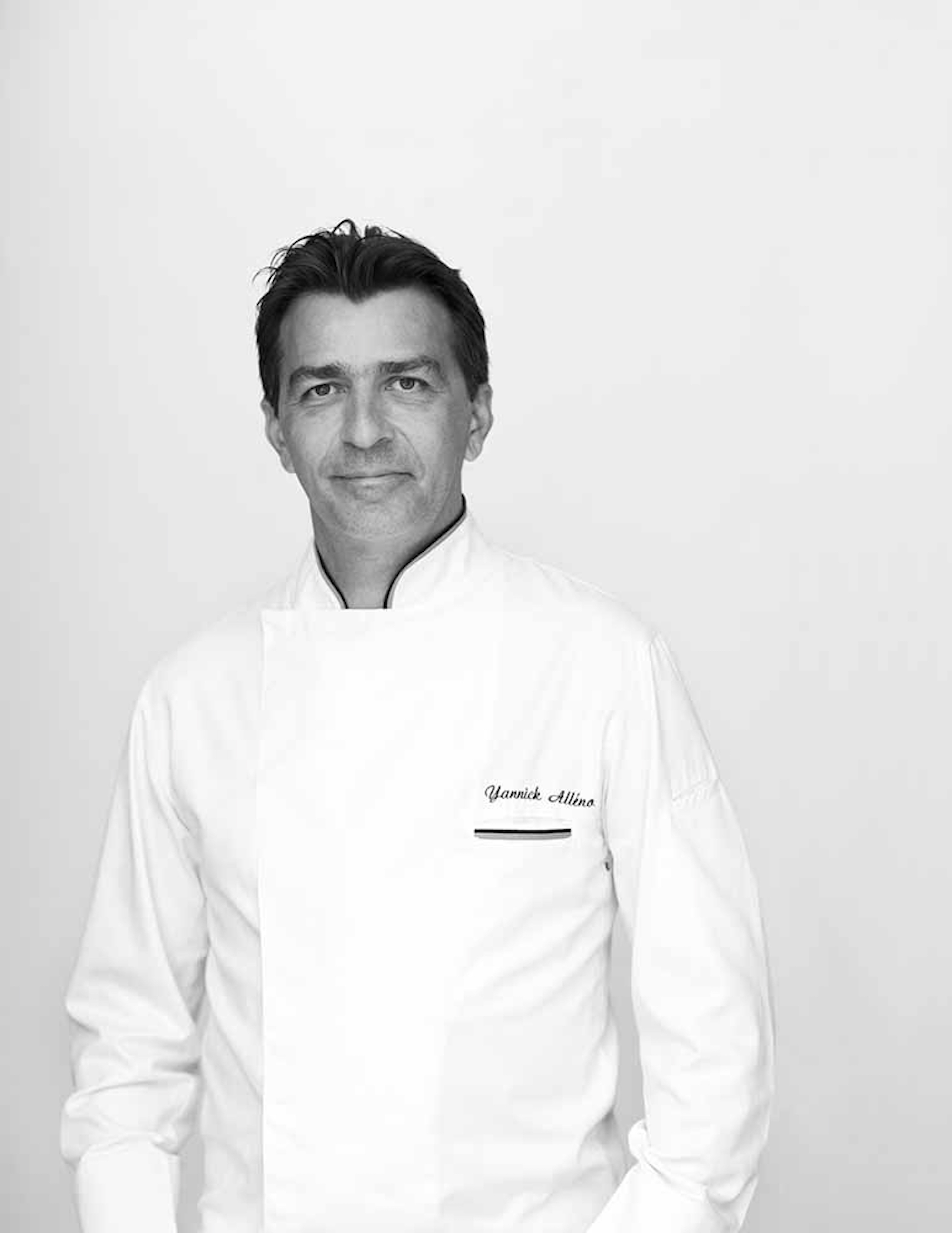 Why did you choose this profession?

Alléno:
I’ve always lived in the kitchen. My grandmother was a great cook. My parents ran bistros in Paris suburbs. They passed their passion on to me at a very young age. At eight years old, I already knew that I wanted to follow this profession. And at fifteen, when I entered the cooking world, I realized that I would make my life of it, without realizing what an incredible adventure awaited me.

When we ask about the circumstances that brought him to his present position
I began my apprenticeship with Manuel Martinez at the Relais Louis XIII. After obtaining my certification, I worked at the Royal Monceau with Gabriel Biscay. Then I joined the Sofitel Sèvres with the chefs Roland Durand in command, then Martial Enguehard.
Then it was at Drouant, while assisting Louis Grondard as his sous chef, that I acquired maturity, professionalism, and a clear idea of my goal.

In 1999, I was awarded the Bocuse d’argent (silver Bocuse, second price at Bocuse d’or championship). Thanks to Paul Bocuse’s introduction I received my first chef contract at Hotel Scribe’s restaurant in Paris, where I was able to earn two Michelin stars.
In 2003, I was hired by Hotel Meurice. In 2004 I earned two stars; and in 2007, a third one. When I arrived at Le Meurice in 2003, the house had a turnover of seven million euros a year. Ten years later, when I left, we reached eighteen million euros a year.

In 2008, I created the Yannick Alléno Group, a catering group that aims at promoting, in France and internationally, products and contemporary concepts in the field of luxury gastronomy.

Is there a chef who has particularly influenced you during your career? What did you learn from him?

Alléno:
One of my finest professional encounters was with Louis Grondard, when I worked at Drouant. He taught me almost everything I know today. But all of the chefs with whom I learned my trade – six MOF – Best Craftsmen in France – had a real impact on my career: Manuel Martinez, Gabriel Biscay, Roland Durand, Martial Enguehard, Jacky Fréon, and Louis Grondard. They taught me perfection in my work.

There are also those who have supported me… I am thinking of Paul Bocuse in particular who has always been extremely kind to me since our meeting at the Bocuse d’Or in 1999, and who has also helped me at times.

When did you really start striving for excellence?

Alléno:
Quite quickly, when I began my apprenticeship with Manuel Martinez at the Relais Louis XIII. I was supervised by Philippe Jourdin, Michel de Matteis and Martinez – a phenomenal, highly professional training. It was at that time that I understood I wanted to make my name in this profession through excellence.
It hasn’t been easy every day, but nobody can play in the big league without reaching the required level. So I hung in there, for I liked being in the kitchen and was coming to work with a happy spirit every day.

Has the desire to earn stars for your own restaurant been present from the beginning?

Alléno:
I think that when one decides to embrace a career that links passion and art – or sports for that matter – then competition quickly becomes part of one’s daily life, the competitions and the great rewards that result from them. Three Michelin stars are the Holy Grail for whoever decides to enter the “haute cuisine” rim. A third star was my only goal during the first twenty years of my career.

Today, receiving a third star for the second time at the same time for both Alléno Paris au Pavillon Ledoyen and Le 1947 à Cheval Blanc Courchevel, is beyond what I could imagine. I am just so happy our Modern Cuisine receives such a warm enthousiasm.

What difficulties did you encounter in your career and how did you overcome them?

Alléno:
Our profession is not always easy; you have to be passionate about it. Work, perseverance, and resilience are the keywords of my professional life. You have to believe in yourself and work hard… And more importantly, when you are given the chance to live your passion on a day to day basis, it gives you so much pleasure that one must be thankful. 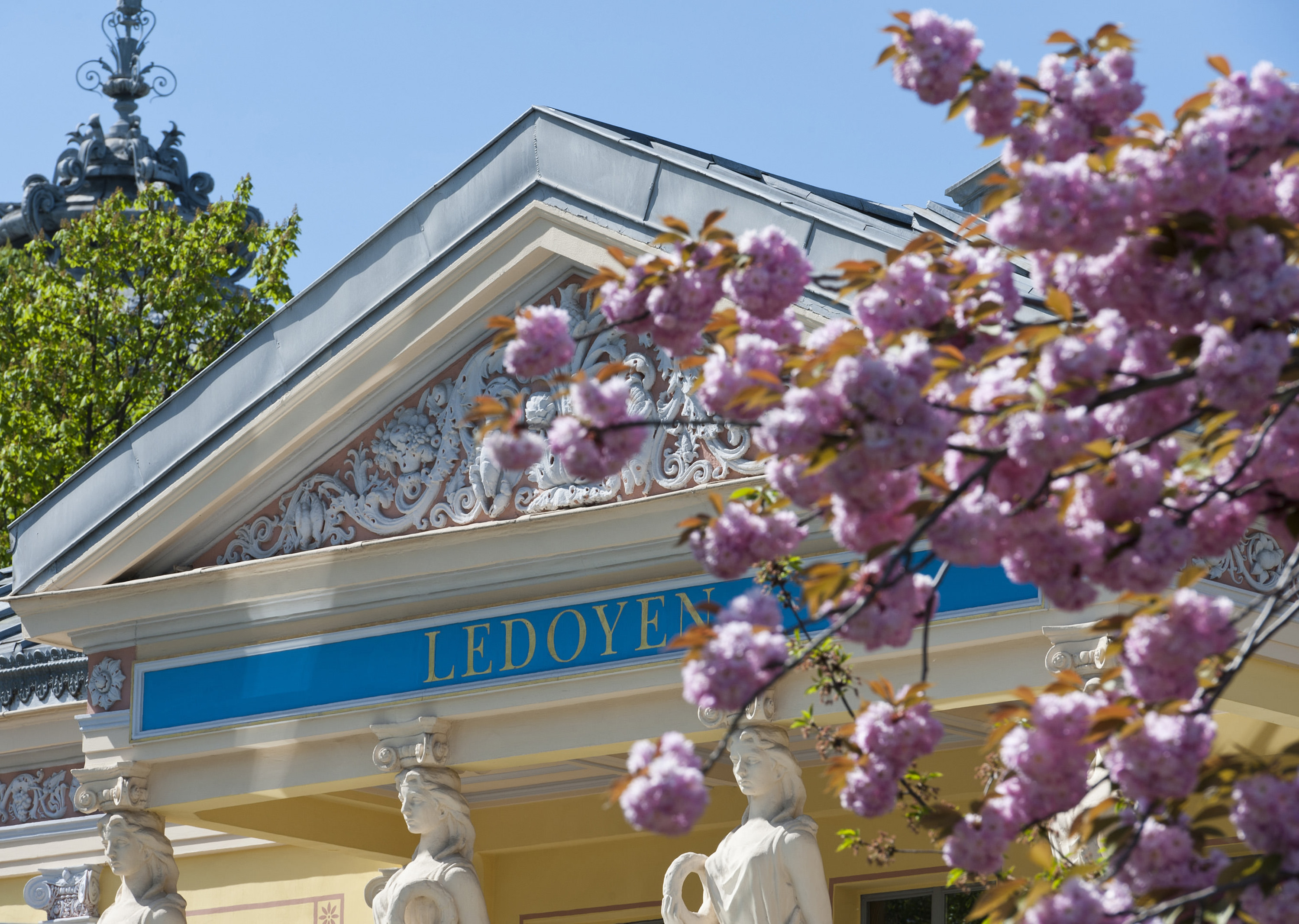