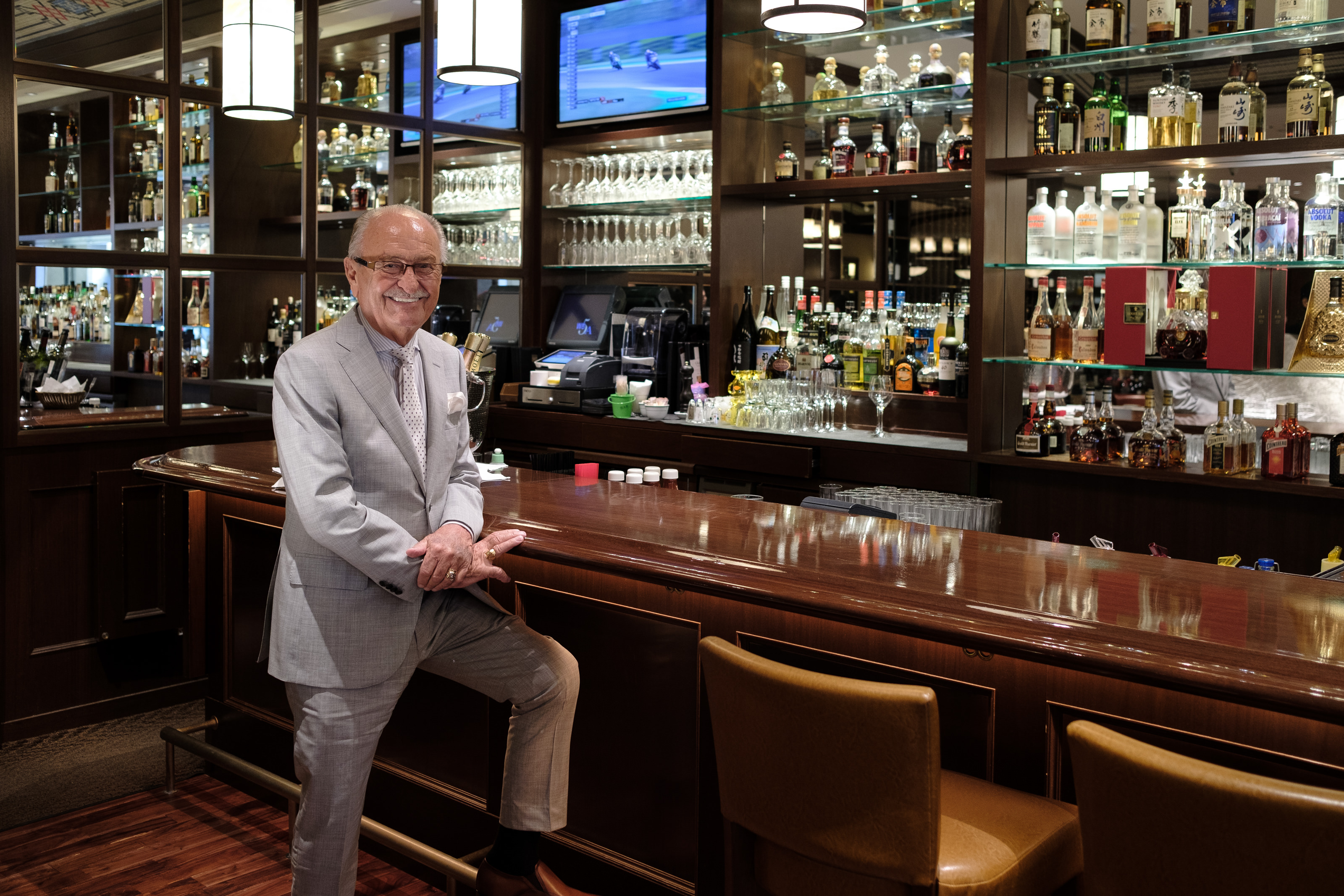 Wolfgang Zwiener is the founder of “Wolfgang's Steakhouse,” a restaurant that is well-known for its top-grade steaks made with tender aged beef. And, their aged beef relies on their very own in-house dry-aging cellar.
Mr. Zwiener spent over 40 years as a head waiter at a renowned New York steakhouse before moving on to start a restaurant of his own. We sat down for an interview to trace the story behind his career, as well as his gain some insight about his thoughts on the profession and the work habits that got him to where he is today. 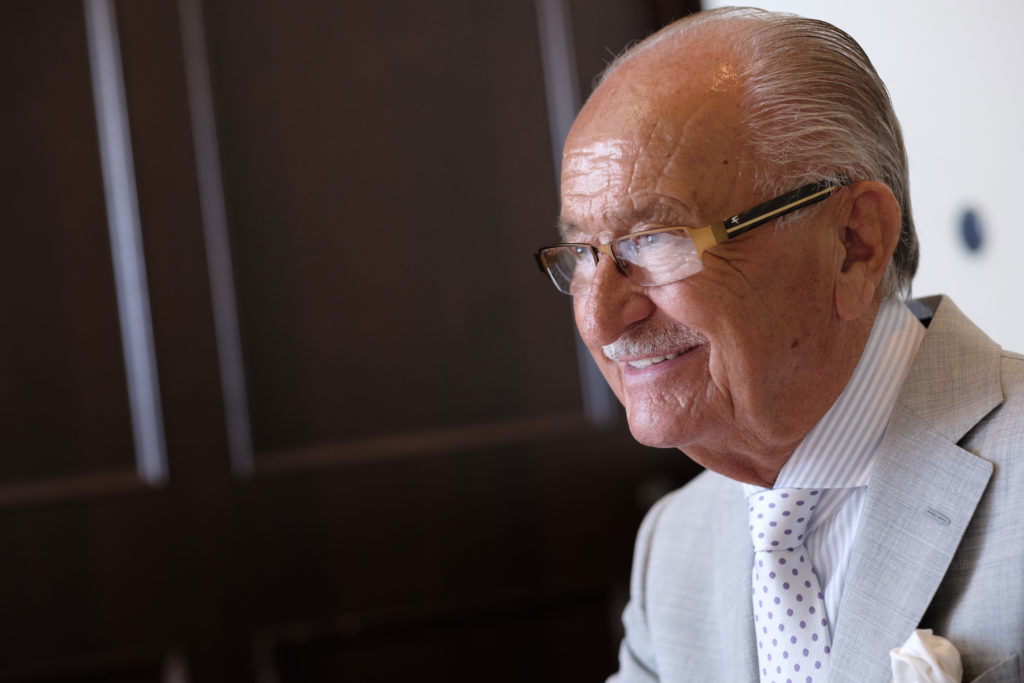 Leaving for New York City to embark on a new calling

Let me start by asking about your upbringing and how you first got interested in the restaurant industry.

Mr. Zwiener:
I was born in Bremen, Germany in 1939. My family ran a restaurant, but there was a battle nearby during World War 2 and the restaurant burned to the ground.
I think my mother was hoping that I would go on to become a chef. However, I really liked to be around people and I was a very talkative person, so I started thinking about becoming a waiter.

After I finished high school I enrolled in a trade school that centered on the hotel business so I could go on to work as a waiter in Germany. I spent 3 years learning about the fundamentals of hospitality and accounting. I learned all the prerequisite knowledge for working in hotel service, including how to properly set tables. I also trained to properly prepare a restaurant for business each day and other duties like that.
Once I finished my studies I started building up experience by working in service at hotels and restaurants in Germany.

From there I took a job at Park Hotel and I did some restaurant service work on a ship. Then when I was around 20 I had an uncle who ran an elevator business in New York. He invited me to come and help out so I made the trip over there to join him. This was in 1959. The job ended up being terribly dirty and back-breaking. I didn’t like it one bit and in the end I quit after about a year or so. When I left I started working at the Hilton Hotel in New York City.

What was it like working at the Hilton Hotel?

Mr. Zwiener:
I worked in the service section for weddings and parties. There wasn’t any work to do in the summers since that was off-season for weddings, and the hotel was in control of any tips the guests gave us, so I didn’t make much money there. Around that time I married my wife as well. I originally met her when I was still working for the elevator company. So, now that I was married I really had to think about my career and what I could do to earn more money.

I had a friend from Germany named Kurt that I knew from the Hilton, and he told me about this great restaurant he had and asked if I wanted to come and work there. The restaurant was the famous New York steakhouse “Peter Luger.” I came on to work there as a waiter, which must of been in 1963. 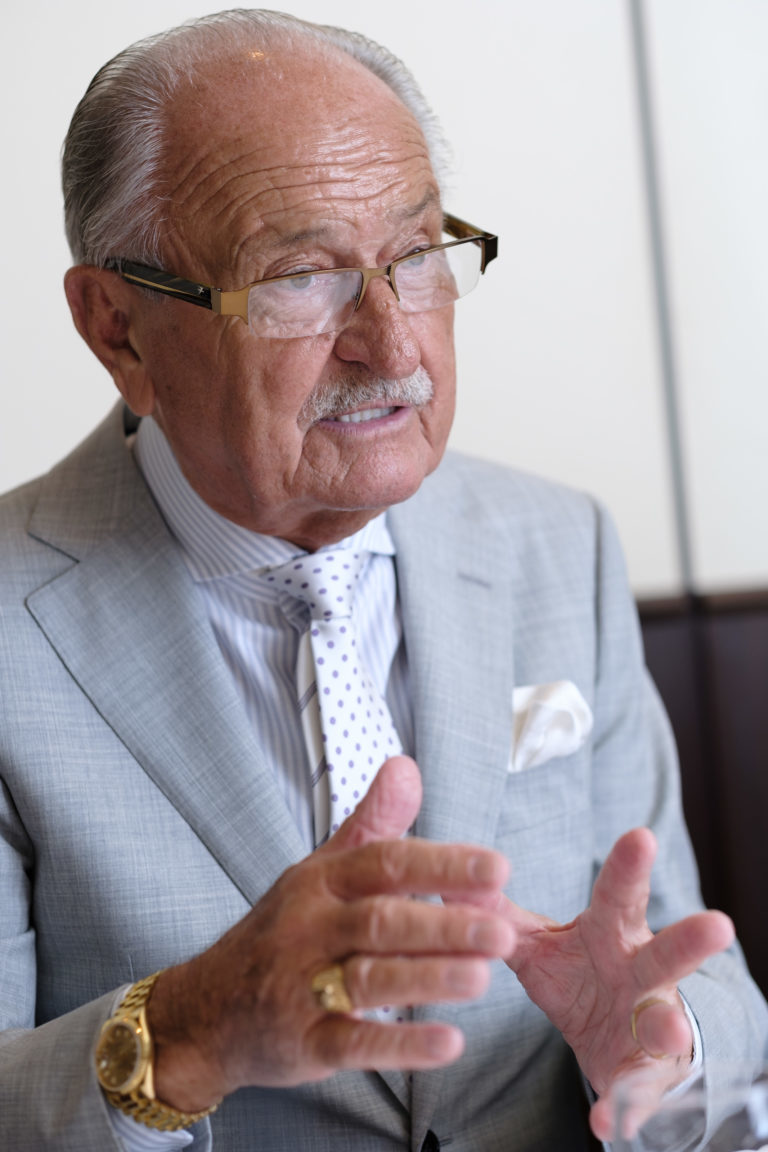 What was your impression of the restaurant back then?

Mr. Zwiener:
Peter Luger in those days had a casual beer hall-like feel to it, which was different from the classic-style atmosphere the hotels went for. They didn’t even have tablecloth or anything. The menu had beef steak and rump steak, as well as stuff like sliced tomatoes and sliced onions for hors d’oeuvres. Their menu just stuck to the basics for the most part.

I needed the money now that I had a wife and child to support, so I put everything I had into working each day. I was well-liked by the customers that dined there, and my reputation as a waiter grew favorably. The restaurant relied on me a lot and they kept asking me to move up and become a manager.
But the things is, becoming manager would have put up distance between me and my place of work. Also, being a manager meant no tips, which would have put a big dent in my pay (laughs). So, I repeatedly declined their offer by telling them that I wasn’t interested in management. Back in those days you could make 3 to 4 times the amount of money a manager made once you included tips.

Then after 4 years in 1967 I stepped up to be the head waiter at Peter Luger, which meant that I led the waitstaff. 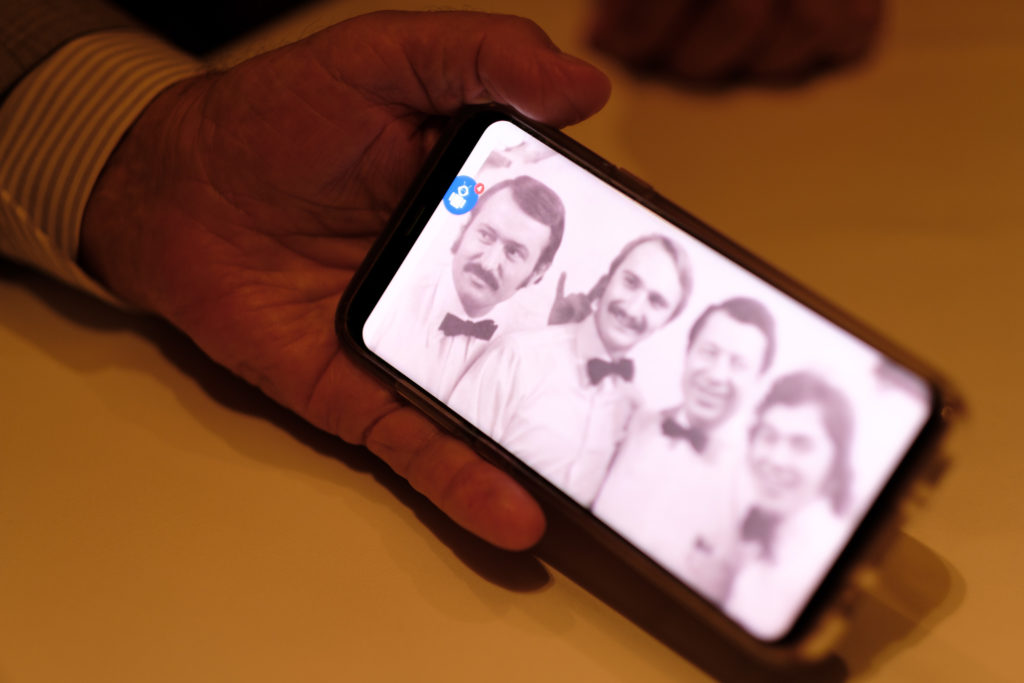 Those tips you were earning really reflected how much the customers loved you. How did you go about becoming such a beloved waiter?

Mr. Zwiener:
Well, really all you have to do is take the basic aspects of the job seriously. You can’t be late or anything like that. I would be sure to remember what drinks and food our regular customers ordered. I did obvious things like that. Being able to eloquently describe the food and drinks on the menu is an important aspect of hospitality for a server. It was important for me to be indirect when I talked and not rush ahead to get straight down to business.

Other than that you always have to look your best. I put a lot of thought into how I looked. One of my daily routines was to change into a fresh shirt when we switched from lunch to dinner hours.

And, back then you couldn’t use credit cards at the restaurant. So, on some occasions I would even foot the bill if the customers didn’t have the right amount of cash on hand.

Was it ever hard living in a foreign country?

Mr. Zwiener:
Truly I’ve been very fortunate in my life. I was lucky to have been invited to New York by my uncle, and I was also fortunate to have been referred to Peter Luger by my German friend at the Hilton. Things were good for me in terms of income as well.

To add to that, I met my wife and was blessed with the birth of my sons, which made things very happy at home. And since I had money coming in I was able to give my sons a good education, which enabled them to find nice careers. My eldest son, Steve, got into banking, and my younger son, Peter, got his pilot’s license, and after that he found a job in banking as well.
My life has been nothing but good to me, so I don’t really have any painful memories or tales of hardship from living in a foreign country.

You spent 40 years working at Peter Luger, which is quite a long time. Did you ever grow tired of the work during that time? Or, did the work ever start to wear on your body after all those years?

Mr. Zwiener:
No, not at all. The restaurant’s manager was always working away in their office and didn’t come out into the restaurant. This meant that I had free rein over my work and I could do as I pleased.
In those days I would work close to 13 hours a day, but at night I would make sure to get a little refreshment in the form of a drink (laughs).
Thankfully, both then and now in terms of my health I haven’t had much trouble. In America the training manual for those in charge of service states that you can’t lift heavy objects, so I was able to work without succumbing to back pain and the like. 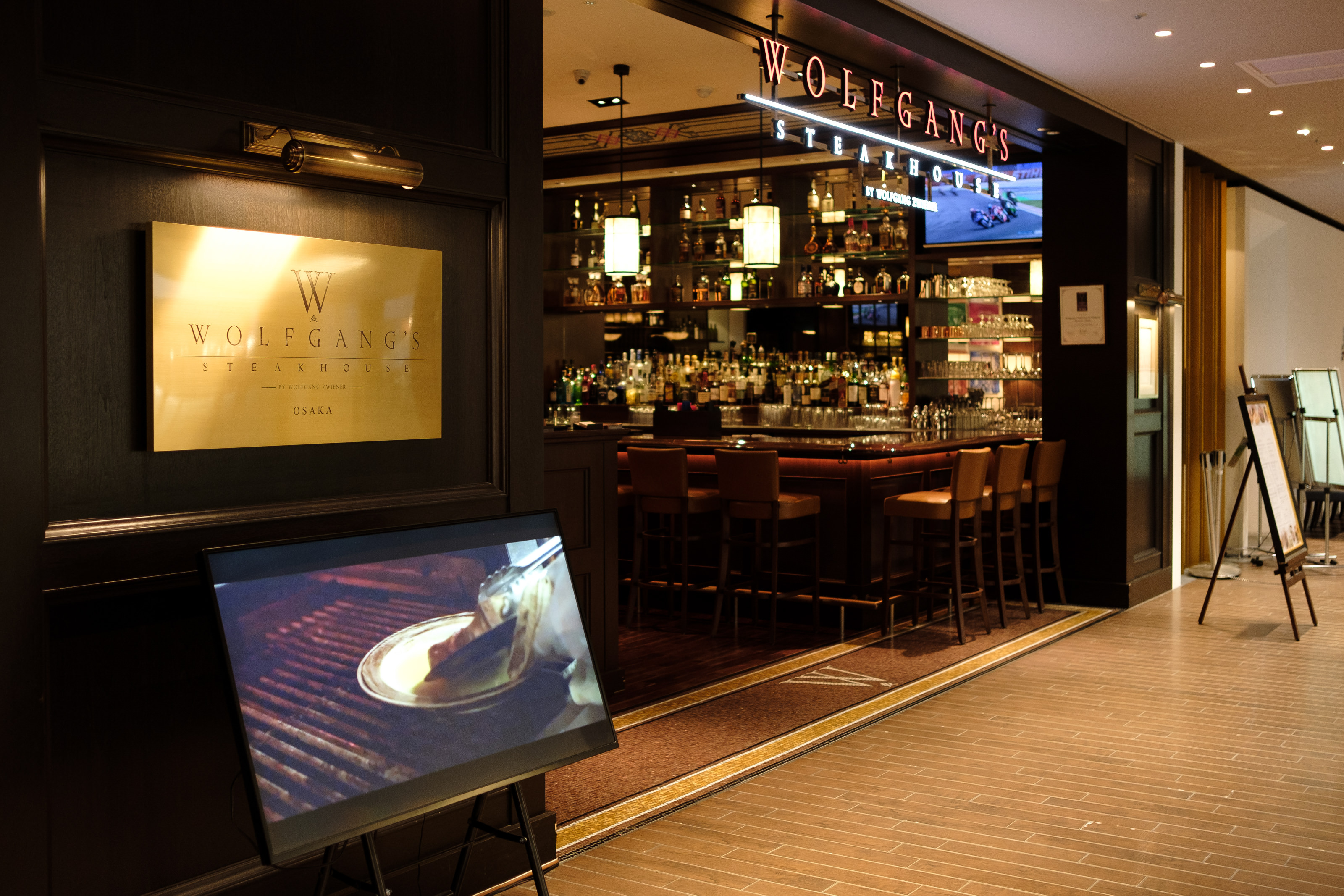