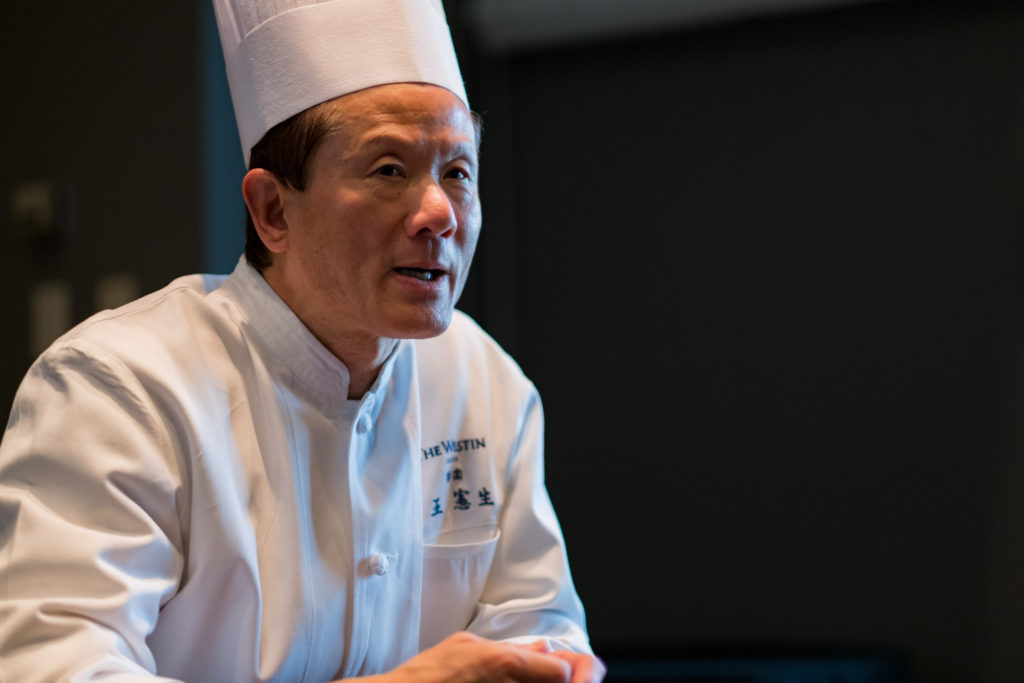 What sorts of things did you learn from Japanese cuisine?

Mr. Wong:
One good point of Japanese cuisine is that it is very healthy. And it is wonderful that each food can be tasted in completion. Even using just a small amount of salt, sugar, and oil, it all soaks into all the ingredients, and that is the great point of Japanese cuisine.
It is a highly complete style of cuisine that can be tasted as it is served on a plate – without the need to add anything to it.

Now, the food I serve is also at this “complete” status. Decorating a big shared plate and dividing it up later looks dynamic, but it causes dispersion depending on how it is shared. And also, even it is served warm, it gets cold as it’s shared. If the staff moves slow, it gets cold. I cannot stand that.

So my food, just like Japanese cuisine, is decorated individually, from the beginning, and you can enjoy it with all senses. By doing so I can adjust to each person’s taste and appetite. In my cuisine, I aim to serve the perfect things to every guest.

Your food has many things in common with Japanese cuisine.

Mr. Wong:
Yes. I always study Japanese cuisine by eating a lot. Japanese cuisine gives me knowledge about putting careful thought in all food. I can feel the responsibility of the chef towards their food, the integrity with no mistakes. I also wanted to feel that responsibility to my food all the way to the end, and that’s how I arrived at my current style of using individual plates.

So for my food I only use white plates. I do not want to distract from my food with pictures or colors.
All the plates are in white and I alwawys put lids on my food.

Food is a painting that I draw. Customers take a look first, open the lid and smell, and taste it. Ideally, after they eat it there is only a white plate remaining. I do not need unecessary decoration. That is my style.

For flavoring you also have your original ideas.

Mr. Wong:
“Ishokudogen” (a balanced diet leads to a healthy body) is the concept of my cuisine.
When people get sick, they heal themselves by taking drugs, but the important thing is to make a body that does not get sick. Therefore food is important.

The food I had seen in Japan all valued quality rather than amount. Japanese cuisine has a rich taste even though it is light and healthy, so I thought I could cook delicious Chinese food even if I reduced the amount of salt, sugar, and oil.

There are many chefs at the head chef level who are overweight, but look at me.
I am not overweight at all, right? If the person who preaches “Ishokudogen” is unhealthy, there is no persuasive power.

I have never gotten sick since coming to Japan. When I am working in the field, I can cook as fast as young chefs. When I give lessons as a teacher to students, they are often surprised at my speed. The reason I can move quickly is because I always value the field. I still keep on standing in the kitchen.

From where do you creat new food ideas?

In any case, it is important to try cooking and to taste. Food cannot be served without tasting it first.
Since I came here I’ve been researching the Japanese tongue. The tastes of Chinese people and Japanese people have always been very different.

Even the food I think is delicious, Japanese people feel it spicy or sour, so I knew I needed to get used to Japanese tastes. So I am doing that now, too, but I have eaten Japanese food as much as possible in order to “train” my tongue.

Japanese cuisine values how much oil can be reduced when frying beef and chicken.
By doing so, meat with lots of oil can be eaten more easily and deliciously. In Chinese food they cook ingredients by letting them sit oil so it is totally different.
It makes you tired at the end of the meal, if the food has too much oil.

When I cook food, I strive to make food that is kind to the stomach by limiting the oil as muchas possible. I am still learning many things from Japanese cuisine.

Lately guests from China like my food. Healthy mindsets seem to be spreading in China, too.
The sense of taste itself might be changing, too. 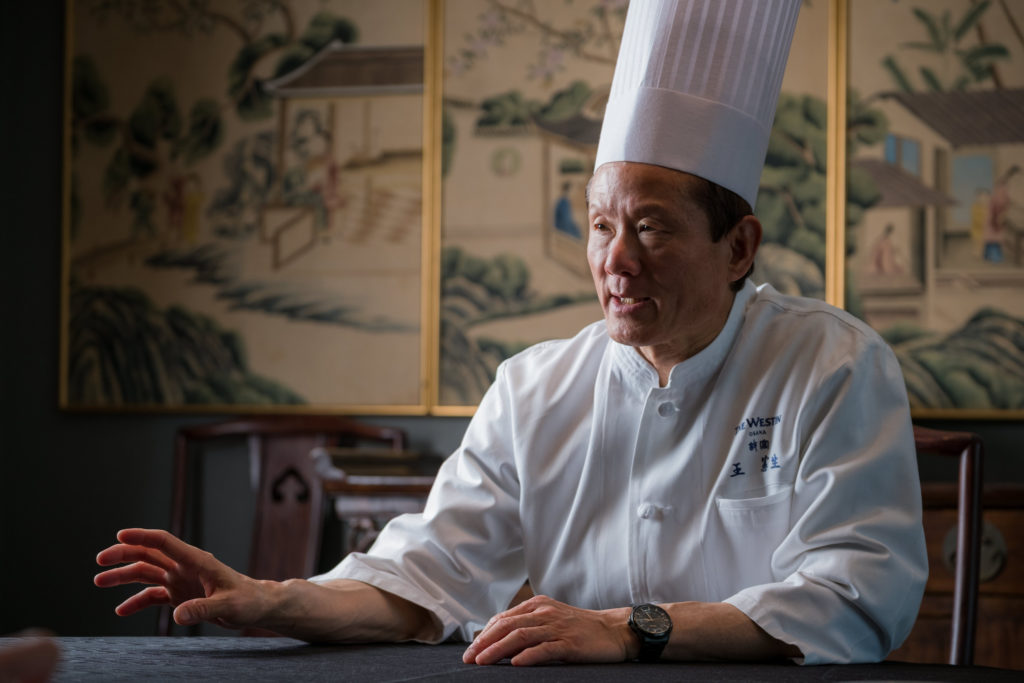 You have recieved one star from the Michelin Guide eight years in a row.
That is fantastic.

Mr. Wong:
Eighteen years ago when I came to Imperial Palace as head chef, it was a totally different style from now.
I decided to replace everything and build a new Imperial Palace.
It was in style to serve a perfect single plate to all the customers, using white plates and ideas to produce surprises. It became that way gradually, and along the way the number of customers who came to the hotel for my food also increased.

The parent organization changed and I had anxiety about not being able to see the future, wondering if I could continue the style which I had built in Imperial Palace. Back then I was around 50 years old, and I still wanted to brush up my skills as a chef more. I had confidence, but I didn’t know about the future. I was anxious.

Then when I saw the owner he said, “Don’t worry about anything. Please do as before.” He cheered me up. “I will rely on Wong for Imperial Palace,” he said.
I really felt that he expected a lot from me.That was a chance for me to have a new goal.

It was a time where I was working hard to be number one in Kansai, wanting to respond to his expectation. I have always wanted to hear, “When I want Chinese food, I go to Imperial Palace.”
And as a result of that, I think those efforts are what led to receiving the silver medal at the World Contest of Chinese Cuisine in the warm food category, and eight consecutive years of receiving one Michelin star. 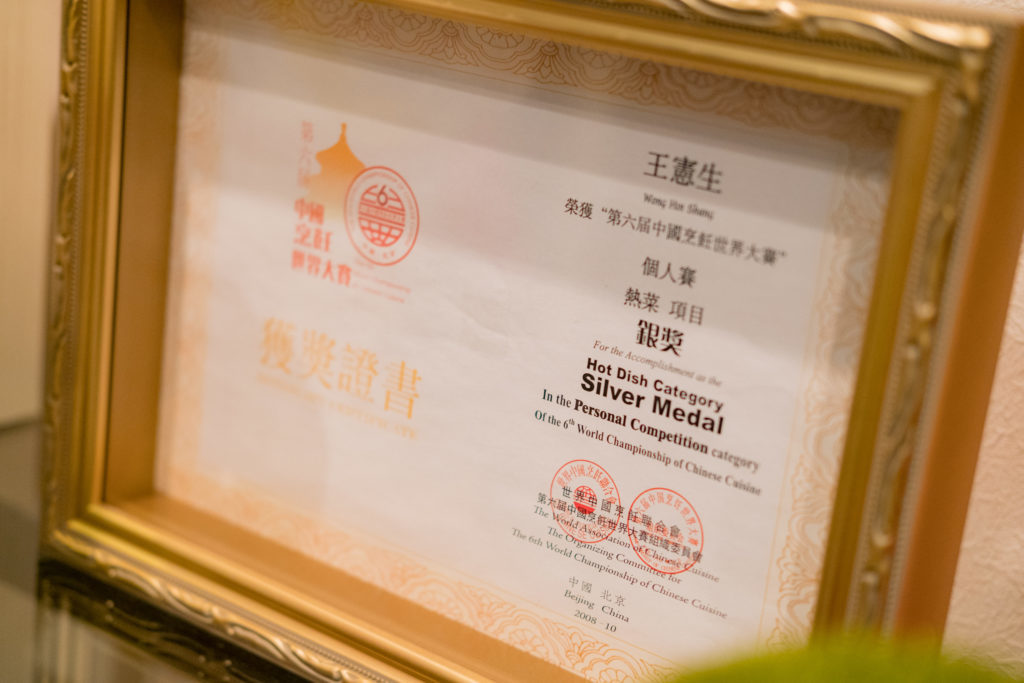 So you could return the favor to the owner.

Mr. Wong:
Yes. Also I had another thought besides wanting to return favor to the owner.

That is, to be a help to the Japanese society that supported me.
In a way that came true through my appearance on TV twice a month.

Every other week I appear on the program “Chichin-Puipui” put on by the Mainichi Broadcasting System. For more than ten years I have introduced dishes that can be cooked by housewives easily without spending much money. The broadcasting company chooses the ingredients to use and the themes and I think about creating a menu using them.

I appear in hopes that I could provide some encouragement, but I heard that they actually cook the dishes and eat them. And those housewives often come to Imperial Palace for lunch, saying that they want to try my food.

It is a pleasure that I can really feel my activities are connected to Japanese society by doing this. And I am also proud of it.

Isn’t it tough to think about a new menu twice a month for more than ten years?

Mr. Wong:
I don’t know. Cooking is a challenge all the time. I have cooked many hundreds of foods in Chichin-Puipui on live broadcast, but I don’t think it is difficult. It is more difficult when I serve my customers.

For example, this customer comes to our restaurant quite often and orders the chef’s choice, so in order to keep him from getting bored, I serve different food all the time.
One day the customer noticed that and told me, “You always serve different food. In that caseI will come every week, so put me in for a standing reservation.”

Since then, that customer really comes every week. I have pride so I always change the menu. Even for the same materials, there are various ways of cooking, and different styles.
There are methods like rolling, sandwiching, twisting, steaming, frying, baking in the oven, stuffing… and it goes on. Don’t you think that’s more difficult than a TV program?

Your memory of the food you have served and the relationships with your customers is great. There are many fans of yours in Kansai.

Mr. Wong:
Westin Hotel Osaka is located just a seven-minute walk from JR Osaka Station, but some who feel that walking is too difficult visit our restaurant by taxi.

So I think I want to serve above and beyond the expectations of those who come to the restaurant because they are looking forward to my food. I have to grasp the likes of the customers and place value on their food.
I put in the effort to provide value above the price by researching cooking methods and focusing on ingredients.

Cooking is a series of challenges, every time. Even for the same vegetables, the way to enjoy them changes as the seasons pass by. I always improve by cooking and tasting it in order to see how can it be eaten in the most delicious way possible.

Even when the restaurant thrives, it suffers if there is no evolution.
So for the chefs, it takes study, study, study. There is no end to the studying. 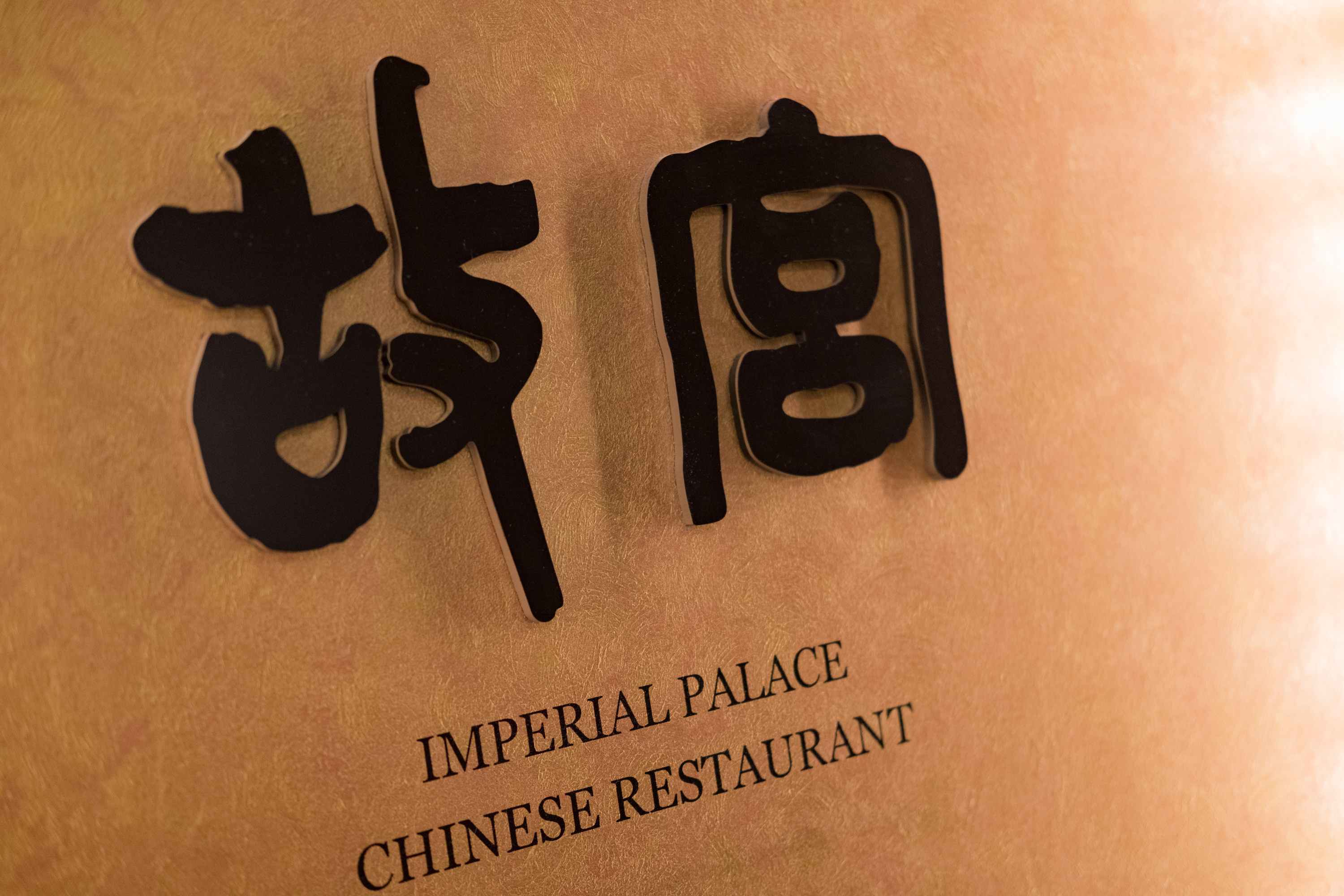