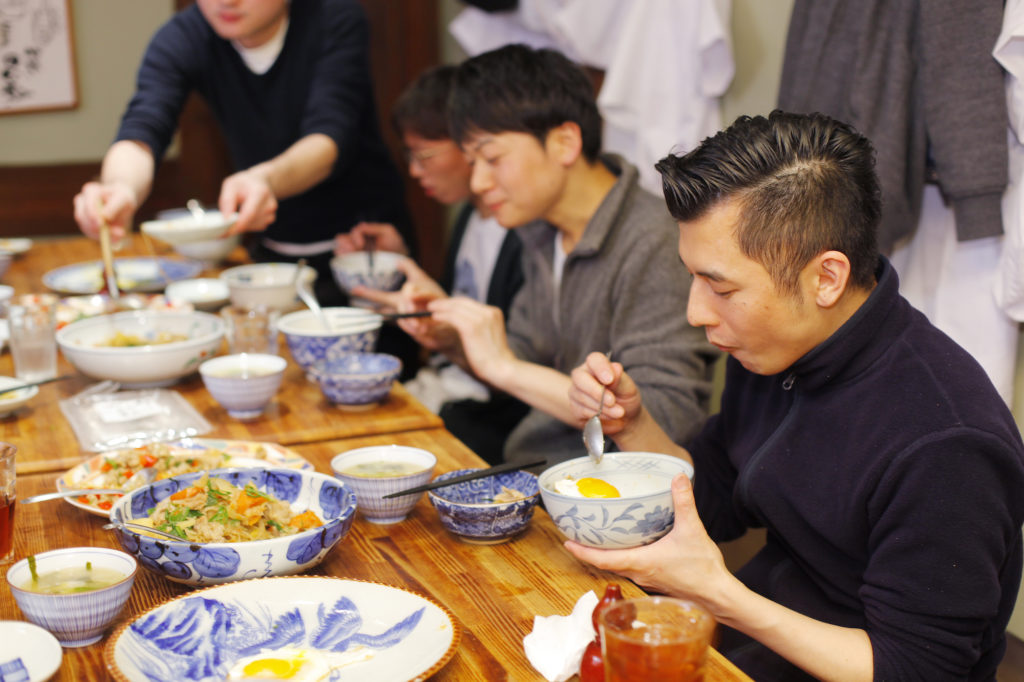 Things he thinks about when training his staff members. Scolding without reason is pointless.

Is there anything you take particular care about when you train your staff members to be able to provide quality service?

Mr. Wada :
What I always tell my staff is, “You need to think of our customers as your girlfriend’s mother or your relatives.” I believe that makes them think of how to make them happy in a natural way, and they develop their thinking skills. I tell them, “You would want to be cool in front of them, right?”
When you provide a service, if you think about making it easier for yourself, it won’t be quality service. You need to think about what is a good service for your customers. When I point that out, I always think of being “the sun” and not “the north wind” – because they would rebel against me if I scold them in a harsh way.

But I think there are still some people who can’t follow instructions like that. How do you deal with those people?

Mr. Wada :
I tell them the same thing 100 times. I always tell them as if I just realized it.
I don’t say “How many times did I tell you? ” Even if I don’t say it, the person who I’m talking to definitely knows. We don’t have a staff manual. There is only one rule – that three staff will need to rush to take care of a customer when there is a spill, regardless of whose fault it was. They also need to call staff in a loud voice. They can just say, “Excuse me! Please bring a towerl! ” or something like that. Even if you are working on something else, you need to stop what you are doing and come help them. When three staff talk loudly while cleaning up, the customer thinks, “It’s OK, no need to do that anymore…” What they tend to do – but must not do – is to go get towels and leave the customer alone. They shouldn’t leave the customer alone. They need to take a role and take care of the situation in a team. I tell them not to use “manual phrases” when talking with customers such as “Out of 1,000 yen” when accepting payment. Even if your phrases and words are not very sophisticated, you can use your own words. Then, customers will listen to you and realize how you care about them. If you continue doing it, you will be praised eventually. In that way, you will be able to grow up. I don’t have them simply remember phrases without studying anything. I study a lot by myself and show them as an example to make staff members feel at ease. 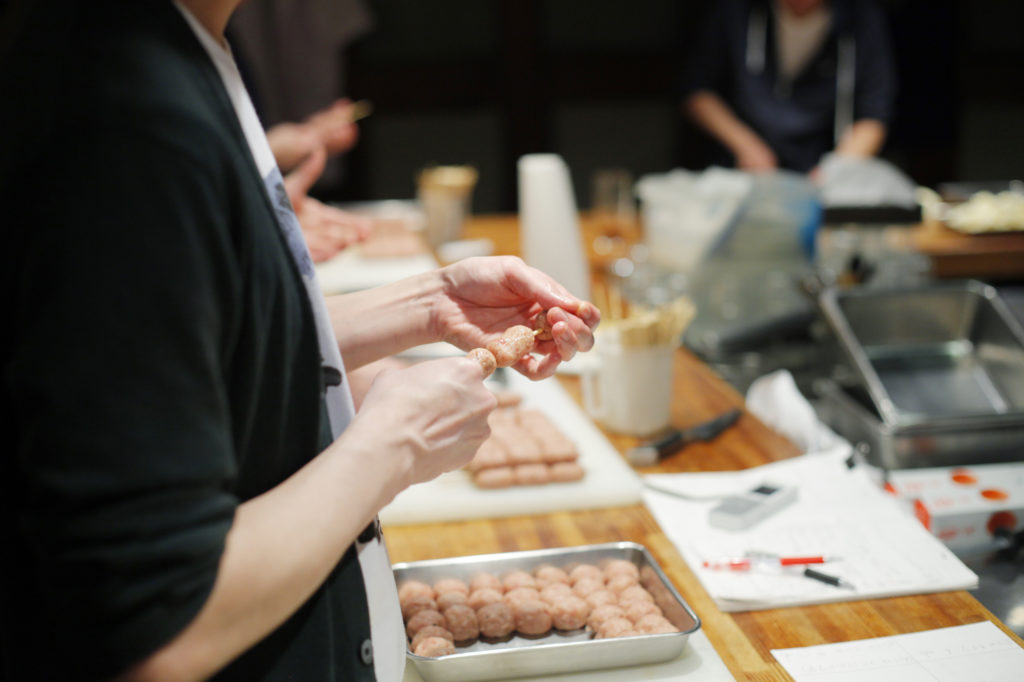 To be successful in running a business, what we need to concentrate on most is not being too particular with food.

In the food industry, people tend to eventually open their own restaurants. In Birdland, is there any specific training process for people who would like to go independent in the future?

Mr. Wada :
What I tell my young staff members is that “We don’t necessarily become popular because we serve tasty food.” Actually, there are some popular restaurants which do not serve that much tasty food right? The reason is that the restaurants have a very comfortable atmosphere.
If customers came to a restaurant because the atmosphere was very comfortable for them and the food there was also very delicious, they will take their friends the next time. If the quality of the service was very high, they would introduce it to their friends next. Therefore, the atmosphere of the restaurant is the thing that you would need to focus on the most, not the food.
It is bad to believe that customers will come if the food is delicious. I always pay attention to the atmosphere for customers. To make the atmosphere comfortable, staff members need to take prompt action – and do well enough to be the subject of rumors by other restaurants!

Also, there is a thing I always tell staff who want to have their own restaurants in the future. I say, “You need to make friends with whom you can share information. The food industry can be a very severe world.” If so, they would be able to create their own network to overcome things.

The chefs who graduated from Birdland and own their own restaurants are called “Bird-type.” What do you think about that?

Mr. Wada :
The yakitori cuisine world doesn’t have confirmed standard skills. If chefs take over the standard skills (the skills used in Birdland) and cherish them, I think it is a good thing to call them “Bird-type.” However, they still compare themselves to me; it is not enough. If they try to compete only with me, they can’t be better than me, right?! I’ve tried many different things and had the best timing. However, If I was going to open my own restaurant right now, I wouldn’t do the same thing that someone else is doing.

To be better than your ancestors, you need to make changes in what you do.

Mr. Wada :
In the Japanese food industry, we call cuisine which is cooked by chefs who do not use the basics of cooking an “original dish.” If a three-star restaurant creates a new dish, people wouldn’t call it an “original dish.” These chefs need to learn the basics of traditional cooking skills and modern cookery science very well. For example, when it comes to cooking meat with little heat, “rare” is different from “seared.” Rare means food doesn’t look very cooked but the inside is thoroughly heated. You need to be able to explain the difference between rare and seared.

How you heat yakitori is the most important process of making it delicious. People call you “artisan” but do you still struggle with the heat level when cooking?

Do you have any advice for people who would like to open their own restaurant?

Mr. Wada :
Recently, there are many restaurants which are run by only a few staff members. There is a restaurant management system called “one operation,” for example. However, when staff members get older, it’s difficult to continue managing the restaurant by themselves and continue profiting as well. I would like those restaurants owners to plan on having more than four staff to run their restaurants, within seven years from starting out. I expect they would be able to utilize their past careers well.

Are you supposed to start something new, too?

Mr. Wada :
I think there are chefs who are good at running their own business and those who are not. However, we should think about a good company system which could make those who are not good with business still able to succeed. We need to create a good workplace where those chefs can be successful and enjoy working. I am hoping to create such workplaces.
I would like to create a work environment where people who are very serious about their work and do their job step-by-step can continue to work for a long time, into their forties or fifties. 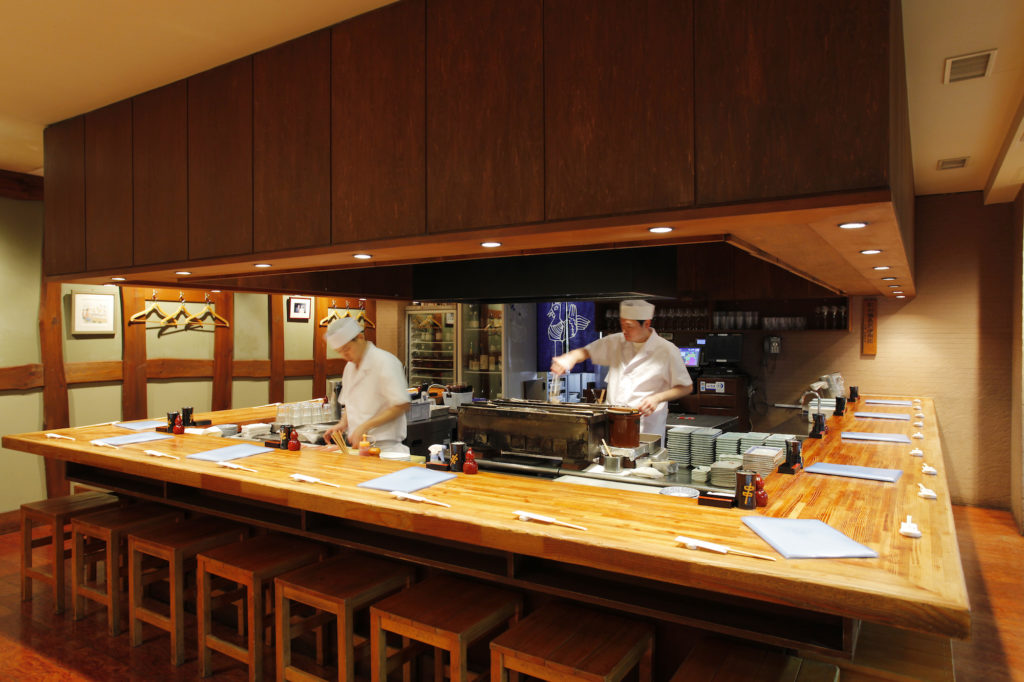 Yakitori restaurants used to be considered a sort of casual izakaya cuisine, but he created an original yakitori cuisine without thinking about the most common ideas in that world. He proved that it could be a cuisine that can earn Michelin stars, and changed people's perspectives of yakitori - surely Mr. Wada's greatest achievement. In this interview, I was able to feel Mr. Wada's extreme knowledge and creativity when it comes to food. His impulse for exploration will continue in the future and he will never be satisfied. Young chefs who are eager to be successful should be able to learn a lot from him about his surprising vitality and cheerful atmosphere, backed with intense effort.
Prev Page
Next Page