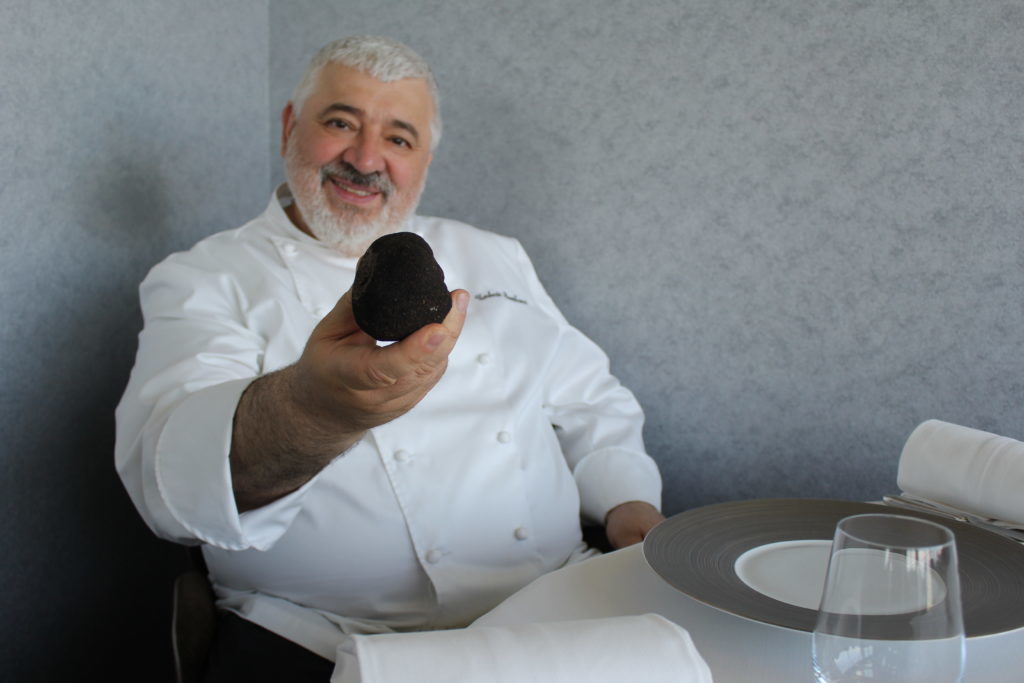 Training in America at many restaurants. Becoming a head chef at the age of 24.

One of my turning points was going to America.

Mr. Bombana:
After working at Antica Osteria del Ponte for 5 years, I moved to a restaurant in Los Angeles called, “Rex”.I was invited by the owner, Mauro Vincenti, to work as Chef de Partie.

The restaurant appeared in the movie called, “Pretty Woman”, where Julia Roberts ate escargot. The beautiful art deco building was built in 1920 and featured artworks of Lalique in the interior.

The owner was very generous and he gave me chances to go to various places once a year for 1 to 2 months for training. Through the training I was able to gain experience at such famous restaurants as Don Alfonso, called the father of southern Italian cuisine in the 1980s, and Michel Rostang of Paris.

After spending 5 years at Rex, I became head chef at the restaurant, “Pazzia” which
Vincenti had newly opened. I was still only 24 years old and might have been too young, but I learned to manage the responsibilities of not only the food, but everything.

Whenever I wanted to do something and there are obstacles in front of me, I simply faced them. There were many difficult moments but I think a crisis is a chance for me to change.

How was it for you to learn French cuisine?

Mr. Bombana:
French cuisine has more distinct components than Italian and has strict rules.
I think experiencing that was very good. Of course there were times that were humiliating but I am a type of a person who enjoys experience. 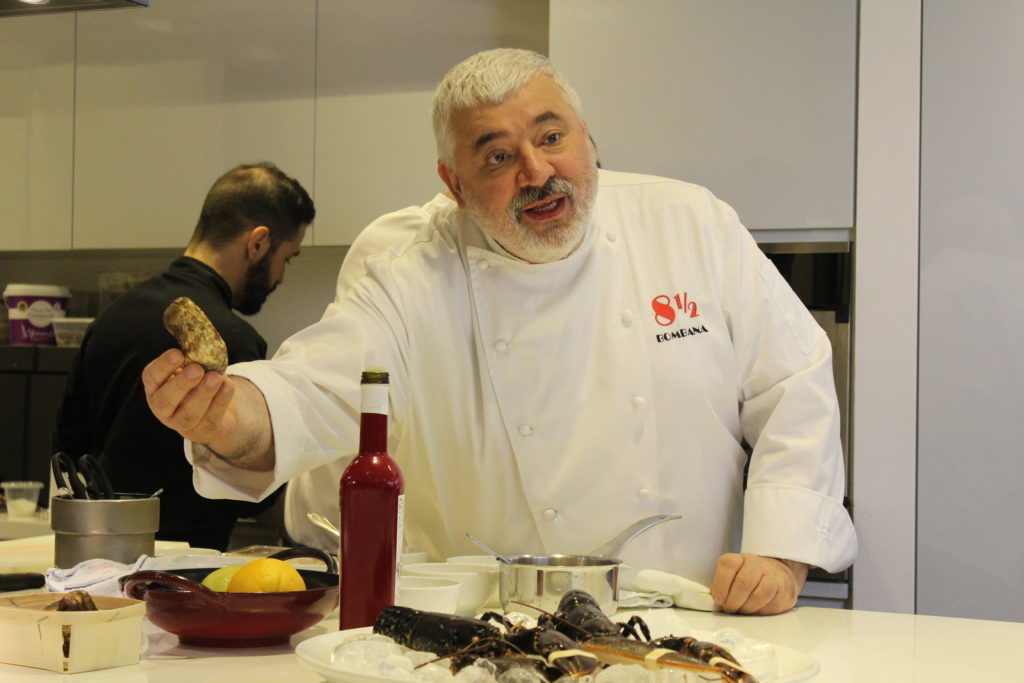 Going to Hong Kong. Independence from Executive chef of “Toscana”. And why to base in Hong Kong.

After that you moved to Hong Kong.

Mr. Bombana:
Yes. It was in 1993. Asia’s first Ritz Carlton Hotel was opening in Hong Kong. They were looking for an executive chef for the Italian restaurant called, “Toscana”.

Since it was my first time in Asia, there were cases where the language and culture were different. However, the most important part for me was cooking. That the food was accepted by people so I do not have any bad memories. Hong Kong is an international city and there was already “Enoteca Pinchiorri” so people were used to high class Italian.

In 2009 you were independent and opened your own restaurant called, “8½ Otto e Mezzo BOMBANA”. You have been based in Hong Kong for a long time but what is the reason that why you liked it?

Mr. Bombana:
There are wonderful techniques in Chinese cuisine. There are many varieties of cooking, especially the roasting technique is wonderful. Originally, I was curious about such things and I still want to learn.

Also, it is good that I can import food from all around the world and there is no customs duty. For chefs, it is a country with great freedom. Because of that I think I can work here for a long time. 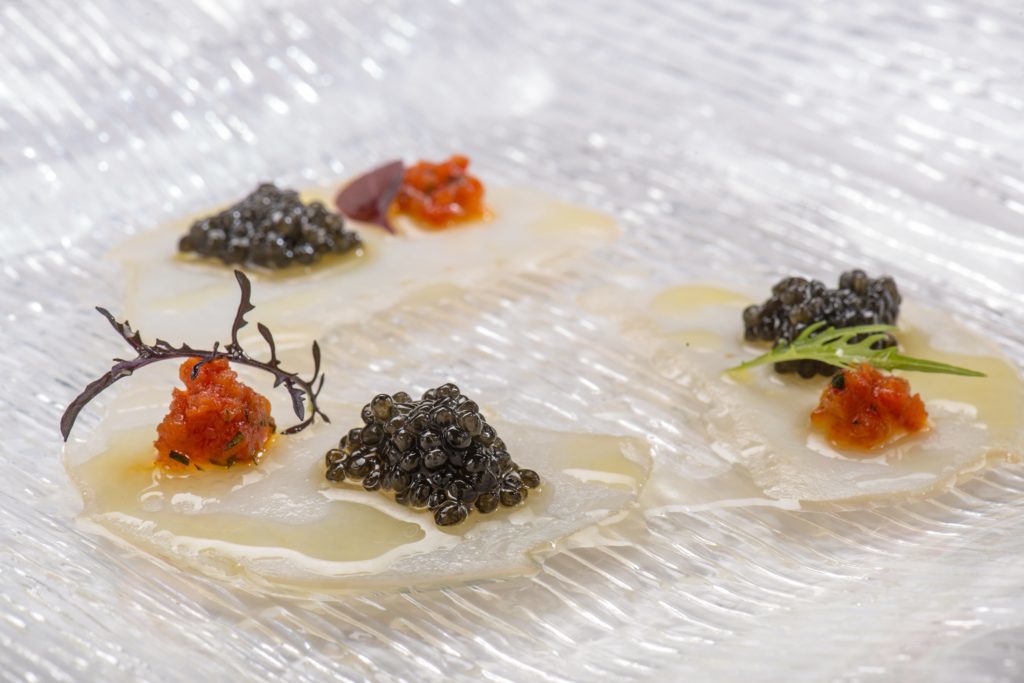 Important things to create new food. Roots of the cooking and understanding of the materials.

How do you create new food?

Mr. Bombana:
If you like fashion, you want to choose new clothes when the seasons change. Just like choosing clothes, when seasonal food materials appear, I want to express them and to find ways to express them differently.

When I was young, I wanted to express my skills and thoughts with my cooking, but now I only have a feeling to come close to nature as much as possible, to express nature’s simple beauty.

When I see really nice ingredients, I always become very happy and feel like I want to cook. A great dish is neither created with great skills or innovation. It is that there is a beautiful balanced taste. If you cook with the right temperature and right sauce, you can create a wonderful taste.

To that end, there are two important things. One is to know the history of cooking. It is not only being familiar eating it from childhood, but you need to know how the dish is made. For example, it is like “How one country had developed the mortadella (Bologna style sausage)?” I think we need to learn the whole process and ask for advice from an anthropologist.

Another thing is understanding the materials. For example, tuna has different flavors depending on whether it grew up by eating squid or sardines. Of course, the cooking method will change accordingly.
It’s interesting, and I think there is a lot more to learn. 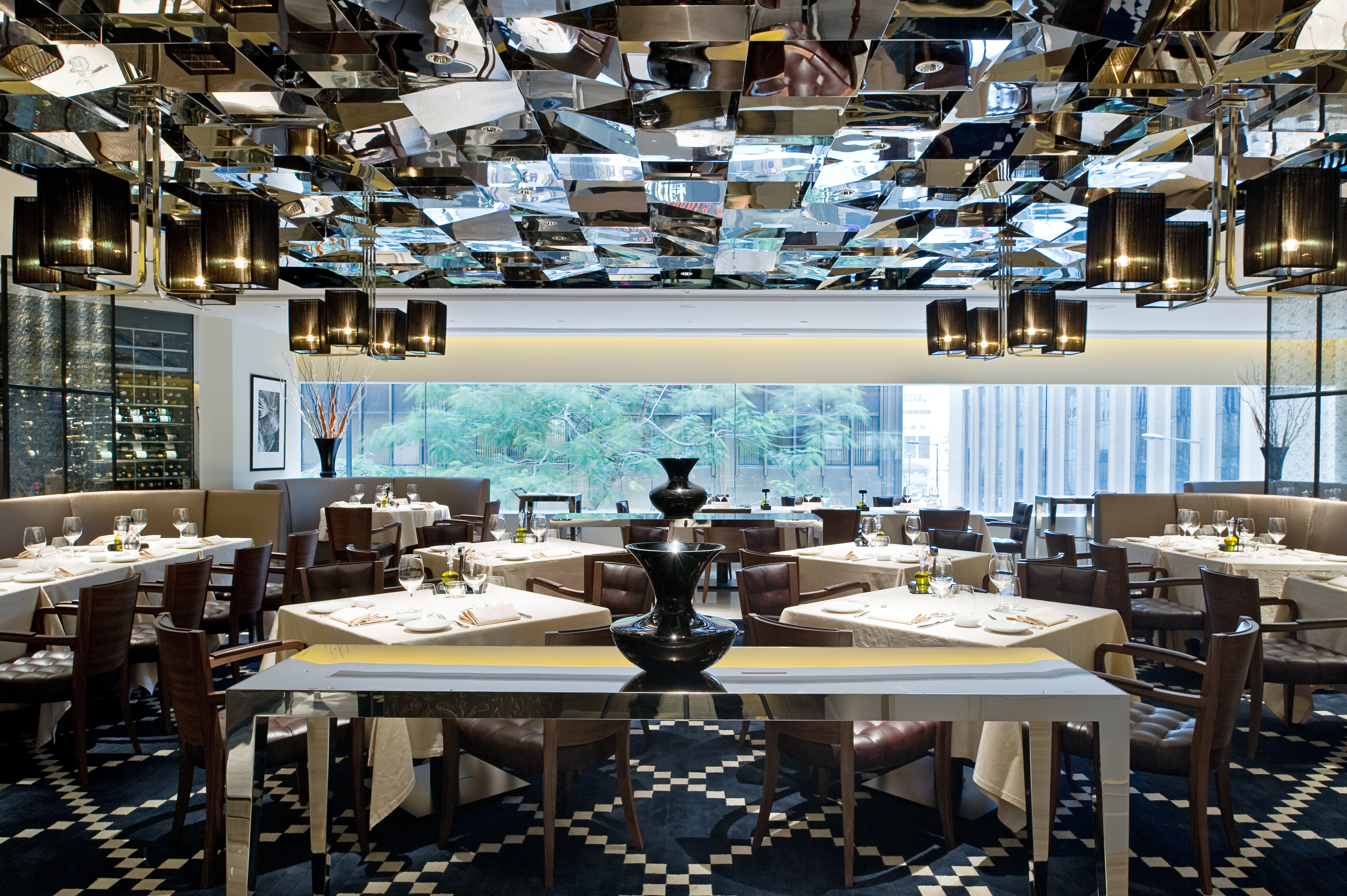