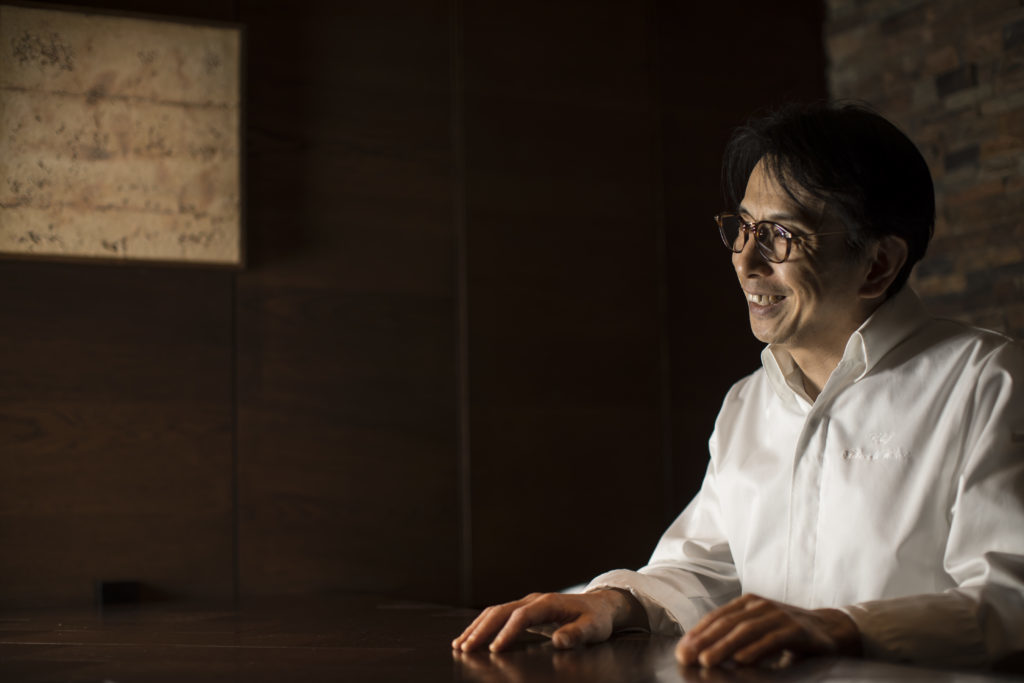 There are always opportunities around you. Whether you miss them or take them depends on you alone.

It is not because you were lucky; the effort that you put in every day paid off!

Mr. Ukai :
Some people say you have opportunities or don’t have them… In my opinion, they are always around you. There are always chances around you but it comes down to whether you are prepared to grab it or whether you let it slip by. You need to believe that you can do it. No matter what people say, you need to believe, because things won’t often become true as people said.

If other staff members would come at 10 am, you would probably think to come at 9 am. What was the reason you put yourself in the strict environment?

Mr. Ukai :
It is because of my mindset. I was told that I wouldn’t be allowed to cook at least for the first year. So I decided to become a professional when it comes to cleaning, after thinking about what to do in the meantime. I put all the chairs on the table and mopped the marble floor. I scrubbed the floor thoroughly and cleaned with a brush. After that, I wiped it with a towel. I thought I would be able to make the best atmosphere and environment. Some people would think that I wiped the lamp shades yesterday, so I wouldn’t need to do it the next day; but I decided I would do it every day. It took about three hours to clean up, so I was willing to go to work at 6 am every day. My rivals were not my colleagues but my seniors. I wanted to be better than them as much as possible. When I thought about the difference between my seniors and me, the only thing that separated us was the amount of time we’d been working at the restaurant.
When I calculated everything, I realized that I would be able to catch up with them after 18 months, if I didn’t take days off or rest from morning til evening. Therefore, I didn’t take much time for breaks during working hours.

What did you do after quitting the first restaurant?

Mr. Ukai :
I really wanted to do my apprenticeship in Italy. So, I decided to work part-time as a server in an izakaya restaurant and pizza shop. I decided not to work with the cooking staff because I wanted only to save money. I worked from nine in the morning til two the next morning.
However, the people I worked with realized that I could cook. Therefore, I was told to work in the kitchen at the Izakaya restaurant! Eventually I saved three million yen.

How did you find the restaurant to do your apprenticeship at?

Mr. Ukai :
I had no connections in Italy. I was studying the Italian language while working part-time, so I asked my Italian teacher for some advice. He advised me to go to the Italian Consulate.
I went to the Italian Consulate and they gave me some information about the Italian Culinary Institutes. They gave me their addresses and phone numbers too so I sent all the institutes in the list a letter saying “I am interested in learning Italian cuisine and would like to study at your Institute, so please send me some leaflets.” After sending about 50 letters, I got 7 replies. There was a hotel institute which had two spots available for overseas students. So, I decided to go there.
I wasn’t sure if the entrance application has been successfully completed but I thought everything should be fine as long as I arrived there. I didn’t even book a hotel room; just a one-way ticket to Italy. I was 25 years old. 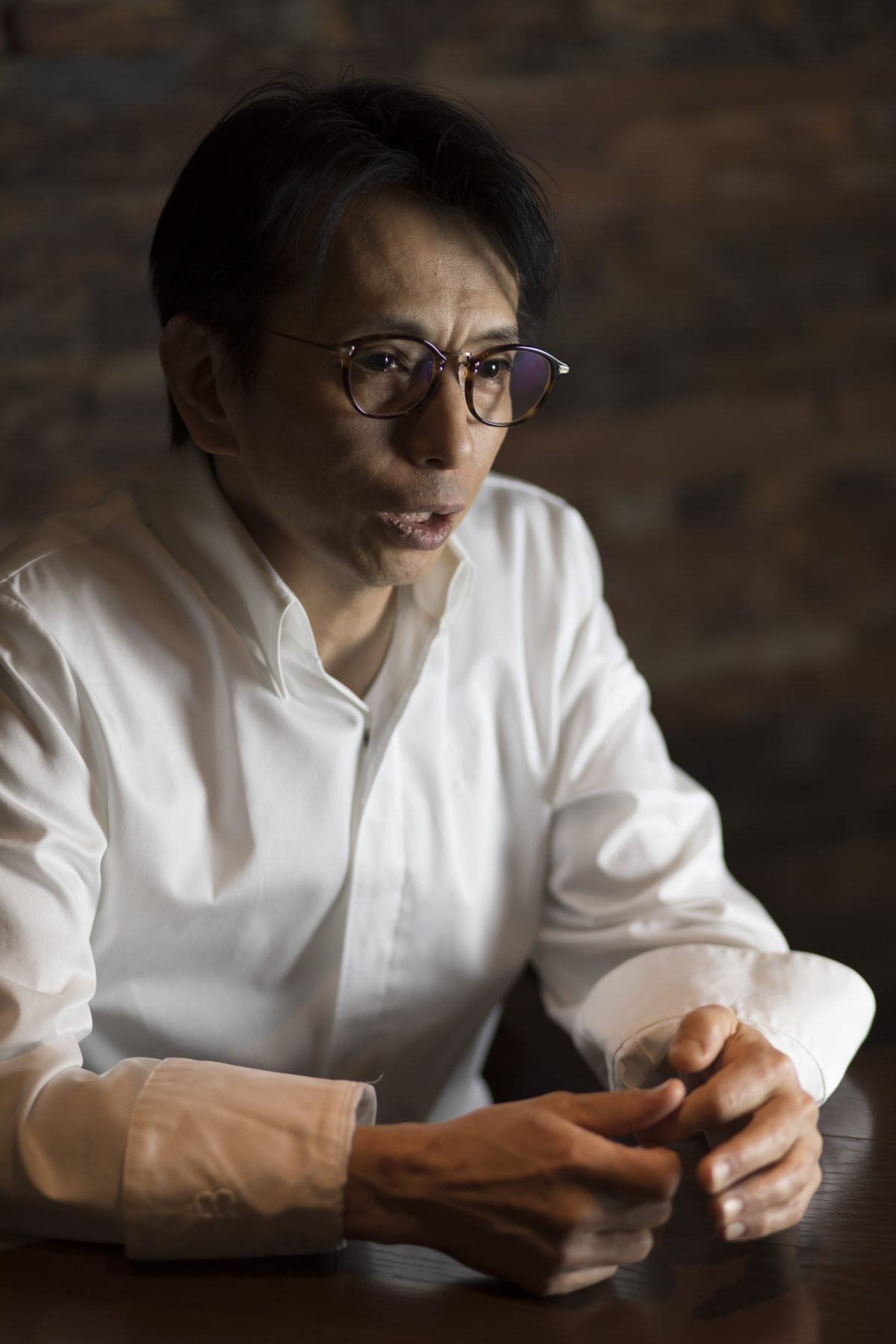 The first year,struggling with opposition towards him. His meeting with Mr. Marchesi

How was your life in Italy?

Mr. Ukai :
There were a lot of foreigners in the hotel institute. I needed to study business administration as well as high-school-level academics and cooking. Cooking classes were about 1/6 of the whole course. There were no textbooks so I struggled a lot to catch up with my teacher while reading a textbook. I recorded all the classes and memorized the entire lessons before taking the tests. I studied very hard so I still remember the first article of the Constitution of Italy!
During class, my teacher taught us that Italian coffee was the best in the world!! I felt they were very proud of Italy. However, it was sometimes too much… The mindsets and understanding of things were very different from ours. I learned at school not only the difficulty of understanding the language but also the difficulty of understanding their mindsets and points of view. It was a normal thing in Italy that buses came very late; there were many things which would never happen in Japan, and they happened daily. I felt culture shock every day. At the beginning, I was not able to accept everything. Therefore, I struggled a lot for the first year. I thought Italian people were hedonistic. I felt they were backsliding daily so I couldn’t accept their customs. I seriously thought I wouldn’t be able to survive there and so would go back to Japan. However, when I thought about leaving the country, I felt so sad at the same time. I felt I would stay longer. To do so, I realized that I would need to change myself. After I changed my way of thinking and decided to love and understand Italy, I felt comfortable being there.

How did you do your apprenticeship in Italy?

Mr. Ukai :
The first restaurant I was introduced to was a trattoria. I worked there four days a week while I was studying. The restaurant was very dirty so I felt I wouldn’t be able to continue… When I told this to the person who introduced me to the restaurant, they said, “If that’s how you feel, there is only one option for you – go to Marchesi..!” I’d heard of the name and checked the information about the restaurant. It was a restaurant owned by Mr. Marchesi and had three stars. I thought I would go so I prepared a CV and brought it to the restaurant.
When I visited the office, I was asked if I had a referral letter. I said I didn’t, so they laughed at me. However, I submitted all the documents, my CV, cooking license, and a proof of my Italian language ability. The people at the office said it would be probably not be possible to hire me, but they would tell the chef about me. After a week, I got a phone call from the chef. I told him I would like to do my apprenticeship the same way as Italian people do their training. He asked me to appear for a job interview and I was accepted. Marchesi’s was the top restaurant and was the first in Italy to earn three stars. Originally they wouldn’t accept anyone without referral letters, so I thought I was very lucky. I fully prepared for the opportunity, minimizing any reasons they might have to reject me. I moved to an area close to the restaurant and showed them my eagerness.

What did you think after you started working in the restaurant?

Mr. Ukai :
I was not interested in a three-star restaurant at all. However, I had some kind of comfortable feeling for the first time after I worked at Marchesi’s. The sense of tension and the serious atmosphere was very comfortable for me. It was such a bloodthirsty atmosphere in the kitchen. Their gravitas was totally different from any other restaurants.
There were three affiliated restaurants and I worked in the restaurant with the lowest rank. One day when I was chopping vegetables, I was summoned and told to work in the next restaurant. My apprenticeship at the first restaurant ended in ten minutes!
It took some time to go to the main branch from the next restaurant. The style of the restaurant was different from the main restaurant. Therefore, I learned a lot there and experienced all the sections. I worked in the main shop for about 1 year. At that time, a Marchesi restaurant fair was going to be held in the Hotel New Otani in Tokyo. I was chosen as one of the staff members so I went back to Japan through that opportunity.
At that time, I went back to Osaka and was told that my mother was given only three months to live… Because I thought I wouldn’t be able to see her again if I went back to Italy, I decided to stay in Japan even though I had regrets about it, too.

Mr. Ukai :
I was able to see a lot of things, but I was still not able to create my own originality. Therefore, I felt I had a lot of home work to do. I helped my friend’s Italian restaurant or taught at a culinary institute… I tried a lot of things. I enjoyed teaching but the school was forced to close down because of the Great Hanshin Earthquake. There was no restaurant I wanted to work at so I decided to open my own when I was 29. 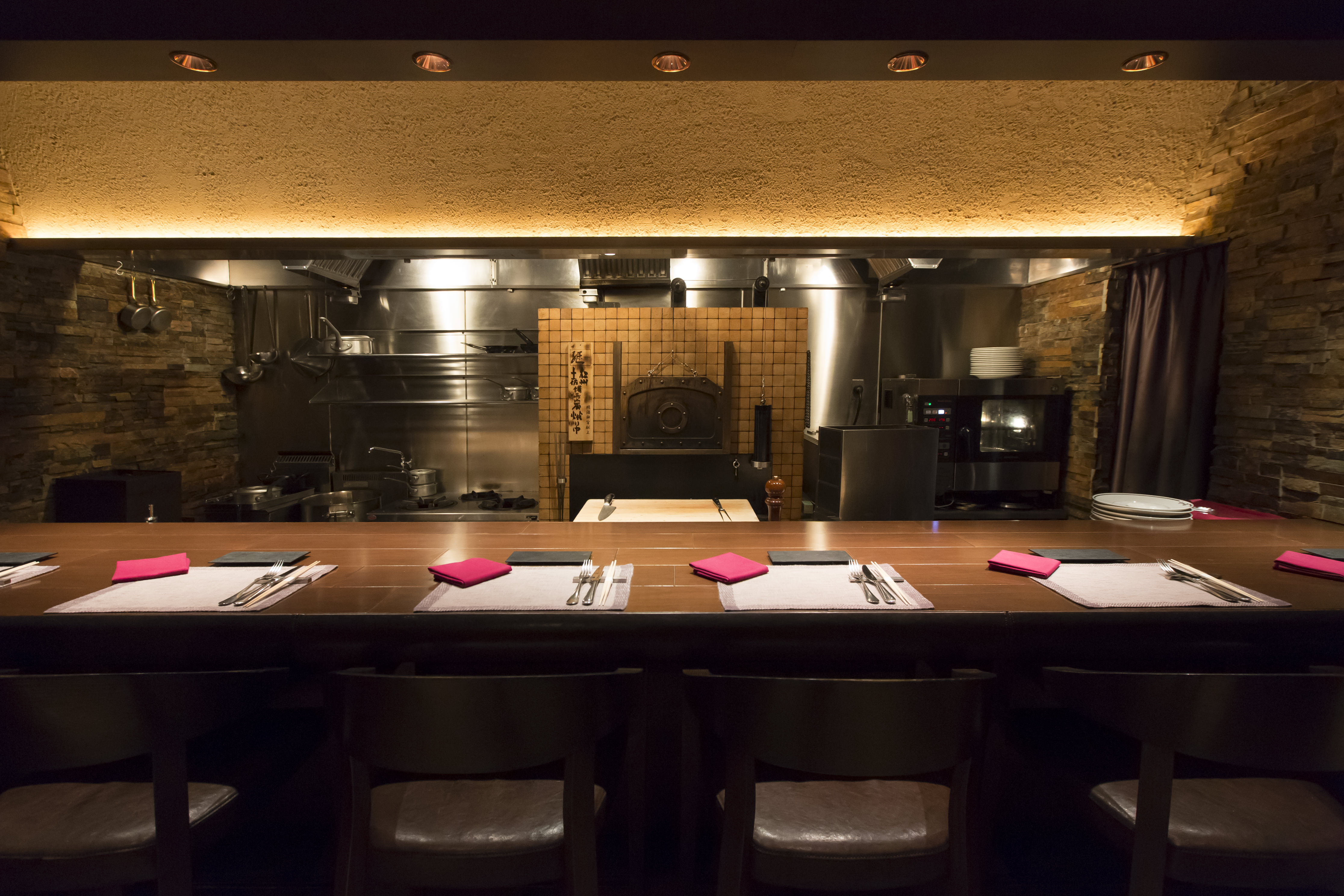