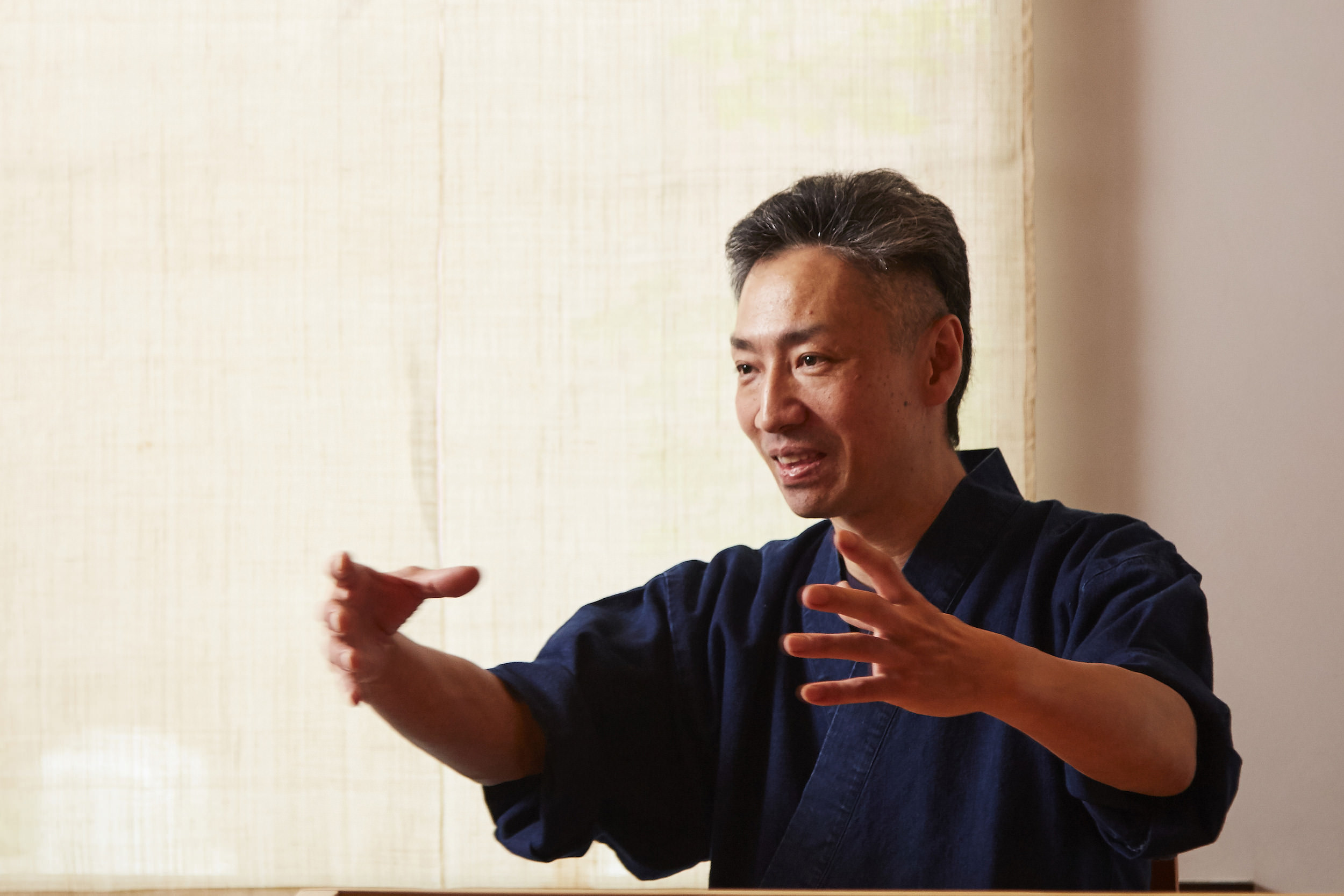 "Sushi Tempura Yozan" is located near a train station in a quiet residential quarter called "Kurakuenguchi" in Nishinomiya, Hyogo. The delicate dishes and sushi are made by Mr. Tsuyoshi Nasa, who trained sushi, traditional Japanese food for 17 years. His Japanese cuisine has a steadily growing fan base through word of mouth, despite the fact that his restaurant does not welcome interviews from the media, culminating in an impressive accomplishment of obtaining Michelin stars for 4 years in a row. We asked Mr. Nasa how he has grown into the cook he is now, and how he created his restaurant. 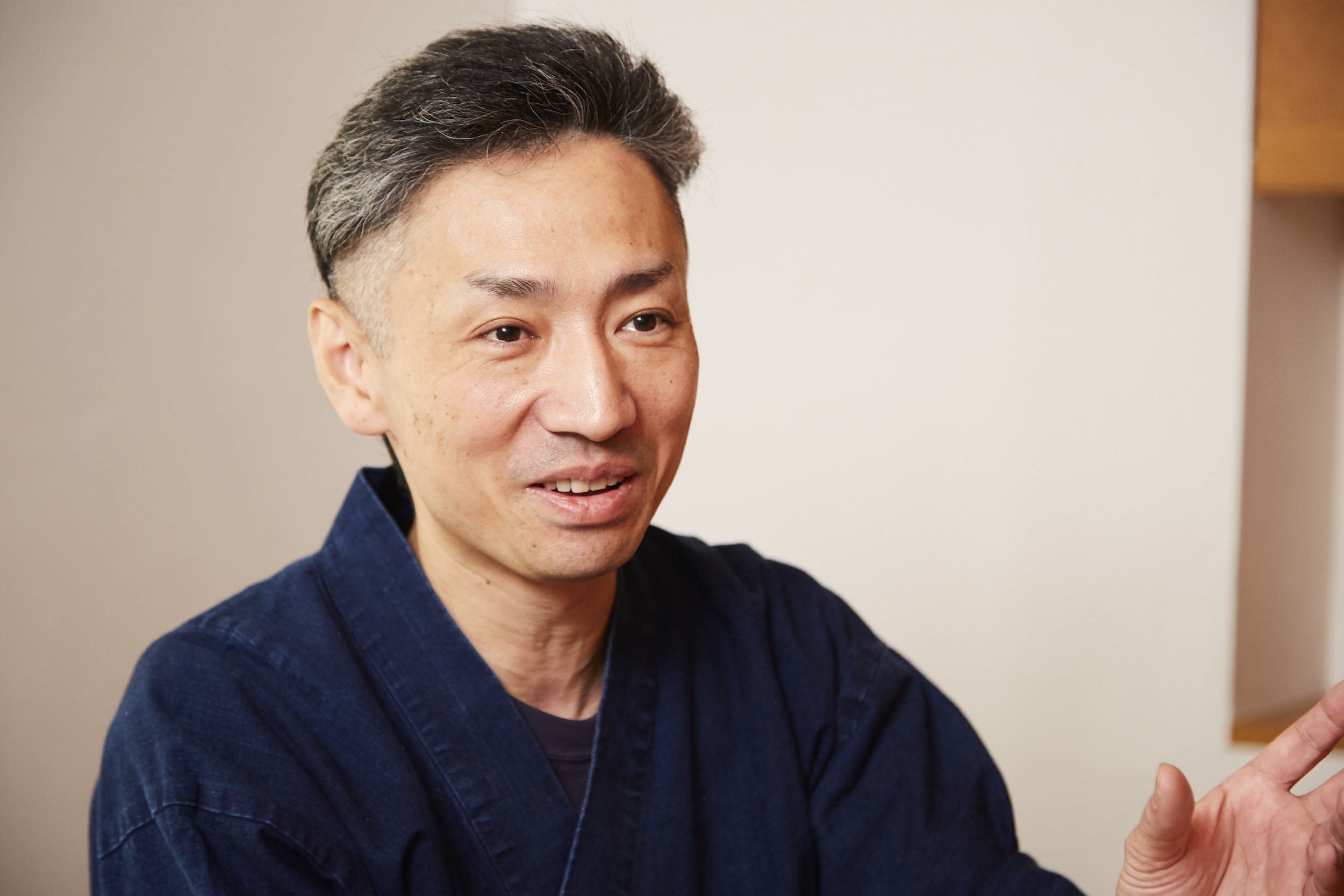 Mr. Nasa:
I was born in a fisherman town called Anami-shi in Tokushima, and my father was a fisherman who caught tuna. My grandfather was also a fisherman, so I was born into a family of fishermen. Since I was a child, I was surrounded by the ocean and fish… Of course, my first childhood game was digging for clams, and once I got older I would go free diving to catch abalone and fished. Honestly, when I was in junior high school I did lots of bad things (Laughs) but since that time I had a budding desire to go into cooking.

Fish really have a beautiful form, so while watching my father make these large and messy fishermen foods using a rusty knife and a cutting board, I always thought, “I want to use these beautiful fish and make a more proper dish!” My father always taught and encouraged me to cut and clean fish, so I liked cooking as well.

When I was in junior high school, I considered going into a high school with a food science program, but I didn’t like schoolwork all that much, and I knew I wouldn’t start studying even if I went to high school (Laughs). So I thought, might as well start my own life by jumping into training to become a chef. I made the decision to go to Osaka to receive my training in cooking.

The reason why I decided to go to Osaka was, first of all, if I started working at Tokushima my school buddies would visit me. I also had this image that “good food is in Kansai.” At the time, there were various job offers from restaurants in Osaka to the junior high school, so without any prior knowledge, I decided where I would work while talking with my parents and teachers.

What type of restaurant did you train at?

Mr. Nasa:
The first restaurant I trained at was a cheap, popular sushi restauraunt called “Fuku Sushi” in Tsurumi-ku of Osaka. The 2nd floor of the restaurant was a dormitory, so I lived under the same roof from dawn to dusk with 15~6 mentors and coworkers, and we trained together like a big family of brothers.
That restaurant had a culture, or a tradition, of training children who only graduated from junior high school… since there was an established “system” to do that, so the workers older than us who trained us would do things like take us to meals, and would be hard on us but really take care of us. They would say things like “next time, you take the younger ones to dinner,” and teach us basic manners and the job. Even the owner of the store would join us and bath in the dormitory… of course, there were times when I struggled because it was hard, but the environment really blessed me to be around good people. 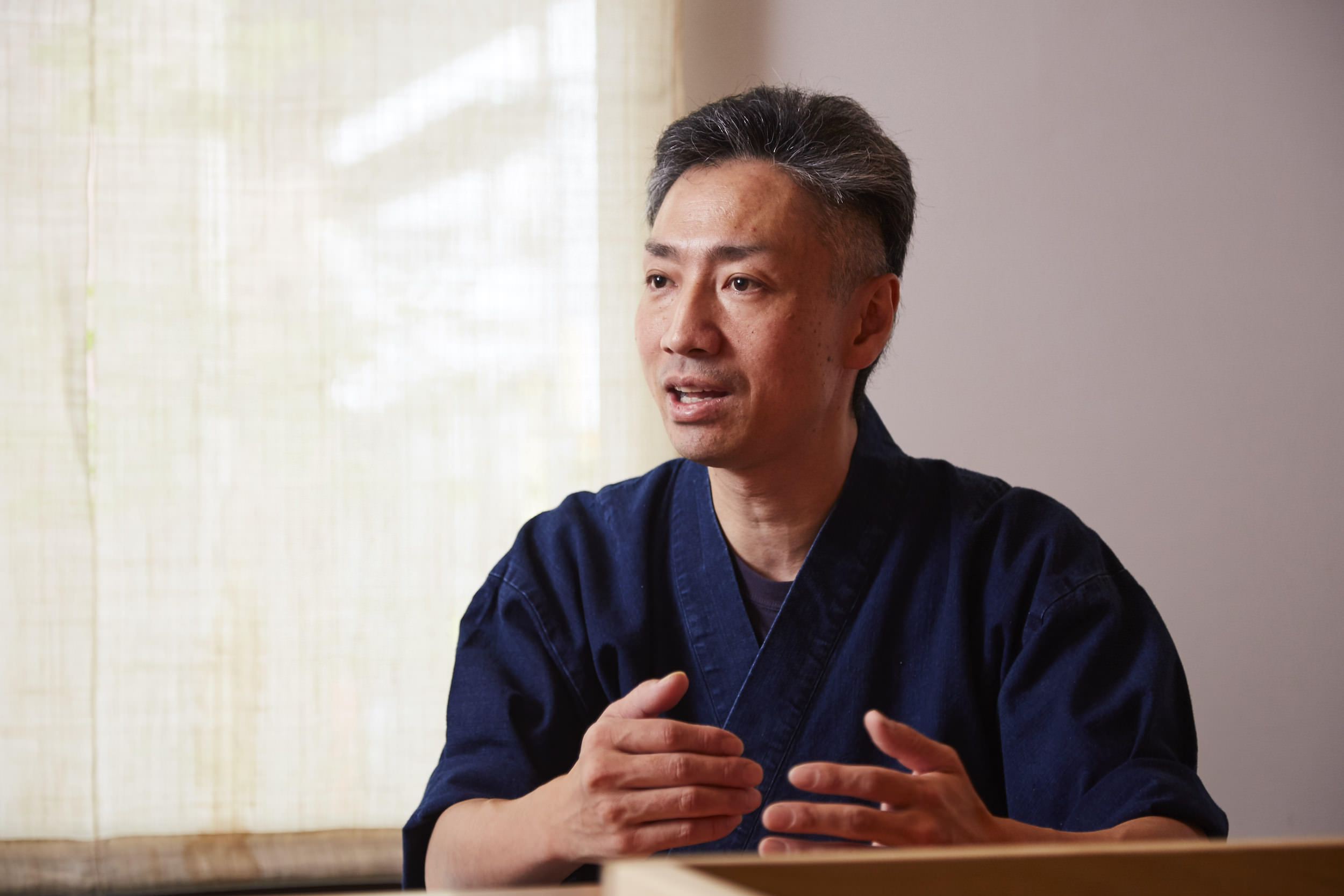 Mr. Nasa:
Of course, the older workers were scary, and training was hard, but since we had a lot of workers the same age we were constantly competing with our rivals, thinking “I don’t want to lose to him.”

At the time it was the peak of bubble economy in Japan, so the restaurant was always busy and they let us do anything. They would say “practice is real work, real work is practice,” and let us stand at the counter right off the bat, learning roll sushi and cooking since our first year. Since all the coworkers are competing at work, everyone is desperate to learn everything before others. It wasn’t really an environment where you complain about the job being hard. I ended up staying at the restaurant for a little over 4 years, but I was already in the final stages of making the main nigiri sushi.

So it was a restaurant where you learned skills hands-on.

Mr. Nasa:
Now that I think about it, that was a positive experience that was possible because I worked at a common restaurant. If I worked at a high-class restaurant, it would have been different. Even the customers, because it was a cheap restaurant, would say things like “don’t make sushi like this!” but still be watching out for the younger ones, and would visit again and say things like “you’re getting decent at this”… Yes, I obtained skills through practice during this time. 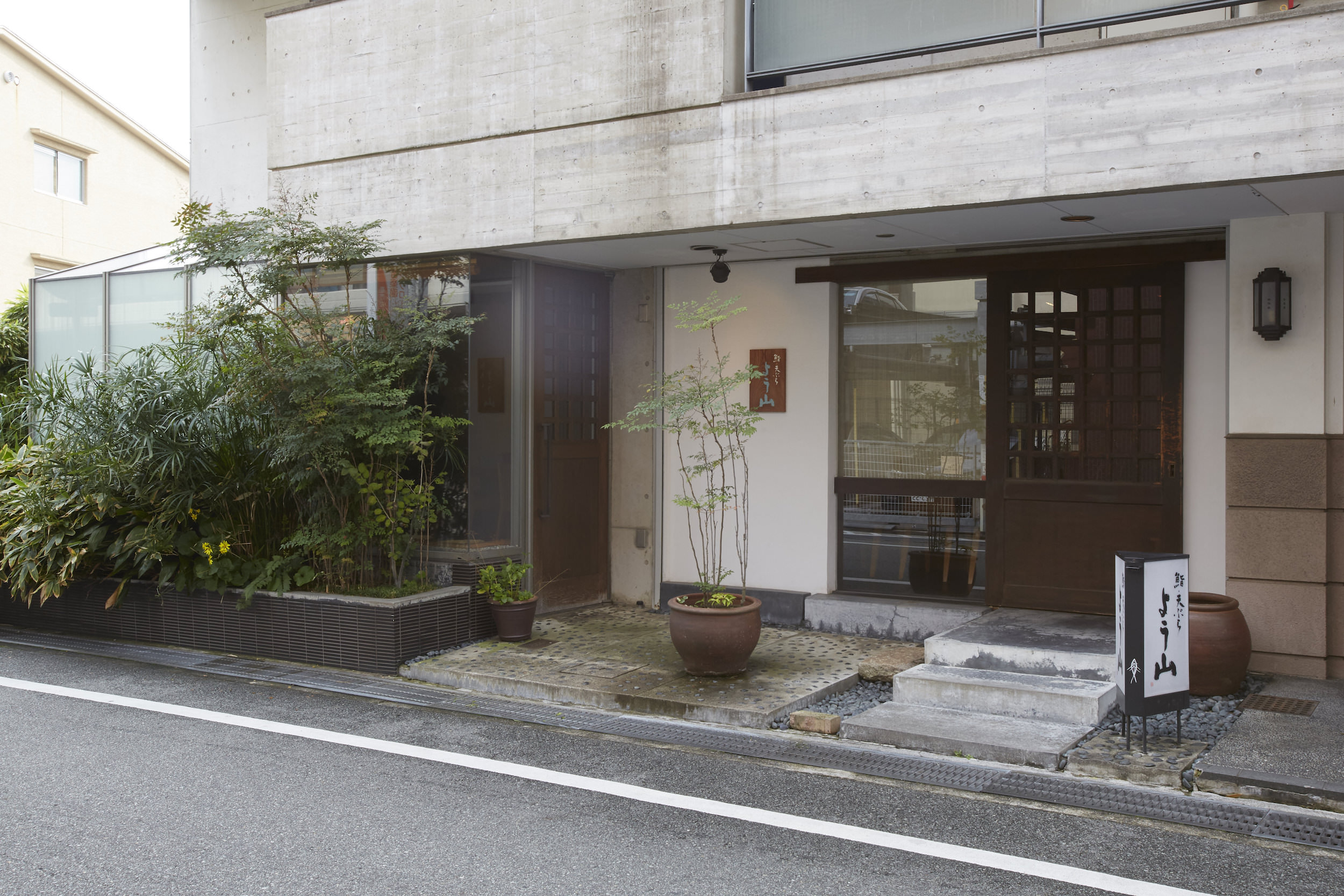