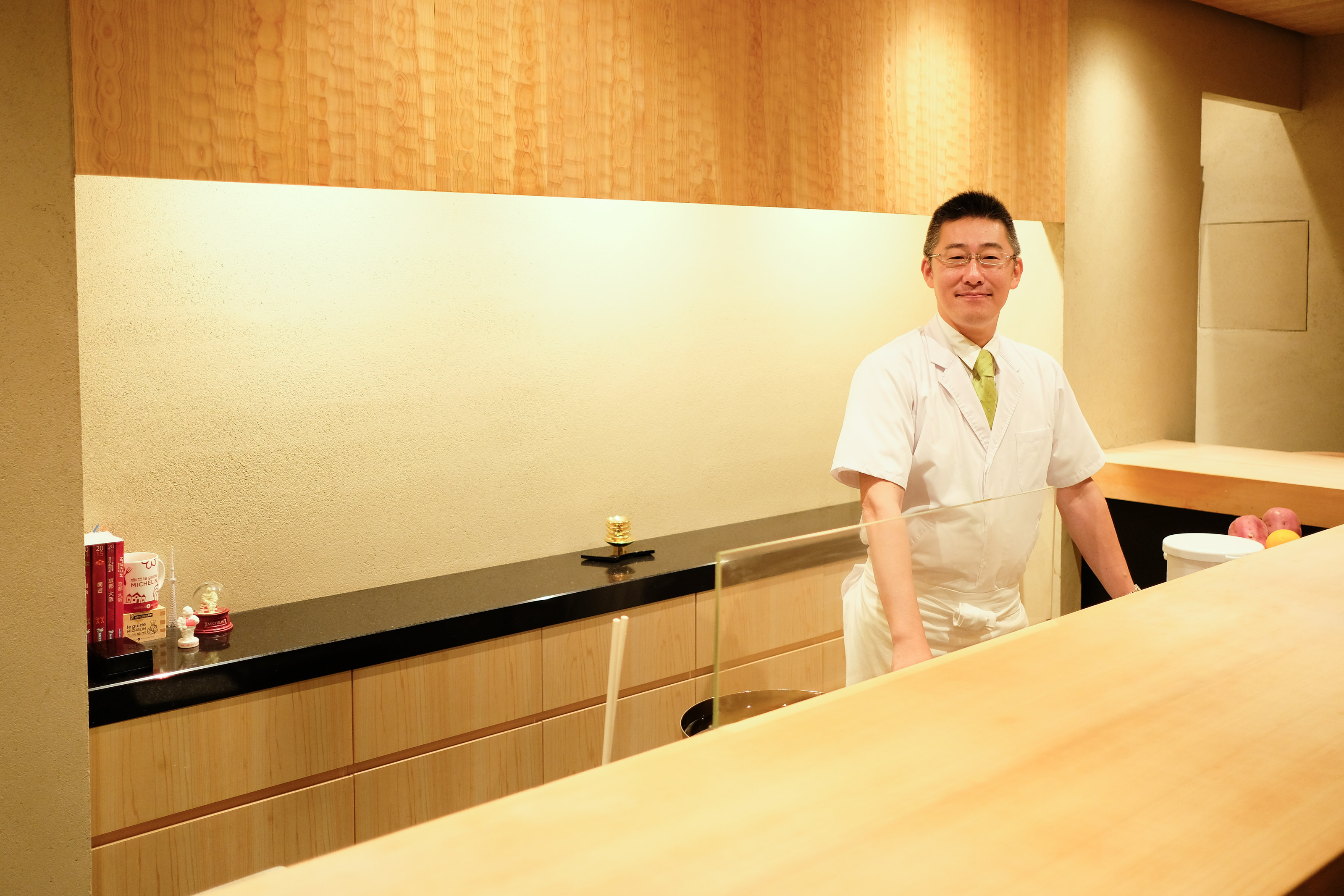 Tempura Kyoboshi gained a start in Michelin guide for 9 consecutive years since 2010.   It was passed down from Grandfather to his son, and to his great grandson. Mr. Sakakibara is the third generation chef of the restaurant. When he was appointed to be a head chef at the age of 23, Kyoboshi moved to the new location, Gion in Kyoto from Ginza in Tokyo. He had a lot of pressure to start in the new location and be responsible to be head chef although he was still doing the apprenticeship. He struggled a lot for a while and that led him to have insomnia. With a lot of struggles he was facing, he showed the positive attitude not to run away from them as it was a specialized Tempura restaurant which he was required to make customers satisfied only with Tempura and his restaurant became a restaurant that can be seen in Michelin guide.  I interviewed him about his mindset of Tempura cuisine which is acclaimed by many foreign countries. 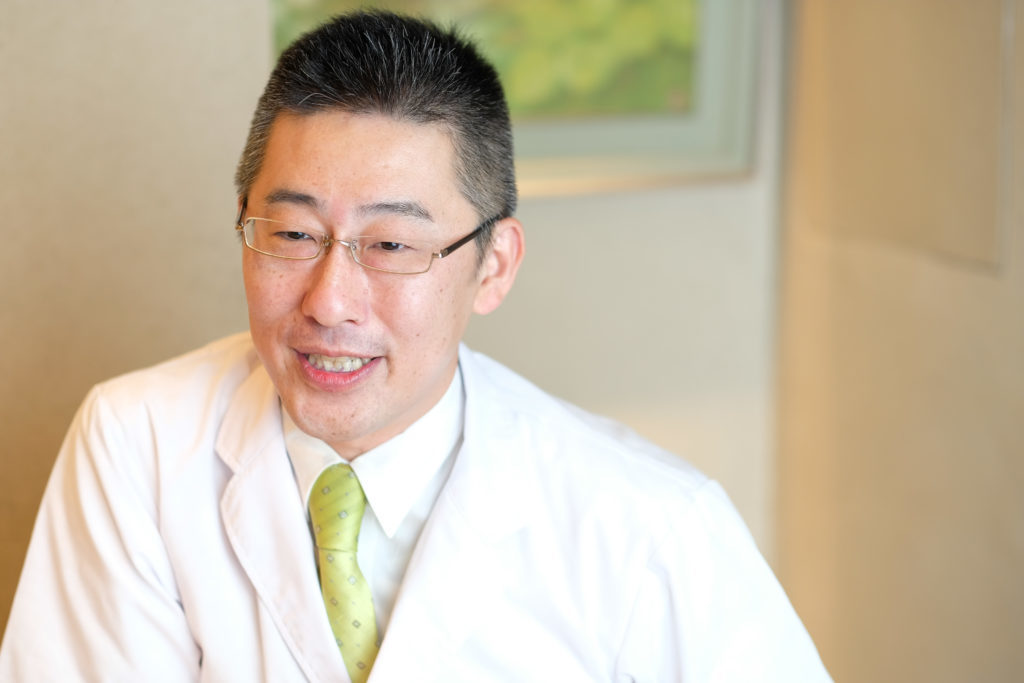 Becoming the head of the restaurant at the age of 23 after the training period at a famous long established restaurant.

Your restaurant got a star in Michelin guide for consecutive 9 years. That’s to be expected of “Kyoboshi” which has such a long history.

Mr. Sakakibara
No no,,, definitely not the case. You have a point that “Kyoboshi’s name” has been passed down for three generations but it’s from my generation when it was established in Gion, Kyoto. I opened it when I was 23 which is 26 years ago when I didn’t know anything.

To be honest with you, I started as a head of the restaurant when I was totally immature with everything so I think I really struggled a lot. It was Showa 22 when my grandfather who was the first head of the restaurant opened “Kyoboshi”. It was located in Kyoto Gion but in a different place from where it is now. After that, “Kyoboshi” was moved to Ginza from Gion. My grandfather had 8 children and 3 of them became Tempura chefs. One of these 3 is my father, which means he is the second generation of “Kyoboshi”. The other 2 brothers have Tempura restaurants and they are “Nanachome Kyoboshi” and “Yoshimatsu”. That’s why I was born and raised in Tokyo.

Until I graduated from high school, I didn’t really study cooking and went to a general high school.

When did you decide to pursue the cooking profession?

Mr. Sakakibara
I don’t remember exactly when but I worked part-time at restaurants when I was in high school so when I needed to think about my future after graduating from school, I had it in mind already.  So, it was already decided that I was supposed to serve an apprenticeship after graduating from high school. It was a long established restaurant called “Harihan” (*1) which used to be in Nishinomiya city in Hyogo prefecture.

I served as a sleep-in apprenticeship there. It was such a strict environment so they taught me very well. It is very different from nowadays but we woke up 4 in the morning during the busy time and worked until the midnight.

I only had naps and didn’t really sleep. It was the peak of the bubble economy. There were so many customers that came to my restaurant and everyday was so hectic there. There were no holidays. I didn’t go back to Tokyo on my coming of age ceremony and worked. I did apprenticeship since I was 18 so my friends mostly spent their life at universities.

However, I didn’t have time to envy them. I was only wrapped up in the work in front of me every day. I was left handed so I struggled a lot at first. Japanese cuisine knives are all made for right handed people. I needed to use my right hand to cook. When peeling ingredients, I cut the skins of my fingers.
I spent fruitful days learning the basics of cooking as well as the tea ceremony. 4 years after I started my apprenticeship, I was appointed to do some responsible work. I quit “Harihan” at the time when “my job was going to be very fun”.

*1 “Harihan” is a long established restaurant in Kansai which was established in 1879 (Meiji 12).
It opened 4 branches in Osaka city and Nishinomiya city. It is famous for the restaurant appears in “Sameyuki”, one of Tanizaki Junichiro’s novels.  It was closed in 2005.

You said 4 years after you started your apprenticeship in “Harihan” at the age of 18 so it was when you were 22, right.

Mr. Sakakibara
Actually a year before my father got sick in bed suffering from brain infarction. However, it was his first time so was not that serious and he got better after that. However a year later, he relapsed for the second time so he couldn’t continue to work in the kitchen.

Therefore, I was forced to go home. It was something I couldn’t help with but I honestly wanted to stay at “Harihan”. I wanted to learn more as I didn’t think I grew up enough. I was not mature enough and needed more things to learn but was going to open “Kyoboshi” as the third generation.

I decided to go to Kyoto which is my parents’ hometown because there were many relatives in Kyoto and my father’s condition was not good. I thought it would be safe if I opened a restaurant. It is 26 years ago when I opened a new “Kyoboshi” in the current place after selling the Ginza one.

This is an excursus but the shop which was opened in the place in Ginza was a Tempura shop coincidently. It’s the famous Tempura shop, “Tempura Kondo”.

*2: Tempura Kondo
Mr. Fumio Kondo whom we interviewed in Foodion before. He is famous for his creative ideas of using thin batter when deep-fried and using vegetables as Tendane. 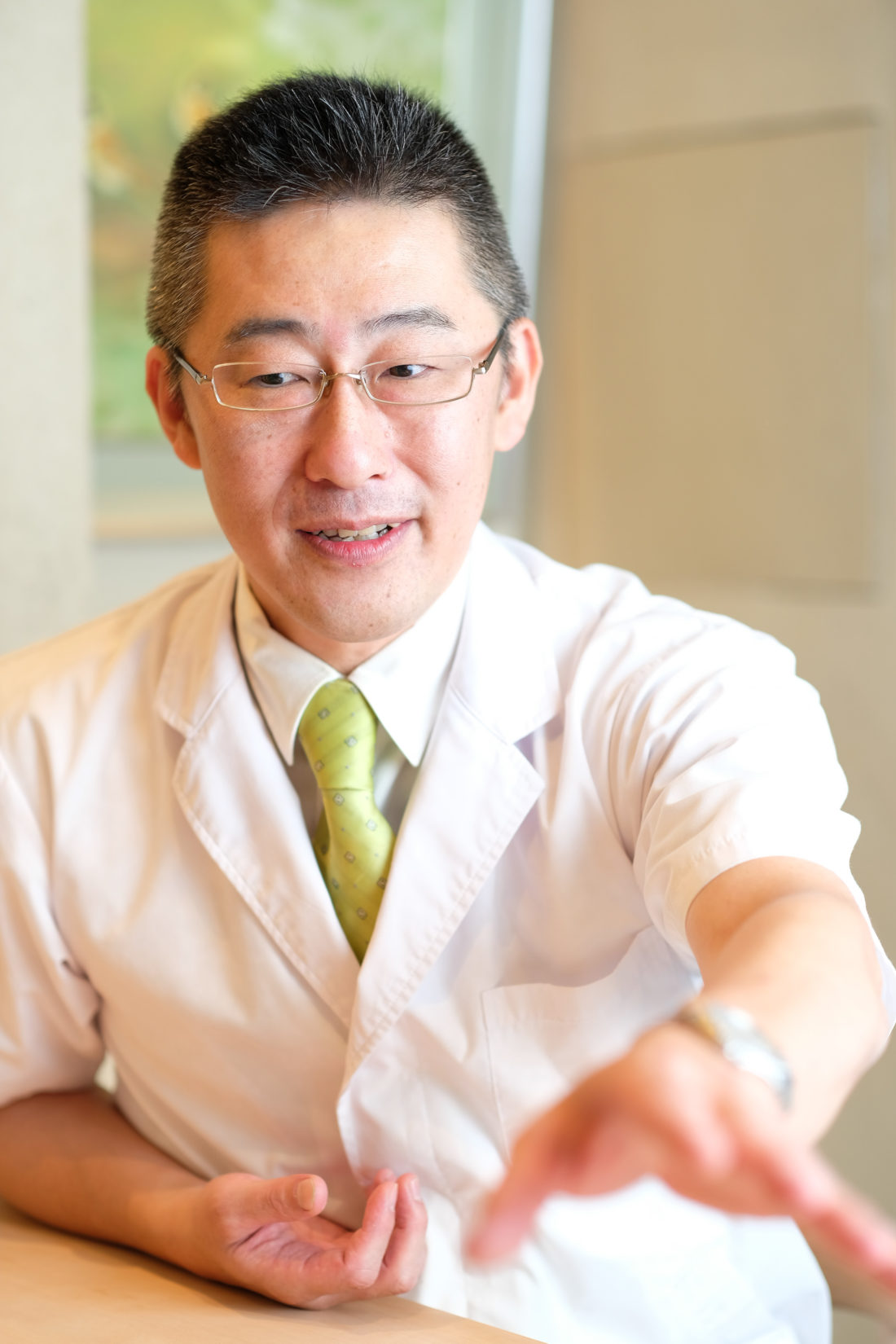 In his 20s after the bubble economy burst is when he struggled and faced difficulties in running the business.

So you really started from scratch.

Mr. Sakakibara
I struggled at first. When I was making Tempura, I was not able to talk to customers. Everything in my mind was Tempura. During the training time at Harihan which used to be a famous old fashion restaurant, I did not learn specifically about Tempura so I learnt the skills of Tempura cooking from scratch under the supervision of my father. Not only studying at the restaurant, but I had so many other things I wanted to learn such as ingredients and other cuisines. Therefore, I learnt at some other restaurants on my holidays to seek more opportunity to study.

It must be very hard to learn skills as well as think about running the restaurant.

Mr. Sakakibara
Yes, that’s right. When we moved to Ginza from Kyoto, it was after the bubble economy burst and the economy was slacking off. Around the Ginza area, it was very quiet and sad, so it was so hard to run the business. Even the struggles, my father brought his old friends such as Geiko to the restaurant. I really appreciated that customers were happy to have Kyoboshi back from Ginza to Gion. Although there was always a huge pressure on me to serve food that can satisfy customers’ expectations.

In that way, my father tried to help me out with running the business but I was only thinking about improving my poor skills in any way. I only thought about Tempura. I guess I had huge pressure on me. I was suffering from insomnia. Even when I was able to sleep, I was always deep-frying Tempura in my dream. I can’t forget my dream that I was making Tempura on the airplane which is impossible to happen. lol

When did you start feeling satisfied with your skills?

Mr. Sakakibara
Well, I am not sure about that…. Honestly, I still struggle with this. Tempura is such a deep world and very sensitive which are the interesting aspects. I don’t satisfy with how I am now. I sometimes think “Well,,, I am not doing well today..”

However, I was so happy when my restaurant was picked up in Michelin guide in 2010. I really thought my efforts were acclaimed.
I knew gaining starts is such an honor since Michelin guide existed in French cuisine world in the era of “Harihan”‘ apprenticeship. However, it was not in Japan so I thought it would not be involvement with myself.

Kyoboshi was chosen since the first year of publish so I was very surprised and amazed. I became a head of the restaurant at the age of 22 when my father got sick. When the business was not doing so well, I worked part-time until the next morning after work. I recalled all these experiences I felt so amazed.

When I heard about Michelin, I was like, “I can’t believe it.” and tears came down from my eyes with no reasons. For 9 years since then, my restaurant gains starts thanks to everybody.