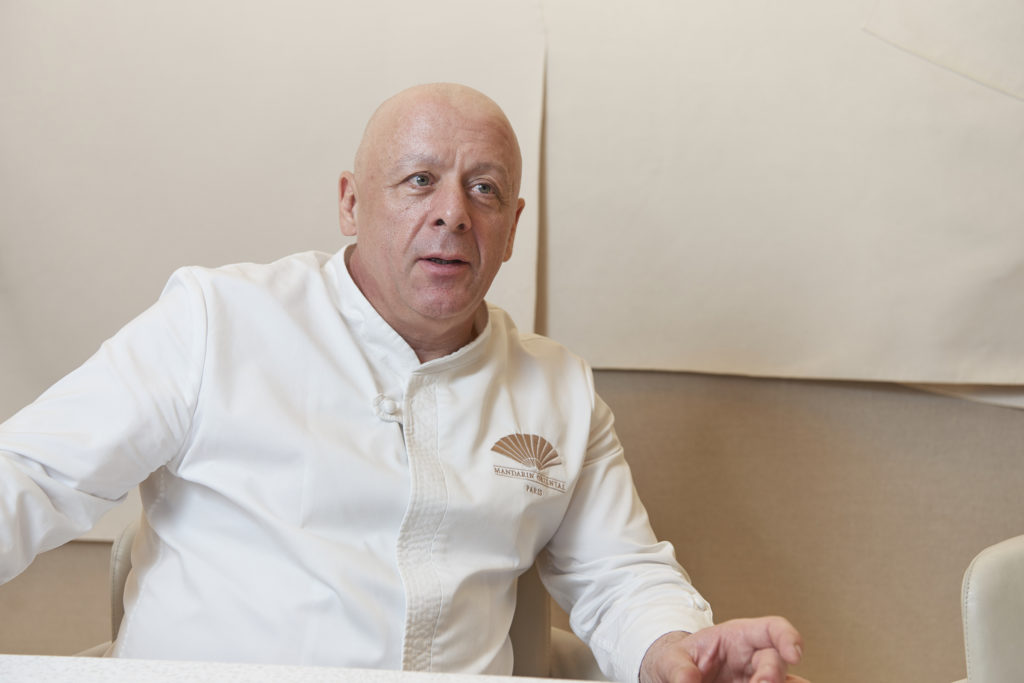 We are all different and sometimes unequal in life, but we can succeed if we fight for it.

Did you encounter difficulties in your career?

Marx:
Yes I did, because I was neither the student of a great chef nor a graduate from a famous culinary school. I managed to work for great chefs only because I forced some hands to make it happen. Some cooks were born in a chef’s family, chosen as disciples by a great chef, or graduated from a renowned culinary school. Compared to those people, it was hard for me to get recognized.

So, for me it was difficult to make my mark at first. But it was also interesting, because I realized that life is a struggle, a battle that must be waged honestly if you want to achieve something. Even if we are all different and sometimes unequal in life, we can still succeed if we fight for it. We must not give up.

When you were young, did you picture yourself in the future as a grand chef?

No, I just knew that I wanted to move to a higher social level. I come from a poor neighborhood. I wanted to get away from poverty, to be able to live in a fancy neighborhood and to buy the things I was longing for. You don’t forget where you come from. Some people do, but I remind myself that I have worked very hard – sometimes I still work too hard – because I don’t want to go back there.

Was it difficult to train under famous chefs?

Marx:
I’m very athletic and in good shape, so it wasn’t hard for me – I had the physical fitness necessary for the hard work. I have practiced Judo since the age of six, and thanks to that, I wasn’t bothered or bullied much (laughs). The work hours were long, but I was with chefs I enjoyed working for and, thanks to sports, I had a great mindset and fighting spirit. I was able to achieve what I wanted. 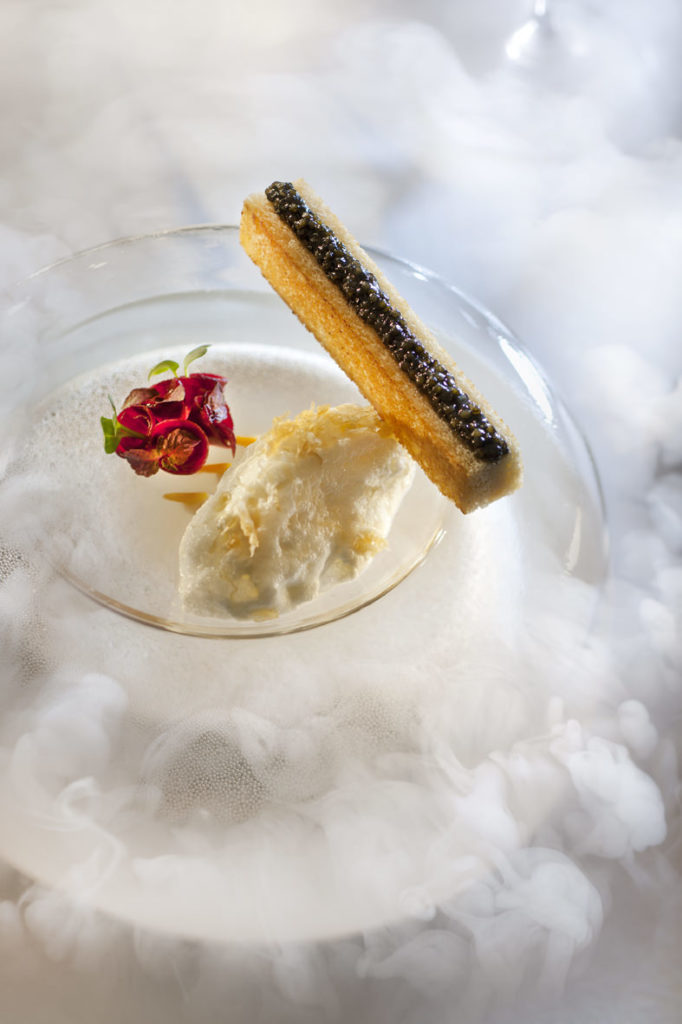 What is important for becoming a good chef?

Marx:
To learn the basics. Because once you have them down, you can create freely. If you don’t learn them, it will slow down your career and keep you from moving forward. Young cooks today don’t like learning or practicing how to make broths or cut fish – they want to skip directly to plating. But we must first learn and practice the basics in order to understand the very essence of taste.

I have heard that Restaurants don’t spend as much time training apprentices as before.

Marx:
Yes, because restaurants focus on what they need without taking the time to teach young cooks the basics. So when a young cook leaves a restaurant, he might not know how to make a French classic dish. That’s because he was in charge of making only one thing and didn’t learn to make the vast variety of things that are required in a kitchen.

In the past, we were taught the basics. It’s an important point. Major chefs that stay in the limelight such as Joël Robuchon, Paul Bocuse, and Alain Ducasse are people who have learned and fully mastered the basics of the flame, the gesture, and timing.

Fully mastering these things enables one to create freely. If you haven’t mastered the basics, you’re only able to copy – you can’t exist as a cook, as an author, or as a creator. In my kitchen, I give my staff the opportunity to be engaged in the whole process and to practice all the basics. A cook that can’t filet a fish is not going to be able to cook. First you have to learn to cut fish, meat, and vegetables.

It is said that even if you do graduate from culinary school, it’s not so easy to continue the cooking profession.

Marx:
Everything is mixed up. The young people who come today to this profession aren’t planning on staying in the same trade all their life. A young cook who arrives here has two brains, because he has a smart phone and can google any recipe right away. What is missing is the gesture, but they already have the recipes – so they probably learn a bit faster.

They want to experience different trades – one day they want to be a pastry chef, and then they want to be a cook.  And when they realize that this lifestyle requires an investment of so much time, they give it up unless they truly feel the calling. This is universal – in this sense the earth is flat, it is true in France, it is true in Japan, it is true in the United States, it’s true in all the countries where I go. The young people want to combine their professional experiences – one day it’s cooking that interests them, the next day it’s pastry, and then they want to move on. This is the modern world, and that’s how it is.

Moreover, they see chefs being treated like stars in TV shows and magazines, and so they idealize the profession. But to become such a star, you have to put in a huge amount of work and sacrifice your time. As soon as they realize that, they quit the profession. That’s why it’s difficult to pursue this profession.

Has the mentality changed?

How would you encourage a young person to stay on this path?

Marx:
When he’s tired, I would tell him to rest, because it’s dangerous. People think that it’s physically challenging, that you need strength – but most of the time, it’s a question of using the proper gesture.  People exert too much energy to compensate for the lack of proper movements and knowhow. A better mastery will save them effort and time. If you find it hard, it means you haven’t mastered the gesture properly. Once you have the proper gesture, you are ready to grow.

It is better to learn the right gesture first and work a little less. But often young cooks do not want to hear that. They think that the learning is done on Internet, but it’s not true. You won’t know how to cut fish just because you watched videos on YouTube. You have to actually do it, and you have to keep on practicing. Often apprentices study too many things in theory, instead of practicing. You have to be patient; otherwise it’s not going to work. 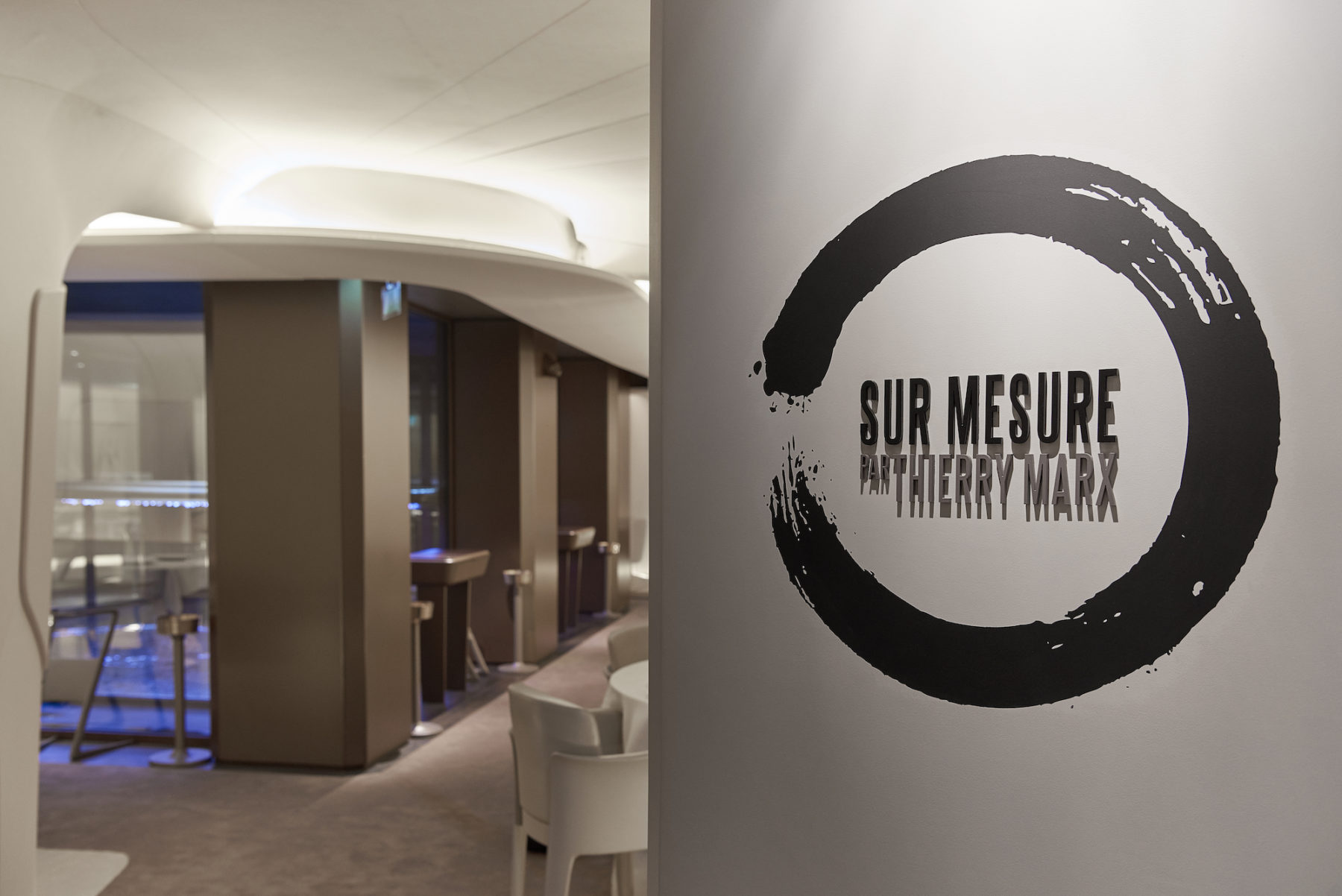