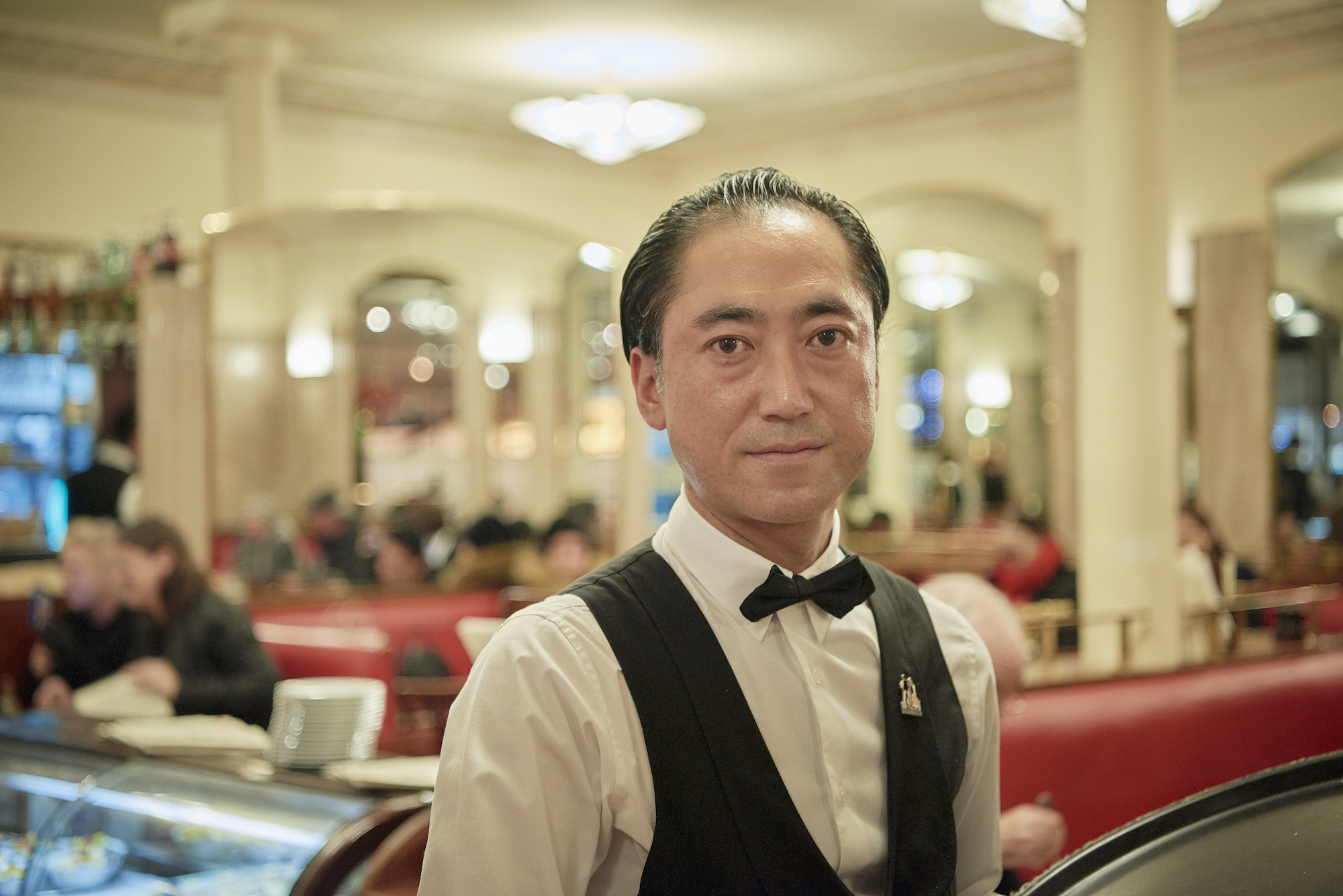 Café de Flore, located on the left bank in Paris was born in 1885. The name comes from the spring goddess statue, “Flore”, which used to be placed along Saint Germain Avenue where the cafe is located. Since the opening, poets, playwrights, actors, and painters met up, talked to each other and created many artworks.
Up until today, the meaning of the existence of Flore has been passed down from generations to generations.
Jean-Paul Sartre had a quote; “Garçons of Flore are actors who play on stage called Flore everyday.” There is one Japanese man who has been playing that role since 2003. Beautiful service with regular clients coming to be waited by him. We took an opportunity to hear from Mr.Tetsuya Yamashita. 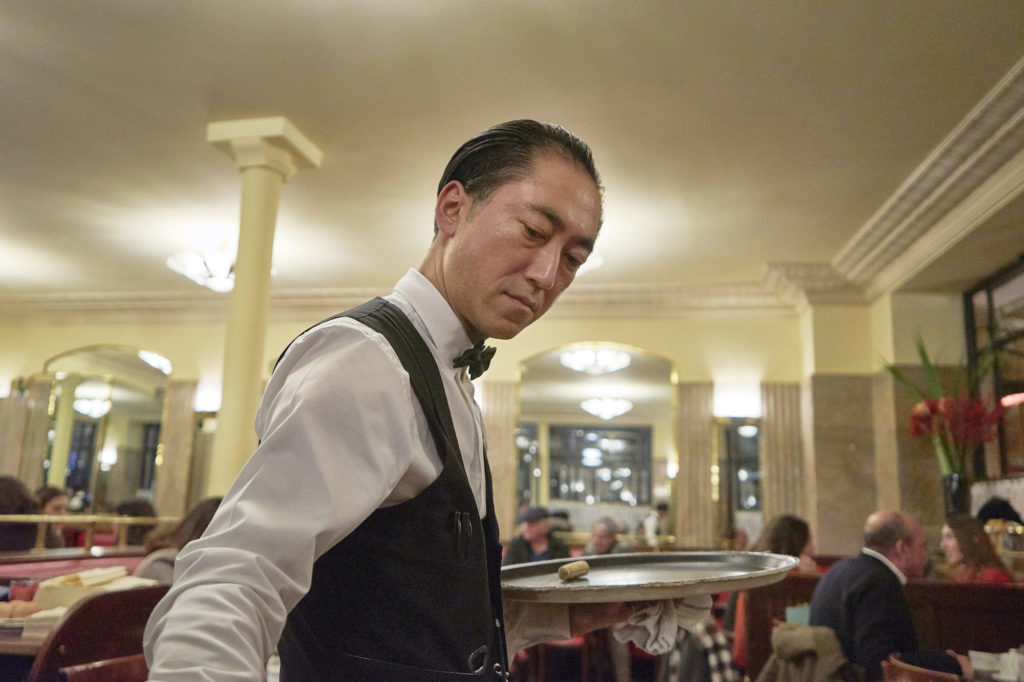 Thank you for accepting our offer for this interview.

Mr. Yamashita:
You are welcome. Honestly I think true professionalism is to express myself at my own work, so I am not going to talk about anything besides what I express on the stage called Flore. I also have an esthetic that it is not cool to talk a lot about.
There is an old saying, “Seeing is believing”, and I want people to see my service at Flore and feel something good out of it.

But nowadays not only in Japan but here in France, the job of Garçon, serviceman, is at a critical point, and I thought if I could tell something from my experience, I want to take a chance.

I heard that when Japanese Prime Minister Abe came to Paris, you were invited to Élysée Palace dinner by president Hollande and had a chance to sit next to Mr. Alain Ducasse.

Mr. Yamashita:
I am just a Garçon and it was a great experience.
I was very surprised when a letter from the executive office of the president arrived to Flore.
It is because I kept on following the way I believed. I also felt strongly that I have to live as a successor of French culture.

When you first came to Paris, Mr. Seiji Ozawa, a conductor, told the manager, “Please take good care of Tetsuya”. Was he a client when you were working at Flore in Omotesando, Tokyo?

Mr. Yamashita:
Yes, actually my relationship with Mr. Seiji Ozawa is a formative one. I lived in New York between 5 to 8 years old, and when I was 6, I had a chance to see the Boston Symphony that he conducted, and I could not forget him standing there as one of the only foreigners in the group.

After that, he had done a lot to me when I was working at Omotesando. It is a promise between two men so I cannot say much but I became who I am because of him. I am hoping to do something in return for his kindness. 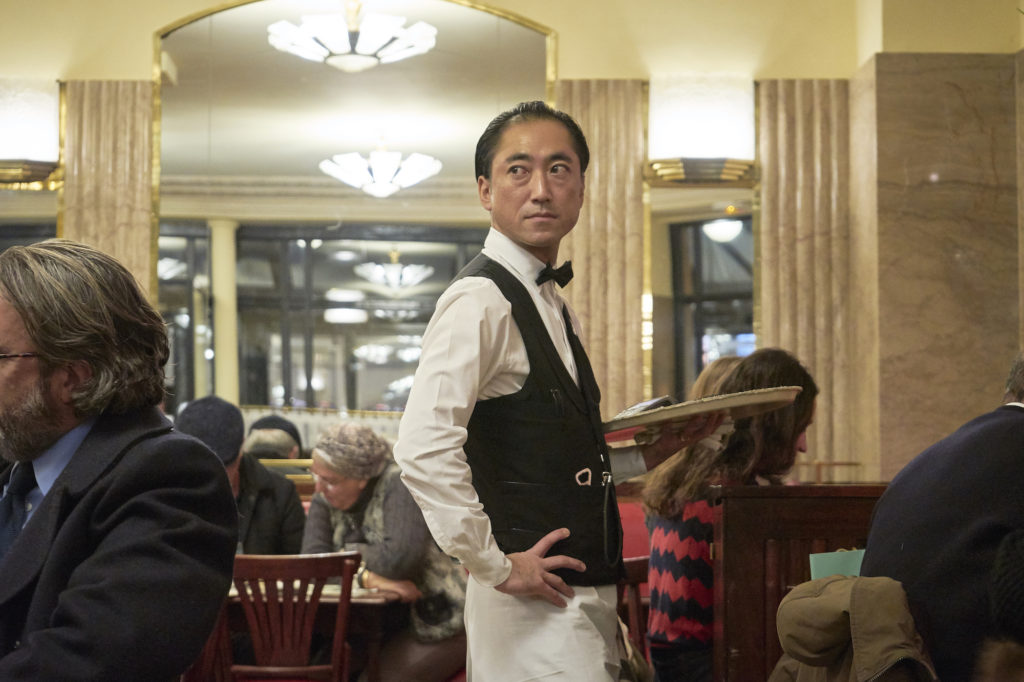 Having great joy within work and having fun with it.

Please describe how you got this job.

Mr. Yamashita:
First step of tasting this world was a part-time job at a French restaurant called Selan, located at Gaienmae when I was a freshman at a university. It had a terrace and was very fashionable. I was such a sheep and I applied for an interview. Somehow I was one of two who were selected out of 120 who went to the interview. At that time, the campus was not in the city so I quit in the first three months due to commuting problems but I was thinking to go back during my junior year when the campus moved to the city.

Finally, I happened to start working at Flore at Omotesando when it just opened. One of the reasons that I chose that cafe was that I wondered, “What is a cafe?” when I read Hemingway’s “The Sun Also Rises”.

Mr. Yamashita:
Yes. I used to skip class at my university and went to different restaurants and cafes around Harajuku and Omotesando and studied there instead of eating at the cafeteria at the campus. The time I spent there is now an asset. It is important to see and learn about the world that you don’t know for people who want to be in the service field. It is also important to know about, not only good food, but to see other things like fashion, literature, music, etc., which relates to people as a serviceman.

I don’t think we can be flexible without an open mind. Since this is a work which requires human interaction, you must be flexible to do a good service.

Also along the way, serving clients will grant to more experience. When you are young, it is common that you are inexperienced, but it is important to have thirst for knowledge and explore.

How do you pay attention to gain beauty, sense and culture?

Mr. Yamashita:
For example, I polish my shoes daily before go to work. I do it as a serviceman who faces clients, and moreover, as a man, it is my policy.

The person who taught me how to polish shoes is Mr. Gentaro Inoue, who is considered as the best shoe-shiner in Japan. We got to know each other when I bought a pair of shoes (which was in my opinion, too good for me) in my mid 20s.
He is extremely cultured, knowledgeable in many things and quite interesting.
Even nowadays every time I come back to Japan, I visit Hotel Okura in Tokyo, where Gen-san resides, to greet and have my shoes polished.

My policy is to polish by myself, but I admire Gen-san’s style which reminds me that, “shoe polishing, it’s also an art”. 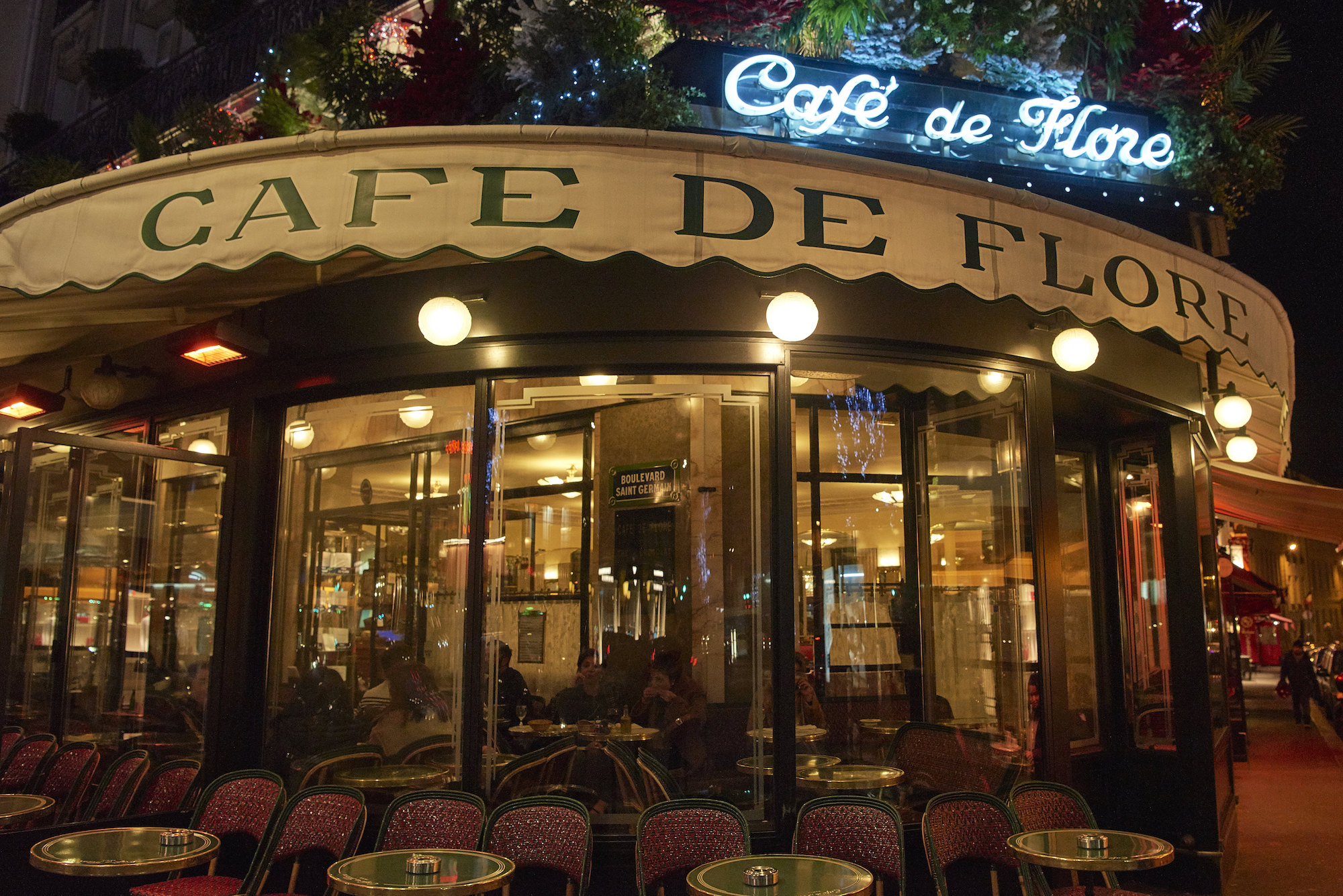