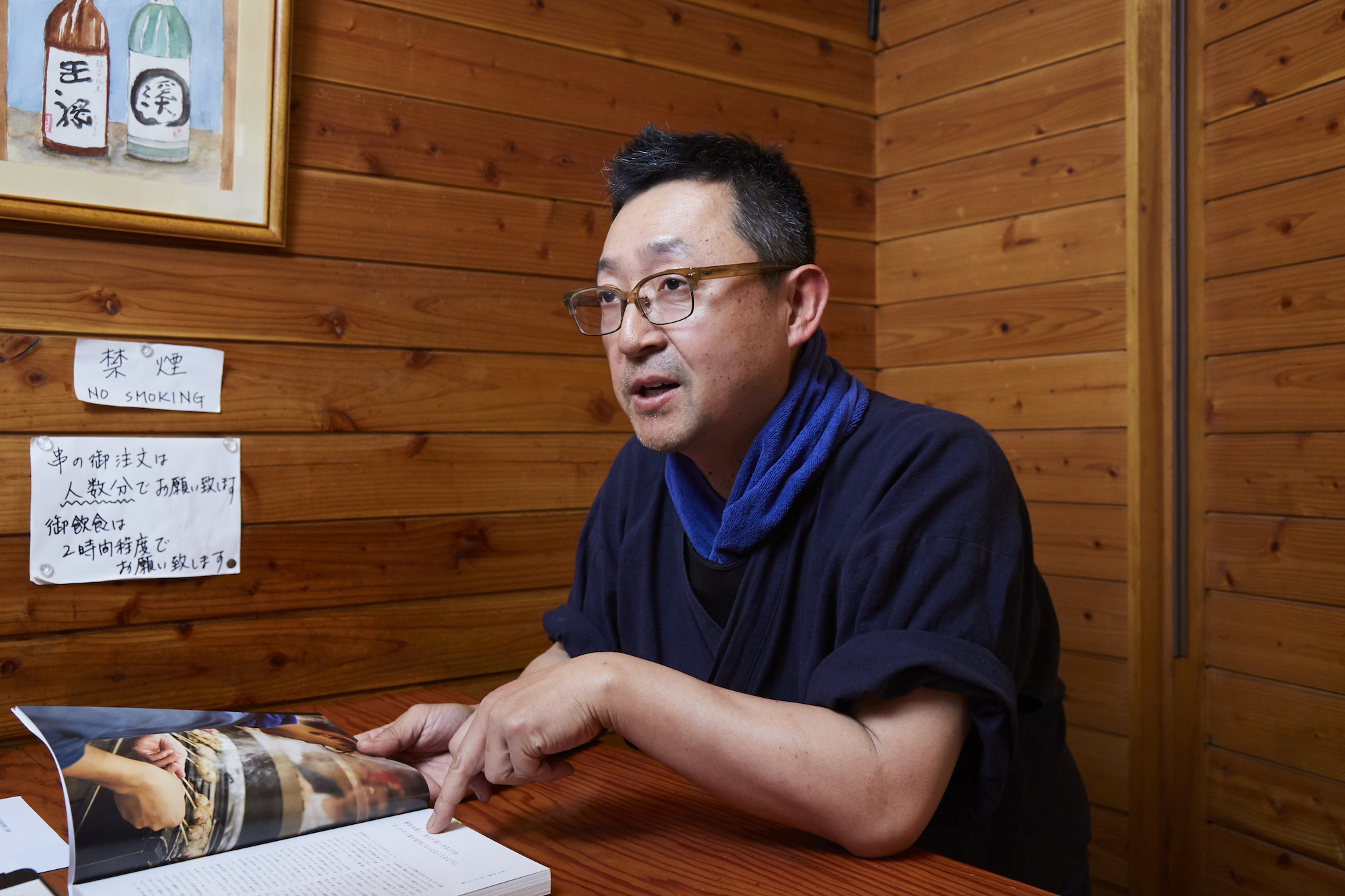 Opening for business two years after leaving the company!

In what ways did you train and study after quitting the company?

Mr. Naganuma:
Since the plan was to start a shop within two years of leaving my company, going the so-called normal study route was too time-consuming. That’s why at first I took a part time job for three months at Keikiya, the restaurant which I mentioned earlier. Next, I was asked whether I’d like to be a store manager at a standing room only pub which handled 30 types of local sake, and I worked there for half a year. After that, I was allowed to grill at a popular yakitori shop called Unoya. I went independent after studying there for around a year. As planned, I started my business just under two years after quitting my company.

How did you think up the plan for your shop?

Mr. Naganuma:
For the shop’s location, I set my sights on a spot which was one station away from major stops like Umeda and Namba. I wanted to create a place that people came to deliberately rather than a place in front of the train station that everyone would pass by. Yet, I thought that a location which was close to the station, and which could be easily remembered after going there once would be good. Nowadays, the area around Fukushima station is seeing an increase in stores and has become a popular spot, but in those days it didn’t feel like that at all. Also, the storefronts and yakitori shops had a slightly unwelcoming feel to them. Only those who were in the know would come by, rather than everyone being able to freely enter. That’s the sort of atmosphere I wanted.

The menu had been decided quite a while ago. When I was going around trying different foods, I would think, “If this shop were to do it this way, it would be better.” I think I’d amassed knowledge of restaurants without even knowing it because of that. I also haven’t done many cost calculations since starting up the business. The reason is that once I start looking at costs, the focus on cuisine becomes steadily less. The profit ratio seems to have increased, although I try not to give it too much thought. 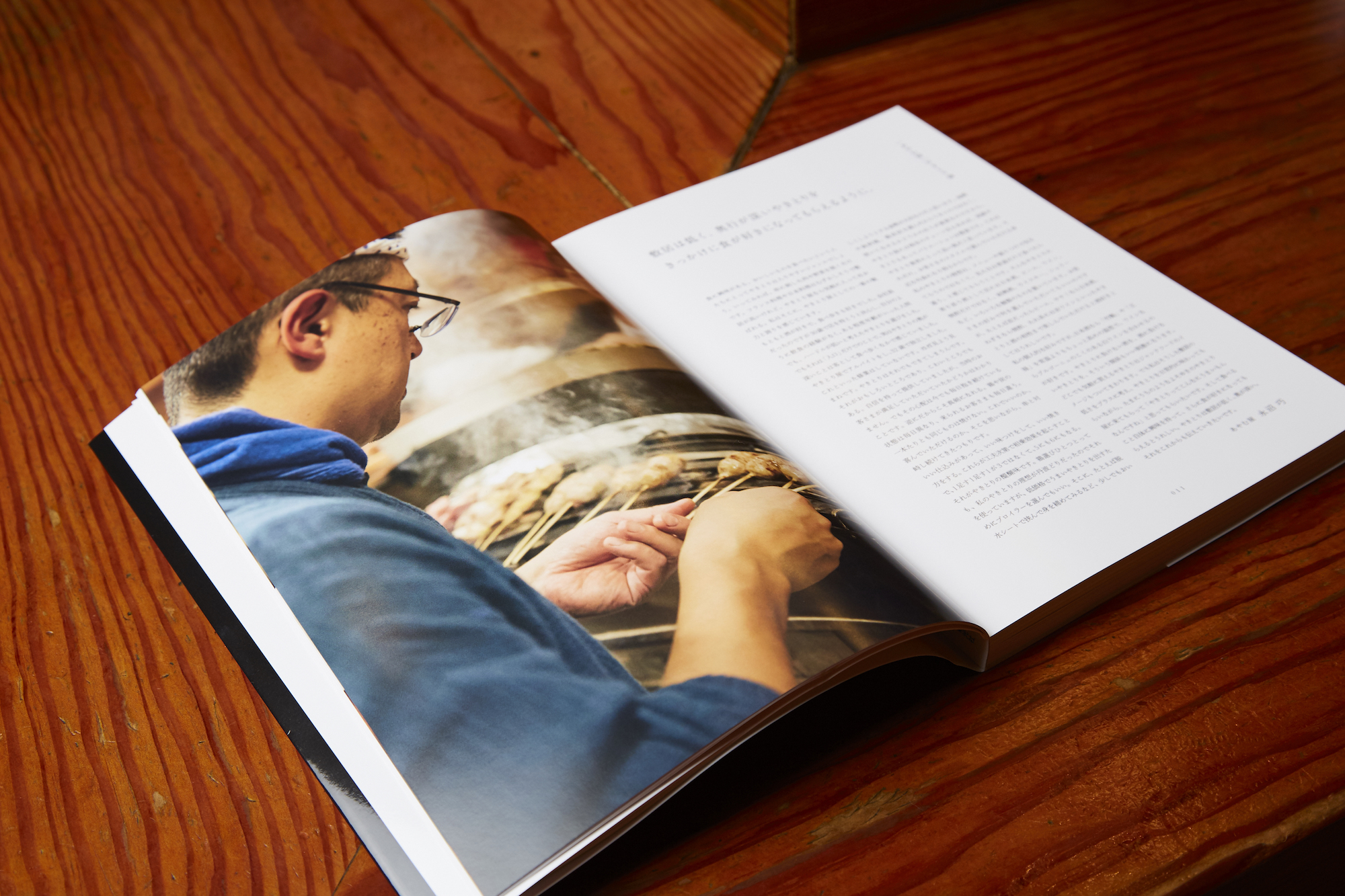 The shop becomes the talk of the town as word of mouth spreads among culinarians.

How was the shop cultivated into becoming the popular destination it is now?

Mr. Naganuma:
At the outset, I was a complete stranger; I wasn’t at all acquainted with people from the food and beverage industry, but I also wasn’t a local. That being said, I didn’t want my shop to accumulate acquaintances or friends from my company days. That’s why I didn’t send out many invitations and when we opened, guests came sporadically. Also, it’s scary to think, but I didn’t even have any working capital arrangements. I didn’t even think about that sort of thing.

Then, I think after we had been open for about two weeks, I was suddenly paid a visit by Mr. Oka, who is employed as the sommelier at the Rihga Royal Hotel, my shop being located directly on the route from the train station to the hotel itself. Mr. Oka was pleased with the food and began coming once or twice a week as well as introducing other members of the food and beverage industry to my shop. Since then, people from the industry began to come frequently.

A few more months after that, I was visited by Yoshifumi Mori, owner and chef of a well-established shop that had just had its 40th anniversary. At the height of it, he was coming three or more times per week and on each visit he would take a bunch of my shop’s cards with him when he left and distribute them to his customers and acquaintances in the culinary industry. Back then I was working until 2 a.m. and at night, my shop’s counter was almost full with chefs and cooks who had just finished work [laughs]. I maintained my composure because I wasn’t from the cooking industry, but if I had been from those circles, I think that such a distinguished line-up would have made me too nervous to cook [laughs]. My case is probably out of the ordinary, but this was how I made connections with people from the culinary world and how my shop’s name spread by word of mouth. After being open for a little under a year, Mr. Oka of the Rihga Royal Hotel was featured in a serialized article in a gourmet magazine and referred the readers to my shop, after which we reached the point where lots of regular customers were coming to visit. 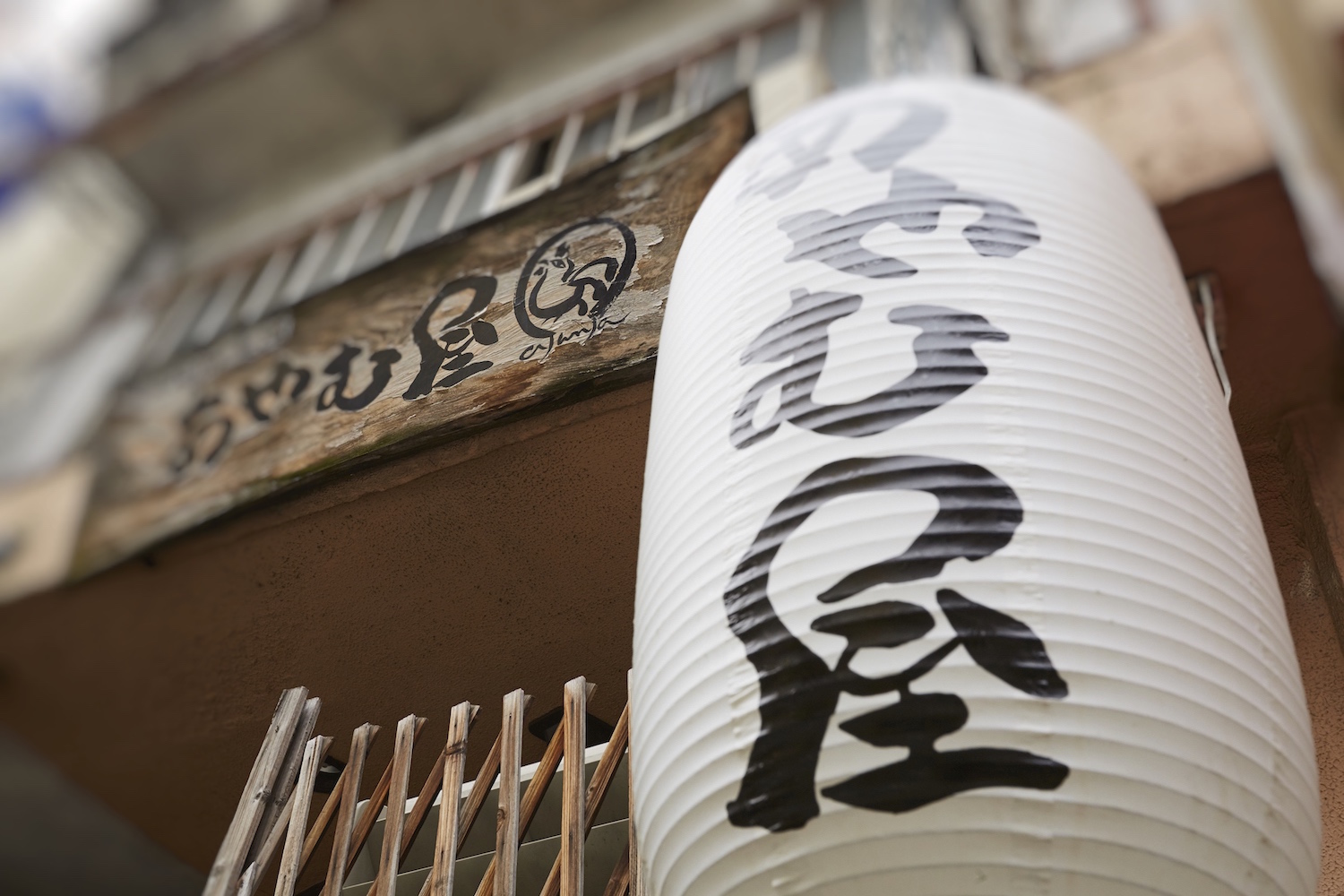