What made you decide to change your career from French cuisine to Italian cuisine?

Mr. Taira :
I am not sure if I can tell you this, but actually, it was a girl (laughs). I did my apprenticeships in Belgium and France for about three years and started getting used to my work. I am the kind of person who wants to enjoy life abroad, so I started going out for drinks with my co-workers.

One day, I was working in southern France and met a girl who was working at an Italian restaurant, commuting back and forth across the border. She was extremely cute! I would go to the restaurant from time to time to pick her up, when one day, the chef told me I might as well work there, given that I went so often.

Is it that easy to change your specialization?!

Mr. Taira :
It was around the time when French, Italian, and Spanish cuisine were beginning to mix, so I had no reservations about changing. For example, we used to use olive oil and seafood often at the restaurant in South France. Moreover, I had done apprenticeships for three years and I was getting tired of working in that environment. It all felt a bit saturated. Actually, many people return home after finishing a three-year apprenticeship. However, I didn’t have any offers from restaurants in Japan so I was concerned with what to do next.

It was at that time that I encountered Italian cuisine. It`s delicious, and I was able to immerse myself smoothly. Although I broke up with the girl soon after, I went to Piemonte and then near Lago di Como in Lombardia to work. I started in Northern Italy, but I was fascinated with the cuisine from the start.

What was the most charming part of Italian cuisine for you?

Mr. Taira :
The restaurants I did my apprenticeships at weren’t starred restaurants. I chose very local restaurants in areas like Trattoria. While it’s the same old pasta wherever you go in Japan, it is cooked and flavored in different ways depending on the region in Italy. Porcini pasta looks simple, but I was so surprised by the taste and fragrance! It was a huge shock to learn cooking methods which bring out the full power of seasonal ingredients; it was as if these unique dishes opened the door to a new world. I traveled around Florence (Tuscany), Sorrento (Campania), Calabria in Southern Italy; my friend took me across the entire country. I moved to Sardinia after Sicily and worked there for quite a long time. Meeting Italian cuisine changed my life! 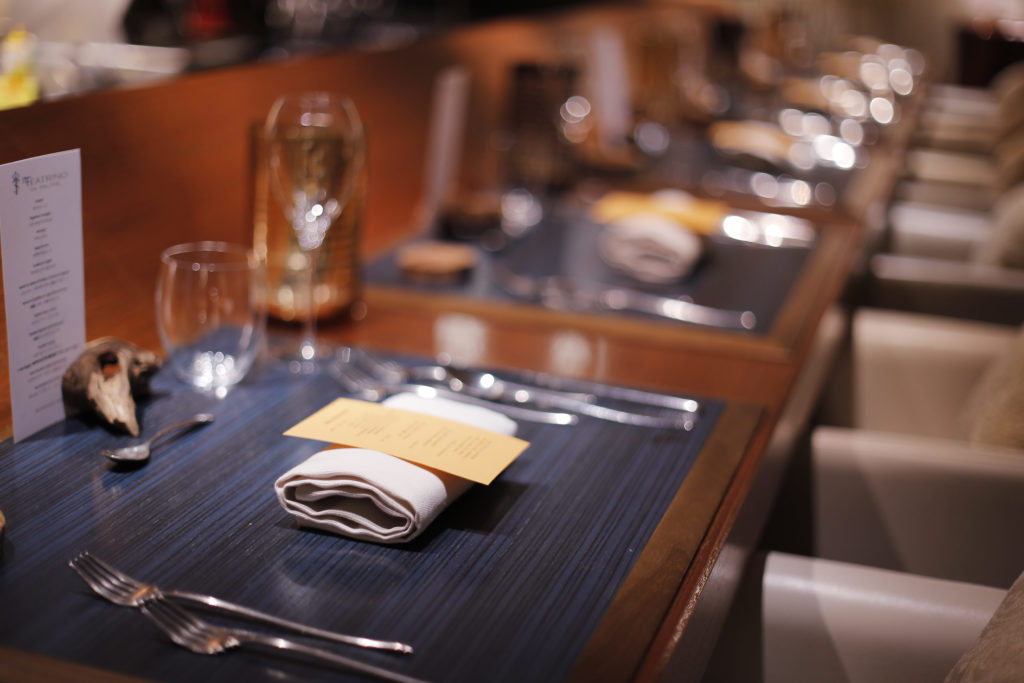 Pursuing the dream of owning a restaurant

After working in Italy for three years and six years in Europe in total, you came back to Japan.

Mr. Taira :
Six years abroad is kind of a milestone: those who do their apprenticeships overseas tend to stay after they exceed six years, but I wanted to go back to Japan eventually. The timing seemed right for me to go home.

However, I didn’t have any connections with restaurants in Japan, so I decided to visit Mr. Shunji Tsukahara (a chef at L’ecrin at that time) to inform him of my return. He asked me, “You are going to do French, right?” I told him that I actually want to do Italian, and he was very surprised to hear that. Then, I was introduced to Mr. Yoshimi Hidaka of Ristorante Acqua Pazza and started working there. It was right in the middle of an Italian cuisine boom at the time.

Didn’t you think about starting your own business soon after returning home?

Mr. Taira :
I moved to Belgium as soon as I graduated from high school and spent six years abroad. I had no concept of what to do after going back to Japan, with my pension and everything (laughs).  Even though I wanted to do Italian cuisine, I had no connections in Japan, so I figured I would first need to build a foundation in order to do so. I decided to work at Acqua Pazza, but I told the chef that I would want to open my own restaurant in the future. He was kind enough to understand my intentions, so after working in the kitchen for a couple of months, I sort of worked as his assistant, carrying his bags and whatnot. I was also introduced to many people as one of the staff members to help with events or photoshoots. However, I was sometimes late for photoshoots after getting stuck in traffic; I showed up late to a cooking event attended by hundreds of people. I apologized profusely after those mistakes (laughs). I failed in many situations, and as a 24-year-old, I still had a lot growing up to do. However, Mr. Hidaka always supported me generously.

Then you finally started your own restaurant. Did you have enough savings to do so?

Mr. Taira :
Of course not (laughs). And my family wasn`t rich either, so I couldn’t ask them for help. I thought about how I could save enough money in a short period of time, and decided to quit Ristorante Acqua Pazza and instead work part-time as a driver during the day and chef at a hostess bar in the evening. I thought hard about earning money efficiently. After much deliberation, I negotiated so that my pay would be calculated alongside food and drink sales. We made a contract in which I would receive some percentage of the total sales, and calculated my pay by deducting expenses. I was responsible for buying ingredients myself, so I went to Niku no Hamanasa, a butcher shop everyday and just stared at the meat, slowly becoming sensitive to fluctuations in price.  Also, I learned what real service was at that time.

There are many things in common between nightlife entertainment and the food industry. They are both like the military. I developed my sales strategy. Men are simpleminded: they will order whatever the hostess says she wants to eat (laughs). The top hostess there had some regulars who came to the bar everyday. I targeted those customers and made authentic hors d’oeuvre, pasta, pizza, and main dishes, rather than the usual food served in hostess bars such as fruits or cakes. Originally customers don’t expect much, so they were surprised when I served quality dishes. Overtime, they started checking the menu quite often, as if they were at restaurant or something. I started buying champagne and wine. Then sales rose even more. Since my pay was derived from these sales, I was able to save about seven million yen in half a year! 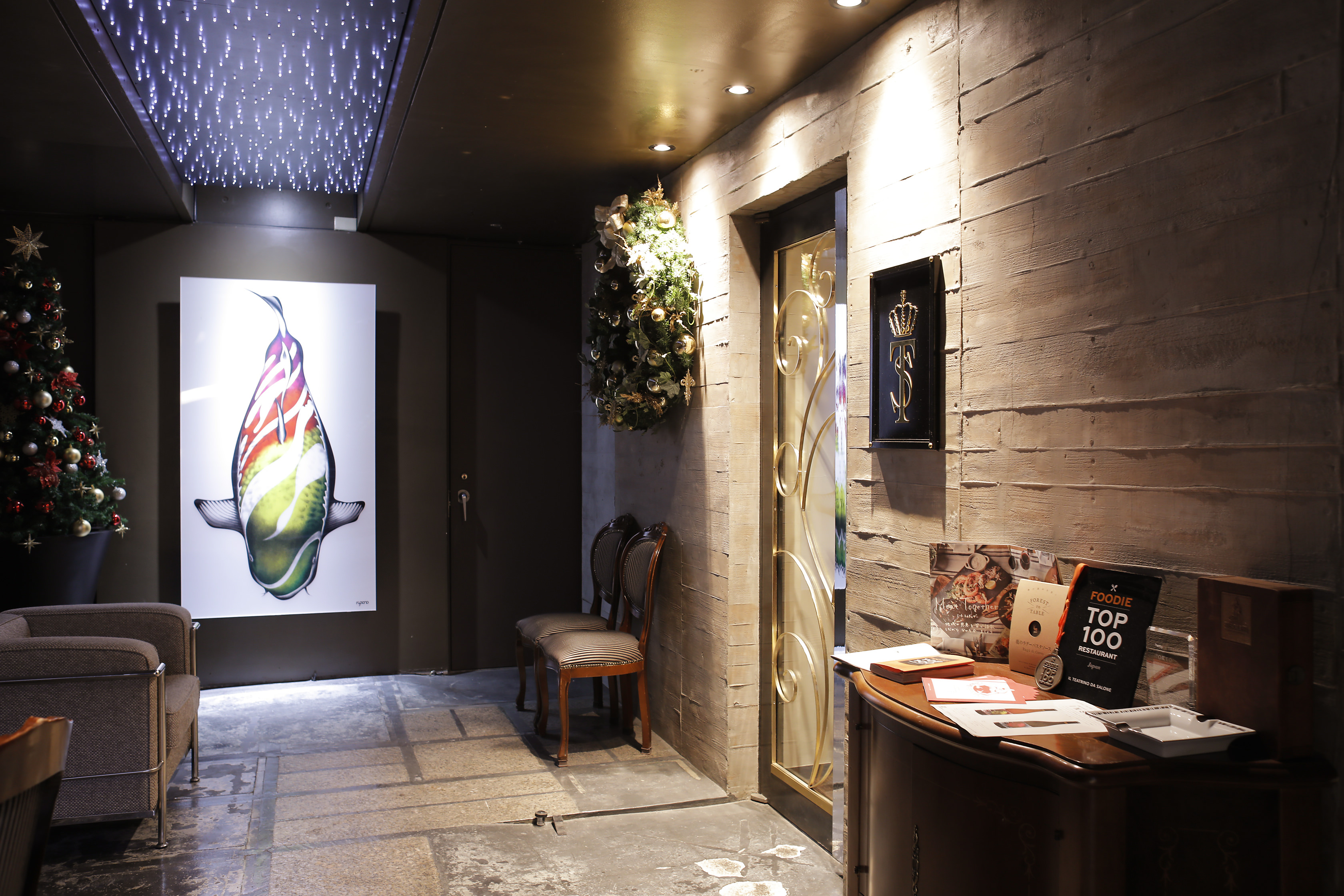