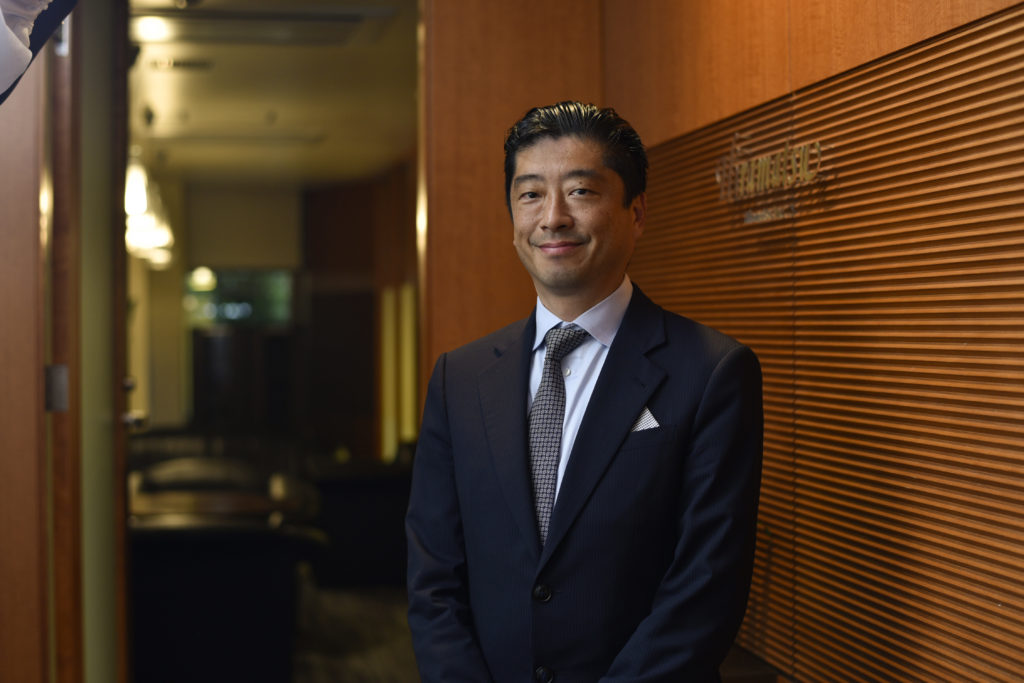 In 1982 the 24-seat French restaurant “Hiramatsu-tei” opened in Tokyo’s Nishi-Azabu district, and then 6 years later it changed locations and expanded, taking on the name “Restaurant Hiramatsu.” From that point on the restaurant blossomed into a variety of new business ventures, including restaurants, cafes, hotels, and more. Thanks to these efforts, the company grew in stature and became a publicly listed company that takes in over 10 billion yen per year.
The restaurant’s charismatic founder, Hirotoshi Hiramatsu, worked as both a chef and proprietor, and in 2016 he passed the torch down to Restaurant Hiramatsu’s longtime manager, Takaya Jinnai. So, how exactly does one go from a service employee at a high-end restaurant to the President and CEO of a company listed on the First Section of the Tokyo Stock Exchange. We headed over to their main location in Ebisu, Tokyo to find out how this story unfolded as well as check in on more recent developments. We also talked about some of the insights and considerations that led Mr. Jinnai to where he is today. 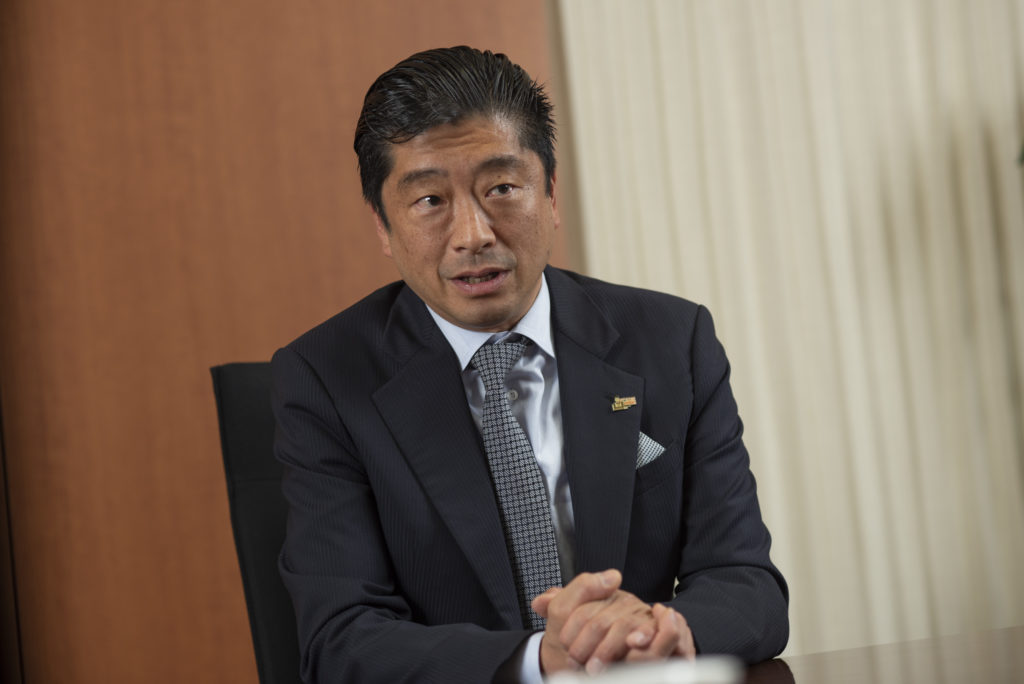 Setting out to work as a chef in French cooking, and discovering the trials and tribulations of climbing the professional ladder

At first your aspirations were centered on becoming a chef, which was based on your fondness for French cuisine, right?

Mr. Jinnai:
Sometime while I was in elementary school I remember writing an essay about how I wanted to become a cook. The school had a PTA-style meeting group that my mother was a part of and that led to one of the teacher’s lending their expertise in cooking. That had a big impact on me. Another deciding factor in all of this was a saturday afternoon TV show called “Ryori Tengoku” (Cooking Paradise). There was a instructor from Tsuji Culinary Institute in Osaka who made French food, which was a great inspiration to me. This is the thing that really got me thinking about cooking French food. When I was in middle school I decided to go to that same culinary school in Osaka once I finished high school.

You ended up carrying through on that decision and enrolled at Tsuji Culinary Institute. After you finished up there did you move on to a school in France?

Mr. Jinnai:
I went to a French school for half a year and then I also did a year-long stint staging (interning) onsite at a restaurant before I came back to Japan. I wanted to make sure that I got a job right away so I had already started looking for places to train while I was still in France. There was a Japanese guidebook called “Gourmand” that led me to “Hiramatsu-tei,” which had earned itself 2 stars.

The restaurant was described as a home-style cooking establishment run by a married couple. The husband was the chef and his wife managed the place. When I thought about running a restaurant of my own that was more or less the kind of place that I hoped to have, so as soon as I got back to Japan I rang them up and asked if I could work there.

Was Hiramatsu-tei being run by that same husband and wife duo when you got there?

Mr. Jinnai:
Oh no, at this point it already been about 4 years since they first opened and their staff had already grown to about 10 people. The restaurant had 24 seats, which is considerable in size, but their lunch was very popular and people would come in droves. This put a lot of pressure on the restaurant, which led to me getting an interview right away with Chef Hiramatsu, or actually at this point Hirotoshi Hiramatsu was the president of the company.

At the time the general path for young people just starting out was to work on the service side of the restaurant, which was typical for any French restaurant. So, working service was my initial entry into the profession as well. In those days it was still very much the case that the kitchen was placed far higher on the hierarchy than anything related to service. But, Chef Hiramatsu held restaurant service in high regard, and he said that “service has the power to rescue food, as well as kill it.”

He would often say something along the lines of, “Even if you want to be a chef with their own restaurant, you still gotta learn about service and wine. Really get to know what makes customers happy and how you can best express yourself.”

I stepped into the kitchen after about a year of service work. After that it wasn’t long until I collided right into the harsh walls of reality that make up the professional cooking world. 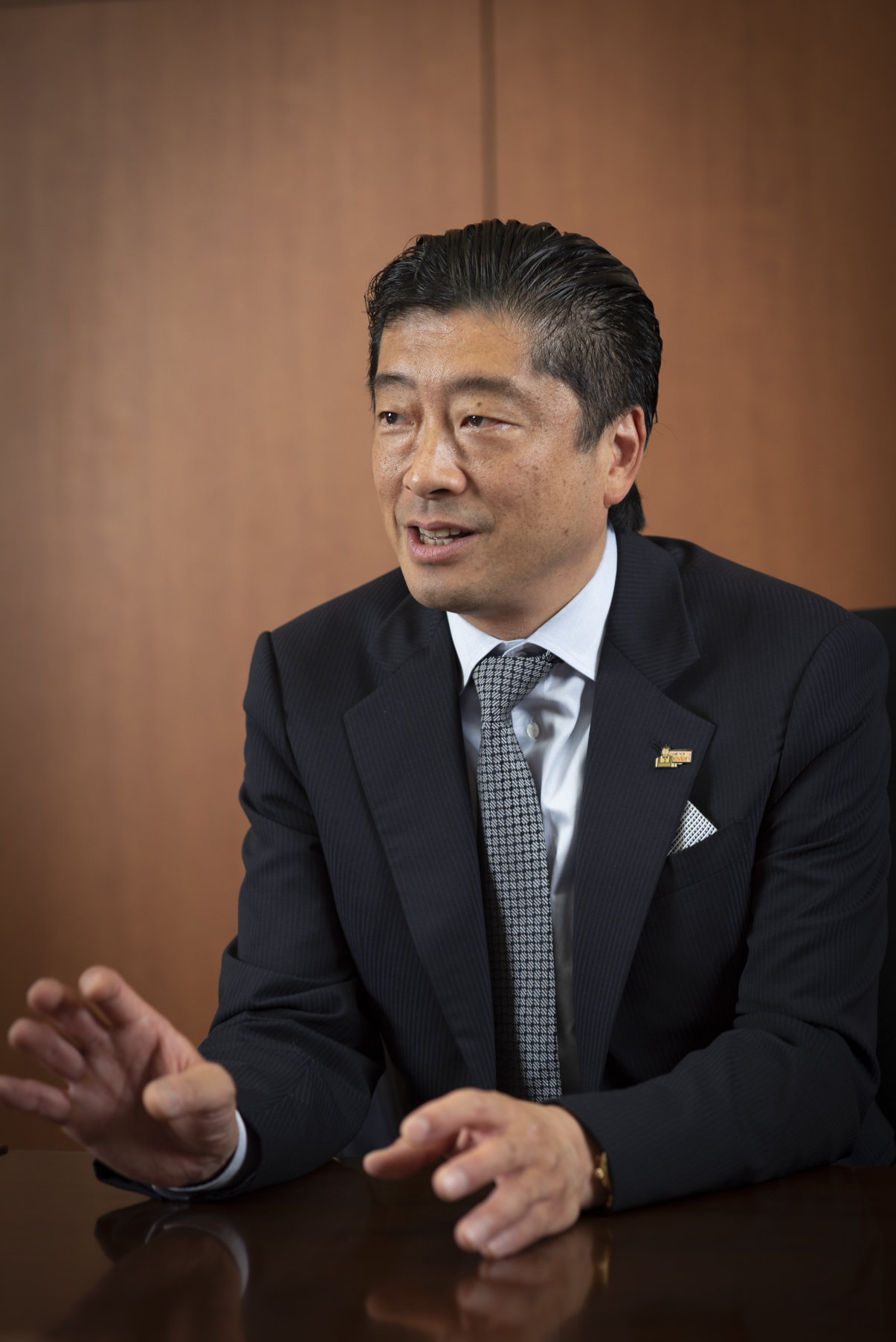 What exactly are you referring to when you talk about the harsh realities of professional cooking?

Mr. Jinnai:
Working as a chef is certainly difficult, but the chefs I worked with had a real tenacity in their passion for food and sought after a level of perfectionism to better express themselves to their customers, and this isn’t something that was particularly common.

Back when I was cooking professionally other chefs would point out to me that I “loved” food too much and that my overindulgence had consequences on the flavor. A chef searches for the best possible dish, which leads them to constantly persist in their pursuit. But, my penchant for food meant that I was satisfied before I even got to that point.

And to add to that, there is another issue in paying too much attention to others. If someone called on me before I finished my own work I would still leave and head over there, which falls below the level of completionism that a chef’s work needs.

As you well know, the culinary world is split into two types: chefs and servers. Right from the get-go I figured that I fell into the latter camp. This was certainly clear to me even more so during the time I worked on the service end.

But even with that, I didn’t have any intention to give up on being a chef. Not after I had gone to culinary school and France. Not to mention the financial assistance that I got from my parents to pursue cooking.

But even so you still turned to service in the end. What changed your mind?

Mr. Jinnai:
To be honest I was anxious about not being able to do my job the way I thought I could. For instance when I was asked to do desserts I couldn’t get the sweetness right and put everything together correctly. I couldn’t even do inventory properly. My work was piling up and I wasn’t able to handle it. It wasn’t amounting to anything fruitful, and I really knew it too.

One time I messed up pretty bad and the chef was livid. After that he called me over to ream me out. Then once things cooled off he went through and broke down what all I was doing wrong. In that same conversation I heard something that I really needed to hear, and it ended up being a turning point for me.

What was it that he said?

I had so much anxiety up until this point, but after hearing his frank words I felt the pressure in my chest fade away.

Just before we moved from Nishi-Azabu to Hiroo, the chef plotted to make each of the four people working in the dining room direct extensions of the kitchen. And I was also to be added to that roster out in the dining room.

So with that everything was set for me to call it quits on being a chef and move into restaurant service. It took some time, but restaurant service did truly become the calling I was looking for, just as the chef had suggested.

Looking back on everything now I can see that my conversation with the chef ended up being a real turning point in my life. If I had taken up work at one of the many other restaurants out there and not joined Hiramatsu-tei, I probably would have continued on as a chef. But, who knows if that would have been a good fit… I certainly don’t think so.

You were still in your early twenties too. And, your conversation with Chef Hiramatsu helped you discover your professional calling in life. But, weren’t there moments when you felt like quitting and going somewhere else?

Mr. Jinnai:
Well it was definitely tough and I thought about quitting at certain points. But, we were all a part of the same generation and we got along really well. Living on your own was hard to pull off financially, so the chef had an apartment nearby for the entire staff to share. The chef was like a father figure to us and it felt like we were his kids all living together as a family.

Since everything felt like that I knew it would cause trouble for everyone around me if I slipped away, and I just couldn’t quit (chuckles). If someone started to feel discouraged then the others would help back them up. If you took off then everyone would have come looking for you like you were a runaway child. It was like one big family in those days.

The idea behind our company is to spread French culture in Japan through restaurants, however, before that we were in rooted in the idea that a restaurant is family. In the French countryside you have all of these auberge-style restaurant and inns that are family run. And even Paris has restaurants run by people from out in the country that offer their own regional cooking and family-style atmosphere. This is the kind of feeling that I’m talking about. 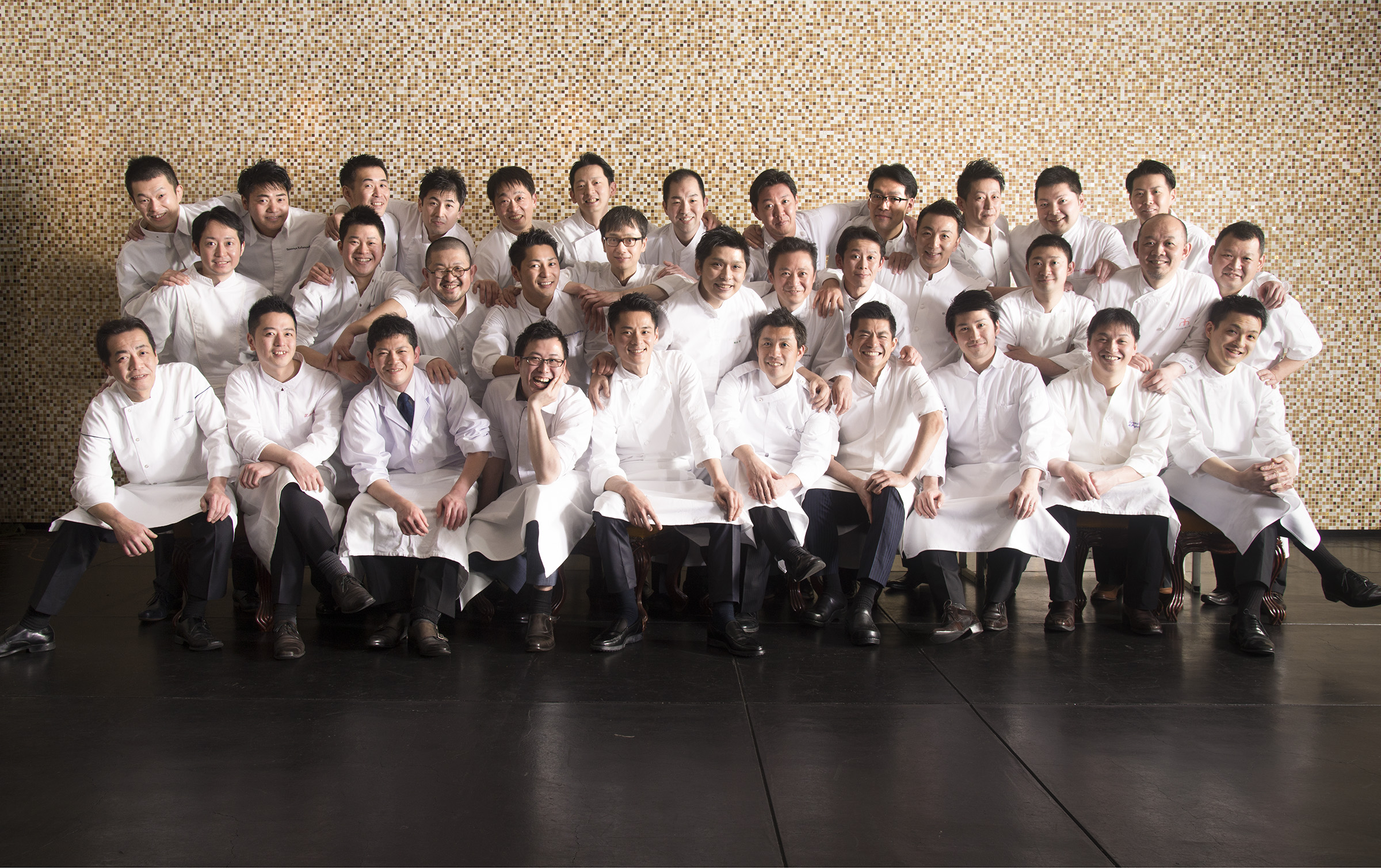