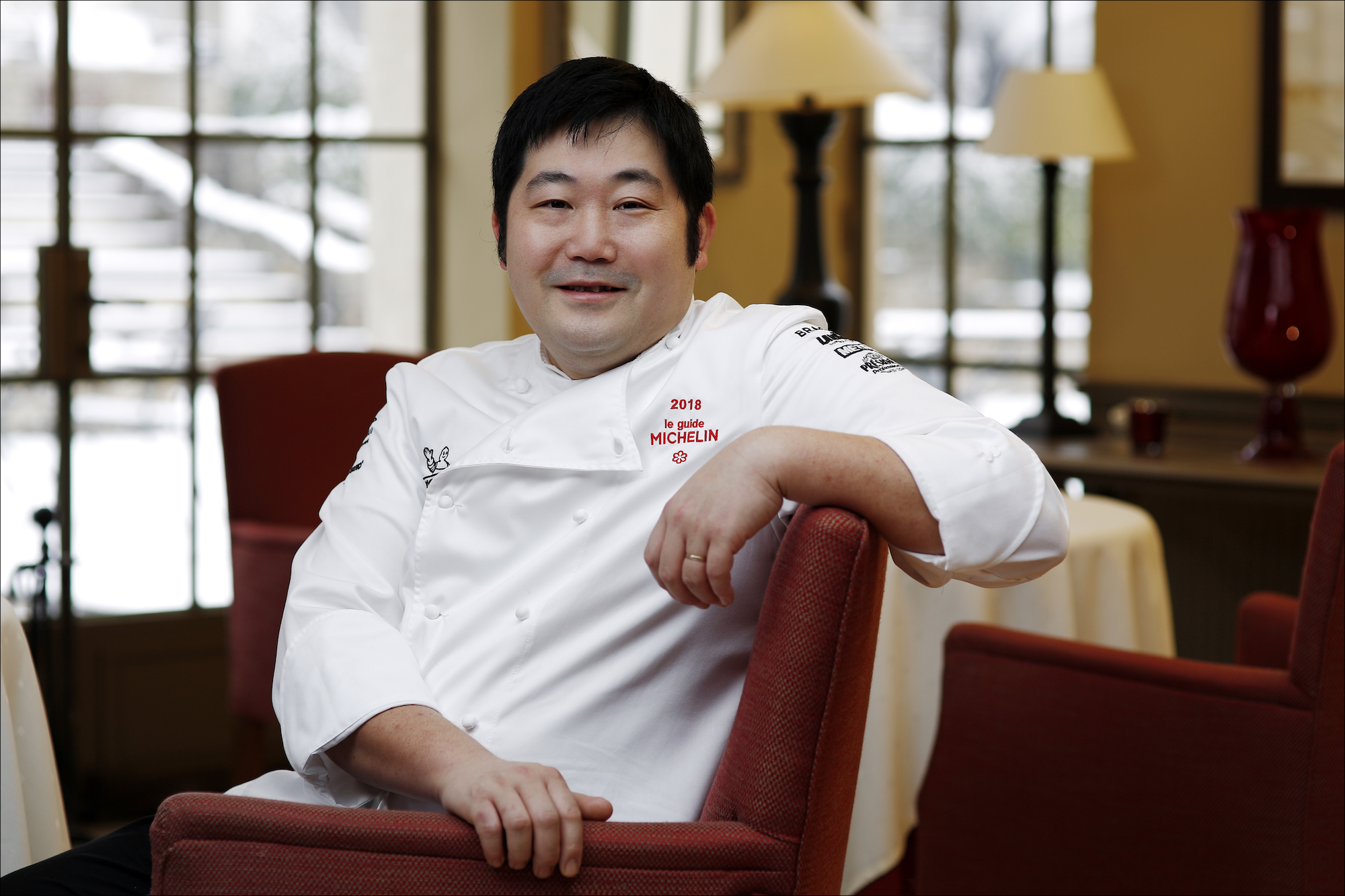 Chef Takashi Kinoshita was born in 1979 in Tatebayashi, Gunma Prefecture and grew up in Tokyo. In 2015 he took up a position as an executive chef in charge of dining, and he is a driving force in the development of Château de Courban. His passion for cooking and thirst for knowledge is complemented by an even-keeled managerial point of view, which is truly a rare combination for a chef. In just under 3 years of taking on his current role, Chef Kinoshita received a hard-earned star from Michelin Guide France 2018. And so, we talked with Chef Kinoshita to learn more about his career and what led to these accomplishments. 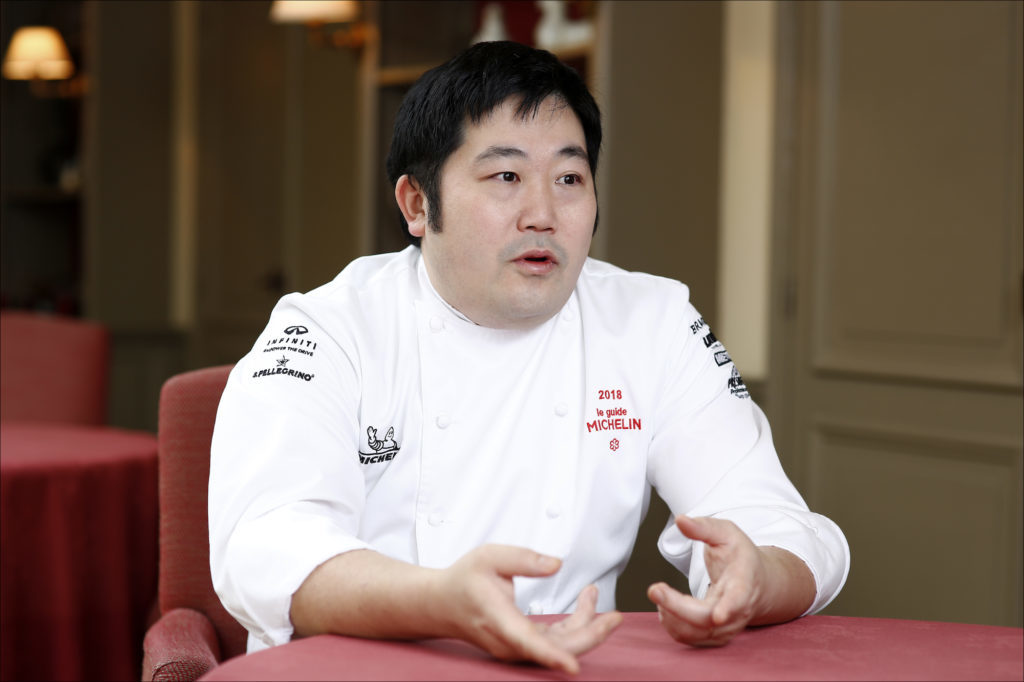 A chef who spent his childhood in Tokyo with two teachers for parents, and then a discovery at age 13 that sparked his interest in the culinary world.

I wanted to start by asking you about your childhood and what first attracted you to the idea of becoming a chef?

Mr. Kinoshita:
I was 13 when I first started thinking about becoming a chef. When I was that age the culture around eating fish here in Japan was very important in my mind, and so I thought that I should become a fishmonger. For 2 or 3 years I got up every morning at 5am and took lessons from the local fishmongers before I headed off to school. Sometime I even got up at 2 in the morning to go to Tsukiji Market in Tokyo, and from there I would go to school and leave when it was over to train with the fishmongers too. That experience gave me a chance to learn about good quality ingredients and the techniques you need to handle them.

I grew up with a math teacher for a mother and a language teacher for a father, and it was during my childhood that I started to pick up on the type of disposition that a chef needs. Initially both of my parents were opposed to the idea of me pursuing cooking. They had hopes that I would get into teaching instead. But, they decided to give me permission to study at culinary school with the condition that I had to graduate at the top of my class.

Culinary school was completely up to my own discretion, so I decided on Oda Gakuen, which had just brought in the latest equipment and facilities. In Japan during these days the late Paul Bocuse had a god-like status as a chef. So, naturally I got the idea that I’d like to take up French cuisine as my specialty.
I had to make sure that I met the terms laid out by my parents, and after studying as hard as I could I graduated at the top of my class in 1999.

Can you tell me about your time training in Japan and the preparations you made before leaving for France?

Mr. Kinoshita:
In terms of how my career was built, the most important thing that ever happened in my life as a chef was getting a chance to meet Chef Minoru Adachi from “Bistro de Bizen.” He was both a teacher to me and a benefactor who helped me kick off my career as well as put a reference in for me to train in France.
Before I left for France I did everything I could to balance between improving my culinary skills and getting better at speaking French. Chef Adachi also advised me to get out into the country away from Paris and study at a place that didn’t have a Japanese expat community for me to settle into. 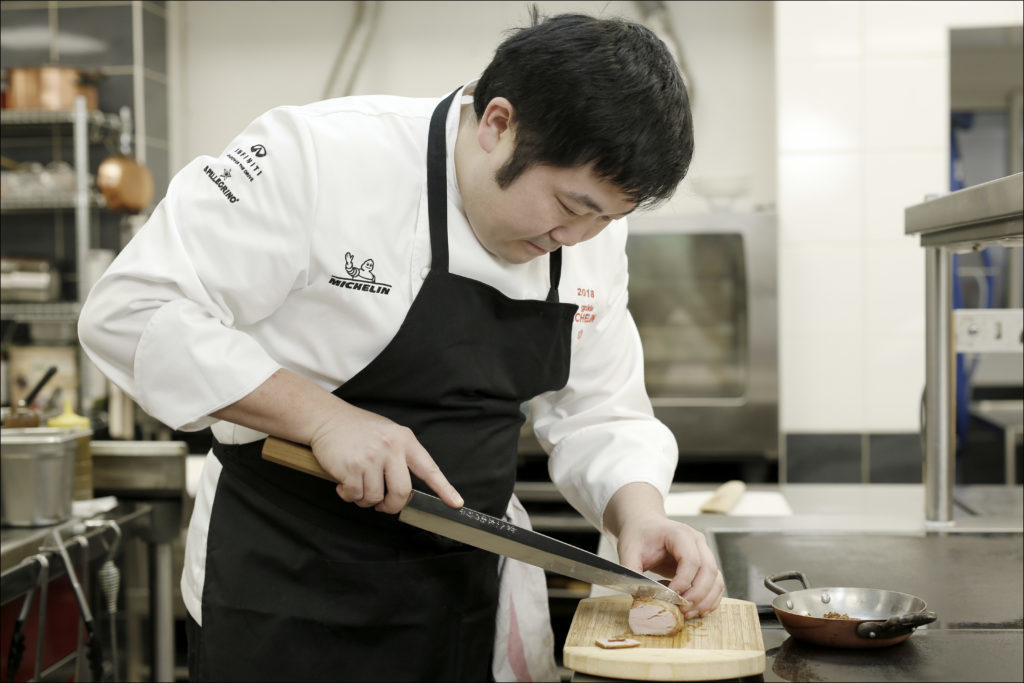 Life after moving to France, and the process behind earning a star

How did things go while you were training in France?

Mr. Kinoshita:
I left for France in 2002 and thanks to the reference from Chef Adachi I started training under Chef Billoux in Dijon. Originally my plan was to study and train for half a year, but in the end I stayed for a whole 8 years working at Le Pré aux Clercs. Through that I was able to pick up on the real heart of French gastronomy. Afterward I decided that it would be good for me to travel and embark on a journey to improve myself by learning new techniques in new environments.

I traveled to a lot of different countries. I especially liked Belgium, and Chef Billoux put in a reference for me so I could work at Château d’Hassonville. I spent 11 months there before I came back to France. After I got back to France I took a job at “Le Moulin à Huile” in Vaison-la-Romaine and worked under Chef Robert Bardot, who has since passed away. After that I worked for about 11 months at Casino Barrière in Lille. Chef Bardot was enthusiastic about my previous work, so he invited me to come and work with him.

I wanted to ask about your invitation to work as an executive chef at Château de Courban, as well as the proprietor there and their family history.

Mr. Kinoshita:
Pierre Vandendriessche, the father of the Vandendriessche siblings, was the owner there in 1998. He discovered Château de Courban, which had been destroyed during the French Revolution, and remodeled it to serve as a home for his retirement years. The area it was in connected France’s Champagne and Burgundy regions.

He had neighbors who hunted and he would host them for meals and let them stay there. He renovated the property and added new elements. One of which was a courtyard to host a wedding since his friend’s daughter was getting married. After that his two sons also got involved in the planning process of this adventure of sorts. And along with that the idea of Château de Courban being a retirement home for himself faded away and the home was expanded even further. These days there are only 169 people living in the town of Courban and about 30 of them are working in some capacity at Château de Courban. 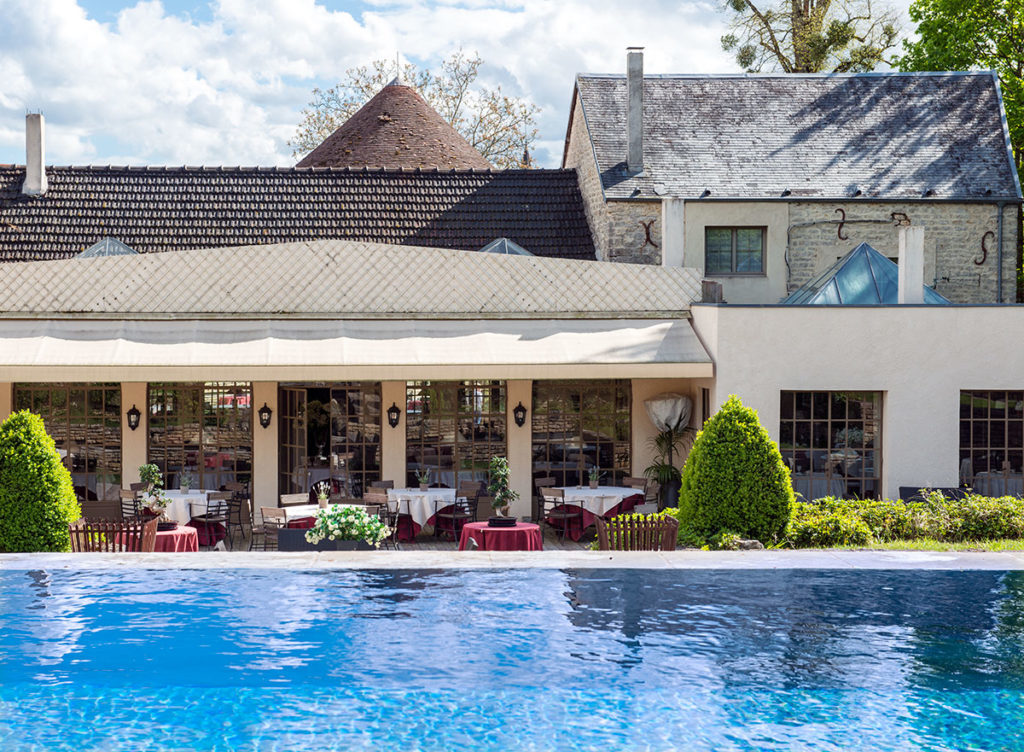 In 2015 you took the reins as executive chef at Château de Courban. Did that title put a lot of pressure on you?

Mr. Kinoshita:
The current owners at Château de Courban are the Vandendriessche siblings. They were looking for a chef to help elevate their main dining section and luckily they knew of me and invited me to come on as an executive chef.

When I first showed up to Courban it was already the type of place that I liked. I was certainly shocked by how remote it was, but I had a real drive to make it a place that could attract lots of customers. So, in a sense the things that I loved about the Burgundy region inspired me even more than Dijon had.
From there I took on the same managerial perspective as the owners. Some of my friends who owned the restaurant they cooked at would tell me that it’s much easier to be an employed chef that just works at the restaurant instead of being an owner on top of it. They would be partly joking, but you have to wonder what the real story is. For working chefs it’s imperative to achieve certain goals. To put it another way, if your work doesn’t amount to anything productive than you have to give up on it. So with that in mind, I would say that being a chef and an owner carries its own separate set of pressures and concerns.
For instance, my place of work is a hotel mainly, so if our 25 rooms are completely booked with customers, then we have to serve for 50 seats at the restaurant no matter how short-staffed we are. This brings a certain level of difficulty to the work that never really ends.

In the spring of 2015 when I had just arrived at Courban I had a frank conversation with the owners and said that there was no way they were going to get a Michelin star in their present form. Without any sense of holding back I said that my initial focus as the executive chef will be on improving the food. It was imperative that everything was built from the ground up. The owners were very open-minded and listened to what I had to say.
For two years I worked on improving one thing after another. A critic from Michelin came by in 2015, but then no one else came by in 2016, which made us feel a bit impatient. Afterward we were astonished to find out that they only come to this region 18 months at a time. 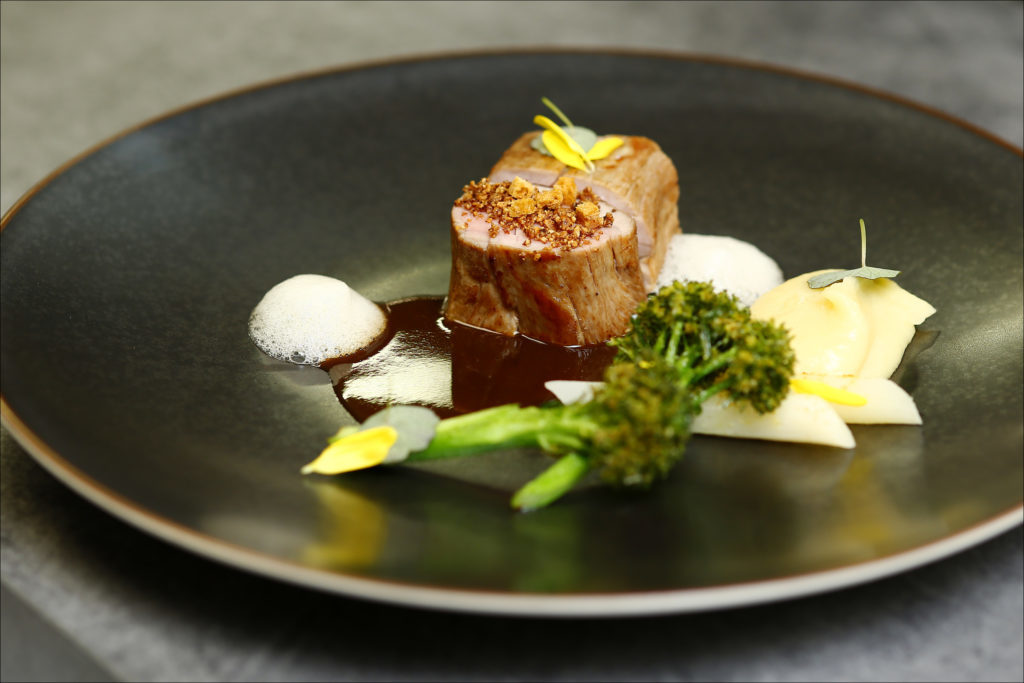 Only once every 18 months! How did you manage to get a star with that type of disadvantage?And, did see notice any changes after you were awarded the star?

Mr. Kinoshita:
Even with that particular situation I didn’t let it discourage me, and I made it a clear and definite goal to get a Michelin star. I collaborated with owners and we formed a good partnership together. We worked hard together with nothing less than total teamwork. We started seeing results little by little, including making the 2017 “Young Talent” selection in Gault et Millau. I think all of those things put together was what got us the star this year.
By working hard together as a team we elevated not just the status of the restaurant but the hotel itself. We planned everything to make sure that the whole business was elevated through this process.
It was a big deal apparently since this was the first time a restaurant was awarded a star in the Châtillon area of Côte-d’Or. It looks like we are already seeing more customers coming in. Customers have been asking for carte blanche (chef’s choice course meal) too, which is very heartening. 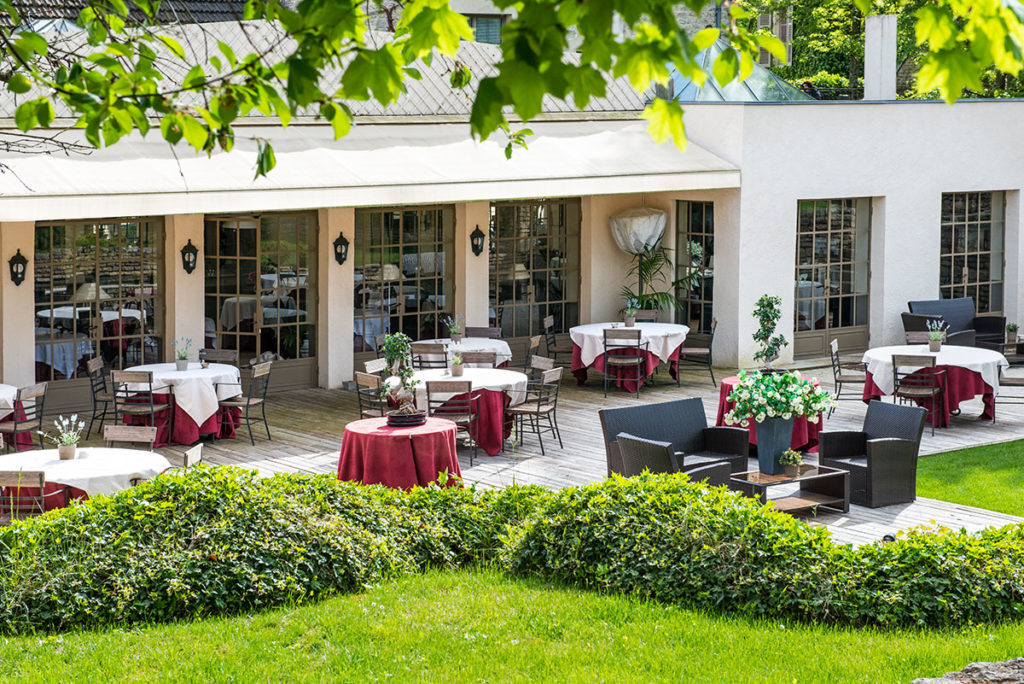 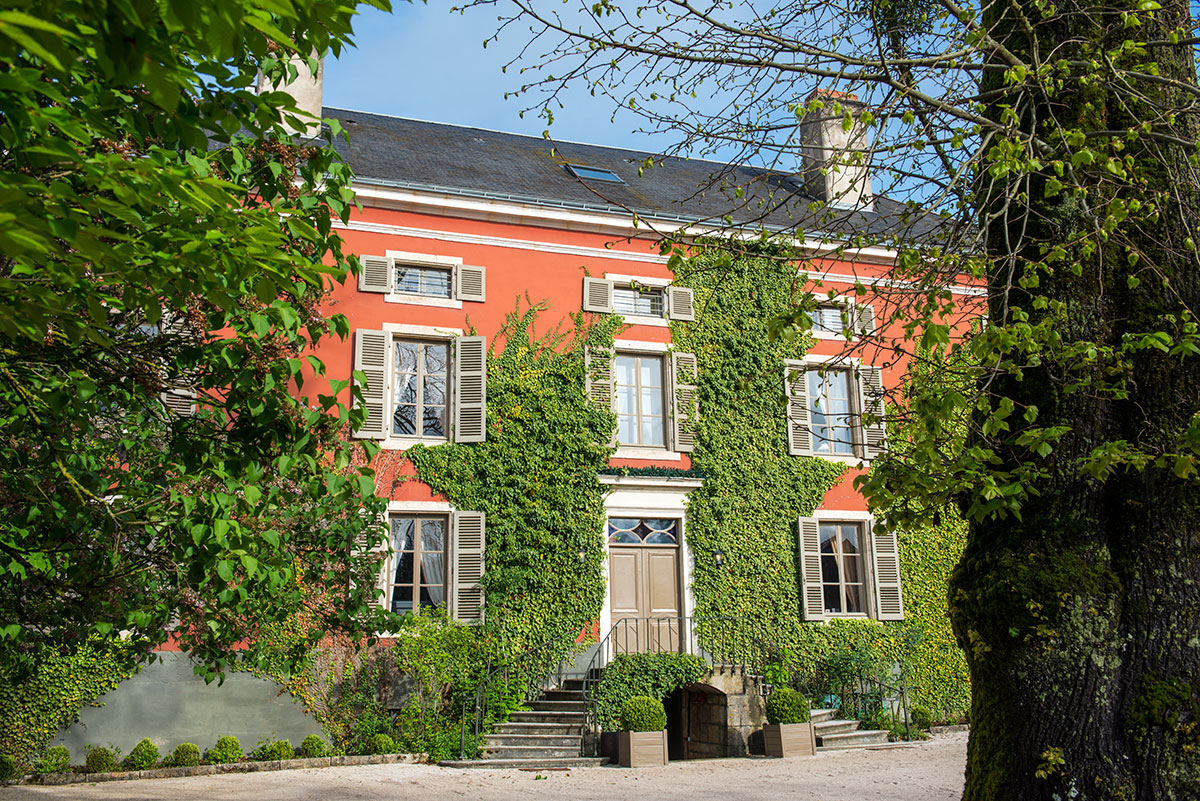