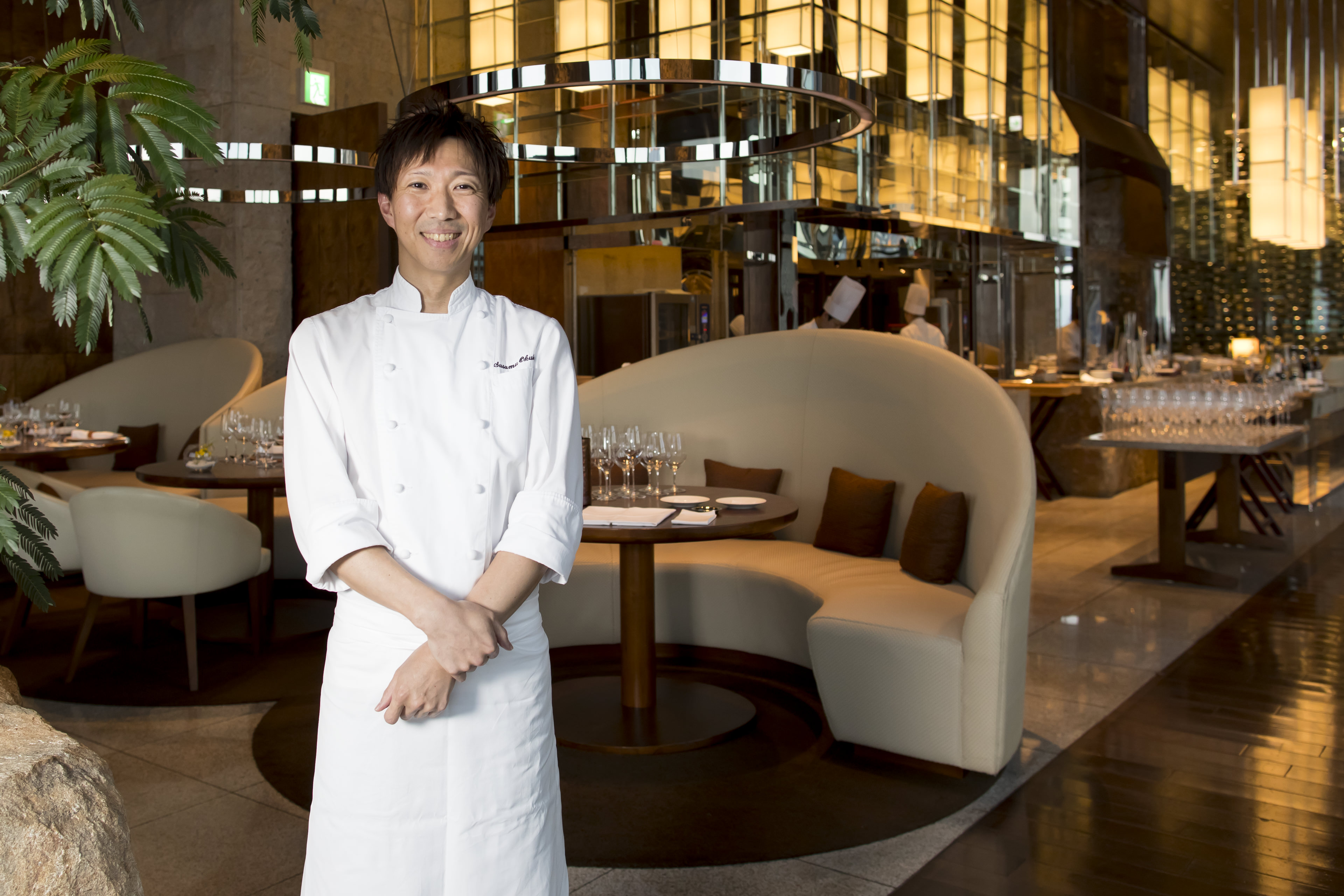 Restaurant, which represents Intercontinental Hotel Osaka called,"Pierre". Contemporary French finished with Japanese ingredients which has elements of 4 seasons and unique sensibility entertains many people who visit from home and abroad.
The driving force of obtaining one star from Michelin Guide is Mr, Susumu Okubo, who is the chief chef. We took a chance to hear from him about his student period, which he studied abroad by admiring to France, his days on training with Alain Ducasse, who is a virtuoso
of French cuisine, and Pierre Gagnaire, who is a genius called, “Picasso of the kitchen”, what he had learned in France and what he felt from 2 great chefs, and his path to become a chef, who represents Japanese hotel French with his life-size point of view. 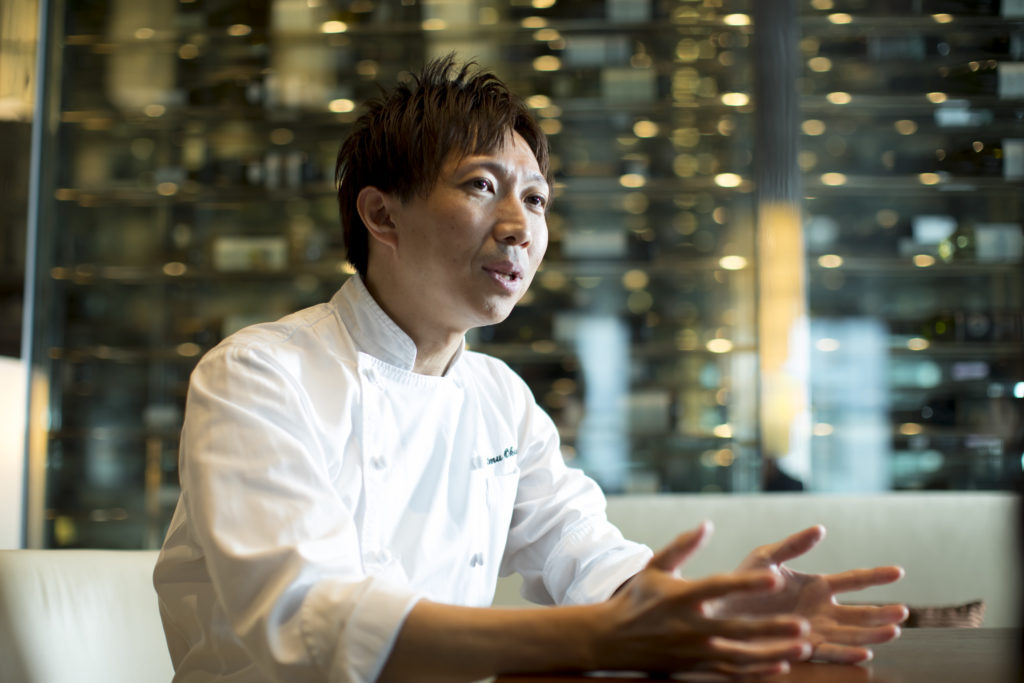 Studying in longing France. Student period, learning at the old castle of Lyon.

First, could you tell me the chance you were interested in the field of French cuisine?

Mr. Okubo:
At first, I was interested very much in France instead of food. It is a rough image, but I liked the countryside of France as the weather and views are similar in some ways with my hometown, Hokkaido. It was when I was studying for entrance examinations of university that I started to have interests in cooking. I wanted to move to university when I was a high school student. It was a high-level school and my parents thought that I would move on to university. In order to enter one I wanted, I studied for 1 extra year and took and examinations, but it did not go well, so I thought I did not have to move to university anymore.

At the same time, they had a new system in Tsuji Culinary College of studying in France on the second year after studying in Osaka for a year. It cost a lot but my parents understood and paid for the tuition fee and I was able to enter.

I appreciate my parents for respecting my will even though they wanted me to go to university. The reason that I exist like this is because of my parents who accepted my decision in youth. Through such circumstances, it was when I was 19 when I came from Hokkaido alone to Osaka.

Please tell us the situation of your school days, including studying abroad in France.

Mr. Okubo:
I was studying cuisine without anything when I was a freshman, but every day at the destination I went to on my second year as a second grader was really hard.

Among the many students, students who wish to study abroad in France had decided to study abroad by their own will, so they considered that there was certain determinations. So unlike easy lessons we had, the teacher turned to serious and severe guidance. Teachers of French chefs also came to the class and more practical lessons were held.

First, they divided the students into three groups. Then, we rotated the three roles of guest role, service staff role, and kitchen staff role on a daily basis. It was content that we could simulate one restaurant management simulantly.

When I was studying in France, there was an old castle near Lyon that Tsuji Culinary College bought, and that old castle was in place of a school building. Because we slept there , too, so it was not like enjoying studying abroad in France but we were packed there for the whole time.

I feel that buying an old castle was real seriousness of Tsuji Culinary College. Please let us know your episode of studying in France.

Mr. Okubo:
It was truly like practicing everyday. It is life like preparing at 6:00 in the morning and staying late at night preparing for the next day.  Also there was a French class, and about a month passed, everyone was completely exhausted. There were students who get scolded for oversleeping in the morning. I was scolded by teachers quite often.

That is the curriculum for the first six months. For the latter six months, I was supposed to go to work at a restaurant and practice cooking at a real shop. Every student went to a different restaurant or patisserie, but I was assigned to a restaurant near Nice. Living there was also tough, and I stayed in a seven-person room with three bunk beds and one single bed in a room of about 8 tatami mats.

Moreover, it was summer season. Since France has a long vacation in the summer, the restaurant was also crowded every day. I was busy everyday as I thought that maybe I worked the most in my life.

The students who worked at a restaurant near the school seemed to have gathered and had a good time when they were on a holiday, but I was tight compared to the half a year I spent in the dormitory because such a group was not nearby. Since I could not have a time to be alone even when I was at work or in my room, I did not have any privacy at all.

Did not you regret the course then?

Mr. Okubo:
But I never thought about quitting. According to what I heard, the world of Japanese cuisine seemed to be more severe, so I think that was a common era at that time.

Anyway, I spent my school days like that and left France. 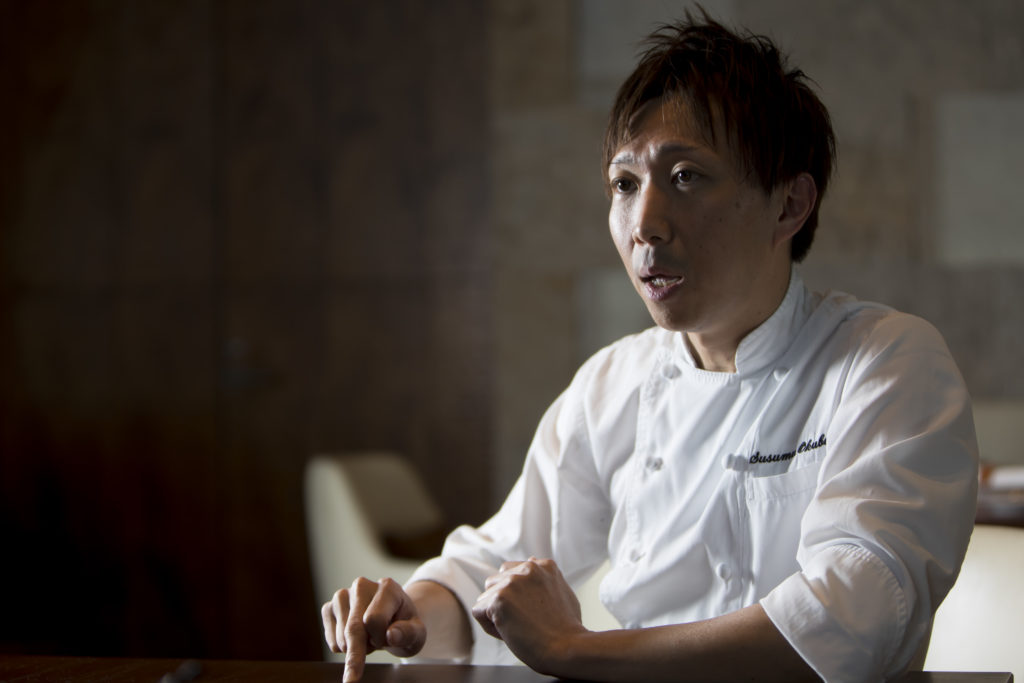 Could you tell us about your career after returning home?

Mr. Okubo:
When I graduated, in France, food that Alain Ducasse (※1) arranged French dishes to Asian taste was very popular. When I heard that Alain Ducasse opened a store in Japan, I was lucklily able to work as an opening member of “Spoon”. Since I thought that would be better to train with French chef if I would practice in Japan, so my hope came true.

The staff gathered at the store were members so to speak. They had wonderful backgrounds and skills, so I learned a lot. In the store of Ducasse, it was a style to do preparation and service of the restaurant at a different place. They are usually done in one place, but we had about the same number of staff as the service staff and would do just the preparation at the setting place. It was like running one restaurant with numbers of staff for 2. What I have learned firmly in such a luxurious and blessed environment has greatly helped my current work.

In the experience of those days, what did you learn in particular?

Mr. Okubo:
I have worked with many chefs with full of experience but I think the existence of Mr. Kojima  (※2) was special among them. As a position to serve between French chef and Japanese staff, there was a period that he came to Japan only for three months from a Ducasse’s store in France. He was the one who was second chef in Ducasse’s restaurant.

Even after and before, I felt a sense of imminence in him so much that I never met a person who was stoic towards cooking as much as Mr. Kojima. I was truly a student monk or a person who feels awesome as an investigator, touched his severity which does not allow any compromise, and received a truly great stimulus. That impression is still intensely remembered in my memory even now.

※2 : Kei Kojima
Chief chef of Beige Alain Ducasse Tokyo. He went to France at the age of 24 and played an active part in the restaurant belonging to Alain Ducasse. He has served as sous chef of Monaco’s three star restaurant “Louis Cans”.

After working for about three and a half years, I got a presentation at Patisserie and experienced the work of pastessier. It was a different field from French cuisine but it was a valuable period I had accumulated valuable experience. The workmanship of cakes made by craftsmanship-oriented pastry were not comparable with anything else. Cakes that were beautifully finished like elaborate crafts were even artistic. I also experienced a different craftsman’s world.

After a while, Ducasse’s shop was opened in Japan again. It was “Beige Alain Ducasse Tokyo”. I was given an opportunity to practice again at a Ducasse store after being evaluated for my previous career working at “spoon”. Unlike “spoon” which was Asian taste, this time it was a restaurant offering orthodox Ducasse’s original dishes. Before opening, it became a big topic even within the industry, so there were only really amazing people when I joined the company. I think that I was able to restart in the environment with luxurious members. 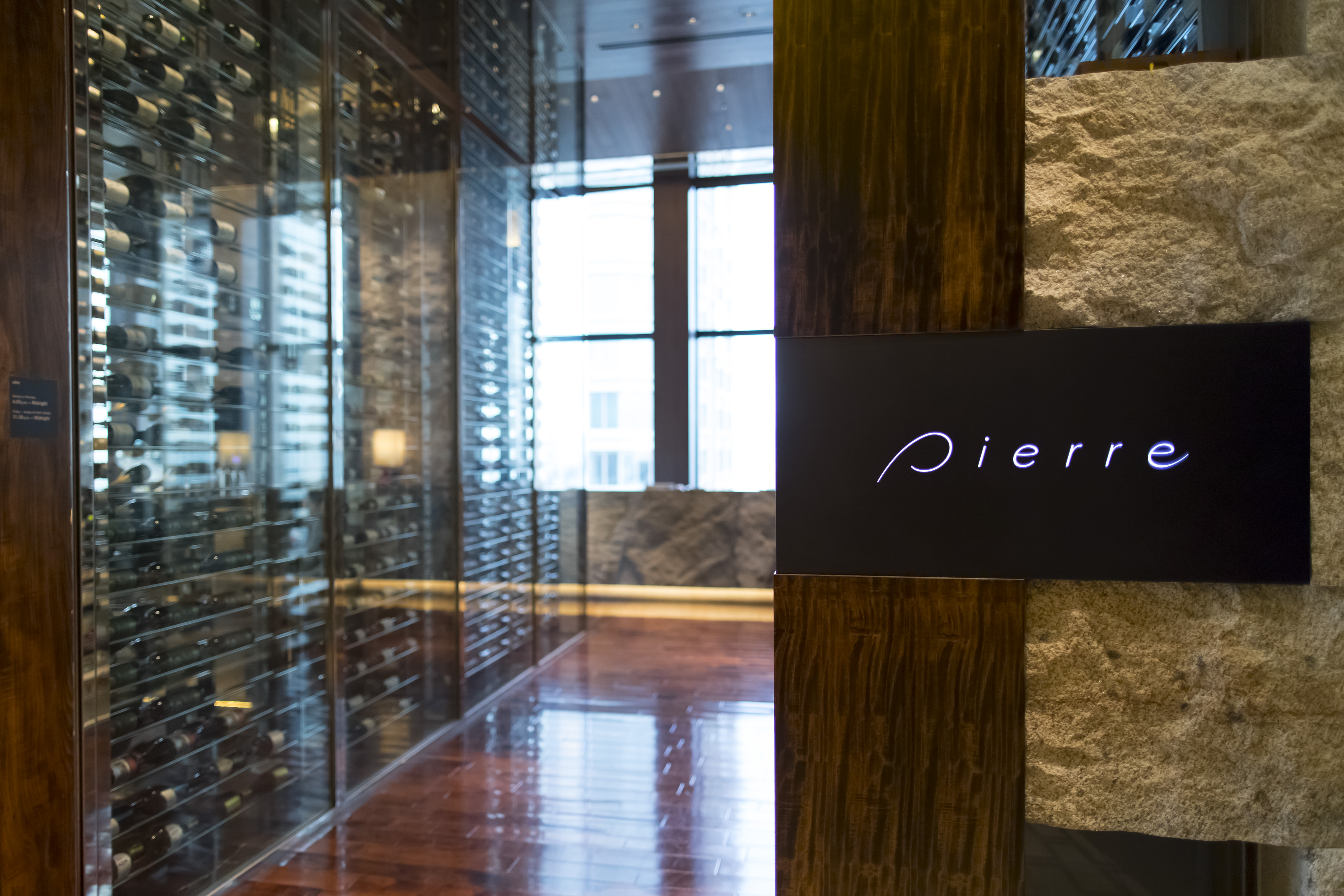