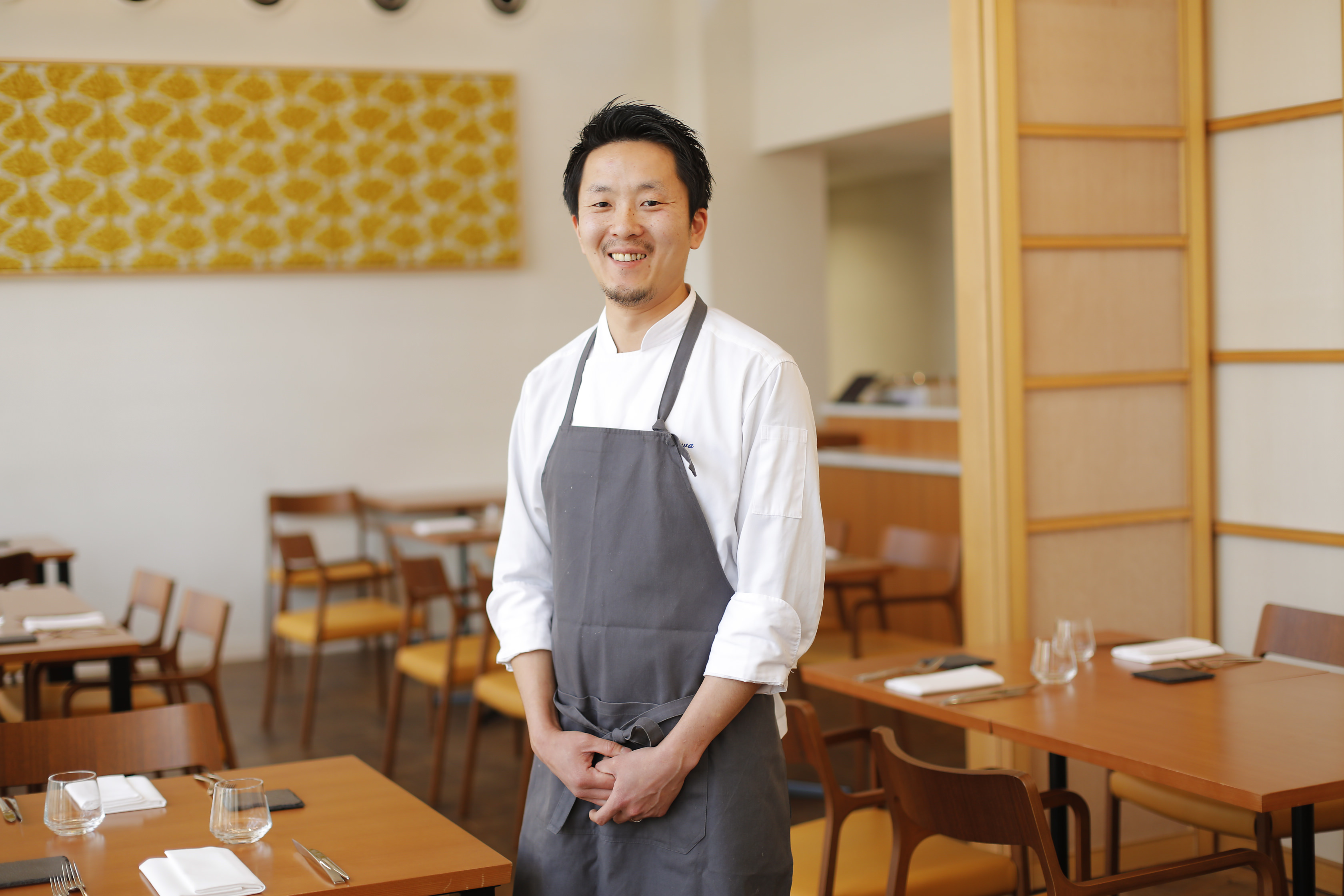 “Ciel et Sol” is a restaurant located in the Shiroganedai neighborhood of Tokyo where people can enjoy Nara ingredients used to create sophisticated French cuisine. It is located on the second floor of a facility called “Tokinomori,” which shares the food culture of Nara, and earned one star from the Michelin Guide just one year after opening. Mr. So Otowa works as the chef.
He is the second son of Mr. Kazunori Otowa, who has practiced “local production for local consumption” since the 1980s in Utsunomiya (in Tochigi Prefecture) and showed his original presence in the field of French culinary arts.
I took the opportunity to ask why Mr. Otowa, who never intended to be a chef or even thought much about a future career during his schooling, jumped into the culinary field, and to learn more about the path that led to his work at this restaurant that spreads the appeal of Nara. 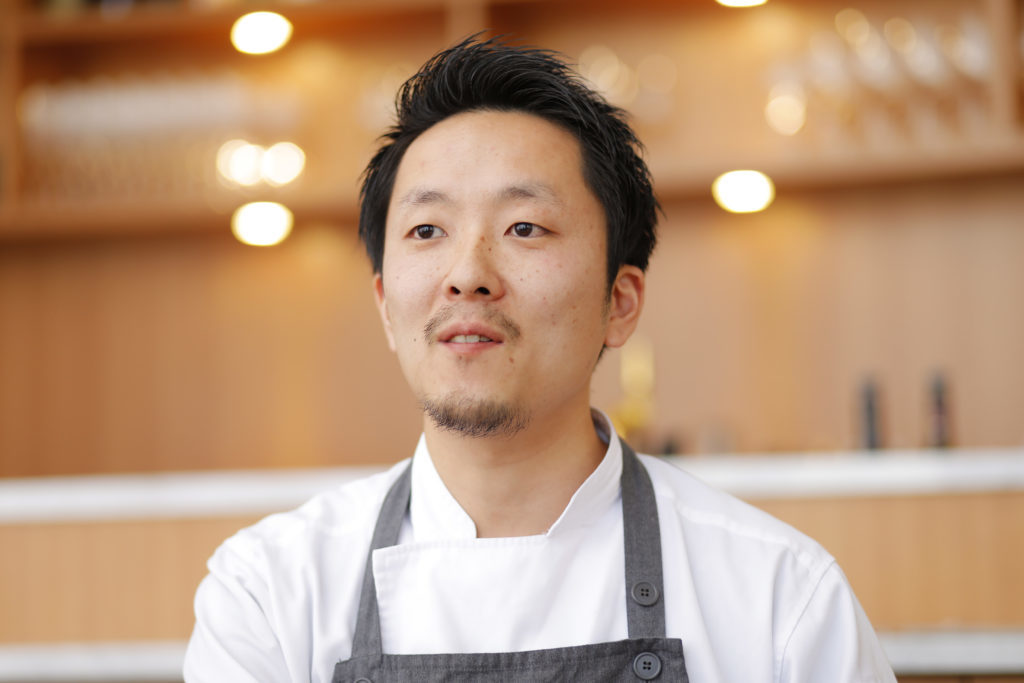 He was born three years after his father, Kazunori Otowa, opened an auberge in Utsunomiya, Tochigi. Kazunori Otowa was the first Japanese trainee of Alain Chapel and served high-quality, regionally oriented French cuisine; but to Mr. Otowa, he is “dad.”

He was proud of his father, who talks about his job with joy, but was never conscious about his social achievements until he grew up. He never intended to enter the culinary field.

Did you have a chance to help at his restaurant or learn cooking from him when you were a child?

Mr. Otowa:
No. My elder brother wanted to take over the restaurant from an early age, but I was not thinking about that at all. I was busy with track & field in junior high school and high school, and as for my future, I only had a rough idea, like wanting a stable job after graduating from university.

The turning point was when I was in my last year of high school. My father happened to attend a culinary event in Parma, Italy, and for whatever reason only I joined him.
There were chefs from France and Italy, and they all came with their right-hand men, but my father only had me.

I was provided with a cook’s coat, and – just as my father has warned – I was helping him as cold sweat covered my body. And when the host introduced me as “the son of Mr. Otowa,” everyone welcomed me with a standing ovation. Hearing the loud applause, I thought it was great that all of this was for my father. I began to think I wanted to succeed what my father had built, and deepen it myself.

After graduating high school you trained at Cheznous in Shiogama, Miyagi for four and a half years.

Mr. Otowa:
My father said, “You can grow faster when you experience the real field as soon as possible, working with skilled chefs.” So I did not go to college. In my case it was already decided that I would run a restaurant with my family, so I wanted to train hard in a tough environment.

I entered Cheznous as my father recommended. Chef Yoshihisa Akama was generous and straightforward, and I think my father thought of him as a father figure who would look after me. Actually, Chef Akama treated me, even at age 18, like his son; as a result my desire to work hard for him became a major motivation in my training.
My living environment changed drastically compared to my school life, so there were many things that were tough, but it was fun to learn about this job little by little.

After that you went to Le Mange-Tout. During your training, the restaurant received two Michelin stars for the first time.

Mr. Otowa:
When I moved to Le Mange-Tout, I could not reach the skill level that Mr. Noboru Tani demanded and for a while I suffered. My goal was very clear to me and there was no option to quit, but honestly, I might have given up if I had a different family name.
In the end I had a strong will to live up to my father’s name, and wanted desperately to boost my family business. 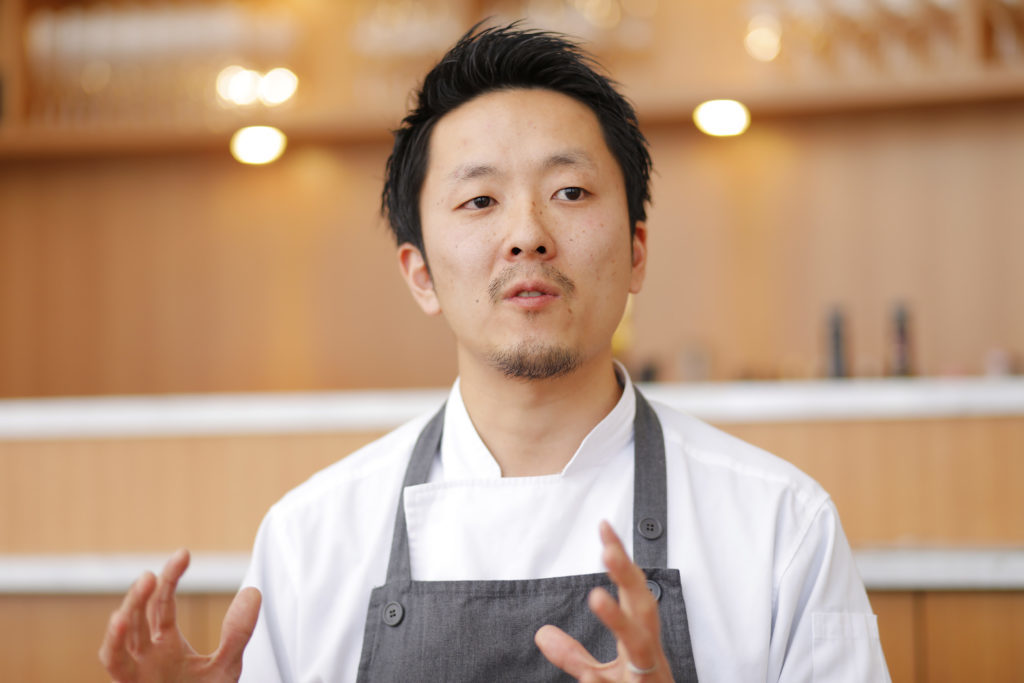 Training in Annecy, France; answering the question “What is a restaurant?” with all senses.

After working at Le Mange-Tout for two years and three months, Mr. Tani told So that he had the skills to get by in France, so he moved there in 2008 at age 25.
He chose a different path from his father and brother, who trained in France at an earlier age.

Since when had you been thinking about going to France?

Mr. Otowa:
As I entered this field I thought about it from time to time, and I had decided to go after training in Japan for a certain period. My plan was set from the beginning and I knew I would run a restaurant in Tochigi eventually, so the length of my stay in France would be limited.
In order to maximize what I could learn in France, I thought it would be better to gain some skills in Japan.

Did you study French before going there?

Mr. Otowa:
As I had seen my father and French chefs communicating, I knew that the language was important. But it was difficult to concentrate on studying while training in Japan, so learning the language was one of my objectives when going abroad. I entered a language school in Annecy at first.

As I was wondering if there was a restaurant that would let me work while going to school, I found a one-star establishment called Belvédère and inquired there, and they accepted me even though my French was not good at all. It seems like my experience working at Le Mange-Tout was valued.

What could you learn because you went to France?

Mr. Otowa:
It was a big deal that I could see the difference between Japan and France, culture-wise.
In Japan, bistros, restaurants, and grand maison are often considered one in the same, but in France, since it is a class society, in places called restaurants and above, the outfits and manners of the patrons are different. Annecy in particular is a vacation spot with a beautiful lake, and there were many rich customers at Belvédere. I learned what food and services were expected at a high-end restaurant.

And what I was made to think about during my training was the elements of management needed to maintain a restaurant. Belvédère was essentially a diner in the beginning, but the second generation transformed it into a restaurant and succeeded by targeting a more affluent class of customer.
Sales per customer were high and in spring, summer, and autumn we had two cycles each for both lunch and dinner. It was busy during dining hours, but the operations were streamlined so we were able to manage the restaurant effectively with few employees. Working hours were also not that long compared to most Japanese restaurants. And on top of that, in winter when there were fewer vacationers we closed for the season.

There were many elements at Belvédère that made me realize why it had lasting power: the location, quality of customers, costs, and the working environment.
There was no grueling work so the managers and staff had some leeway, and this leeway affects the atmosphere of the restaurant.

During my training in Tokyo I was feeling sorry for many independent restaurants that did not last long due to overstraining themselves in management – even though the concept and the food was great. So I realized the importance of sustainable management all over again.
This point of view stays with me now.

I had already decided to take over my family business, so I had a habit of looking for things that I might be able to apply to my own management.
For those who want to open their own restaurant someday, it’s good to not only hone your culinary skills, but also pay attention to how management is done. 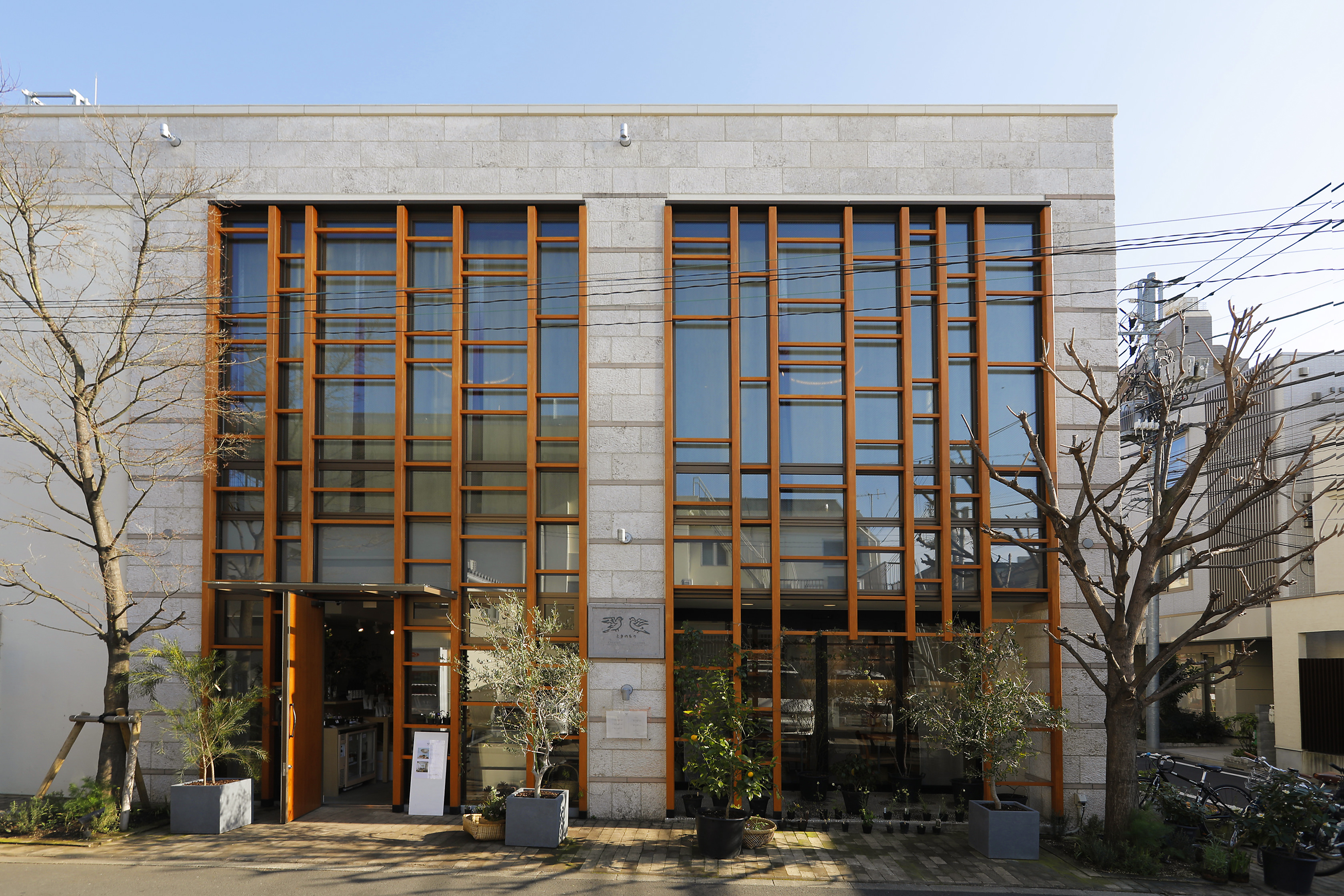