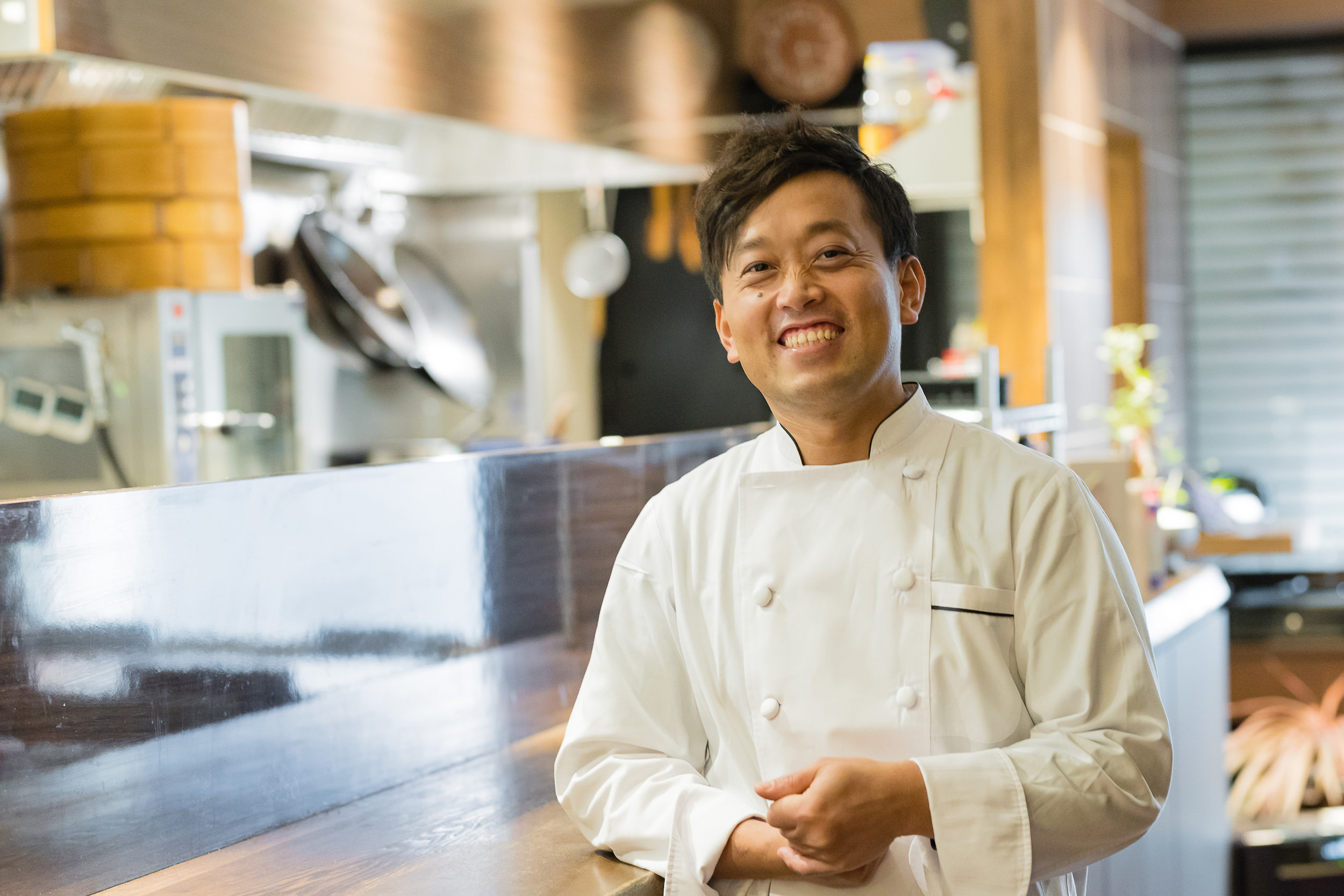 Only a year after the opening of the restaurant, Mr. Sawada had already earned a Michelin star. His restaurant, Chugokusai S. Sawada, has become a very popular restaurant which is currently fully booked up to three months in advance.  The owner and chef, Mr. Sawada learned his skills in Hong Kong, and is one of few Japanese chefs who have studied authentic Chinese cuisine. All the dishes Mr. Sawada introduces are gathering attention as a Chinese cuisine that is yet to be known in Japan, including the most popular item on the menu, Mr. Sawada’s crispy chicken. 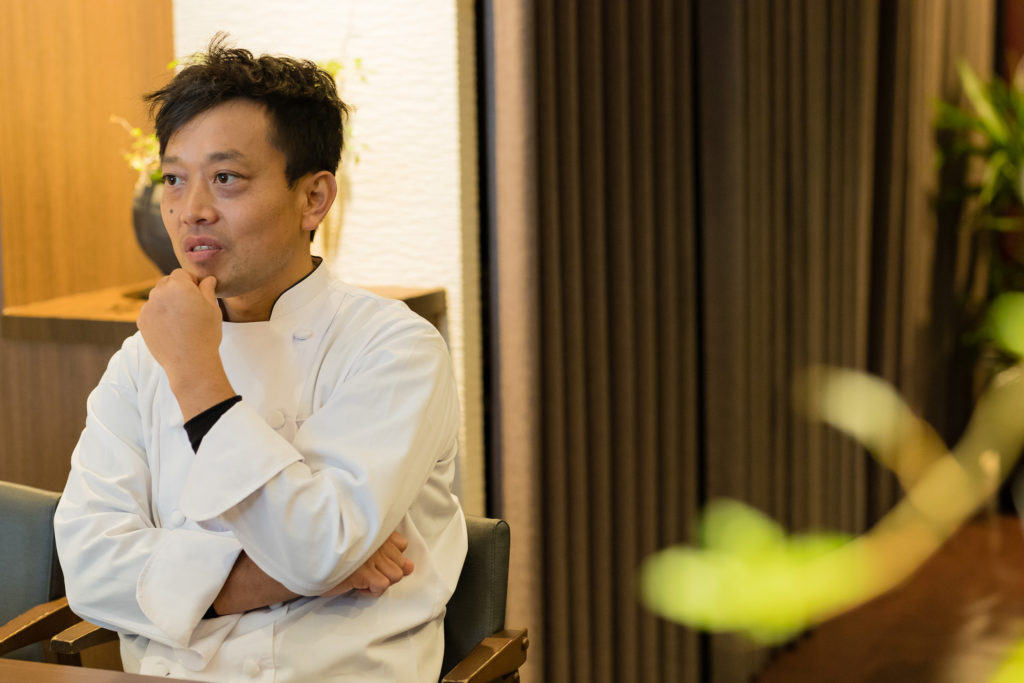 Firstly, may I ask how you became interested in the food industry?

Mr. Sawada :
I didn’t really have interests in cooking originally. I played baseball when I was a student. I went to an industrial high school.  We had career counseling there and I got an official job offer from an average company. So, I decided to work there. Although I went to an industrial college, I wasn’t really interested in technical work. Therefore, I wasn’t really interested in working at that company… So, I changed my mind and decided not to work there, right before I was supposed to start. I decided to save my money and started working a part time job in the afternoons and evenings.  I wasn’t sure what I wanted to do…. I liked fashion and so, I was interested in beauty and fashion. I thought a bit about becoming a hair stylist because it was a popular thing at that time. I worked part-time at a Chinese restaurant in the afternoon. I cooked staff meals with my older co-workers but my cooking was the best. Haha.  I started to enjoy cooking and thought that becoming a chef could be a good option for me. That experience made me decide to pursue my career as a chef. Then, I started thinking about studying Chinese cuisine. I went to a culinary college with the money I had earned.  Probably, it’s still the same now but nobody went to a culinary college to learn Chinese cuisine then. It’s because I was working at that Chinese restaurant that I decided to pursue my career path in the food industry, but if I had started in a different kind of restaurant, things could have been completely different.

You mentioned that you weren’t interested in technical work when you were a high school student. How was culinary college?

Mr. Sawada :
Cooking was a lot of fun. I found it very fun cooking delicious things. However, confectioneriy was not fun. I guess making confectioneries is not my type of thing.
In the same way, I think Chinese cuisine was a good fit for me. You need to be careful with details in confectioneries and it was so hard to keep mixing for a long time.  Haha.  With Chinese cuisine, I could become very dynamic with my cooking. The preparation procedure is sensitive, but I could still find fun cooking dynamically.

So, you started your apprenticeship from there?

Mr. Sawada :
The culinary college only lasted for one year so, I started job hunting soon. Hotel New Hankyu Osaka was going to open in Sanda at that time so, I applied to be an opening staff member and was hired.
As an opening member, I had a few struggles but also was able to experience many new things.
I had four co-workers in the kitchen and three more senior co-workers who had various experience so, we were a team of seven in total. The hotel was open 365 days a year. Usually hot pot dishes are only prepared by top chefs in Chinese cuisine, but I was lucky enough to be trusted with the responsibility much sooner than I expected.
I enjoyed being able to improve my skills on a daily basis. I became able to do what I couldn’t just a day before. It’s a simple thing but I was happy. However, I started thinking about whether what I was cooking was really authentic Chinese cuisine or not. I started doubting myself. Two and a half years had passed since I started working at the hotel when I decided I wanted to step into the field of authentic Chinese cuisine and started to work at a restaurant whose owner was from Hong Kong and, of course, knew authentic Chinese cuisine. 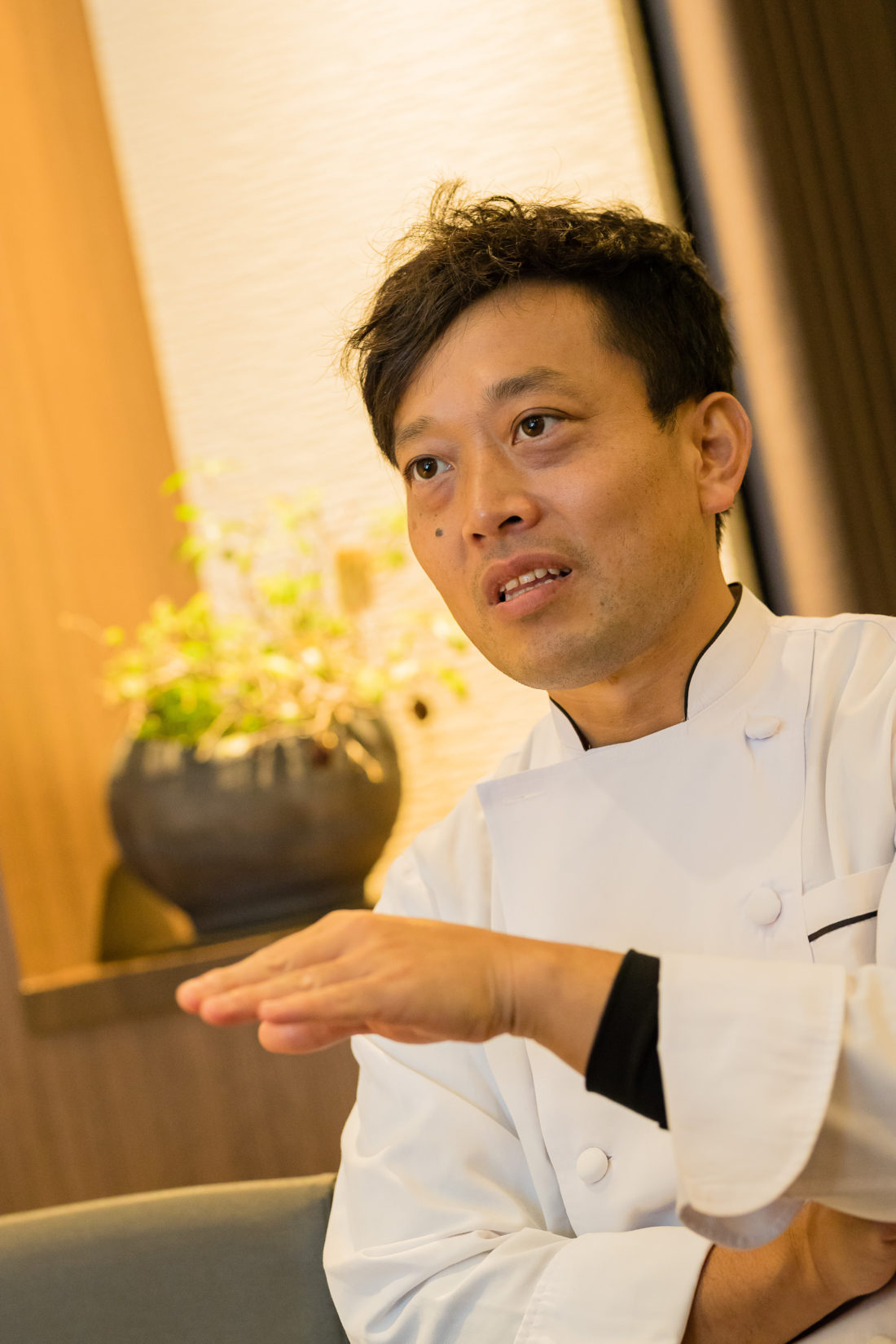 What did you learn at that restaurant with the owner from Hong Kong?

Mr. Sawada :
This time, we were a team of only three people: the owner, my older co-worker, and myself. I remember I was responsible for cooking the Chinese dumplings. I always tried to add a little of my own style in the cooking.
I worked at that restaurant for three years. The biggest thing I learned and the biggest opportunity for change in my life came from being able to go to Hong Kong and eat authentic Chinese cuisine about twice a year with the owners as they often went back to Hong Kong. I was really surprised when I ate it and found out how different it was from Japanese Chinese cuisine. Everything from the ingredients to the menu was different. I thought, ‘What have I been cooking…?’
The owner was from Hong Kong but as he was working in Japan, his cooking had become more similar to Japanese Chinese cuisine. It’s not that it was bad, but it was different from what I ate in Hong Kong. It was something completely different from what I had known until then.
Then I realized that chefs, who cook French cuisine, go to France to learn. Those who cook Italian cuisine, go to Italy. So, why is Chinese cuisine different?
Of course, Chinese cuisine is not more inferior to French or Japanese, but it seems Chinese cuisine is often looked down upon because of reasons like this.
I wanted to cook my own Chinese dishes after getting a good understanding of authentic Chinese cuisine. I started thinking about doing an apprenticeship in Hong Kong. And then, I went to a language school to study for two years.
I told the restaurant owner about wanting to do an apprenticeship in Hong Kong and he introduced me to a place. However, it took about a year to find a restaurant to work at.
It was probably a very rare case, at that time, for a Chinese restaurant to hire a Japanese chef to cook Chinese cuisine.

Then, you started your apprenticeship in Hong Kong?

Mr. Sawada :
I was introduced to work at “Fook Lam Moon Group” and moved to Hong Kong. However, I was not able to get a visa to work as a Chinese cuisine chef. I probably would have been able to get a visa if I had applied as a Japanese chef, though.
So, I got a tourist visa and worked as hard as possible and left Hong Kong and came back every three months to get a new visa.
I had experience in work at a hotel and Japanese Chinese restaurants but these skills were nothing in Hong Kong. The skills they wanted from me were far more than I had.
I was 26 years old at that time, but I was working much harder than other young chefs. I was able to clean and cook fish faster than others.
It was still not common at that time for people to want to become a chef of Chinese cuisine and learn in a local place. There were no other Japanese chefs like me in town. It was so rare that my co-workers thought, ‘This is just a strange hobby of rich Japanese.’
I was working there, but I didn’t get paid for my work so I was struggling through everyday using my savings. I paid for my apprenticeship.
I was determined to do everything I could. Every day I thought about improving my skills and being able to bring even just a little bit of authentic Hong Kong cuisine back to Japan.
Because of all the effort I put in, I was able to learn authentic Chinese ways of cooking at Fook Lam Moon Group. I was able to learn how to catch fish from the preserve, how to kill them on the spot, dress meat with bone, many ways of cooking, ingredients to use, the various mindsets of the Chinese cuisine. 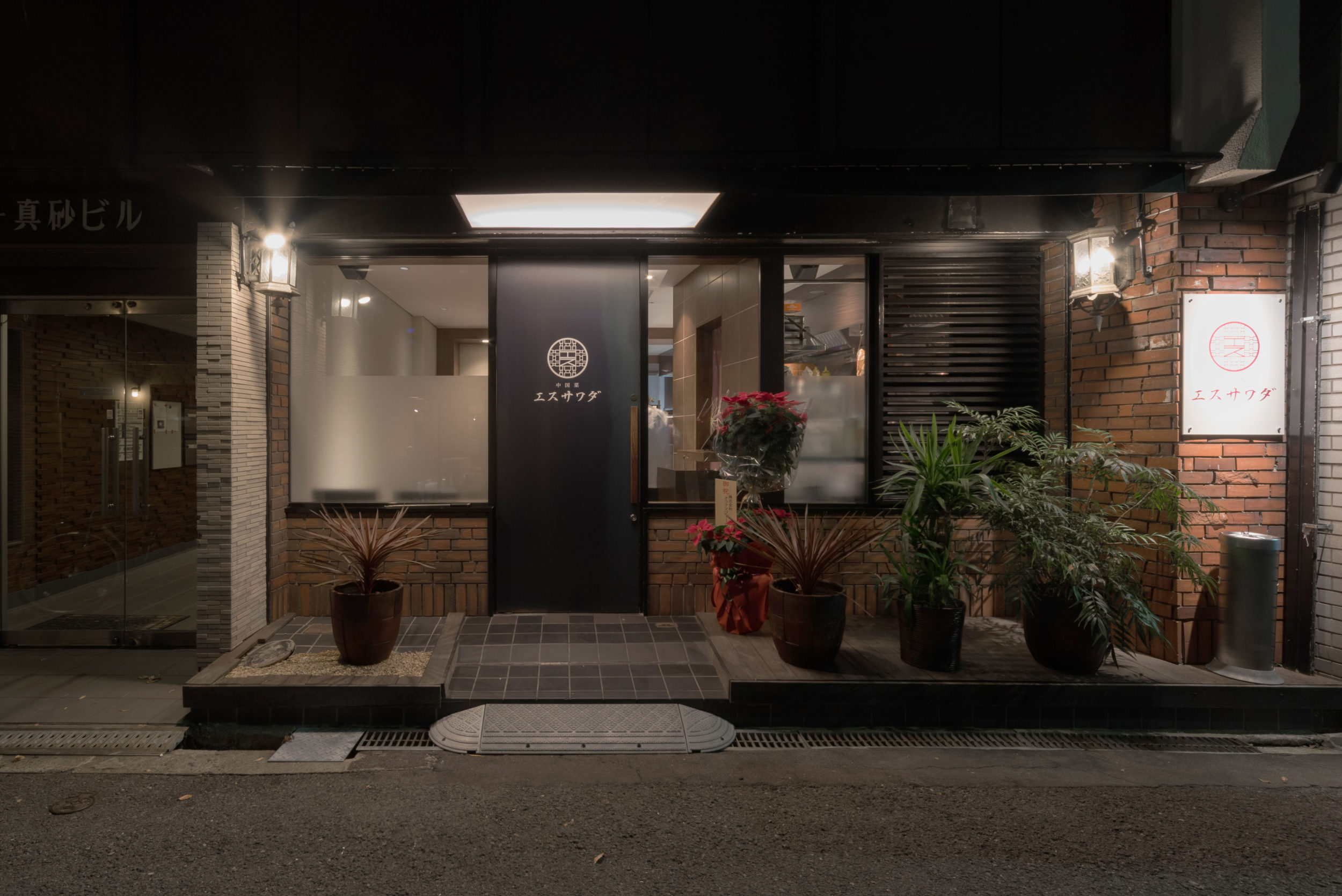