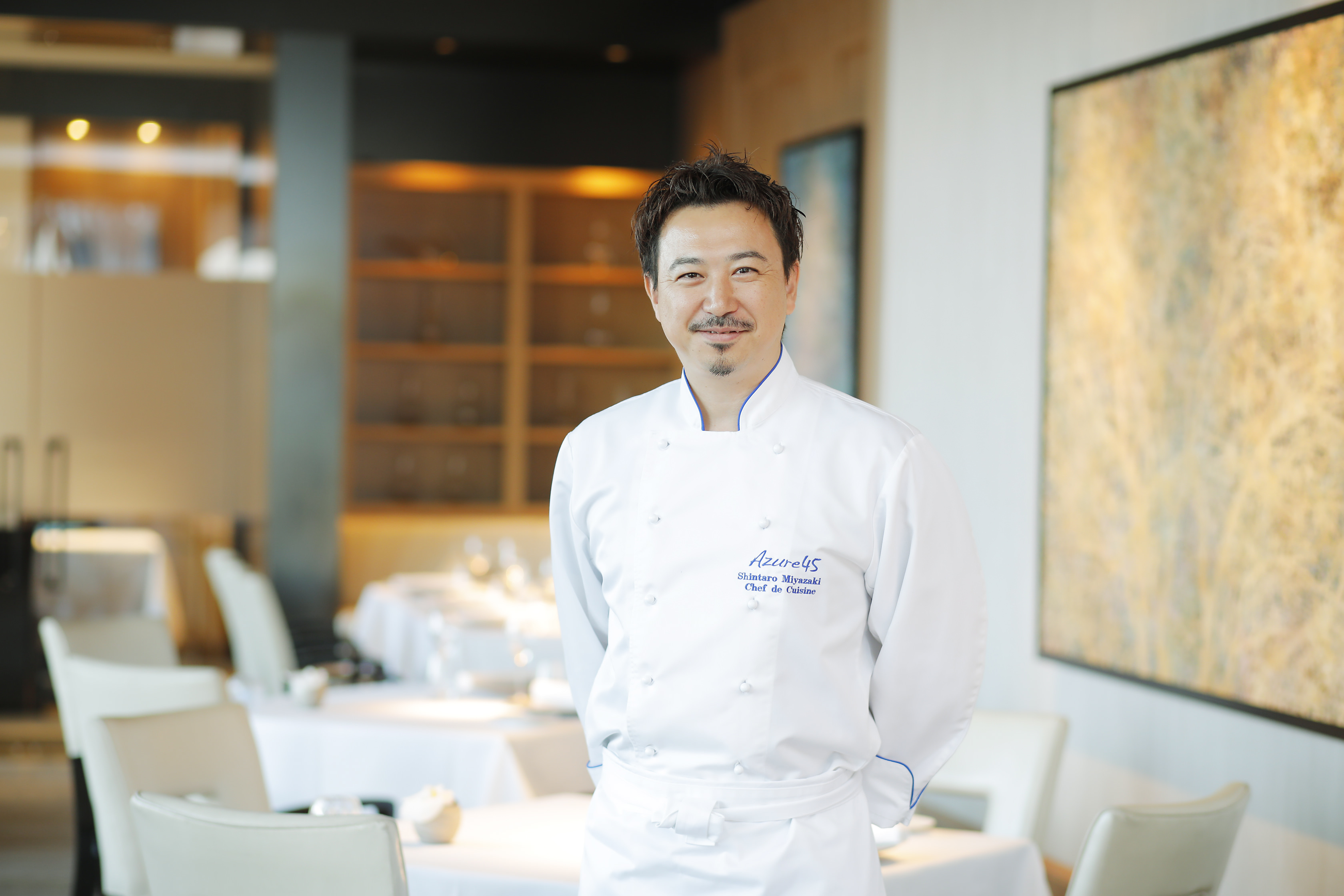 At The Ritz Carlton Tokyo in Roppongi, Tokyo. Azure 45 is on the 45th floor of it where you can enjoy the French cuisine while seeing the beautiful scenery of Tokyo and Tokyo tower in front of it. In this exclusive and fabulous restaurant, Chef Shintaro Miyazaki has been a successful chef. He gained an opportunity to change his career from a restaurant chef in a small town to an chef of a first class hotel because of his great effort of gaining Michelin stars for the consecutive 7 years. After graduating from a culinary college, Mr. Miyazaki started his apprenticeship as a patissier. He gained experiences consistently even though he was still concerning about his career and became a hotel chef eventually. I interviewed him about his experiences, current mindset and dreams. 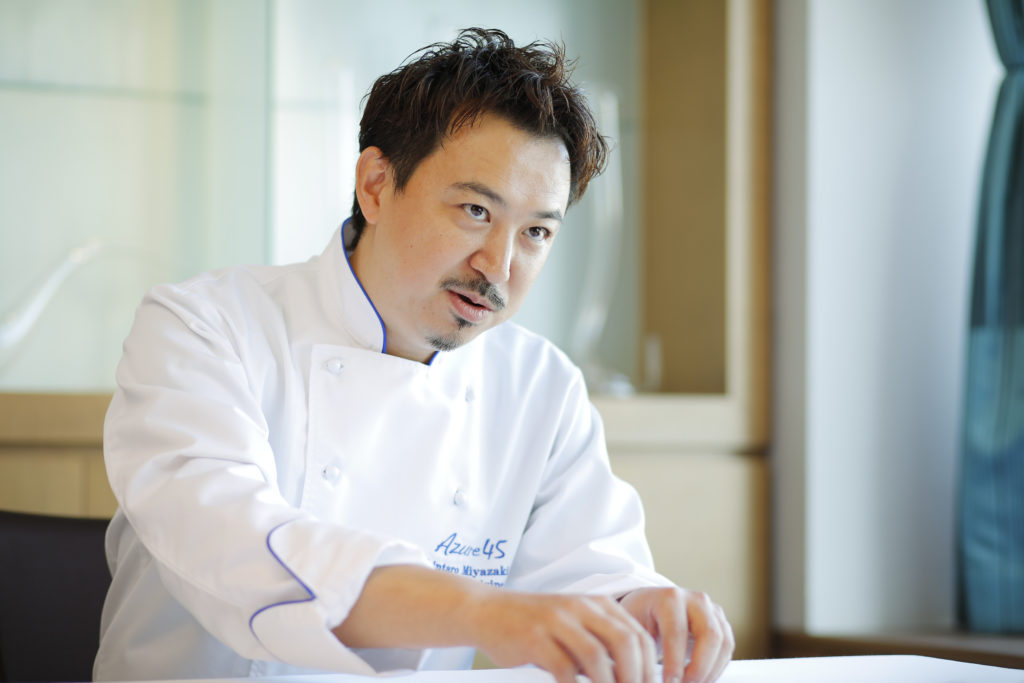 Hard part-time work experiences in the food industry when he was a student.

You were previously a patissier. What made you change the career to a chef?

Mr. Miyazaki :
I originally wanted to become a chef. I was into baseball in elementary school and soccer in junior high and high school. I thought about becoming a chef for the first time when I needed to think about my career path in high school. I wanted to work as a soccer journalist but I thought being a chef could be fun too. At that time, there was a popular TV show called “Iron Man”. I thought those professional chefs were so cool. I thought about my career path very well and decided to go to a culinary college of two years. Until then, I only focused on playing sports. Cooking became the most important part of my life suddenly. It was my first time to live by myself too. Everything was new to me. However, I worked so hard everyday so I slept during the classes.. lol   I worked very hard on a cooking practice day though.

What kind of part-time work did you do?

Mr. Miyazaki :
Of course at a restaurant. If I was going to a culinary college, it was a natural way to work at a restaurant. However, it was an extremely hard workplace.. Even though it was a western styled restaurant on the higher floors of high building near Shinagawa station where people could use for business meetings, it was like a school sport club. My work was mainly washing dishes and doing other small stuff but I was scolded by the chef and my seniors everyday so I was almost crying everyday. After work, I walked together with the chef by elevator to the first floor and rushed to the station. I bought a ticket and sport newspaper for him and waited for him to come.
I saw him off at the station until I couldn’t see him. I shouted like ” Otsukaresamadeshita!!! Thank you so much for today!!!! ” as big as everybody in Shinagawa station could hear.  It is unbelievable right? lol

It must be a very old-fashioned way of thinking. You didn’t even think of quitting?

Mr. Miyazaki :
I continued doing many different sports so I was used to this kind of severe relationships and hierarchy. I thought it was a very normal thing. I worked there for half a year. After that, I changed the workplace and started working in an Italian restaurant in Ginza which the chef introduced me to.

It didn’t mean that you wanted to work in a French restaurant.

Mr. Miyazaki :
At that time, I hadn’t decided what kind of genre of cooking I would like to pursue. I needed to obey with him whatever he said. However, I started seeing the situation better on my second year of the college. I had an advice from my senior that I should study French cuisine if I wanted to be a chef of western cuisines. That made me think of study French cuisine. I changed my part-time work pace to a French restaurant which was near my house.

So you wanted to work as a French chef after graduating from school? 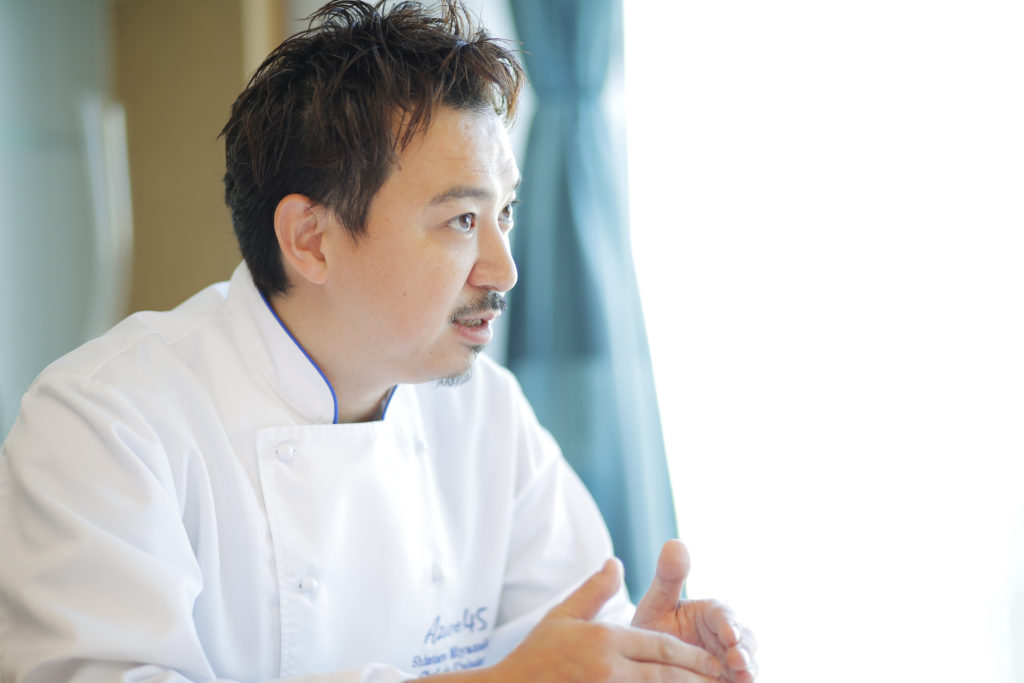 After three-year apprenticeship as a patissier, started working at a French restaurant which he dreamed about.

Your patissier apprenticeship started in that way.

Mr. Miyazaki :
I originally wanted to quit after working for a couple of months. I felt it would be important to work in the actual job site to develop your skills especially in the food industry. I was afraid of being left behind. However, there was an atmosphere where I was not able to leave that soon….. A year later, I told the pastry chef that I would like to go back to the restaurant.
When I told him so, he said “Miyazaki, you know the saying “perseverance prevails”? I would teach you the basic cooking skills of sweets so you should work here at least for three years. ”  lol   I had thought about it very well and ended up working there for another two years.

Working for one year and three years are very different I think. You must acquire a lot of different pastry cooking skills.

Mr. Miyazaki :
Yes. Actually, I was lucky enough to have busy days everyday for those three years. I was introduced on a TV show and produced pasties in a department store. After three years, some pastry chefs told me that I would be successful if I continued working hard. However, I didn’t change my mind so I quit the restaurant. I looked for a French restaurant where I could do my apprenticeship while helping my friend’s restaurant. I started late so I wanted to work at a fresh latest style of restaurant. I read some gourmet books and ate out for the purpose of research. I didn’t have much money so I ate out only lunch time. One day I heard that a chef of L’ AMPORE which used to be in business in Omotesando,Tokyo, Mr. Yoshinari Kikuchi was looking for chefs. I was introduced to him by a senior of my previous workplace. I went to the interview and was hired as an opening staff of Le Bourguignon in Nishiazabu.

How was the work in the kitchen after these three years?

Mr. Miyazaki :
I was completely lost.. lol   It was so hard that I thought I should have continued my career as a patissier. “Le Bourguignon” was taking a lot of attentions. The restaurant always had a media interview everyday. We had full bookings in the lunch time as well as the dinner time. It was such a busy restaurant all the time. There were 5 staff kitchen staff including Chef Kikuchi. I was not skilled enough so I was under a pressure that I may degrade the quality of the food.

What was the hardest experience?

Mr. Miyazaki :
There are so many things. The hardest and best experience was making staff meals. At 16pm, we take turn and are on duty to make appetizers and main dish for staff. I was on duty twice a week. I was responsible to choose menu for the staff meal. I read through many French recipe books while doing preparation or other work. I struggled to decide a menu every time. Chef Kikuchi likes eating and he doesn’t satisfy with the meal if it is not delicious and enough amount. I always needed to do a perfect job. However, this ended up being one of the best practices for me to acquire the basic skills of French cuisine. I was able to become a chef from a patissier. 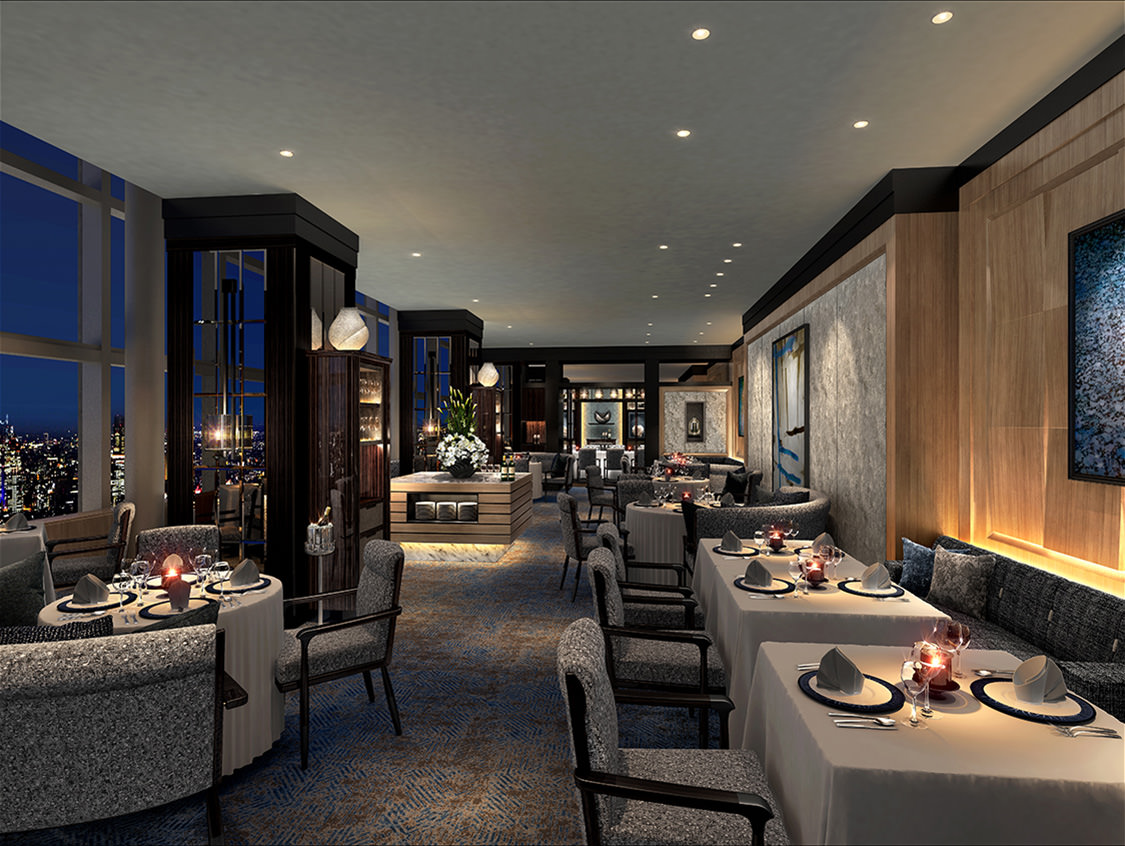