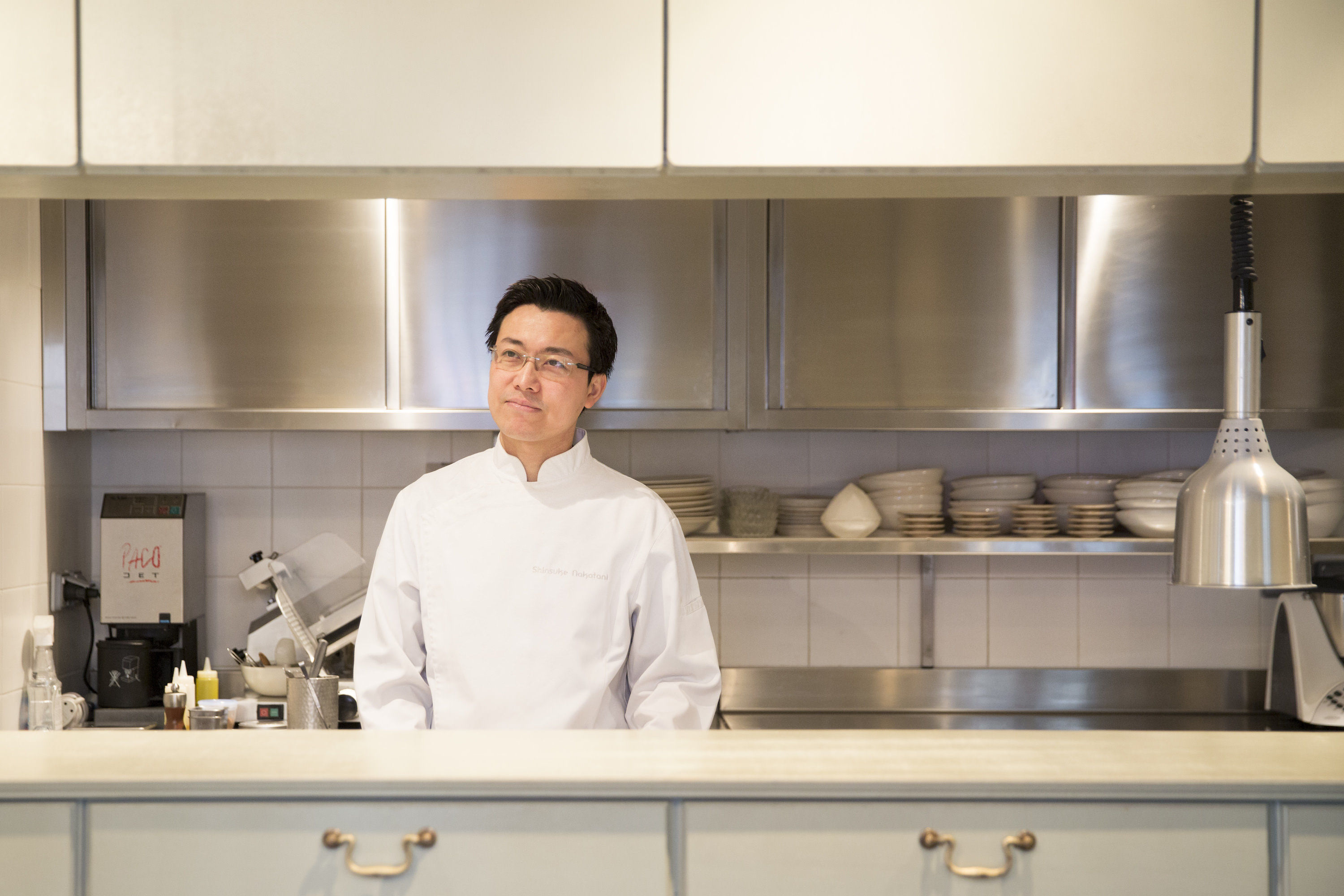 He fell into the culinary field after entering culinary college with vague goals.
He went to France at age 23 and, after moving around the countryside, he ended up in Paris and worked at Hélène Darroze for ten years, learning cooking and management. After that he started on his own in 2014, opening Restaurant Nakatani in the Saint-Germain area. He received one Michelin star in 2016 and attracted many new customers.
I would like to share his chef’s philosophy. 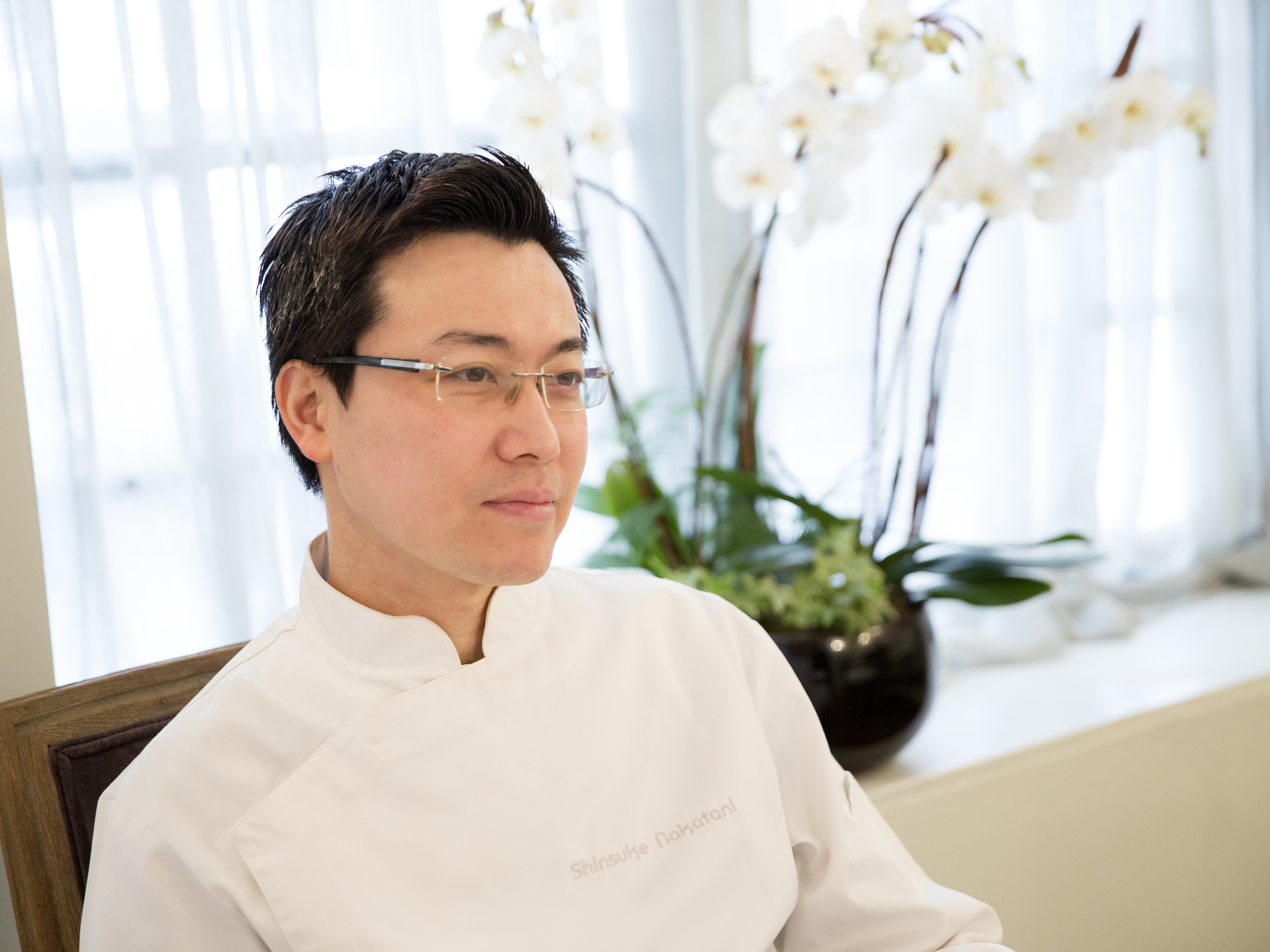 Entering the restaurant field with no specific intentions; a future that I never imagined.

How did you enter the culinary field?

Mr. Nakatani:
After graduating high school, I really had nothing but a vague idea of what to do.
I was thinking of becoming a chef or a hairdresser, and at last I decided to enter a culinary college.
My father was an ordinary office worker, so it was not like I grew up in a family of chefs. I entered the culinary field for no specific reason.

In the end, the college was fun and I had a great time preparing with teachers early in the morning, and going out to eat after school together. Then before I know it, I became, and still am, a chef.

Why did you choose French cuisine?

Mr. Nakatani:
There was no particular reason. I made that choice by random, too. I went to school for two years; in the first year I learned basics and in the second year I could choose a specialized genre, but I didn’t to do Japanese or Chinese, so I chose something western. Of course, I didn’t think that I would have a restaurant in Paris in the future.

After graduating culinary college, did you go to France immediately?

Mr. Nakatani:
After graduating, I worked in Japan for about three years. I was mostly doing part-time work, but I was learning the basics at Eventail in Kyoto and La Maison Blanche in Osaka.

Then I had the chance to work with a chef who had experience in France in his teenage years and later became the second chef at L’oasis in South France. Those were exciting days.

From an early stage, you were able to work with someone who knows the genuine food.

Mr. Nakatani:
Yes. It was about 20 years ago, and at that time in Japan there were not many chefs who had seen genuine techniques in France. I was blessed to have the opportunity to work with him.
Nowadays there are many chefs who came back from France.

That’s why I envy young chefs now. There are many chefs who can teach them the real deal and, what’s more, there are many places to work. Even the salary is better than before.
Of course, the times are different so I shouldn’t really compare. 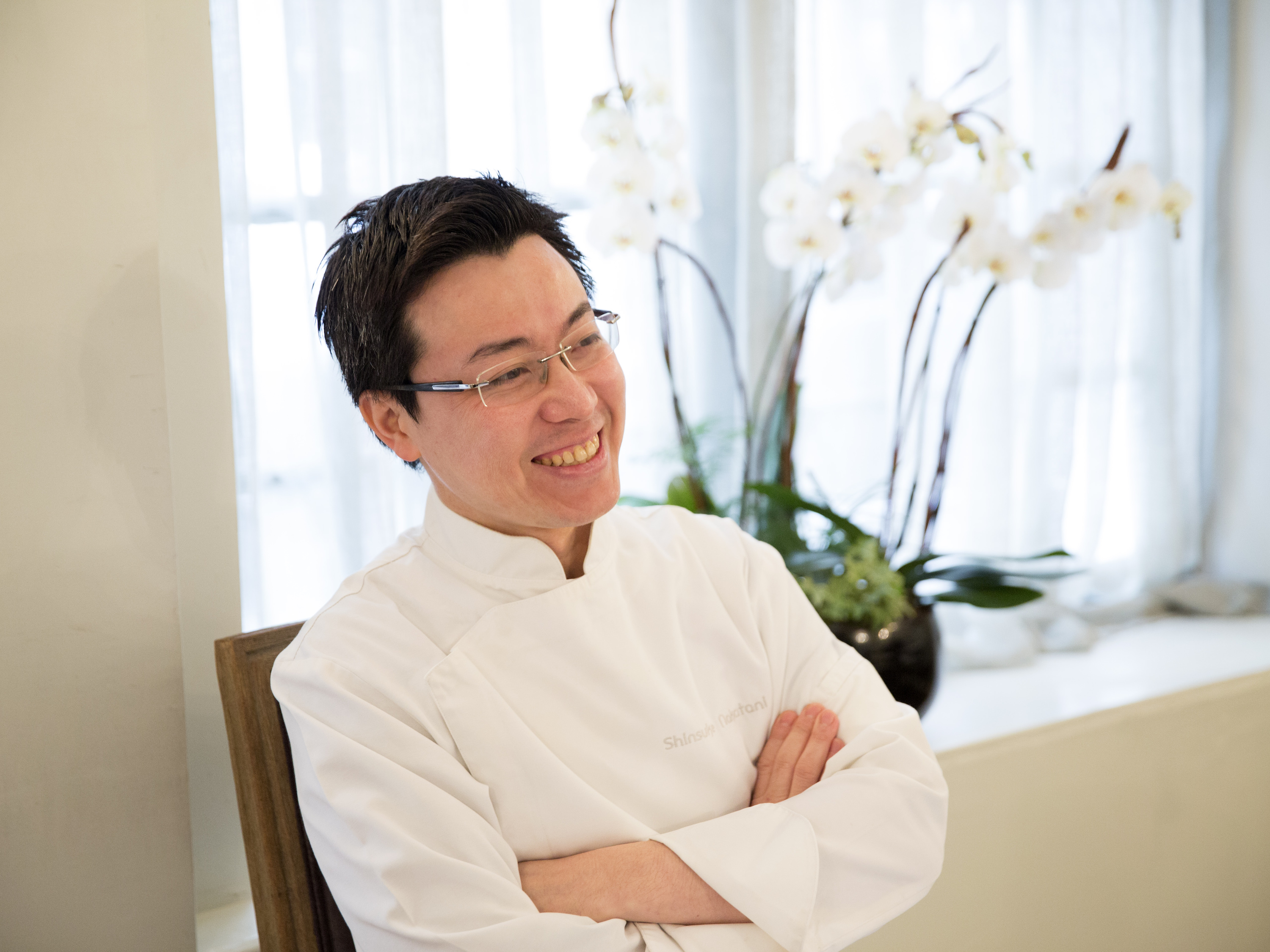 Please tell us about when you first arrived in France.

I went to see restaurants in France and to see the work of native chefs. I was planning to come back to Japan after three years, but before I knew it, fifteen years had passed.

How did you find a restaurant in France to hire you?

Mr. Nakatani:
I started at a restaurant in a mountainous area of Besançon that had a partnership with my culinary school in Japan. I was there just three months. Then I moved to Alsace through a connection, and worked there for several months. At that time Mr. Kei Kobayashi of Restaurant Kei was there, too.

So I was hopping around the countryside for a year and a half before finding a restaurant in Paris. It was a time with no internet, so I sent letters to all the Michelin-starred restaurants and applied through referrals in order to find a place to work.

But there were a limited number of restaurants where Japanese could work, due to the network of Japanese people and the schools. I was able to get a few replies, so it was not like I was struggling to find a job. Even restaurants with many customers would consider me if I sent a letter and there was a vacant spot.

So after working in the countryside, you eventually came to Paris?

Mr. Nakatani:
Yes. I went all around the French countryside, including the south of France and the mountains, and even then I wanted to see Paris. So I tried to look for a job in Paris, and found it.
In Paris, I also looked around two restaurants for several months each. I met Mr. Shinichi Sato of Passage 53. 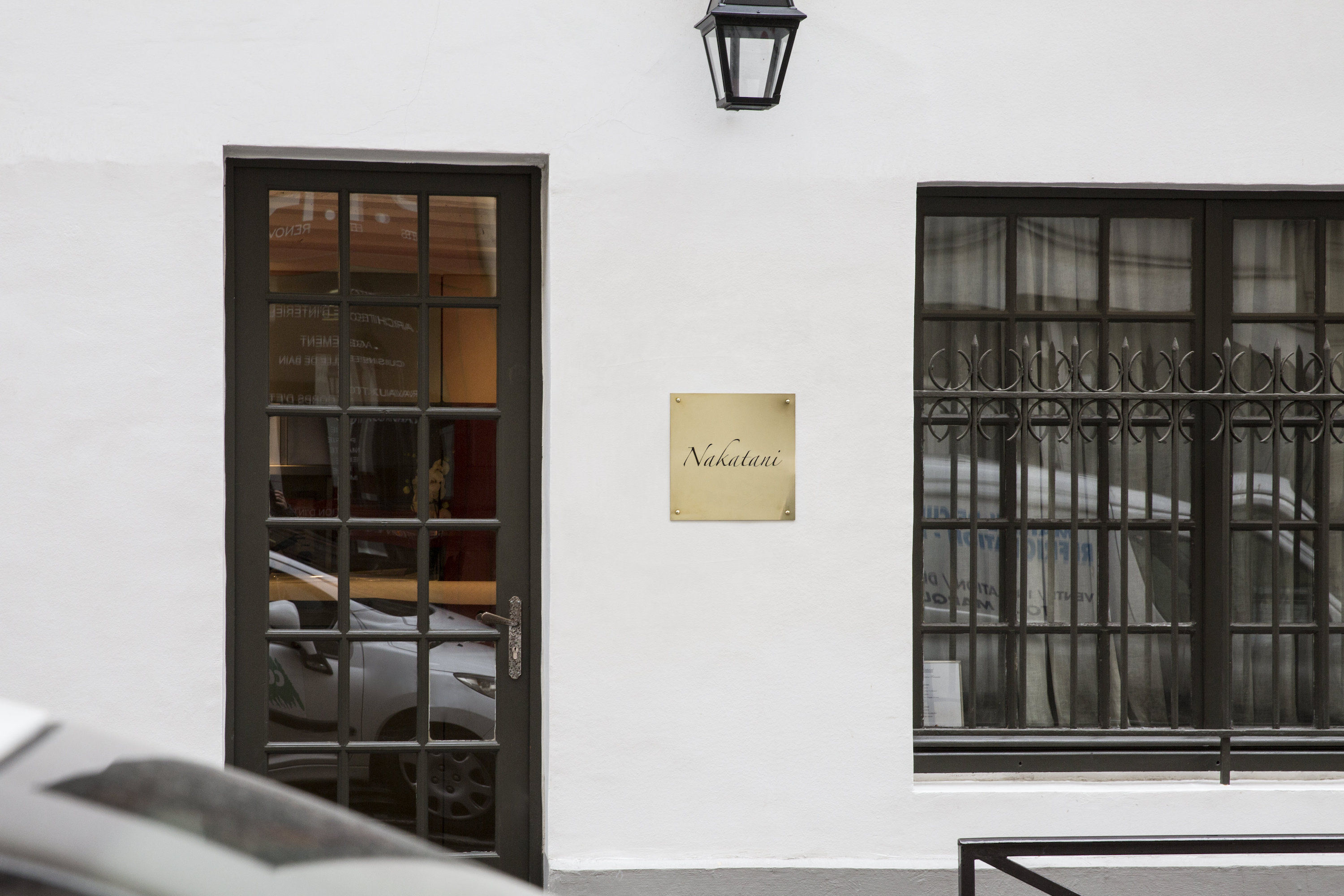