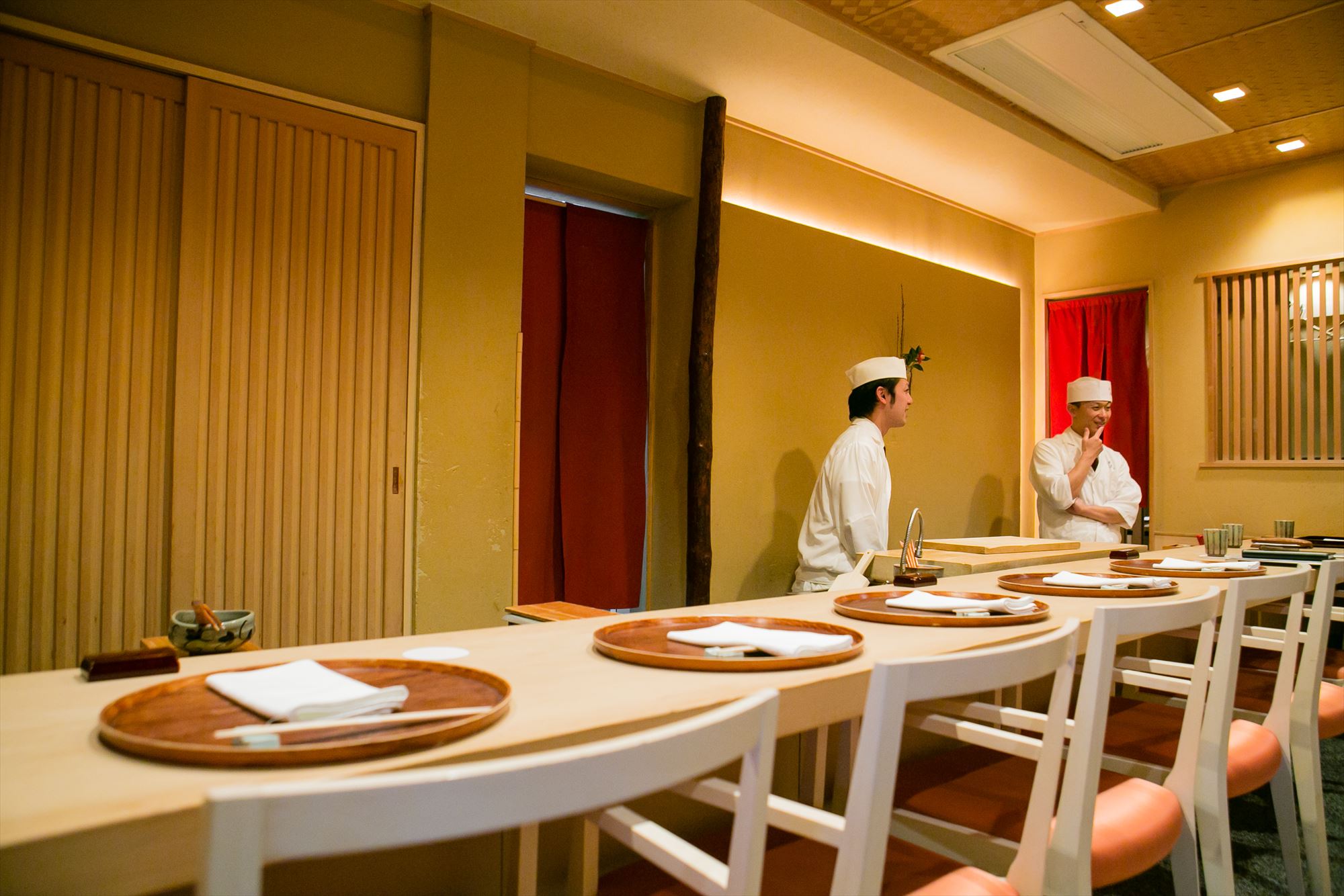 Later, the customers would gradually increase. What was the reason for this change?

Mr. Shimizu:
The biggest reason was probably the changes in the food. Though that doesn’t mean that one day, something suddenly changed. Everyday, I repeatedly cooked and tasted my own food, and slowly changed ideas and flavoring. It was a culmination of that process.
People decide whether they want to come back to a restaurant based on a single visit. Of course there is the service component, but at minimum that must be satisfactory, because ultimately in this industry, it is all about the food. I would return to a restaurant even if the chef is a bit weird or the atmosphere is subpar, as long as the food is delicious. I was experiencing first hand, the fact that there are indeed issues with a restaurant that is not doing well.
During the first 5 years, I mainly focused on improving the food quality. Perhaps it may be more accurate to say that in a vicious cycle of not having a profit to buy new dishes or special ingredients, I could only change the food.

About 5 years after the opening, I had a chance opportunity. The female editor in chief for “Amakara Techou,” a Kansai regional food magazine, came to the restaurant and wrote about it in the magazine. After this, other magazines began writing about us, which allowed us to make some profit. It was not an explosive growth, and we still couldn’t hire anyone, but it was enough to keep the restaurant. 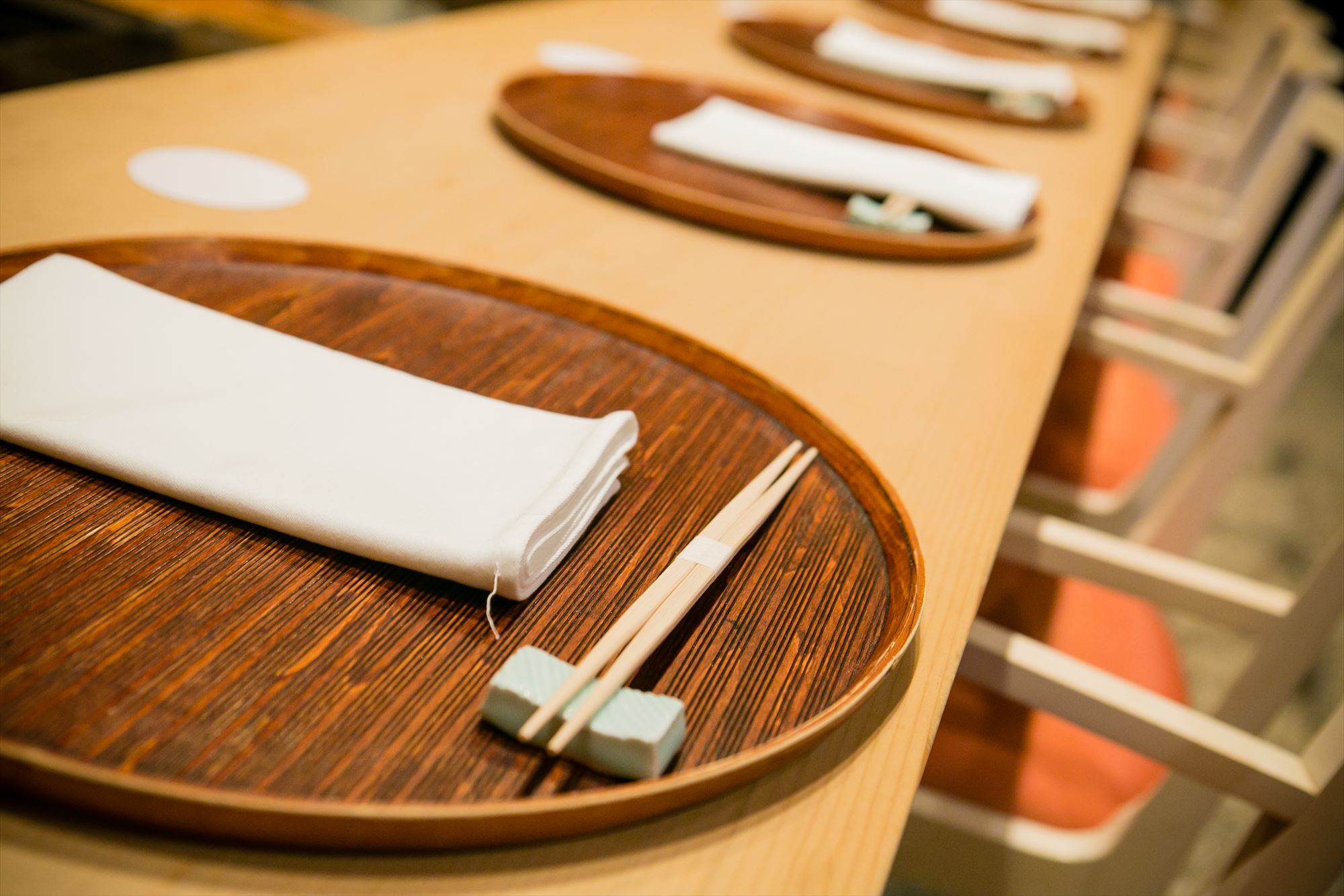 A grand re-opening was the turning point for growth

In 2008, you remodeled the restaurant, and re-opened it in the same spot.

Mr. Shimizu:
We managed to stabilize the sales to the point where we can afford to remodel the restaurant. Until this point, the restaurant had a bar-like interior, a remnant of the previous tenant, but it was remodeled to have a Japanese look with warmth of natural wood. By clarifying the concept of the restaurant through this remodel, the clientele changed. We raised the prices, and narrowed down the course menu.

Perhaps the remodel served as the turning point for getting more customers. Due to increase in sales, we were able to hire staff. Luckily, we were ranked #1 in Japanese cuisine genre in a women’s magazine’s food ranking. Many things just came together. In 2010, we received a 1 star rating in Michelin Guide Kansai. This was the first year for the Kansai version, and because not many restaurants from Osaka were listed, we saw an increase in the number of customers at our restaurant.

I continued to upgrade the food. I changed the shaved bonito and Konbu used to make broth, and for the ingredients I used to purchase at the Osaka Wholesale Market, I began traveling to see the producers and use things that I deemed suitable. For example, sea urchin tastes different, depending on where they are harvested. Similarly for wild vegetables and boar meat, I travel all over Japan to select the ones I think taste good. Changing the ingredients has lead to a rapid increase in the number of customers in the recent 2-3 years.

Mr. Shimizu:
We had been thinking about the move for a long time. Both my wife and I believe in expanding the restaurant to accommodate more customers. Initially, we were thinking about places with a similar atmosphere to Shimanouchi, like Yodoyabashi or Nakanoshima, where a subdued, Japanese restaurant seems fitting. We were looking for a large space but were unable to find one. Around this time, the owner of Shin-Daibiru came to my restaurant in Shimanouchi, and asked me on the spot, “I would like you to come take a look.”

If I were serving the food from 5 years ago, I may not have been asked. I believe that my efforts to make a variety of changes over the past few years including, reevaluating the ingredients and tinkering with the flavors, have lead to the move to Kitashinchi.

When I actually saw the space, it was very nice. I had no intention of moving to a busy area of Kitashinchi. The area around Shin-Daibiru was quiet, and the greenery placed at the entry and on the rooftop gave a comforting feel. I immediately liked it. 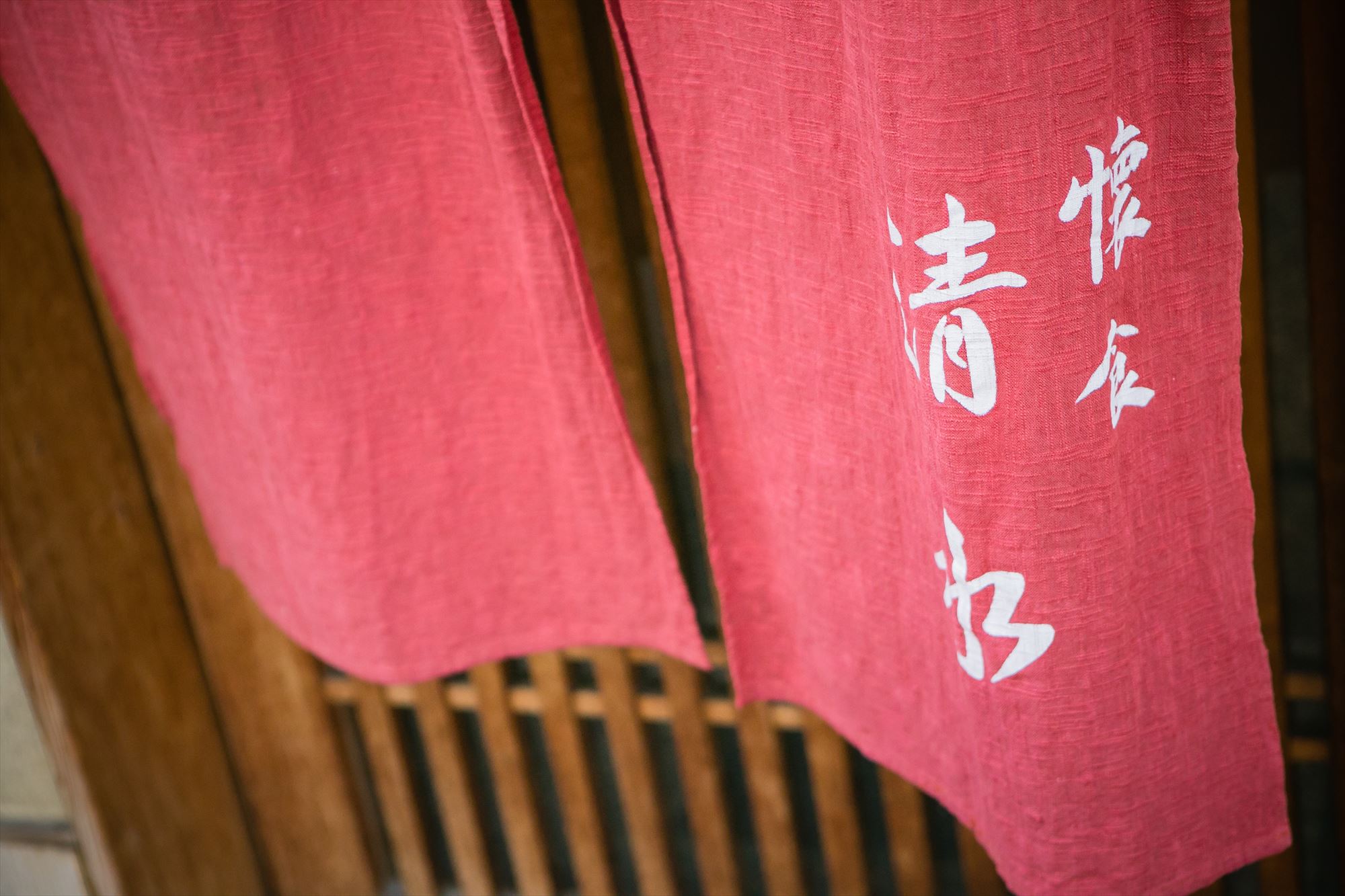