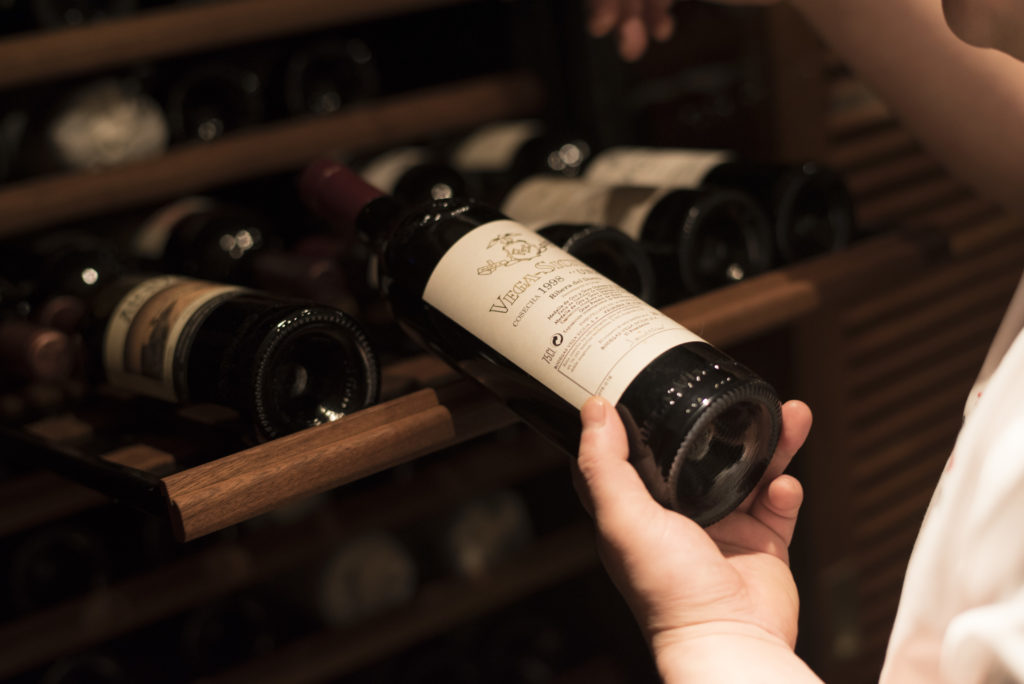 The restaurant moved to Ginza from Azabujuban and hired more staff. How do you usually communicate with them?

Mr. Honda :
I make the main procedure first and then write how much time it would take; then I add more precise figures for staff members to be able to work effectively. I can only make it work for European cuisines.
In general, some people say European cuisines are rational, and I optimize this benefit. In this generation, it is too old-fashioned to think you need to learn by watching a master, or taste the leftovers from the bottom of the pot to learn the tastes. I have nothing to hide so I answer any questions when my juniors ask. I leave the recipes in a place where everybody can see and tell them to check them anytime.

What is the thing you are persistent with when cooking Spanish cuisine?

Mr. Honda :
What I do is a very normal and classical thing. The kitchen tools I use are fire, an oven, and a grill. I serve food that I create based on what I have experienced, what I have eaten or made and was delicious, what I have learned through my apprenticeship time as “my cooking.”
However, this is a restaurant that serves Spanish cuisine so there are many dishes I came up with but couldn’t serve. If I were in Spain I may have made them, but I am in Japan so I don’t cook anything other than Spanish cuisine.
Also, I try not to read Japanese cooking magazines. I still want to keep my European senses. More than that, I would like to gain more authentic knowledge that is written in Spanish, and add it to my originals to create unique Zurriola dishes.

Please tell us about your outlook.

Mr. Honda :
People usually imagine only paella, ajillo, tortilla, uncured ham, or olive oil when they think of Spanish food. When you plan to eat out, you probably wouldn’t think of Spanish food, and it is not even included as a restaurant genre in many places to begin with. Really, Spanish cuisine hasn’t found its way into Japan yet.
So in my restaurant, I change the names of dishes for people to understand more about them and write “Spanish Cuisine Zurriola.”
There are more and more delicious Spanish dishes. I would like to expand people’s horizons to tell them how delicious this food is. Also, I would like to have more people say “Let’s go to Zurriola for Spanish!” Actually, the number of people saying that has increased so this is the greatest thing for me. I really appreciate it. There is less concern about food genres. 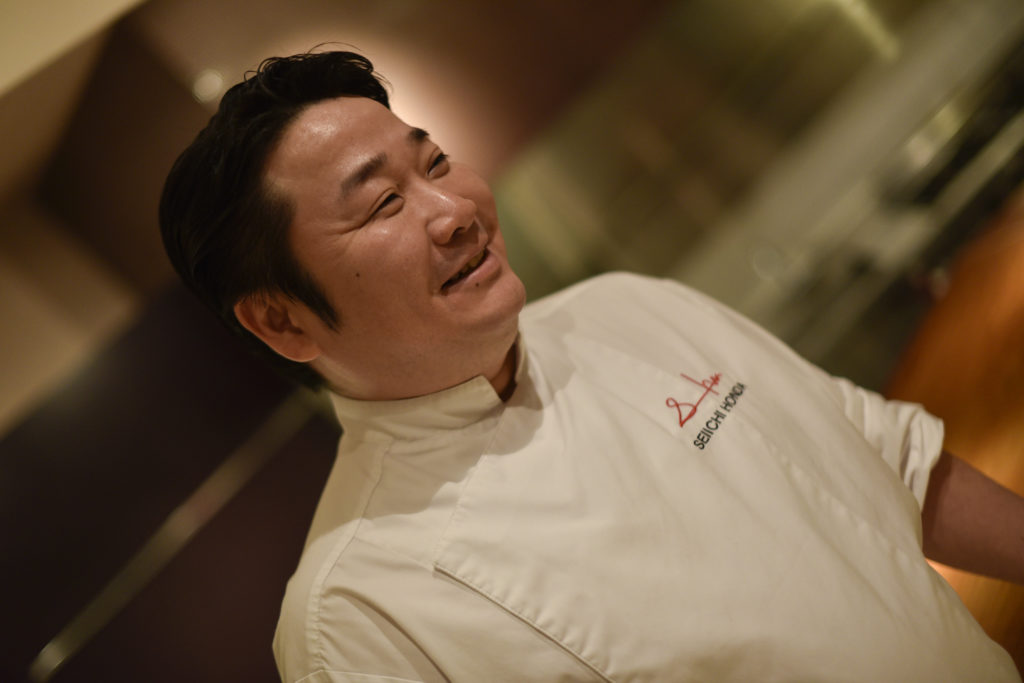 You should have your own goal. If you do, you will naturally see what you need to do to achieve it.

Please share with us what you tell the young generations based on your experiences.

Mr. Honda :
I have met and worked with so many people since my apprenticeship. I can say that people who only complain about their situations are not in this industry anymore.
On the other hand, those who never complained are successful in their own ways. This is definitely the common denominator of these successful people. Also, you should work hard to attract the people around you. It’s easy, you can just reply in a big voice with a big smile and say “Yes!” You don’t even need to respect someone to do that!
Of course I had someone that I really liked but I didn’t really look up to him. This is because I was the one who did my best in this industry. In Japan, many people say things like, “Thanks to my teacher, I became who I am now,” but I don’t think like that.
What you have achieved is not thanks to someone else; you made it possible through your massive effort. Because you are doing your best, people around you have no choice but to help you. I would like young generations to have this mindset.

Mr. Honda :
When I moved to France, I said I wrote many letters by hand, but that is not the most important thing. You can type them and print them out then send them out. You can use the modern methods to do such things. However, I don’t think it is a good thing for people to be able to search on the internet too easily. Such data can be saved in your computer or smartphone but not inside yourself as memories or skills. Also, it is very important to have your own goal. Whether you have a goal or not will change your future eventually. I myself had a very specific goal then planned what I needed to do to achieve the goal.
Then you should set a goal for the next five years. You won’t know the result in the first one or two years, but ten years is too long. If you set a five-year goal, you can make gains in many ways .
To achieve the goal within five years, you can consume these gains and turn them to fuel for your future. Even if you end up being far from the goal, if you put as much effort in as possible during those five years, someone will give you a hand and help you.

After the interview, he said, "I don't go out for drinks when I have work the following day. I open the restaurant for lunch so it would be an obstacle for my work. I only drink on Sunday night when the restaurant is closed on the following day. I’m usually at home by midnight on days off or Mondays to rest. I keep this rule to give my best performance on the next day." He does what he needs to do to achieve the goal he sets. He actually walks the walk. I was very surprised with his mindset. I was so fascinated with him not being involved in a typical Japanese cozy relationship and rather pursuing his own way no matter what people say.
One more thing that impressed me was when he said, "I would like to always be a European." It doesn't matter whether it is a popular idea in Japan or not. He always cares about the trends of European countries. I thought that this is probably because he wants to expand the notoriety of authentic Spanish cuisine and nothing else.
Prev Page
Next Page 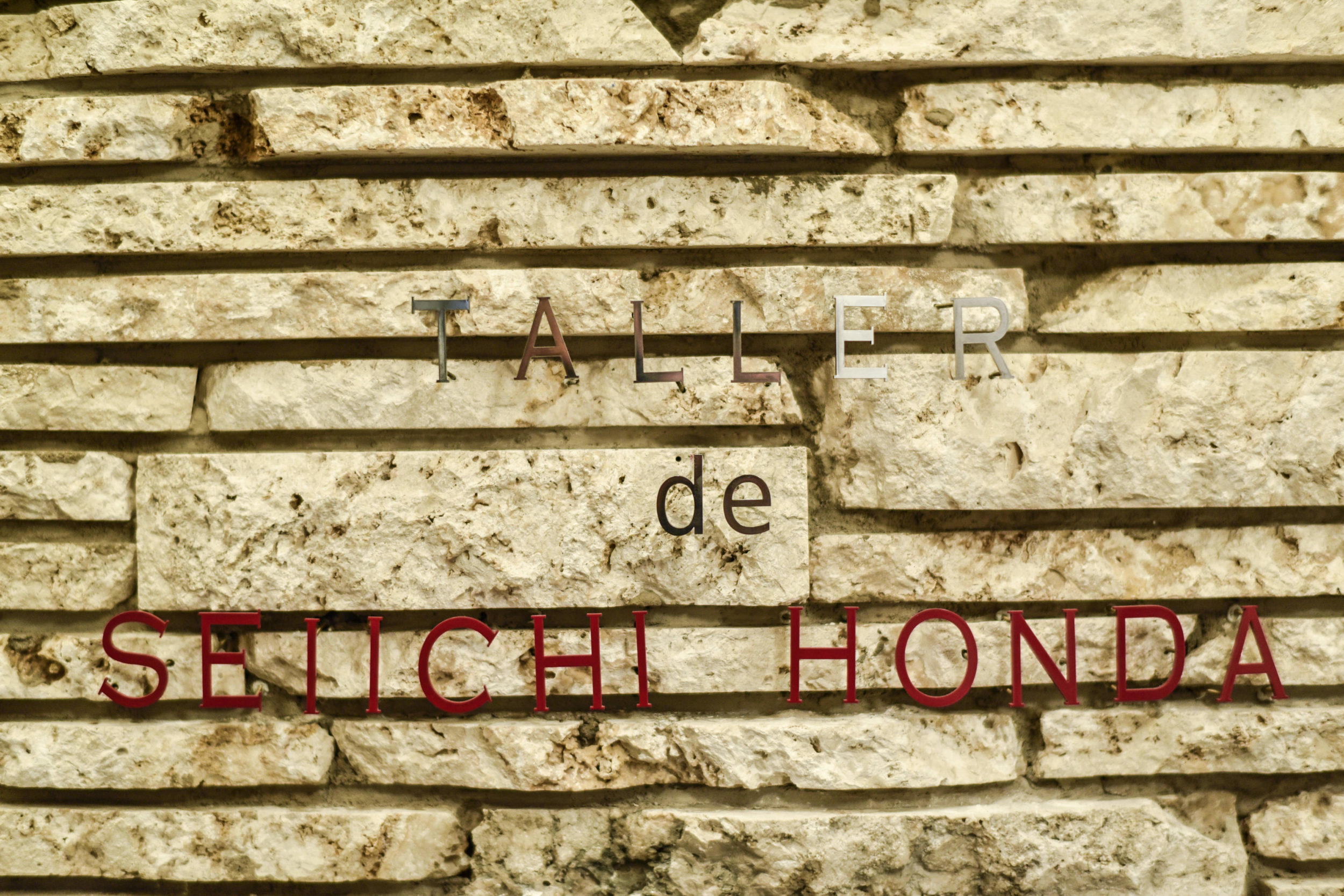