After you worked for Passard for 1 year, you started working for Guy Savoy. Regarding decision making, you’ve always had a target. What was the reason to go to Guy Savoy?

At that time, in France, a chef usually had only one restaurant. But Guy Savoy was different. He was running five types of the restaurants, such as fine dining or brasserie. I wanted to know how he ran several restaurants that are different from each other.

How did you get hired there?

I had a friend who knows him very well, and he told me that he likes rugby very much. So, before the interview, I researched everything about rugby. If he asks me something about rugby, I need to be prepared.

As expected, within 10 minutes of the interview, Guy Savoy asked me, “What kind of sports do you like?” Of course, I answered “rugby”! We got excited over talking about rugby. Actually, before I hearing that he likes rugby, I only knew a little about it. I played rugby at the physical education class in school, that’s about it. But the research worked very well. And of course, I was hired after that.

But after I was hired, I realized a problem. At Guy Savoy, all the staffs practiced rugby every Friday. Of course, Guy Savoy would like to see how I play rugby. Despite his expectation, my play was so awkward.

Other than rugby, there was another reason Guy Savoy was interested in hiring me. It was my bread making technique that I had learned from Passard. Before I joined the restaurant, they bought bread from a famous bakery. Passard sourdough bread was famous then, so one of the requirements from Guy Savoy was “to make an original bread for his restaurant.
I started making bread right after joining Guy Savoy. Four weeks later, I created the bread that matched Guy Savoy’s requirement. Guy Savoy is still using these recipes now. However, after I’d created the bread recipes, I joined cold and hot appetizer section.

Was Guy Savoy’s kitchen very different from the other restaurants?

Yes, at that time, in the kitchens of French restaurants in France, almost all the staffs were French, including Passard. Guy Savoy was different. He likes foreigners and a lot of foreigners were in his kitchen.

English, Scottish, American, and Japanese.
Guy Savoy’s thinking then was “to have many foreign chefs in the kitchen is good because they would make my name famous around the world. Once my name is known to the world, this would be a place people crave for. The business would go well and many people would come to work with us. Everyone would like to be a part of your success”.

He knew since then, the importance to look to the world and not just within Paris. In fact, he was right. Even now, that is part of his success and because of this mindset, he could open his restaurant in Las Vegas and Singapore.

I would like to know about the way to organize different restaurants. At the same time, his personality, how to motivate the team, and how the best person works in the restaurants.

Actually, at that time, amazing staffs were working in his kitchen. Sous chef was Laurent Gras, who led “L20” in Chicago to becoming a restaurant with 3 Michelin stars, Gordon Ramsay was in the cold kitchen, commis chef was Alex Guarnaschelli, now she’s a judge of TV program called “Chopped”. All these talents were in the same kitchen.

Amazing members from various countries and backgrounds. How did he manage these talents?

What I learned from Guy Savoy were teamwork and respect. Same as Passard, it was a competitive kitchen, but Guy Savoy used his hobby very well, that is rugby.

If you have something to say to someone, you can do it through sports and solve it on the rugby field. It was a good way to control vigorous youths. Especially because rugby is a very physical sport which has tackles and even if there were extreme plays, the judge may have missed spotting it.

So, we did practice every Friday and on Saturday mornings, we had a match. Sometimes we played against other restaurants. Also, Guy Savoy knows a lot of professional rugby player, so sometimes they joined us. Of course, we got beaten completely when that happens.

Working in a kitchen is challenging to one’s stamina as well, so it is good to have such kind of the practice. Through that experience, I’d also learned that sports help in team bonding. 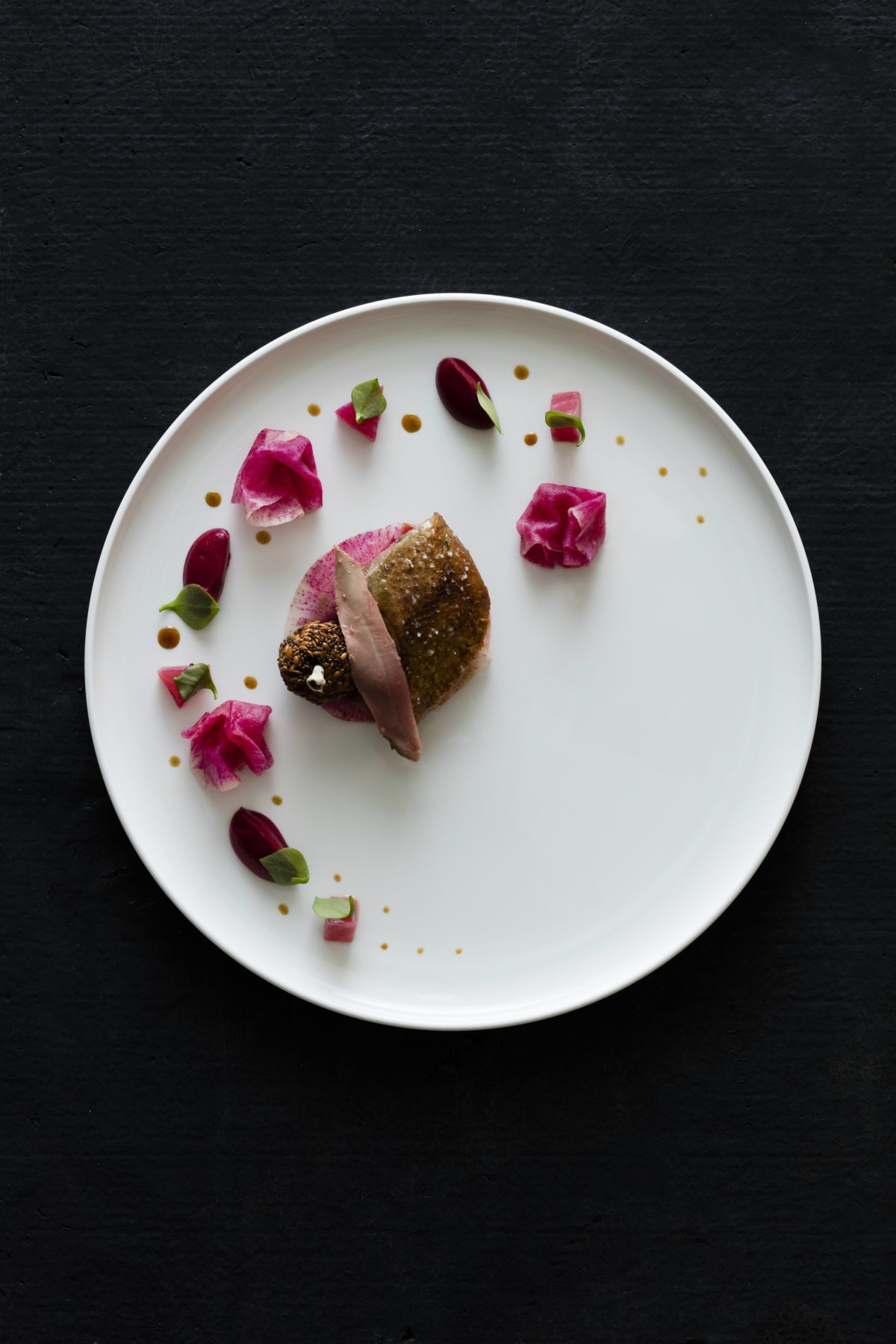 ”Fly me to the moon”. Learning about cuisine of improvisation and story from Pierre Gagnaire made me feel like I was an astronaut.

After you worked at Guy Savoy for a year, you moved to the next step, Pierre Gagnaire. What did you want to learn from him?

The reason why I worked for Gagnaire was to know his concept and philosophy.
His vision was so different. Usually, French chefs placed high importance on tradition. At that time, Passard and Guy Savoy were so innovative, but they still looked traditional compared to him. Gagnaire was very different in his ideas and concepts.

He was a very creative person, always thinking outside the box. In French cuisine, there were traditional combinations of the ingredients, such as morel and asparagus, tomatoes and basil, beef and onion.
But for Gagnaire, these traditions were meaningless. He’s like a jazz musician who would improvise on the spot. “Beef and oyster, it is not a traditional combination, but I’ll make them match”

I think it was your first time working at such kind of improvisational restaurant without any concept, how was the experience like?

I felt like an astronaut who went to the moon for the first time. I really appreciated all my experiences until then. Otherwise, I couldn’t understand his cuisine. All the techniques I learned from Robert, Passard, and Guy Savoy was a luggage to have a freedom. That meant, I could understand Gagnaire ‘s cuisine, because I had trainings on traditional techniques.

Did the Gagnaire’s mindset affect you a lot?

I was working with Gagnaire for nearly 3 years, until at the age of 24 years old, and found out that Gagnaire was an improvisational person, and that there was not a well-defined concept. He didn’t care about the tradition and he said, “it is not a tradition that will make it right, it is you who will decide what is right or wrong.”  You can write your own language in cooking!

“The person who decides the rule and judges the dish is the chef, it is yourself. Because you are the only person who knows the truth in your own cuisine. Diners might say, it is overcooked or too salty and that could make sense, but regarding the combination of the flavors, you are the only authority of your own cuisine. This is art and part of your expression”. This was the way how Gagnaire thought.

To understand cuisine as a personal expression like art, this mindset would be very original at that time.

Exactly. For example, if you went to the museum, there would be some artworks that you cannot understand. Some Italian artist cut the canvas 4 times and call it “art”.  Some people would say that it can be made within 2 minutes, and that is true. But if you know the meaning of expression, you cannot say the same. It was because you don’t know the story behind it.

“Sometimes, cuisine need to be provocative and bring out the emotion of the diners. Not only making tasty food, you need to tell the story. Some people might say that this is different or this is eccentric, but this is a part of my story”.

Nowadays, it is said that storytelling is important in a cuisine, Gagnaire already started since then.

After you started to know the depth of the ideas, you get to understand the cuisine deeply. What is the reason you left Gagnaire?

At that time, the economy of France was not good and there was some problem regarding the management of the restaurant, such as too much investment, so I started thinking of a new career path. Just then, Guy Savoy told me that a general manager of a hotel in Mauritius, Royal Palm in Mauritius was looking for an executive chef. 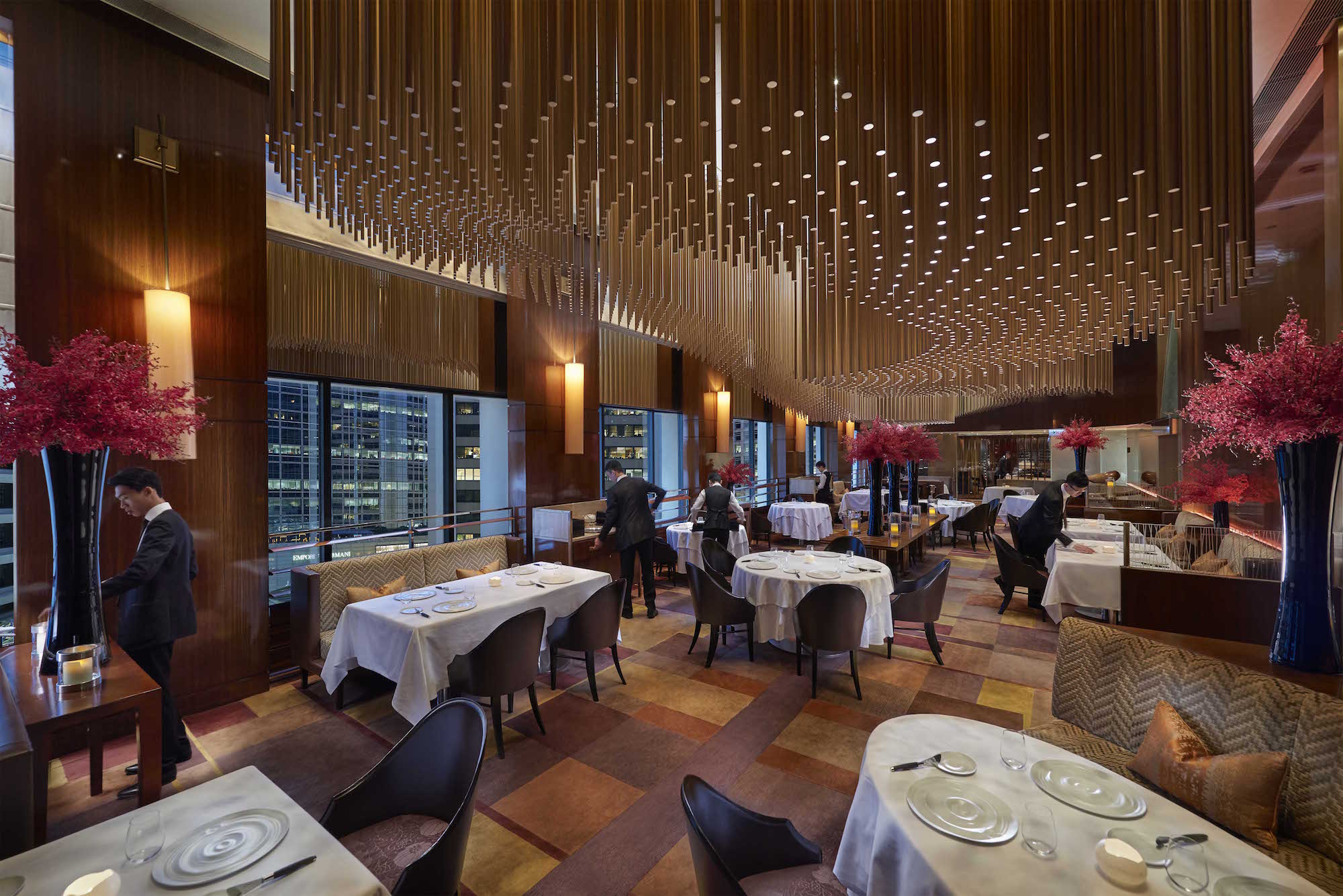