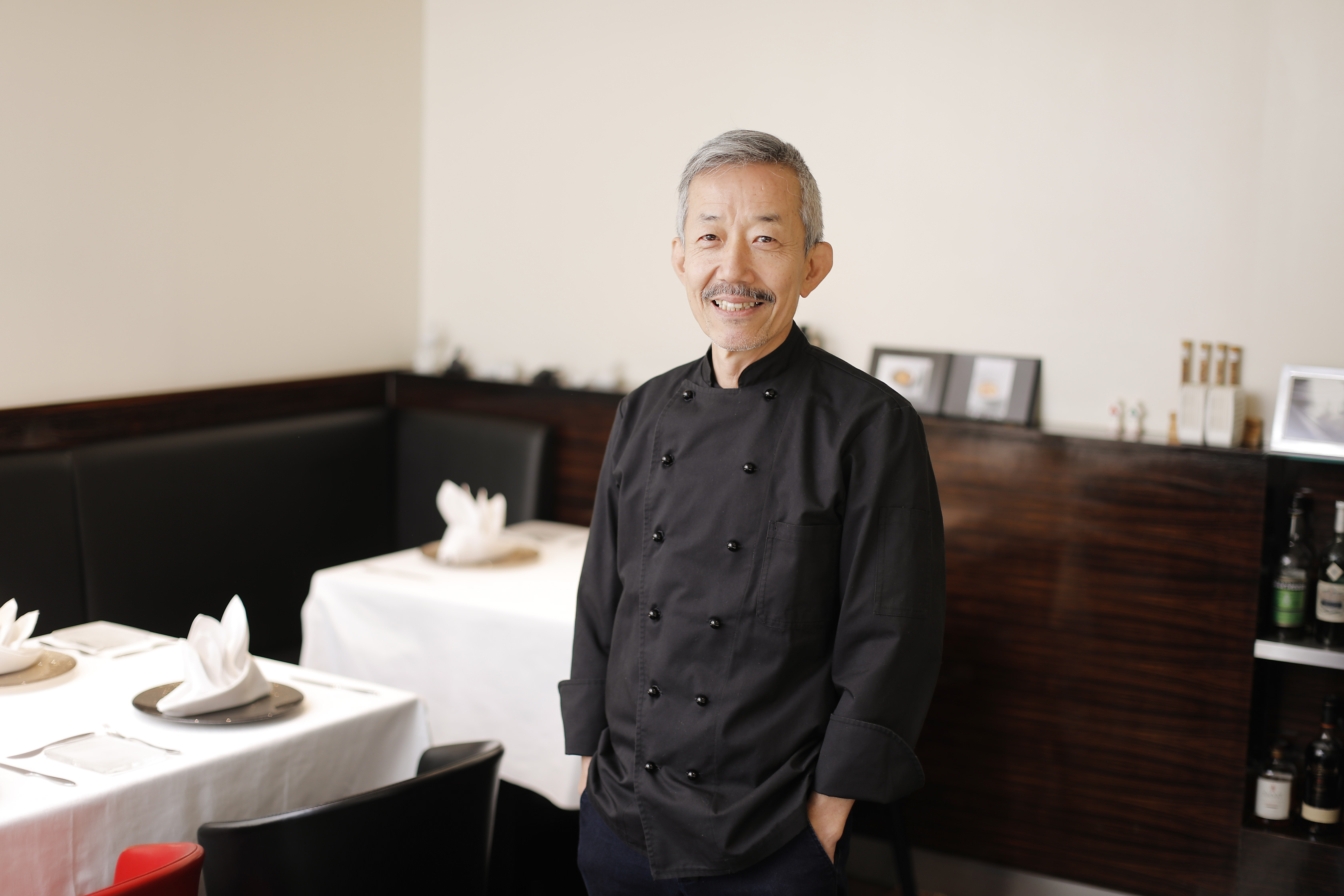 Le Mange-Tout is a French restaurant located in the Kagurazaka area of Tokyo. Its food is simple but has a deep flavor and many gourmets visit the restaurant from all over Japan in search of the unique food which is constantly developing. It has maintained two stars in the Tokyo Michelin Guide for the past 11 consecutive years. The owner-chef, Mr. Noboru Tani, has worked as a chef for 47 years and is a leader of the French cuisine industry in Japan. There are many chefs who look up to his professionalism and serious attitude towards cooking and consider him their mentor. He has experienced a lot of difficulties, too.“I didn’t really go through the royal road as a chef of French cuisine,” he says. I interviewed him about his past experiences and what he would like to pass down to the future generations. 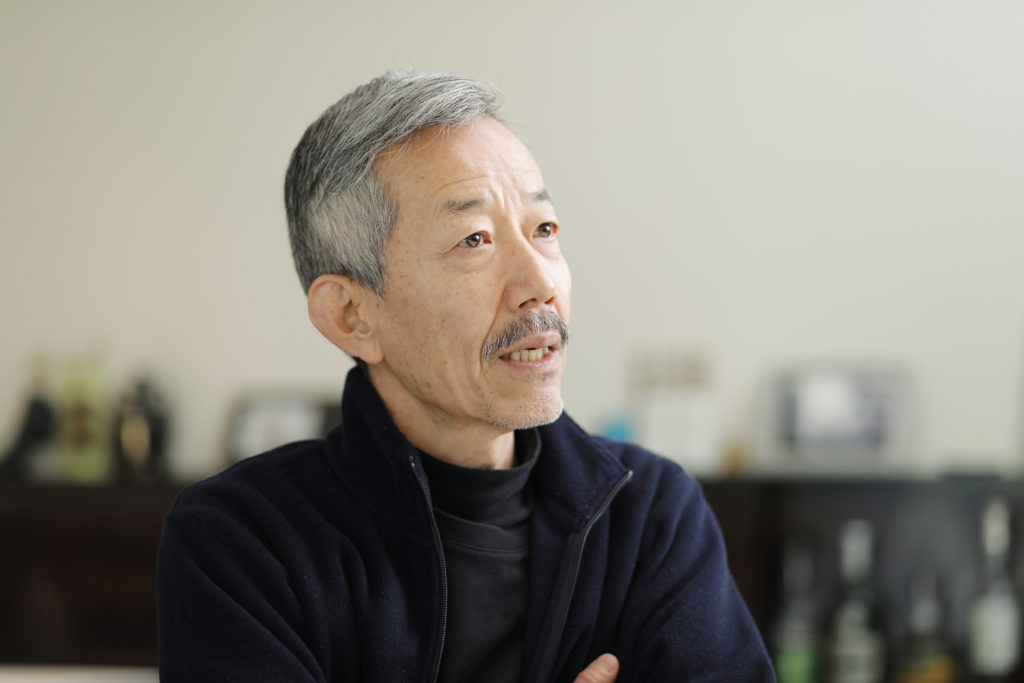 I never thought about becoming an owner-chef

You opened Le Mange-Tout in 1994, but at that time, the Ushigome Kagurazaka Station on the local subway line hadn’t constructed yet; so I am sure that it wasn’t really an ideal location in terms of access. Why did you choose this location?

I wasn’t supposed to quit Aux Six Arbres and therefore had to let my staff take care of Le Mange-Tout for a while. The bubble economy had already brust by then but I still received good money. I was too optimistic and I thought that things would go well if I could just pay back the debt with the money I would receive for my main job’s tax return.

Of course, the business didn’t go smoothly as I didn’t think seriously enough. The restaurant business was in dire straits and there was no choice but to be there personally to manage the restaurant. Therefore, I originally wasn’t really ambitious about running the restaurant when I opened it. I had never thought about becoming an owner-chef either and moreover, I didn’t think I would be able to become one. I just went along with my situation and it led me to become a chef.

I see. I can’t really imagine that, looking at you now.

Mr. Tani :
Well, it was really bad actually. I went to a high-ranking high school but there was some student activism going on back then so we were interrupted and not able to take classes smoothly.

I was non-political so I just played mah-jong every day. Then my father asked me what I would do after graduation so I said “I want to work in the food industry” – it was the first thing that came to my mind, like some odd twist of fate.

I come from a military family and my father was a career military man who, while still in his 20s, was in charge of about 200 juniors. He was the owner of a publicly listed company and was sharp-eyed and very strict. He asked me what I would do in the future as I was sitting up straight in front of him. I couldn’t say “I am not thinking anything about my career path.” I was puzzled… But I just recalled that one of my friends told me that he wanted to be a chef so I said the same thing to get out from that conversation. The following day, my father brought back a leaflet from Hattori Gakuen College, which was located on the way to his work. He opened the leaflet in front of me as if he wanted to say “A man is only as good as his word, right?” and said, “there are one-year and two-year courses at this college.” I wanted to be as a student as long as possible so I said, “I’d want to take the two-year course.” I entered the nutritionist course but I didn’t even know the difference between chef and nutritionist at that time. 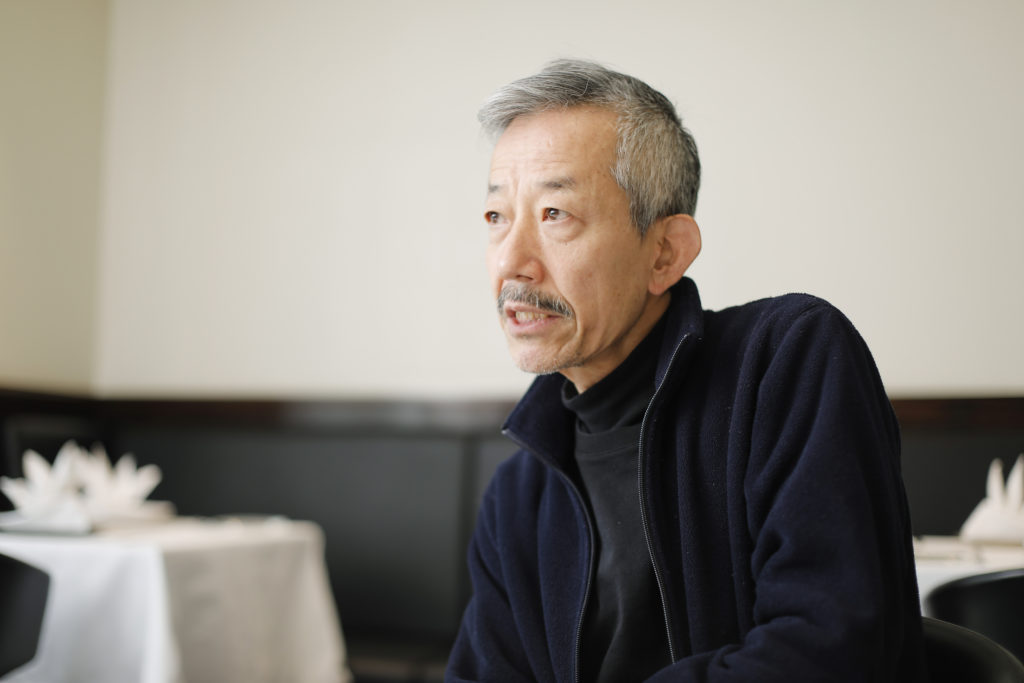 I moved to France at the age of 24 but faced difficulties so I came back to Japan. I had an overwhelming feeling of failure

Wow! So when did you become serious about cooking?

Mr. Tani :
After a while, I realized that the nutritionist course was not what those who want to become a chef would study. There were a lot of female students and the content of the classes was things like nutrient calculation – different from what I wanted to study. Therefore, I decided to quit only two weeks after I entered the college. I did my research again and decided to go to Tsuji Culinary College. However, there was another odd twist of fate when an assistant teacher at Hattori Nutrition College, whom I was friendly with, introduced me to Îl-de-France.

That was when I met Mr. André Pachon, who was a huge impact in my life. (※ Mr. André Pachon manages Pachon in Daikanyama.) At that time, there were only about 10 French restaurants in Tokyo. They were not casual places where young people could visit. Therefore, it was such a fresh experience for me to see the kitchen and restaurant interior. Waiters were double-chain structures. I was fascinated with the French cuisine perspective of the world. Someone like me who always chose to play around became such a serious worker all at once and worked about 15 hours a day. The young French chef, Mr. Pachon, who was eight years older than me, was so cool and made me dream of becoming a professional chef.

Moreover, Mr. Pachon was very kind and talked to me saying, “Tani, Tani,” even though his Japanese was not as good as it is now. I got along with him so I started working at Îl-de-France. He talked to me about Le Mans or the Tour de France or other things that I couldn’t hear about much in Japan. Not just cooking – everything I heard from him, such as French history, culture, the local areas or the language, amused me. After working there for six and a half years, I moved to France but I was severely worn out.

Mr. Tani :
Yes. Every year, one staff member was sent to France; when I was 24 and the right-hand position, I got chosen to be sent to France. The workplace in Lyon was already decided and it was such a great circumstance for me. However, my first stay in France turned out to be two extremely bad years. At immigration, I was not able to make myself understood in French even though I had studied it for two years, so I was very disappointed and lost my motivation from the beginning. When I recall it now, I know I should have gone to Lyon which is a smaller city as soon as I got there, but I went to Paris first. I grew up in Shinjuku which was in the middle of Tokyo so I didn’t really like to go to the outskirts!

However, Paris is special for me. Mr. Pachon was a very nice person who grew up in a local city but Parigot were very different from those in the country. I looked for the cheapest accommodation and arrived in Montmartre, Paris. At that time, the atmosphere of the area was completely different from how it is now. There were many people from Africa and Arabic countries. On Saturdays, there were people who were playing drums or making a bonfire. On rainy days some homeless people were sleeping on the corridor of my apartment in the middle of the night so it was scary enough that I couldn’t go out or even go to the bathroom. I faced some scary situations on my way home from the subway station. Paris was that kind of a place for me.

My experience was not marked by things like the Arc de Triomphe or the Seine. I was swallowed up by the atmosphere, and my energy was gone. When I finally got to go to Lyon, when I got on the subway, one of the two big bags did not fit through the ticket gate. So, I was disgusted with everything. “Oh no, no!” In the end I returned to the apartment without taking the train to Lyon.

Mr. Mark Alix, who was the general chef of the Sofitel Group, also told me to come, but I couldn’t bring myself to go, so I canceled without a word. I could not go home right away so I lived in an attic room in Paris while working part time at a roastery specialty shop or bistro, but I couldn’t say anything and it didn’t go well. In the kitchen, they could not even remember the simple name “Tani” and instead called me “Sashimi”; and we would get into fights over it.

The France of my dreams that had been created thanks to the kind Mr. Pachon was nowhere to be seen when I first visited. Before arriving I had intended to stay in the country for ten years, I just barely made my way, travelling most of the time, for two years until I went back with my tail between my legs. I felt a sense of frustration I had never experienced until that point. I was worn out, pathetic. It was all the more reason for me to admire the famous Japanese chefs who traveled to France in the seventies to pave the way for their successors. 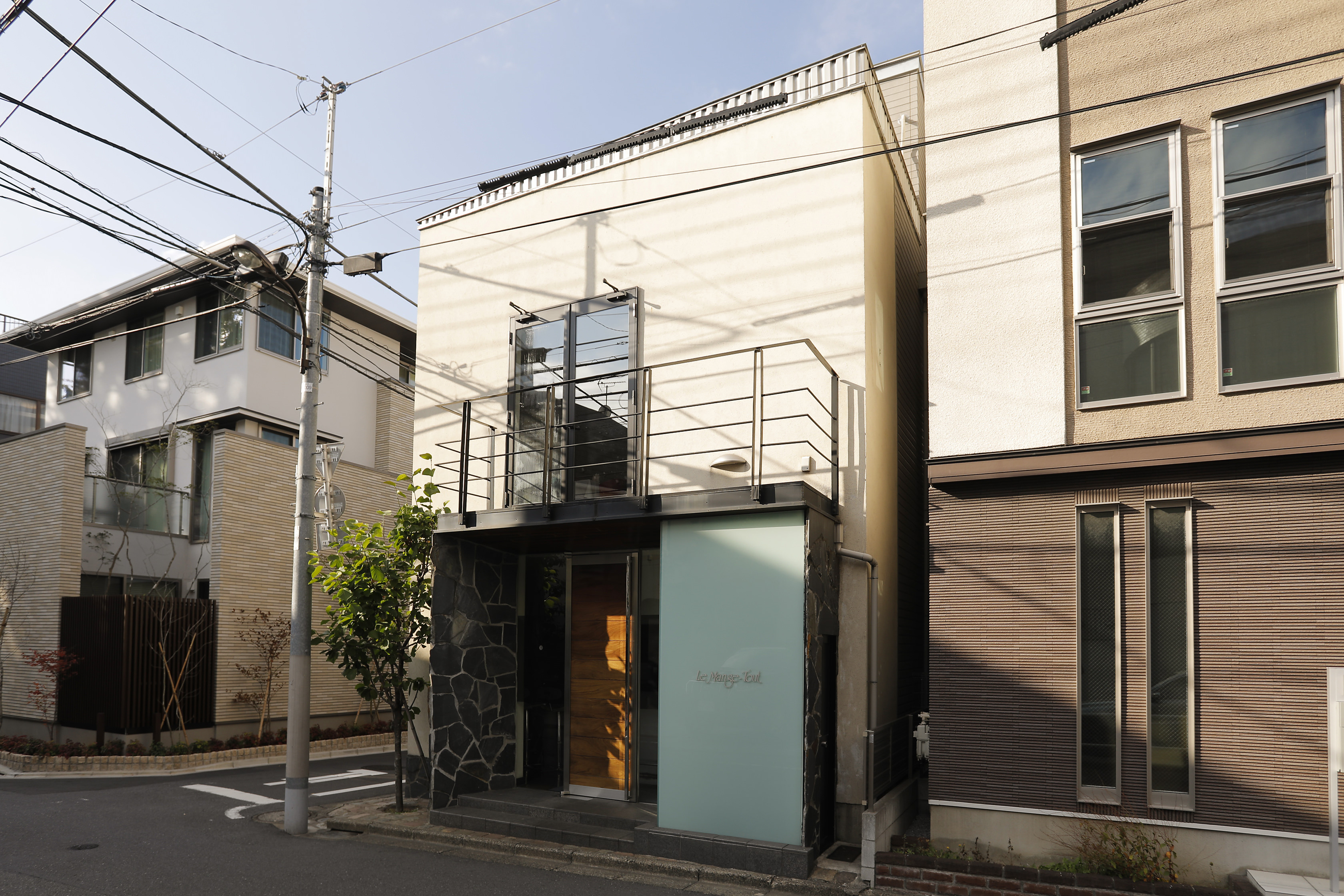