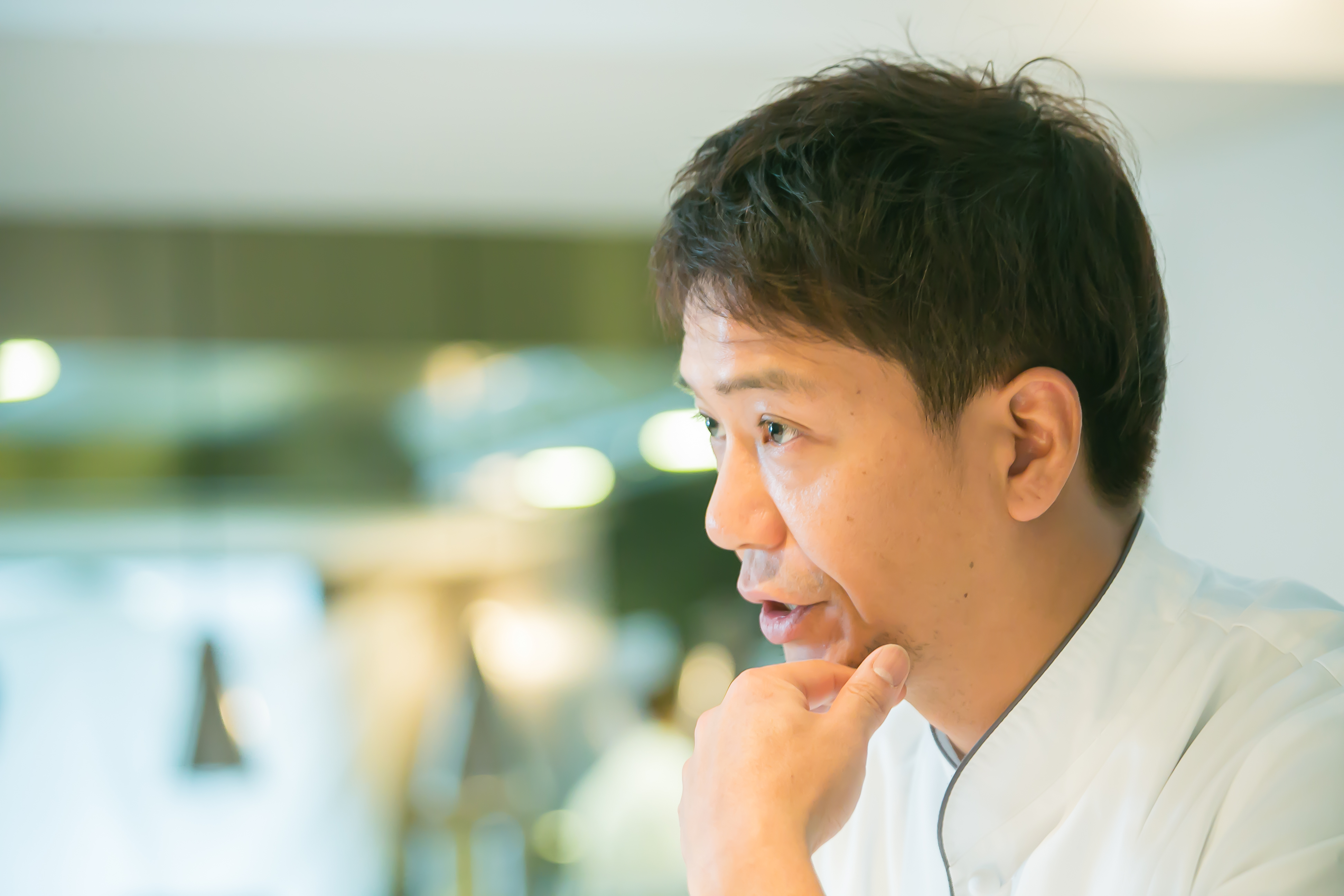 Going independent after the return. Clear decisions on what to spend the money.

You managed to find a place to train in France, without having any connections? After your return, how did you manage to open your own restaurant?

Mr. Nakata:
I worked at “La Cloche” in Yodoyabashi again, half a year as a sous chef, and then 3 more years as a chef. I was looking for a change in my surroundings and my treatment at the workplace, and decided to go independent. In 2007, I opened “Accueilir” in Nishitenma. Since there is a large cost associated with opening a restaurant, I was creative in distinguishing what to spend the money, and selected high-quality items for things that customers use, and went to ￥100 stores for things only the staff use. Being the first time to have my own restaurant, I remember everything being so exciting. I was so happy to just be at the restaurant.

Why did you move from Nishitenma to Fukushima?

Mr. Nakata:
It had been 5 years since we opened the restaurant. The business was steady, and I began thinking how I wanted to work where I grew up. I was concerned about the length of commute, and the staff turnover rate. Initially, I was considering a property in Toyonaka, where I grew up, but I was not able to find the set-up I wanted. I expanded the search area, and coincidentally came across the current property. It was still under construction at the time, thus it was great that I was able to put my input from the start.

It ended up being in an unlikely location, but I was not worried at all. The customers will come, even if it is in a slightly inconvenient location, if the restaurant offers great food and service. I sincerely believe that. 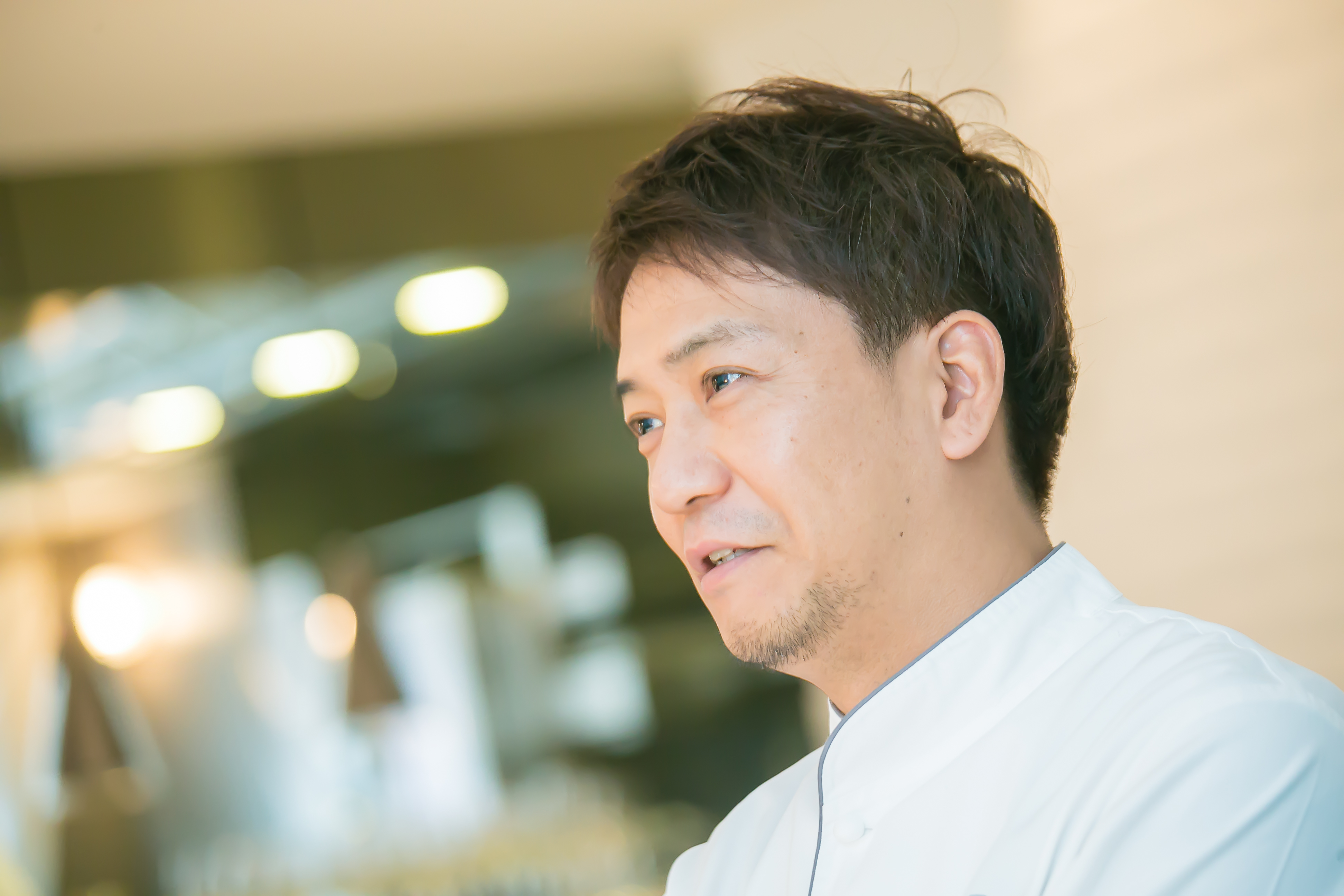 Introducing the concept of serving “just made” and “hot” dishes in French cuisine. In order to realize his particularity.

Point’s unique feature is a completely exposed, fully open kitchen. What was the reason for this?

Mr. Nakata:
Initially, I did not intend for it to be this open. I had planned to have an open kitchen, and the designer searched for many examples from abroad as well. As a result, we decided, “if it is going to be open, it might as well be fully open.” However, because everything is visible from the customers, we limit the number of things in the kitchen during business hours, in order to prevent appearing disorganized and exposing our behind-the-scenes operations.

Furthermore, this open kitchen is great for realizing what I want. I am particular about serving hot foods hot, and cold foods cold. Since this kitchen is very close to the dining area, I instruct the servers to carry the food to the table immediately after plating. Japanese people particularly prefer food in “just made” condition. For example, piping hot Miso soup and coffee, or ice-cold beer. On the other hand, in France, patrons will be angry that “it is hard to taste.” I got an impression that because they are not as particular about food being served in “just made” condition, more time could be spent on plating. This is simply a difference in culture and preference, and I think we shoud appreciate environment where we can expect to enjoy food in “just made” condition. I have regulars at the restaurant who are French, but I do not make exceptions to serve the food in French-style for them.

What should one do to grow as a chef? What does one need to consider?

Mr. Nakata:
First and foremost, I think it is most important that he/she thinks “I want to make this,” or “I want to do this too,” when looking at books. For example, proactively asking “how is this made?” even for staff meals, trial dish, or dishes made by the senior chefs. I learned by repeatedly having things shown to me or doing things with my own hands. During training, I often studied on my own by looking at specialty cookbooks. I went to many restaurants in both Japan and France.

What is your dream as Chef Nakata?

Mr. Nakata:
I would like to open my own restaurant in Paris. During my training, I had to return to Japan before I turned 30. Since then, I have been wanting to go back to France, but I have not been able to, amidst opening my own restaurants.
In order to foster cohesion as a team, every staff is an official employee. Ideally, every staff should be able to cook every dish. 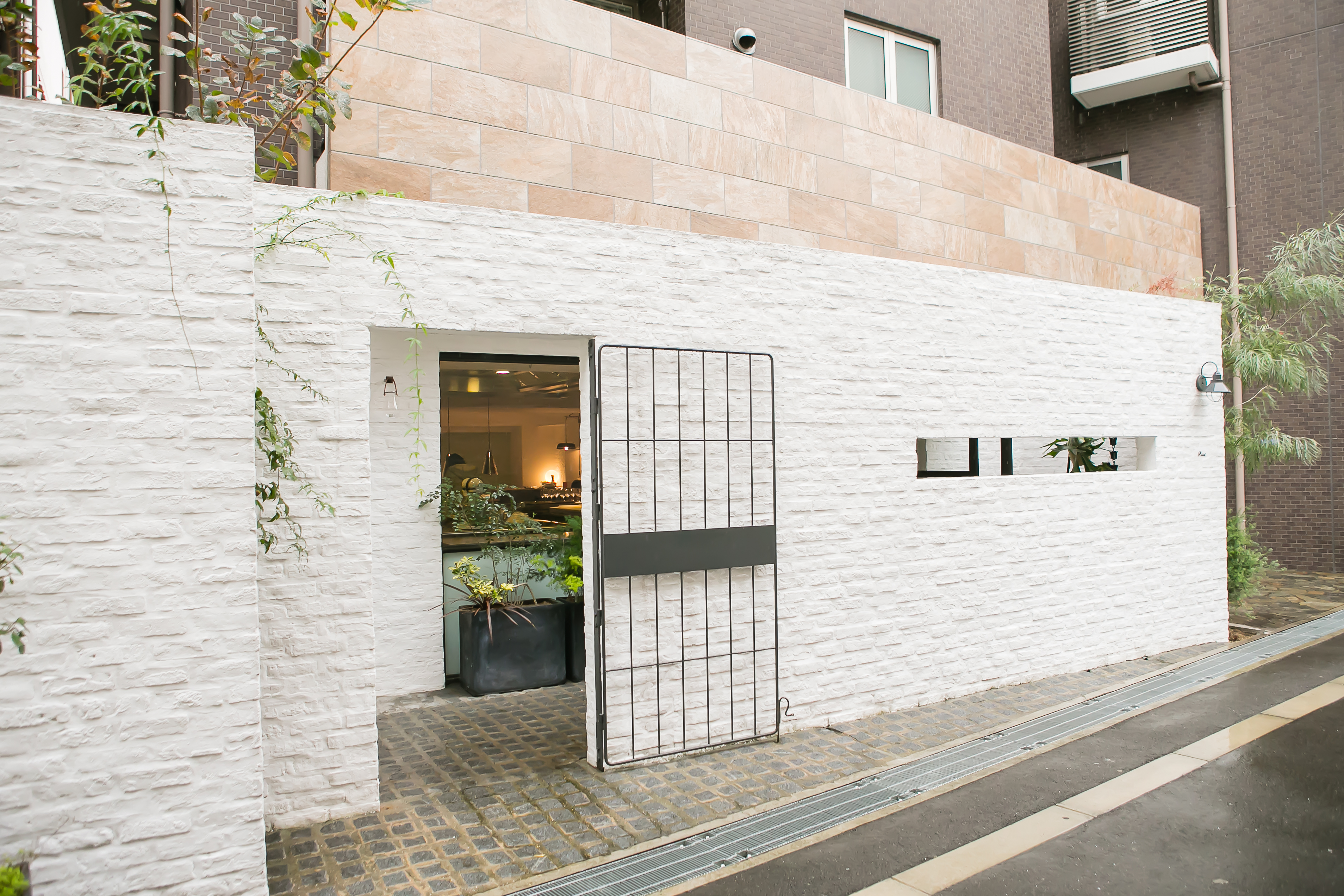