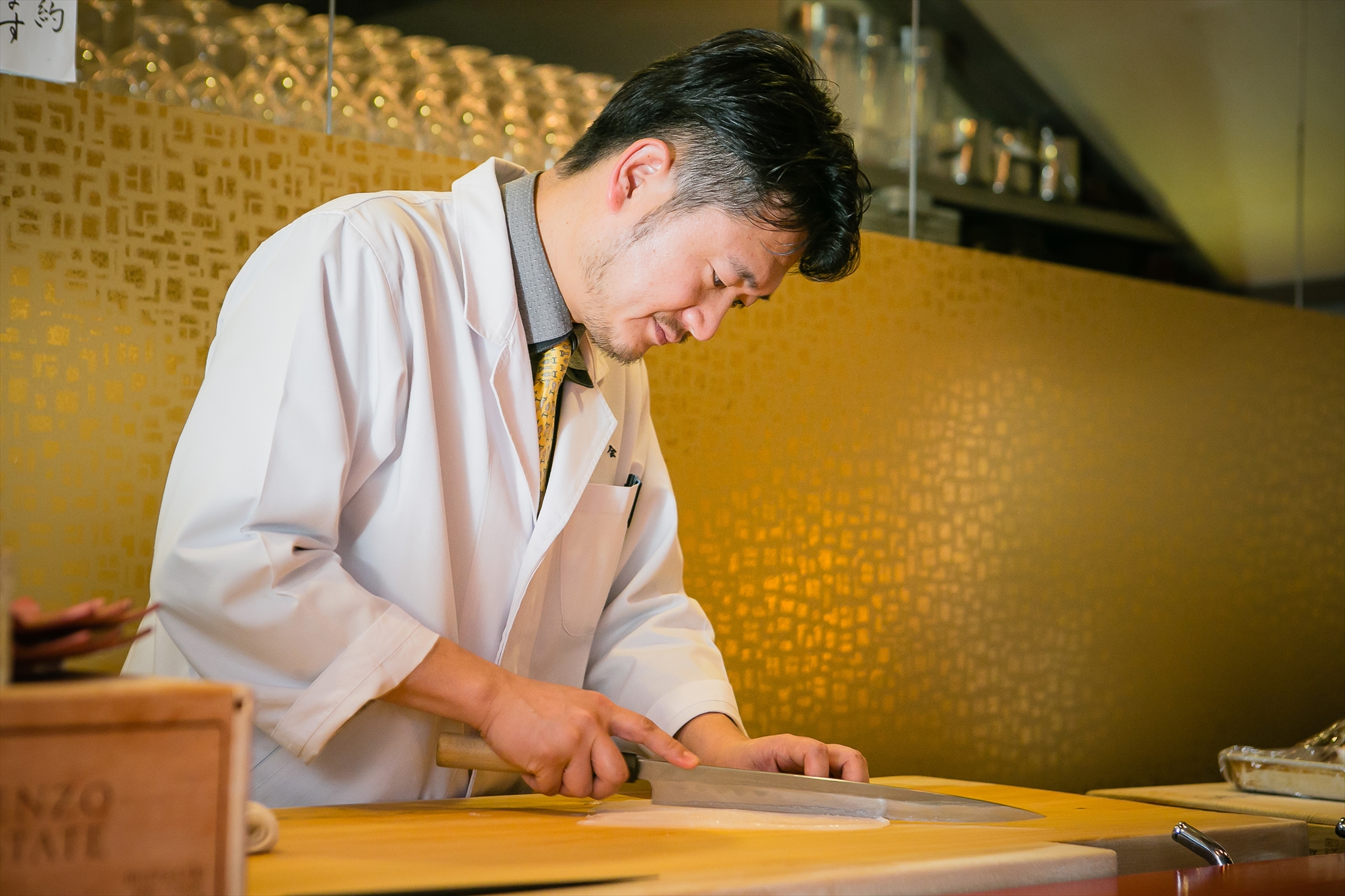 It is about a ten minute walk through a residential area to get to 'Toyonaka Sakurae' from Shoji Station on the Osaka Monorail. The first thing that hits you as the elevator doors open is the unique exterior of the restaurant - even the elevator doors reflect the design. The rich and tasty aroma envelopes you as you step inside the restaurant. The black counter seats are chic and the tables in the personal banquet rooms are bright red. While this environment creates an atmosphere of escape that is easy to acclimatize to, it also holds an extraordinary sense of togetherness. Even a person visiting for the first time can enjoy the food at this relaxing restaurant where you can just be yourself.

This restaurant is led by chef Kenji Mitsuda. Mr. Mitsuda studied under Mr. Masuda of the 'Kaiseki Tea Ceremony Cuisine Masuda' restaurant, and then went on to further polish his skills at 'Nadaman' in Tokyo.

While the cuisine that Mr. Mitsuda makes is a breath of fresh air, it also respects the foundations of Japanese cuisine. Just what is it that inspires him to create new ways of cooking? I casually asked this very question to the broad-minded chef himself. 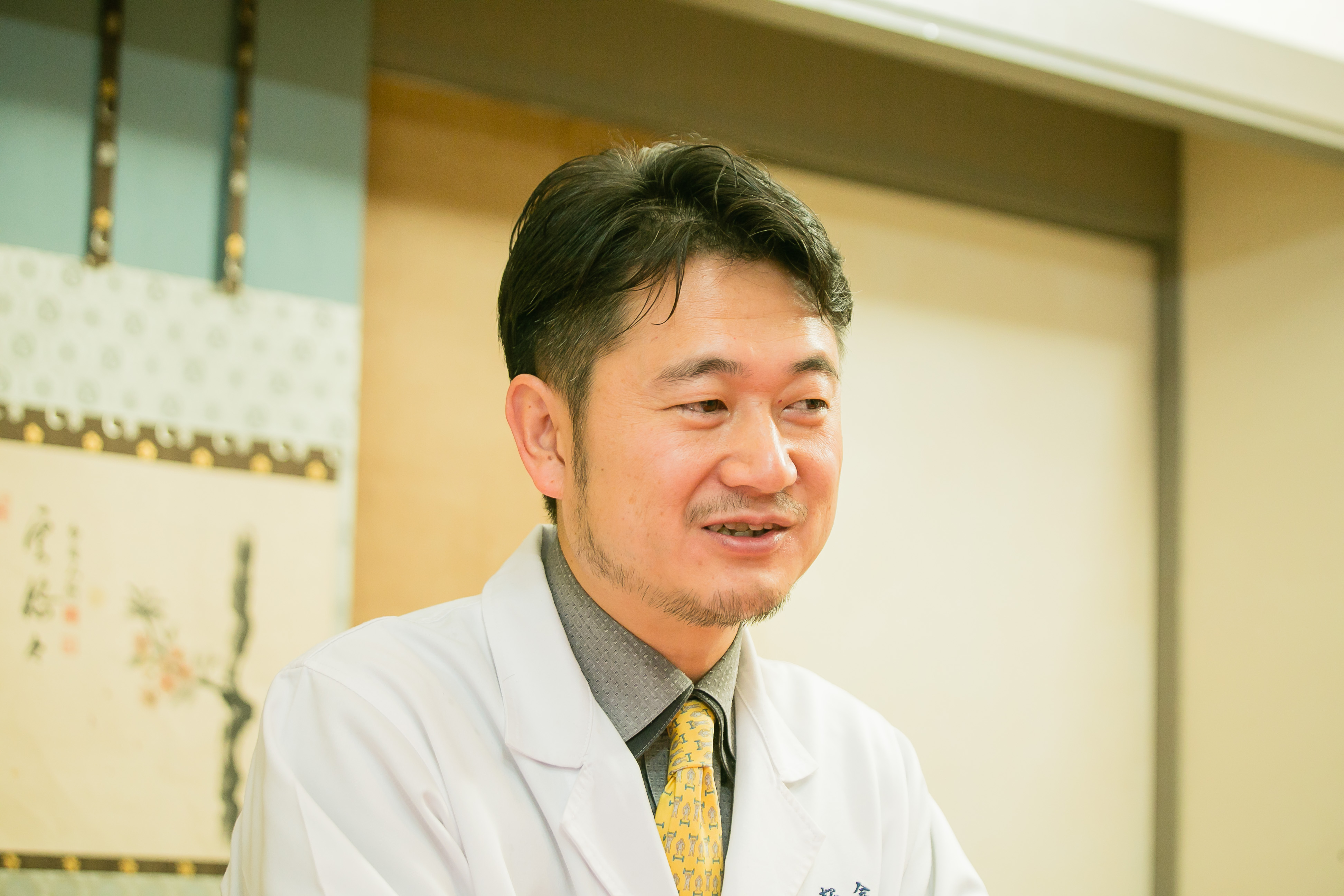 I had no interest in becoming a chef.

Mr. Mitsuda:
When I was a child I was a really fussy eater. I was the kind of child who would be left eating while the other kids started the cleaning period. First and foremost, I hated anything to do with meat. I didn’t even eat most of the food that my mother made for me. I started to look for dishes that I could enjoy eating when I was a fourth grade elementary school student.

At first all I could do was cut up the ingredients and fry them. But my repertoire soon increased to yakisoba (fried noodles) and omuraisu (omelet with rice). It got to the stage where I was starting to experiment with things such as adding stock instead of water, etc. I used to try and reproduce the flavor of dishes that I had eaten in restaurants – I am very good at remembering flavors. But at the end of the day, the main reason why I was doing all this was cooking things that I could actually enjoy eating. I never inspired to be a chef at all. Though, I have to admit the feeling I got when the food I cooked for my sister and her friend was highly praised was unforgettable!

What triggered you to enroll at Tsuji Cooking College after high school?

Mr. Mitsuda:
My friend was doing a trial enrollment there, so I went to Osaka to join him.  While I was there I learned about their system of living and working at the school in order to help pay for school fees. I didn’t have any plans to go to university, and if I went to this school via this system then I thought I could live alone without being a burden to anyone. I decided on enrolling without even discussing it first with my parents.

Mr. Mitsuda:
I worked dusk till dawn. I was the one at the back during classes catching up on sleep. I worked at an izakaya, a Japanese-style bar. There were around 7 or 8 other students from Tsuji Cooking College working there too. Only 1-2 of those were in the kitchen though, everyone else was put out into the eating hall to work. I also started out in the eating hall – I was a bit jealous of those in the kitchen. But I must have impressed someone as I kept getting promoted. I was promoted to ‘Lead Drink Maker’ at first. This involved making drinks for everyone alone – it was hard work as there were around 300 seats in the  izakaya. I then got promoted to showing arriving customers to their tables. This was a job where I had to be constantly standing at the entrance and yet also be aware of which tables were free. Due to this I soon found myself taking customers money at the cashier desk too. I wasn’t even a regular member of staff and yet I was allowed to handle the cashier. All I had to do was stand and take people’s money though – it wasn’t a hard job to do.
“He has a bad attitude and needs to sort out his appearance”, said one person during the company entrance ceremony. But they ended by saying, “You’d better come and work with us!” Haha 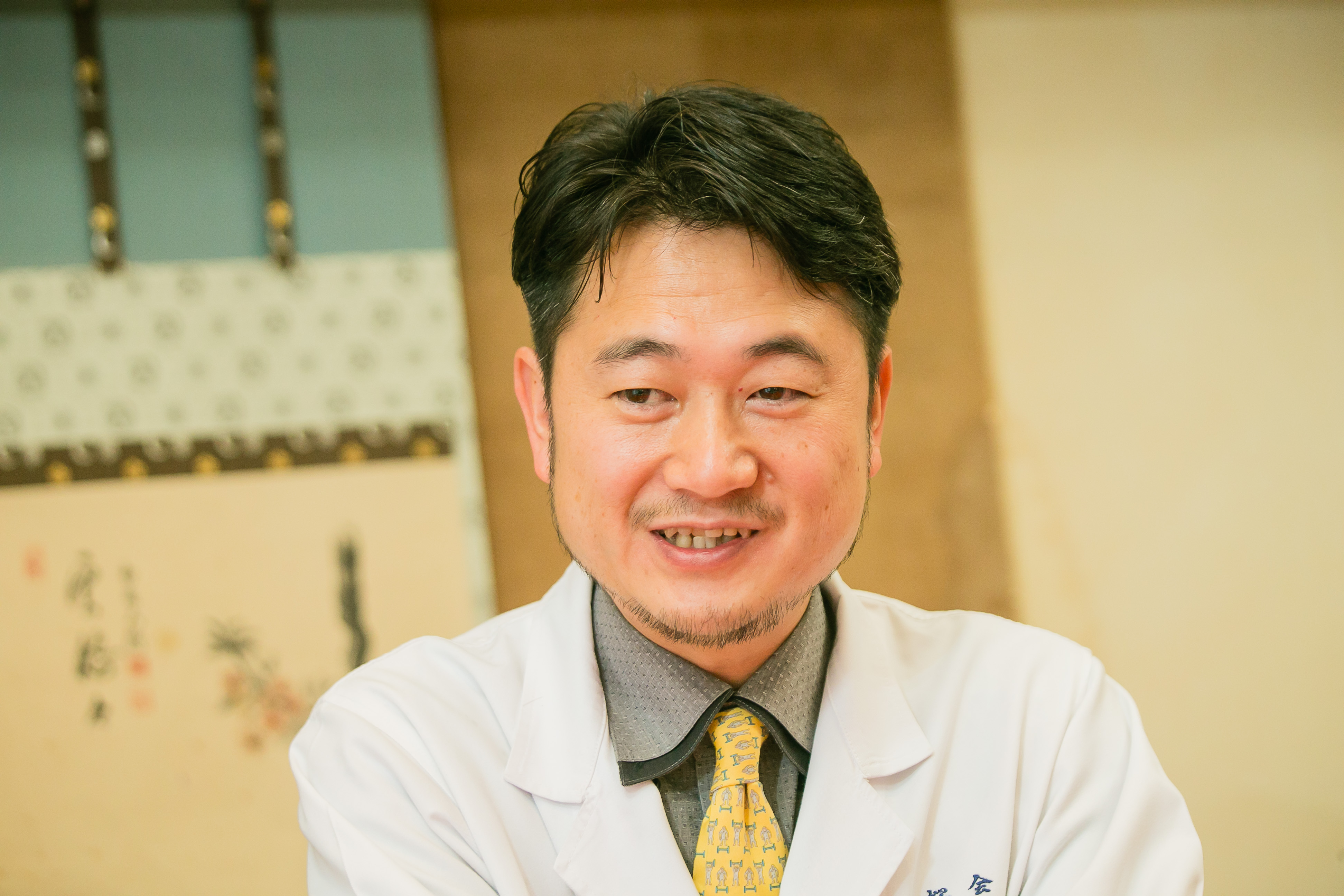 The training period where he gained experience in inventing new ideas.

What was your training period like in your first job after graduating?

Mr. Mitsuda:
I struggled to secure a job after graduation. I spoke with an acquaintance who also attended Tsuji Cooking College, they introduced me to a restaurant in Kita-Shinchi. But I couldn’t get that job either. They then introduced me to another restaurant, this time a seafood restaurant. Somehow or other I managed to secure a job there. It was at that very seafood restaurant that I met my mentor – Mr. Masuda, the owner of ‘Kaiseki Tea-ceremony Cuisine Masuda’. He and his father are both very unique people. I’m still in contact with them both. People told me that this industry is tough and that the training period is full of knocks and pushes. But I never experienced anything like that with them.

Don’t get me wrong – I still had a hard time. But alongside the hard times I also experienced kindness and a sense of fun. I started out at the bottom of the ladder washing dishes, and I slowly climbed my way up.

What kind of mentor was Mr. Masuda?

Mr. Mitsuda:
He tended not to interfere with other people’s jobs. He was strict on the basics and foundations of cuisine, but he allowed you to make it how you thought best. I always describe him to be something like a ‘big chief’. Instead of punishing or scolding me, he allowed me to creatively get on with my work and grow by myself. He was a very laid-back kind of person.
But you later went on to work for ‘Nadaman’, right?
Mr. Mitsuda:

I decided to work for ‘Nadaman’ as I wanted to test and push my abilities further by working in a restaurant with a lot of customers and staff. Around the same time, the then Head Chef, Mr. Komei Nakamura, appeared on the TV program ‘Master Chef’, as the master of Japanese cuisine.

I was lucky enough to gain experience at Nadaman during the time of the TV program. Ingredients from around the world were gathered in the kitchen to – via trial and error – create the best cutting-edge cuisine. Each restaurant took their final dishes to Mr. Nakamura, and the ones that he accepted were introduced on TV. There was no set budget in this competition – we had the complete luxury of being able to use the very best ingredients available.

I originally preferred classic Japanese cuisine over anything new. However this competition experience at Nadaman helped me to start to think differently. New cuisines and new ingredients could be a positive rather than a negative. This was the point where my opinion of what Japanese cuisine was changed.

As I began to work more with ingredients from around the world, I found myself discovering many ingredients that I didn’t even know existed. I taught myself about world cuisines such as Italian and French. It was a time when I learned a lot about many different things.

Some of the dishes I created when I opened my own restaurant were somewhat copies. Instead of specializing in Japanese cuisine, I ended up just adding cheese or foie gras to everything, or turning everything into a truffle. In the end I believe there was a reason behind everything I had learned in the past, though. I learned that you can’t just force things together and expect them to taste good. Even if you play with the things you have, you will end up going back to where you came from eventually. So I decided to do just that – to go back to basics and pursue the foundations of cuisines instead of just forcing ingredients together. This was the start of another lifelong struggle! 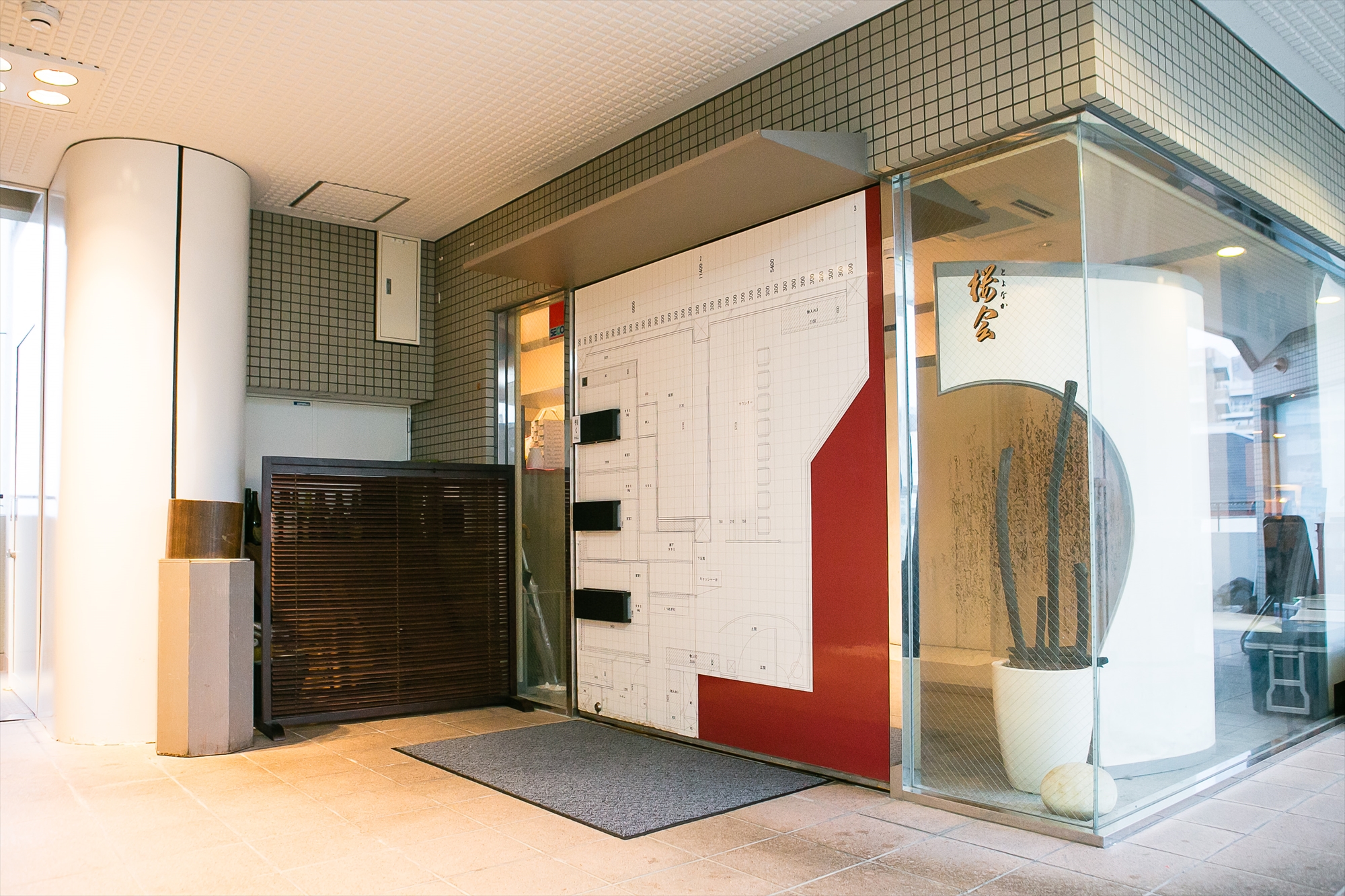