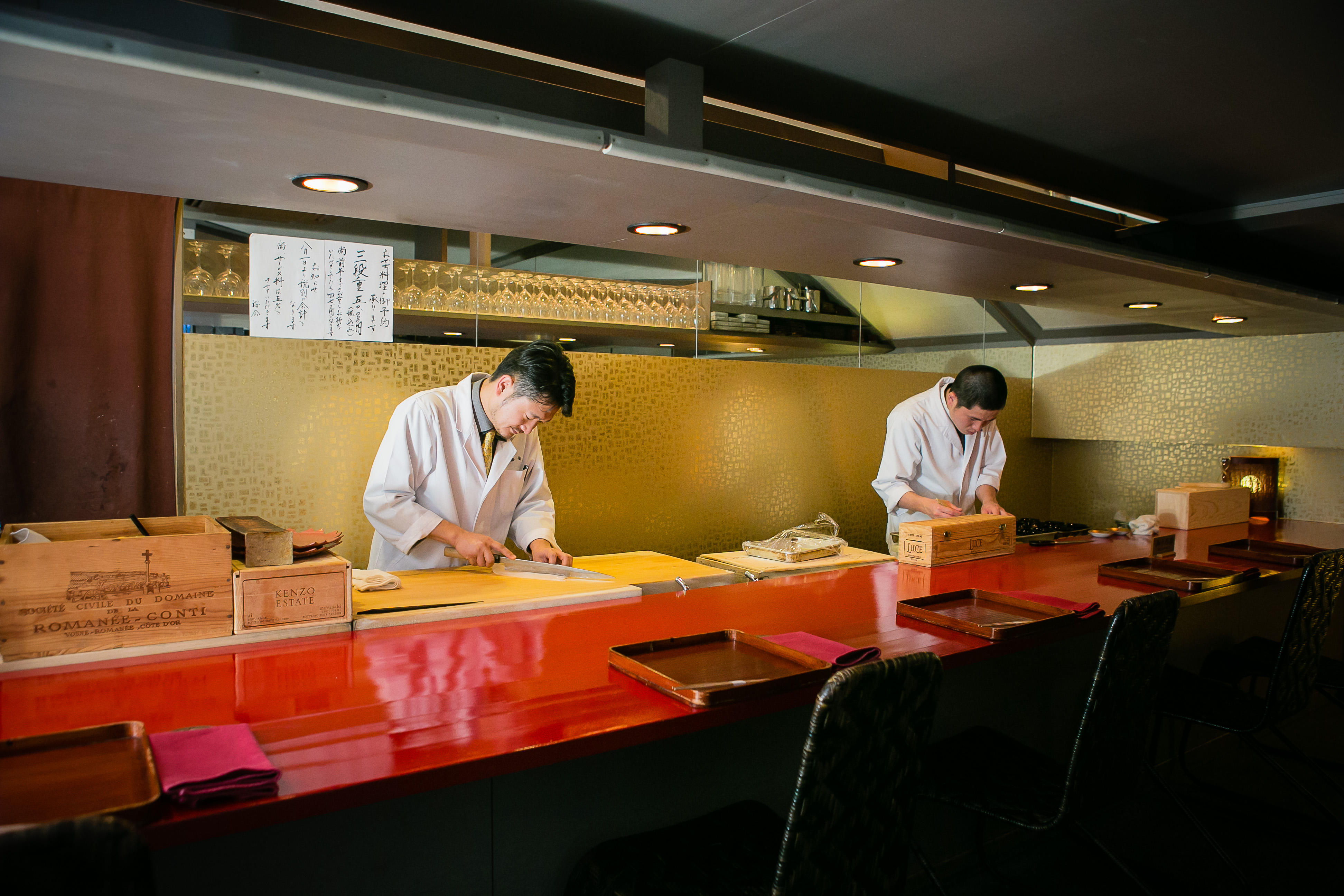 The desire to make cuisine that people remember.

Do you have any dreams or aspirations for the future?

Mr. Mitsuda:
While in Japan, I would like to think of dishes that I could introduce to the world stage. But ultimately, my dream is to have the dishes that I have invented handed down through generations.

Heirlooms or secret recipes are quite common, right? I don’t have anything like that. Absolutely anyone can think up a recipe. What I can do is step forward and give advice. Try it! – If nobody tries anything new then new things won’t emerge. I want to put everyone’s ideas, intellect and skills together so combined, we can make something special in the future.

I also want to contribute what I can to improve the overall state of the industry. I am aiming to achieve an environment where it is easy for me to pass down any new information or ideas to other generations. Historically, the majority of ideas that have been handed down through generations are quite simple. After all, it’s hard to pass down things that are too complex. I want to create recipes which others want to try out for themselves, and which also make an impact on Japanese culture.

Mr. Mitsuda's stance is very clear - the flavor of what something should taste like is already in his head. He tackles ingredients face on and sharpens their potential while moving towards the taste he has in his mind. These methods make him similar to that of a researcher.

The very first time I met Mr. Mitsuda was at a Japanese sake breweries workshop. He came across as an academic person who spoke in a coherent and polite manner about what breweries, students, Japanese cuisine chefs etc were seeking from Japanese sake and how it should be handled.

Mr. Mitsuda is aiming to create recipes that become Japanese food culture. We are looking forward to seeing that day.