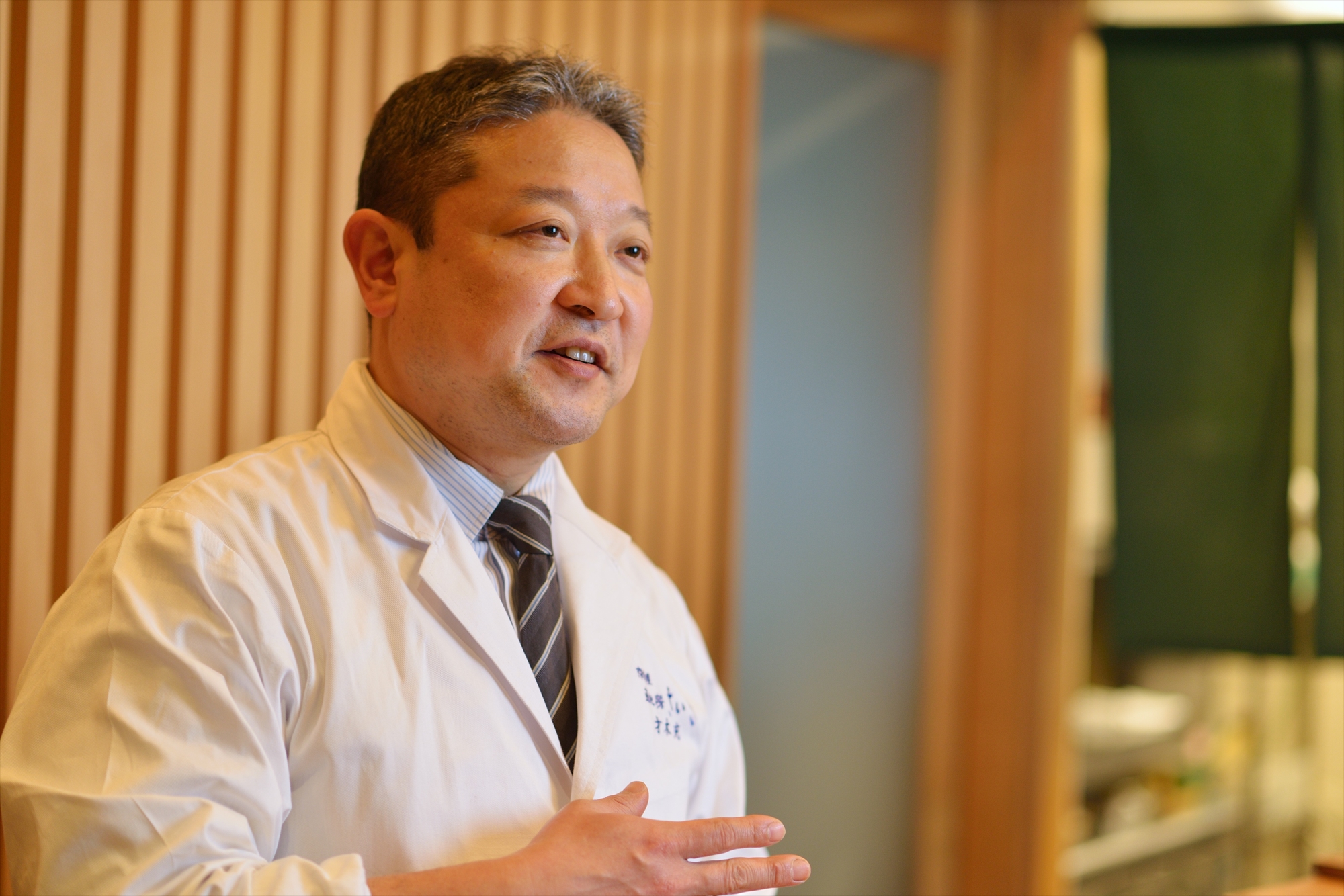 “Jikishinbou Saiki” stands in a quiet stone-paved alley, much closer than Yasaka Shrine.
The master chef of the restaurant is Minoru Saiki, the 3rd generation chef of “Saiki-ya”, a long-established restaurant with over 80 years of history. In 2009, he moved his previous restaurant from Horikawa Kitayama to its current location and renewed the store design as well as his style of cooking. Since 2011, he has received 1 Michelin star for 6 years straight. In the interview we asked how he overcame the struggles of being the 3rd generation chef to establish his own style, as well as the necessary mindset of being a chef. 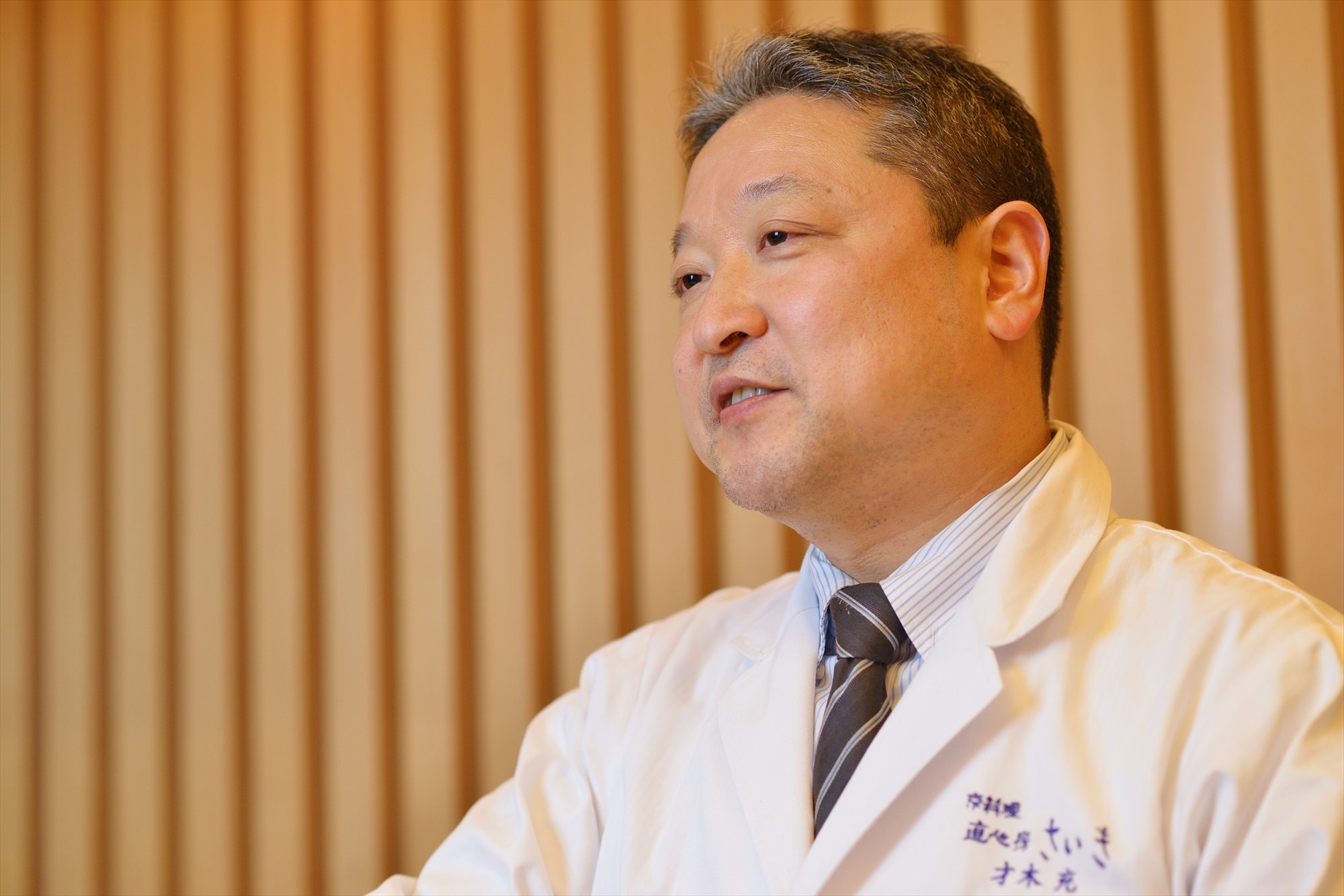 Seeing his parents struggle, he used to avoid the world of cooking

As the 3rd generation of a long-established restaurant, when did you start thinking about succeeding the restaurant?

Mr. Saiki：
Actually, I didn’t want to become a chef. When I was a child the restaurant was my house and seeing my father come home every day in his work clothes and my mother struggling to support him, I did not want to work at a restaurant, let alone become a chef. Since I was in elementary school, they asked me to help around the restaurant when it got busy. I hated that because I wanted to play with my friends.

So when I was looking at which high school to go to, I told them I wanted to leave the house and go to a boarding school. I told them, “I don’t want to walk on a path laid out for me without thinking. I want to see the outside world once”.

So I got into a high school in Gifu. It was a good place to learn moral education. Students from 1st to 3rd year lived in the same room and they taught us about hierarchy. They taught us basics of life such as saying hello to others, respecting the elders, and being grateful for what you have. My parents grew up in a time when people started to oppose such teachings, so it was quite hard. But I think it is something Japanese people of today must learn about the most. It gave me an opportunity to think about basic ideas like, what it means to work. If I did not attend this school, I might not have become a chef. Those 3 years were very valuable to me. 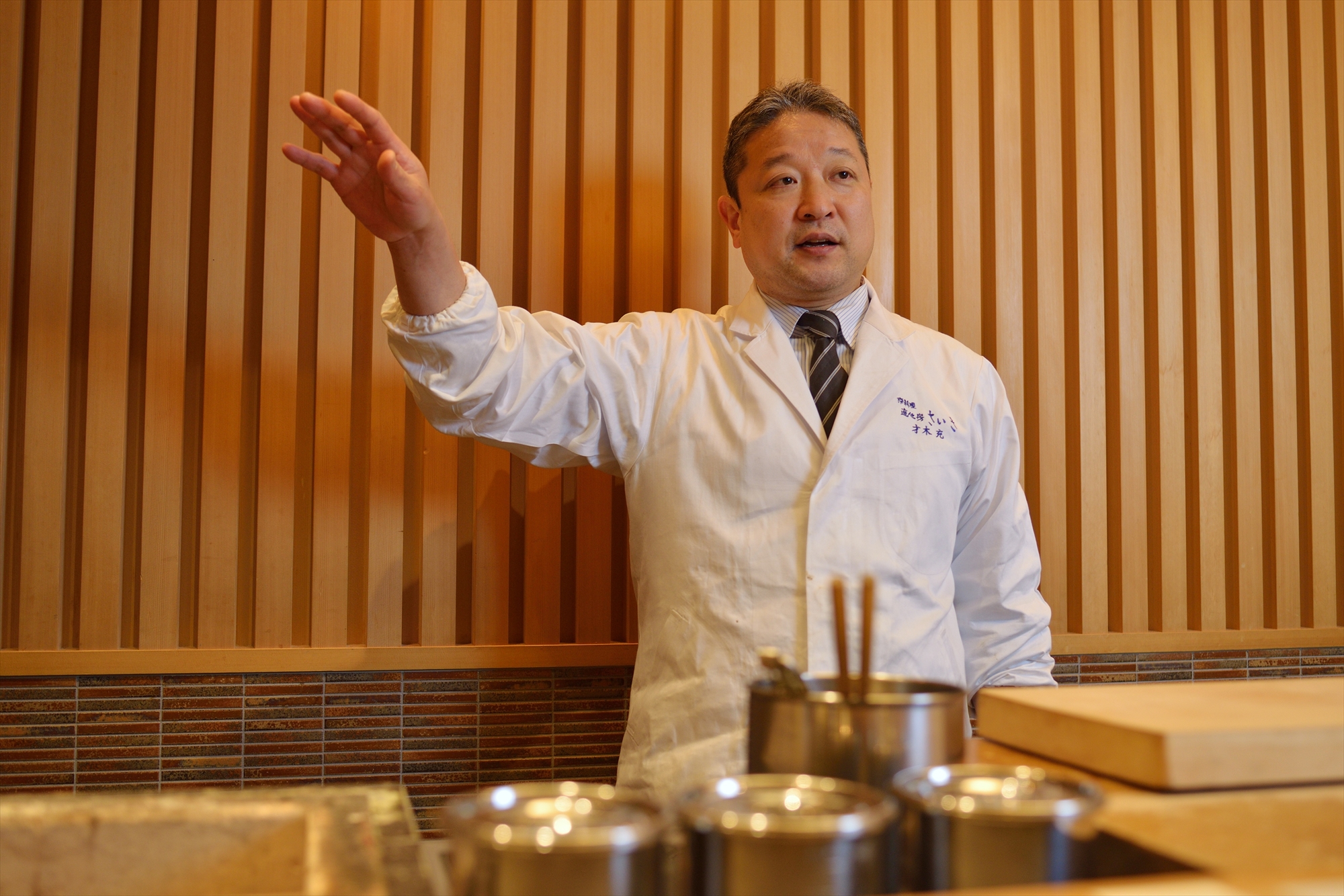 Receiving the baton from my father, who had no choice to give up his dreams

What were you planning to do after graduating high school?

Mr. Saiki:
As I said, it was a pretty strict school, so there were many graduates who were CEOs of major companies. Many of my classmates got jobs at famous companies too. Also, we had the benefit of having a teacher around at all times to help us with our studies, so there were many people who went on to universities too.

Then he recommended college for me. My father, he always dreamed of becoming a reporter for a newspaper company. After graduating from a famous high school in Kansai, he had a recommendation to the school of political science and economics at Waseda University. However, my grandfather said to him, “Are you leaving your family behind?” So my father gave up his dreams and decided to work as the 2nd generation of “Saiki-ya”. In those times, you just couldn’t go against your parents. And my father grew up watching his father’s establishment, so he probably couldn’t leave the house. Perhaps that’s why he gave me the choice to choose my own path.
I think it was around the end of the first term of my third year in high school. He came out all the way to Gifu from Kyoto. My father made friends in college and what he learned there became a great asset for him, so that’s probably why he recommended it to me as well. 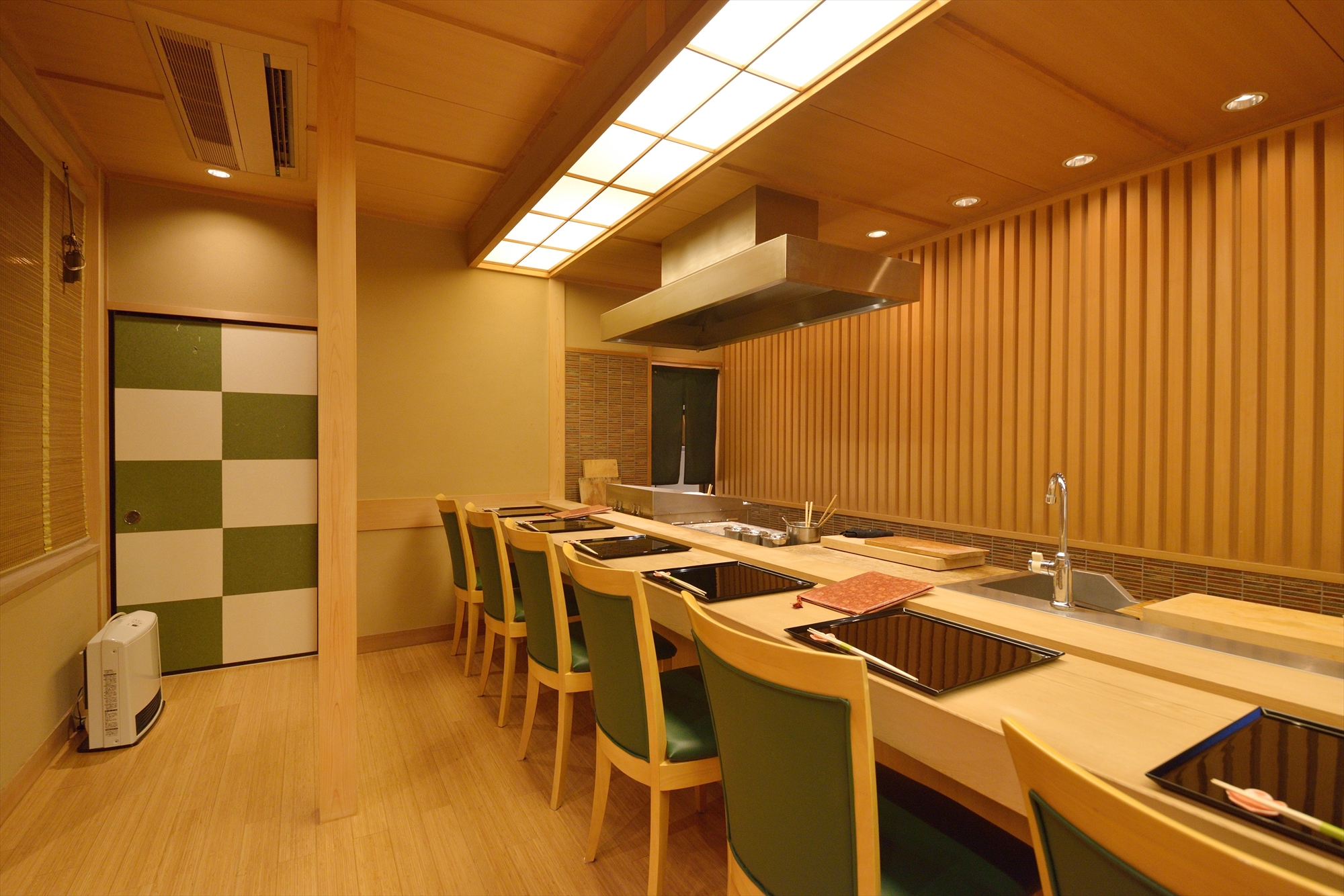