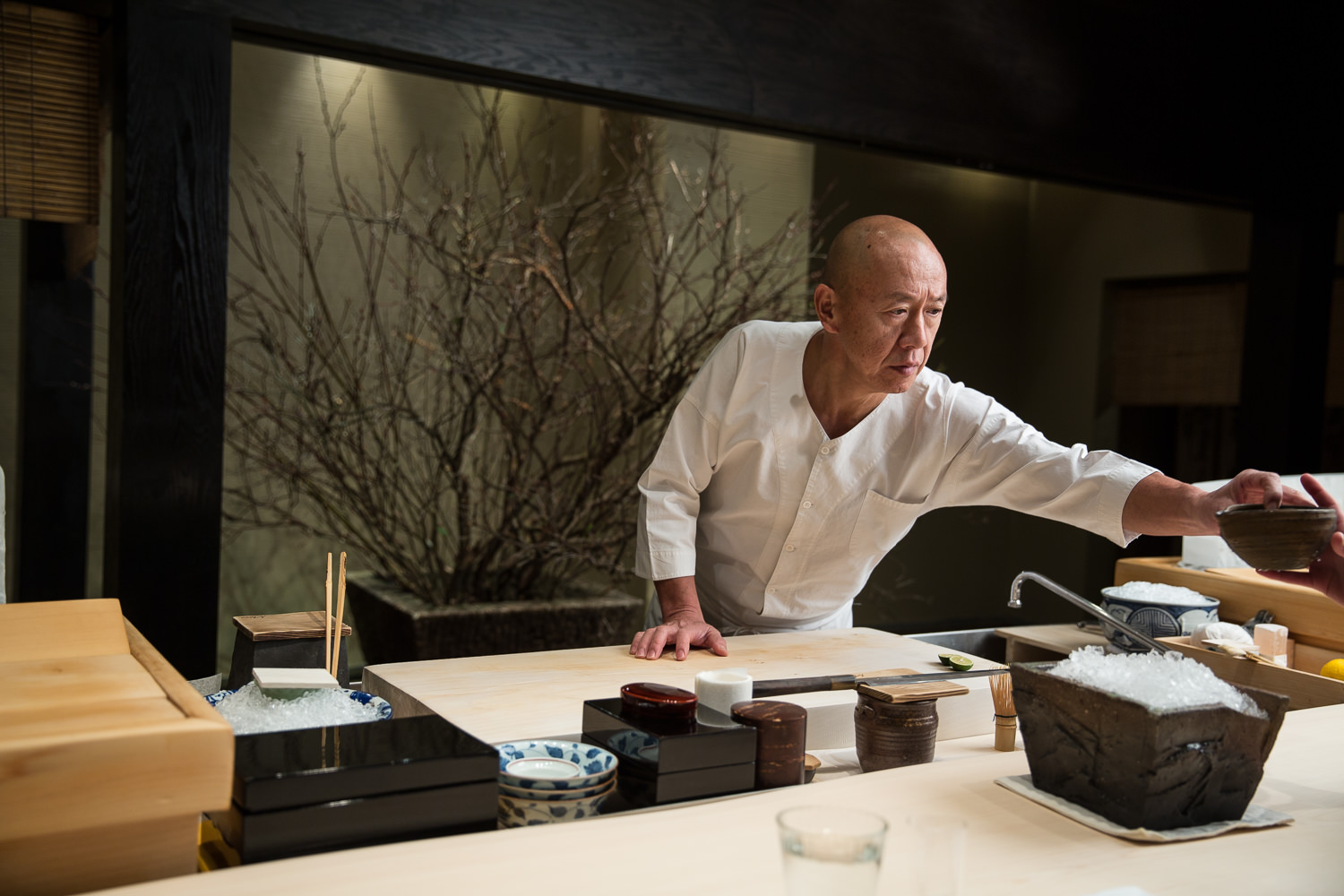 Establishing his own original style in Beverly Hills, where celebrities get together

From then, you moved your restaurant to Beverly Hills, right?

Mr. Takayama：
Yes. In fact, in the 1992 Los Angeles riots, the area around my restaurant, which was in the downtown, took damage. Besides, the Los Angeles economy itself had also cooled down.

At that time, the rent on a property in Beverly Hills, which I had been interested in for a while, had become less than half of what it had been before. It was a good location, so I decided to move my restaurant there.

Did the clientele change when you moved to Beverly Hills?

Mr. Takayama：
Yes. It changed completely. Of course, even in the downtown restaurant, at that time there were no other restaurants besides mine that brought in fish directly from Japan, so a lot of people who could be called celebrities were coming.

However, in Beverly Hills, the heart of Hollywood, there was an overwhelming increase in the number of customers related to the movies. It was mostly people from the area. At that time the economic bubble had burst, so there were almost no Japanese people.

And with customers related to the movies, there were, after all, lots of people who had restrictions on their diet. In a group of customers, usually about one person would be a vegetarian.

With that kind of customer, they will not eat fish. But we have to do something, right? So I tried a variety of different things. There was sushi made from broiled Shiitake mushrooms that the great second generation master of “Sushi-ko” had thought up. I served that, and I made sushi from broiled tofu skins or vegetables. 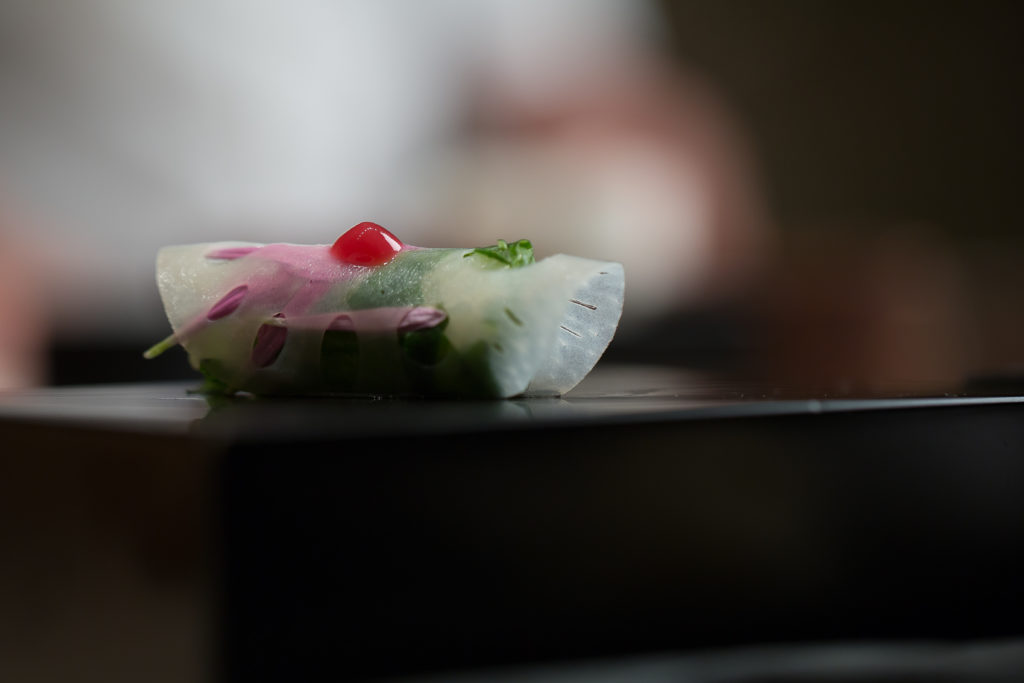 Oh, and I wanted my foreign customers to find the food delicious, so I changed the sushi vinegar as well.

Originally, we made Edomae style sushi, so I ordered red vinegar and used that, but it seemed that foreign customers found this hard to eat, that they felt that it had a strong and peculiar taste. In the beginning, red vinegar was a second rate vinegar for common people called “Ostusu,” so, in today’s time period, it might be better to use a more delicious rice vinegar. That’s what I thought, and I switched to rice vinegar.

I even changed the balance of the sushi vinegar depending on the season. In the hot summer season, I made the sourness firmer, and in the winter I would put it in the fire for a slightly long time in order to soften the sourness.

This was also the time when the “signature” specialty menu was created.

There was an Iranian wine merchant, a person whose father dealt with caviar, and when I tried this caviar it was really good. I wondered whether a sushi with caviar could be delicious. What I thought up then was to match it with fatty tuna.

There are a lot of fibers in fatty tuna, so we take that out completely. Like when you cut out only the middle part of the fish, we just take the flesh.

Like with negitoro (green onions and fatty tuna), it’s delicious just rolled up in some seaweed, but I felt a bit of resistance offering this at a high-end restaurant. So I thought maybe you could eat it with some caviar on top of the fatty tuna.

When I did this, the fat of the medium fatty tuna, which did not have a peculiar taste, and the saltiness of the caviar came together to make exactly the right taste. In this way, this was when I became able to freely utilize western ingredients as well. 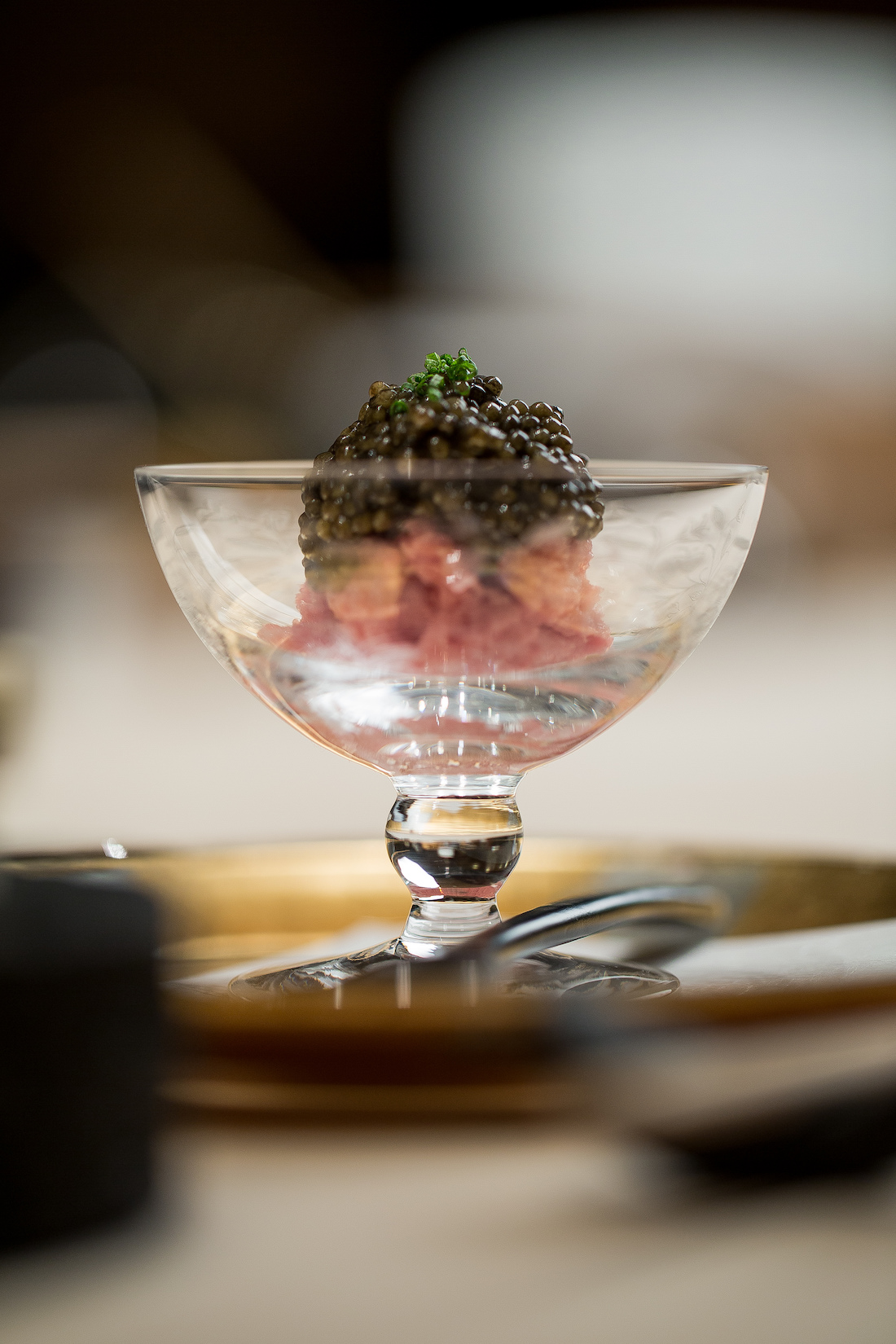 I’ve hardly seen that combination of fatty tuna and caviar even in Japan.

Mr. Takayama：
Also, I began to design my own tableware from this time.

Up until then, I was offering my sushi on an antique collection of dishes, but I’d gotten completely sick of them. At that exact time, I was interviewed for a Japanese magazine, “Katei Gaho,” and when I got a copy of the magazine and read it, on the page before the article on my restaurant there was something on Seika Suga’s dyed works of Kutani porcelain ware.

I liked it, so from the next year I started going to Ishikawa Prefecture two or three times per year. I had them make things that I had designed, and I was introduced to the potter Shoji Izukura, who was really close by, as well as glass-blowers and lacquer artists, so I gradually increased my collection of original tableware.

I am from Tochigi, so when I visited my hometown I would also meet the potters who lived in Mashiko. When I visited an art exhibition, one work really caught my eye.

There was a work in which the artist had used a bamboo spatula to cut a line into a simple vessel. That cut line was really well done. The indentation of the cut was beautiful. The cross-section of earth came out really clearly. It felt like something like “an instant” was contained within that indentation, and I felt that this was really good. I looked up the name of the artist and went to meet him, and then ordered some designs. We’re still in touch even today. It turned into a really long relationship.

Did you make this original tableware because you thought that your customers in Beverly Hills would like it?

Mr. Takayama：
No. It’s not that. I started because I just wanted to use things that I liked. When I had some free time, I would go to get things that I found captivating. Then occasions when customers would praise the dishes increased—”this plate is really good”—so they were being favorably received. That’s all it was. 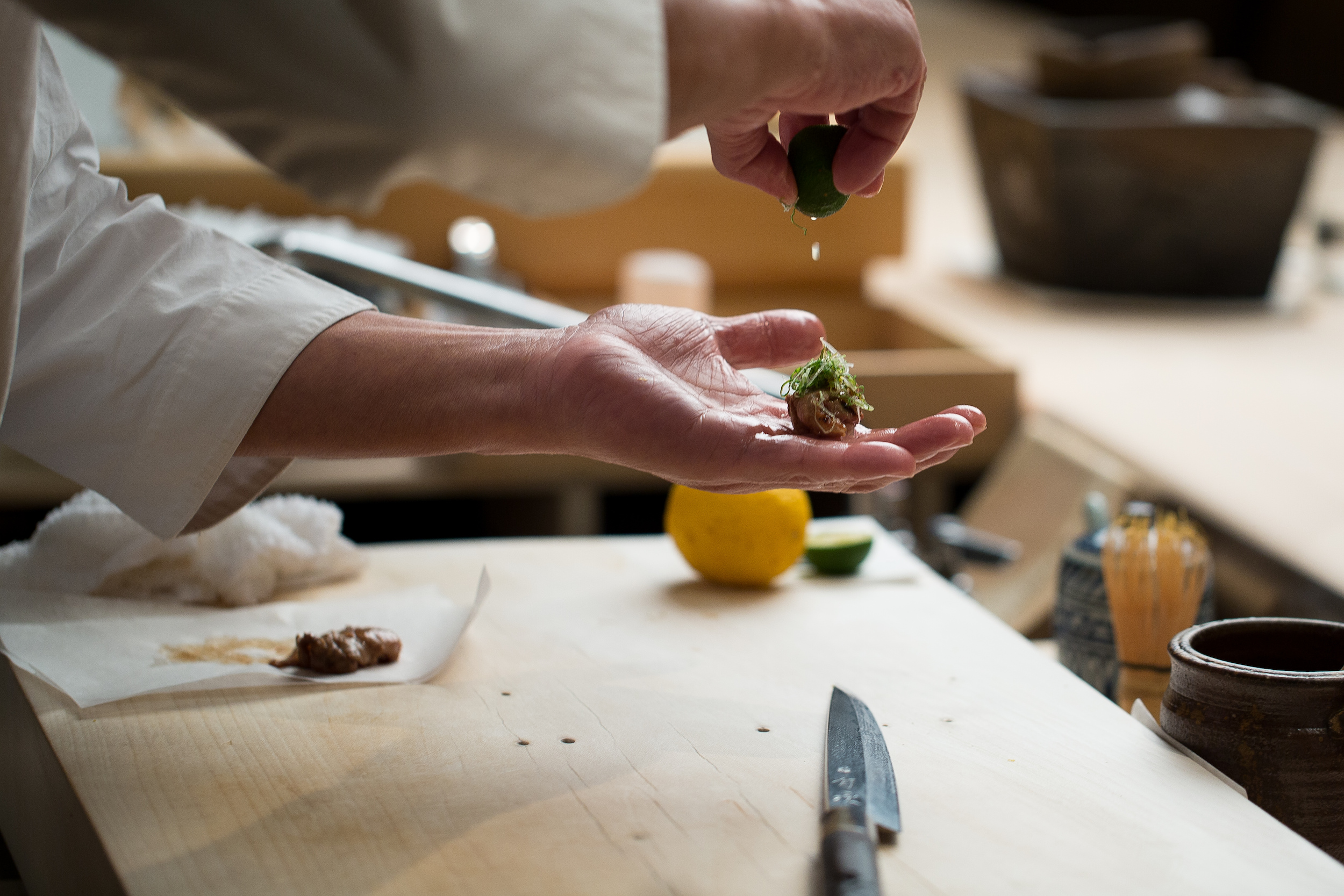