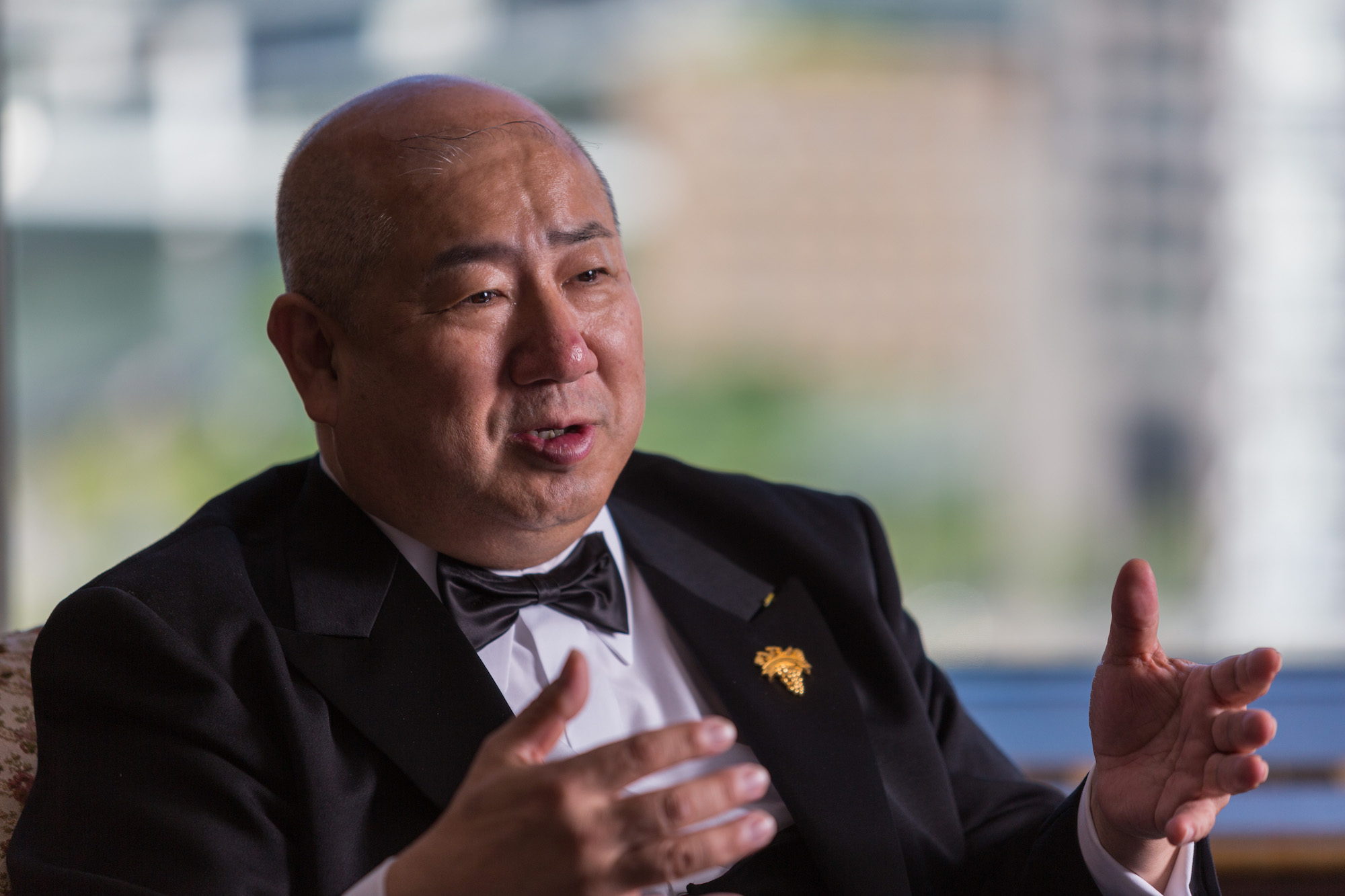 Masaharu Oka supervises sommeliers as Beverage Executive Director at Righa Royal Hotel, a company for which he has worked for 44 years. Winner of numerous sommelier competitions around the world, he spent six years as president of the Japan Sommelier Association, and was made honorary president of the association in 2016. Oka is a Master Sommelier who has been featured in cooking magazines, appeared on television, and delivered lectures as the leading authority in the sommelier world in Japan, where the popularity of wine continues to grow. But Oka first started working at the Rihga Royal with the goal of becoming a chef. We asked him what drew him to the world of sommeliers at a time when the occupation of sommelier itself was still scarcely known, and how he achieved his success as a top sommelier. He also offered up the advice he gives to young people hoping to become sommeliers. 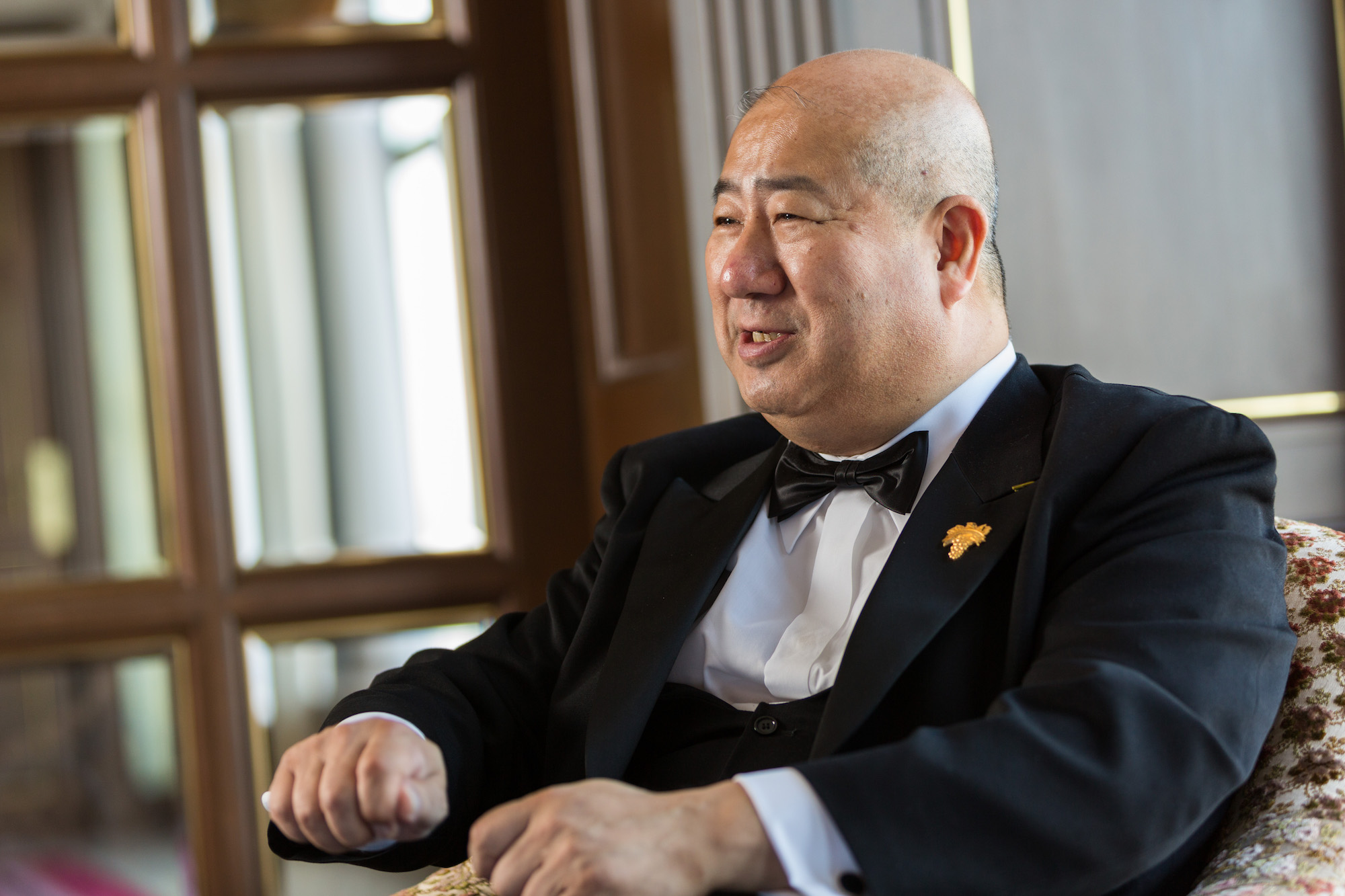 Yearning to be a French chef, the hotel makes him a waiter

What led you to becoming a sommelier?

Oka:
After high school, I started working at Shin-Osaka Hotel, what is now Rihga Royal Hotel, with the dream of becoming a chef. The hotel had opened in 1935, but when I started working there, the new building that is now the Rihga was under construction. It was two years prior to the historic opening of this grand 1,600 room hotel being built in Osaka, when the excitement of Expo ‘70 had just died down.

In those days, there was a huge French cuisine boom. Even on television cooking shows that usually had cooking school instructors wearing coverall aprons on to teach home cooking, suddenly there were chefs from first class hotels, wearing the tall chef’s hat and chef’s coat… that was so cool. I had never even tried French food, but I longed to be a chef myself. French cooking was associated with hotels in general, but I really wanted to work at this esteemed, historical hotel.

So you came in wanting to be a chef because you had this admiration for the French.

Oka:
Sure, but it was clear when I came to the hotel that I wasn’t going to be a cook anytime soon. Back then, out of every 100 people applying to the hotel, 90 wanted to be cooks. There was a line of people who came before me already waiting for their chance. So for two years I was a waiter, ordered to study the art of guest service.

I had this idea of the cooking world as being hierarchical, and masculine with its physical labor, and frankly I had the opposite impression of being a waiter. When I was in high school I did a lot of manual labor, like unloading trucks, so for me, waiter didn’t seem like a manly job at all.

At any rate, back in those days Nikkatsu Films was booming, and churning out star and after. It was routine for fights to break out in clubs and bars, and the instigators would always be the bartenders or waiters (laughs). It might be a great setting for a story, but at the time all I thought was that I would never want to do that kind of job.

And now you have ascended to a position where you oversee service.

Oka:
Eventually I realized I had no idea what being a waiter entailed. The image I had of being a waiter was just a person who puts food and drinks on the table.

But while I was a waiter at a small hotel in Tokyo where I was first assigned, my awareness began to evolve. When I first started, I would get flustered taking orders from foreign visitors, and would ask more experienced waiters for help, and they would smoothly interact with them, saying things like “May I refill your coffee?” in English. I thought that was incredible. We were in our tuxedos and bow ties, I thought that was very cool. We were definitely not instigators (laughs). That’s when I started to think differently about service. 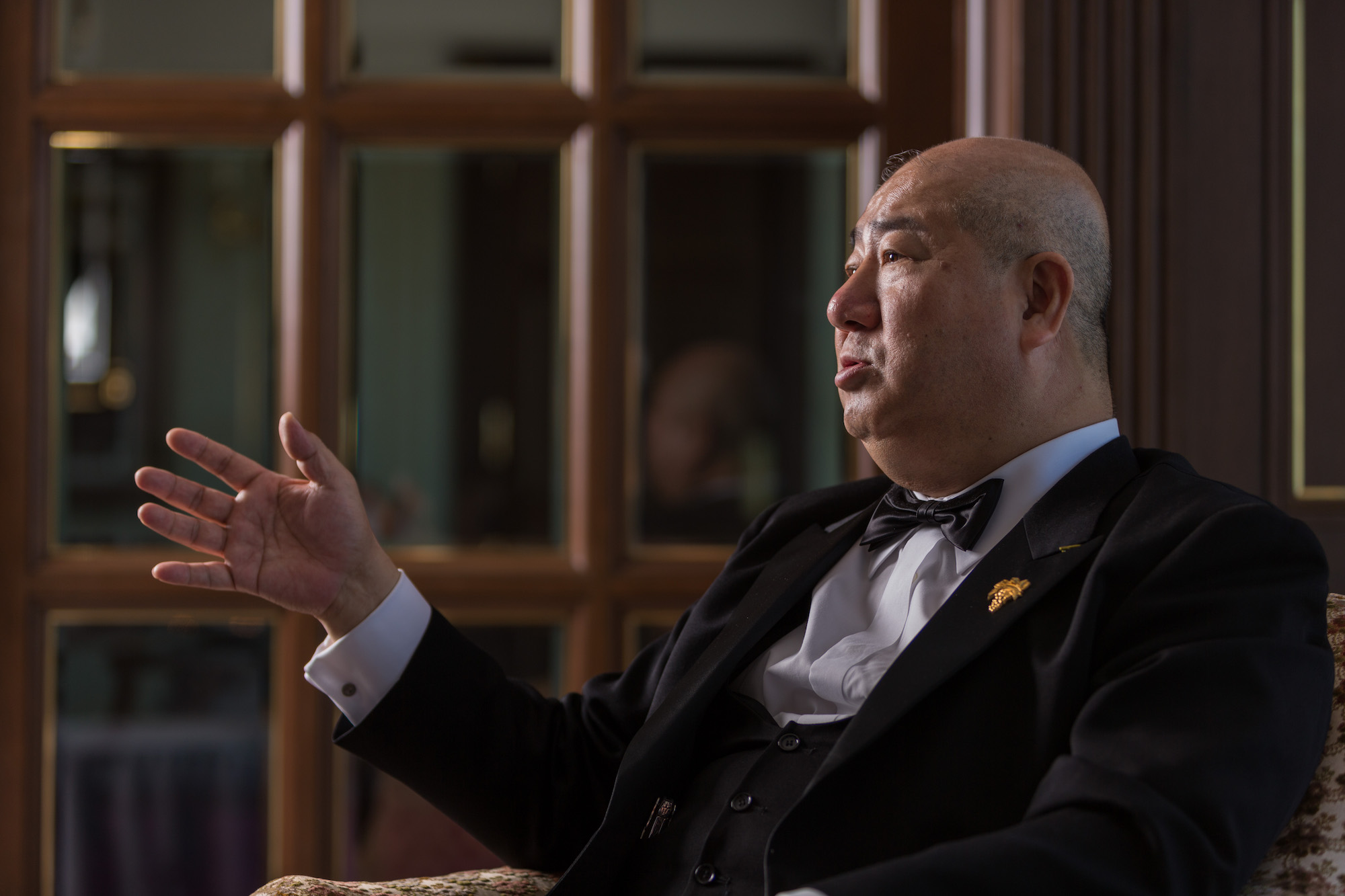 Blessed with admirable seniors, he excelled at the work of a waiter

Oka:
One thing I am thankful for is having great role models to look up to. I became close with one who simply declared that he was going to study service abroad, and ended up going to England, and another who was a graduate of a restaurant service academy. We would all pool our money together to go out and try new foods at top class hotels.

A particularly valuable experience I had was when I worked as banquet hall help staff at Imperial Hotel through a catering company that was contracted with Rihga Royal. I learned a great deal from their elegant, speedy servers, as I struggled to keep up and not make a fool of myself.

That sounds like a very intense year and a half.

Oka:
So I gradually found the work of a waiter more fascinating. Then one of my superiors suggested to me, “There’s a new age of wine coming, and you would be wise to start studying.” Even though I once considered bar work the absolute worst, I had a chance meeting with a bartender I respected, and he showed me everything from how to make a cocktail to how to shake the shaker. Going to Tokyo allowed me to really focus on my work, absorb what people taught me, and advance rather quickly. And it was a lot of fun.

At that time, if we were in the building, we were allocated three meals, so if it got late at night, I would stay overnight to save money on dinner and breakfast the next day. I didn’t know the first thing about wine, so used the money I saved to buy a book called Wine Knowledge and Service, for exactly 2,800 yen. Back then I was about 20 and my salary was about 28,000, so I had to dig pretty deep to spend that much money.

But at first, the book was too difficult and I didn’t grasp anything at all. It took me so long to master it I thought at times the book might be more useful as a pillow. 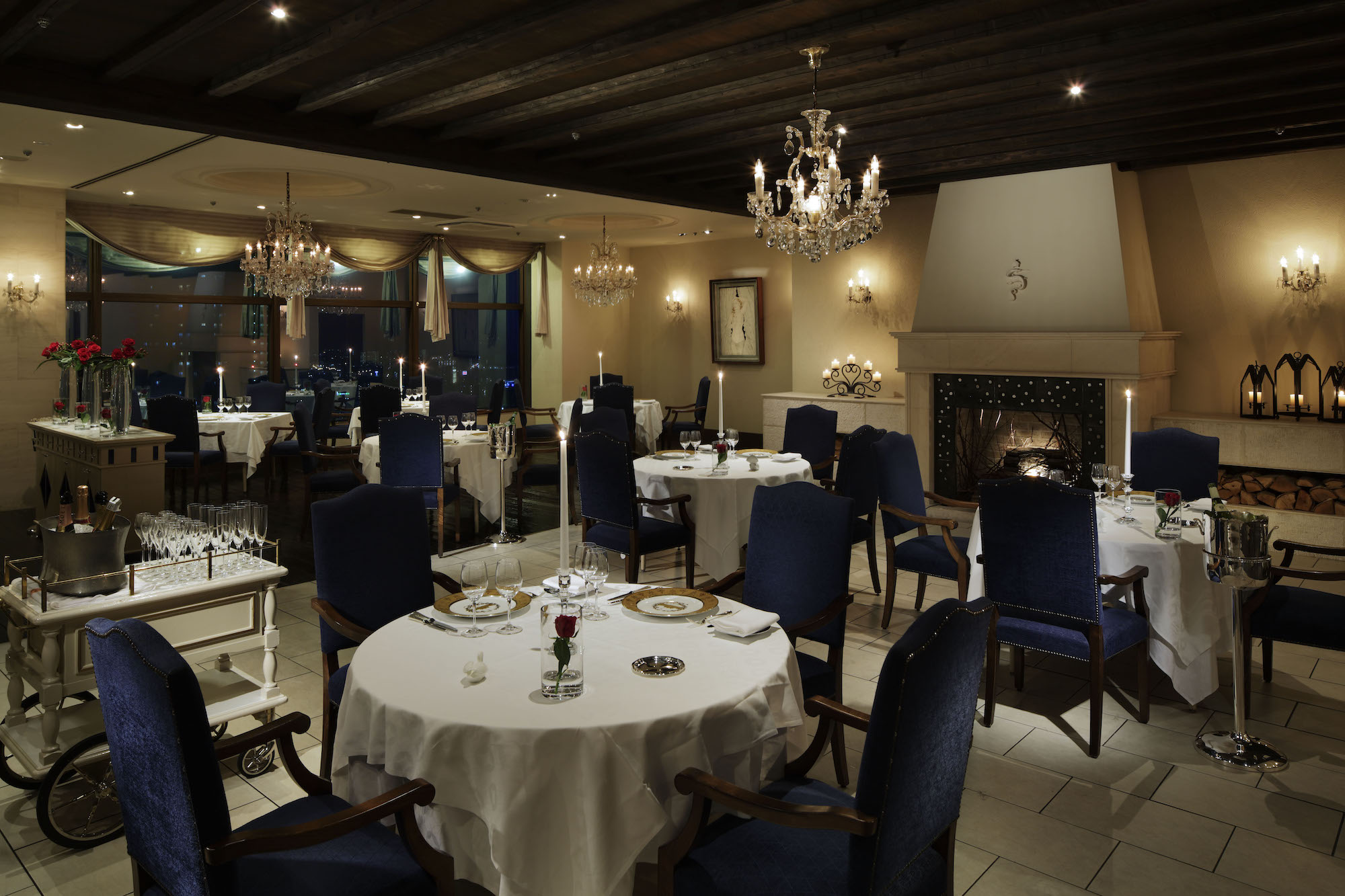