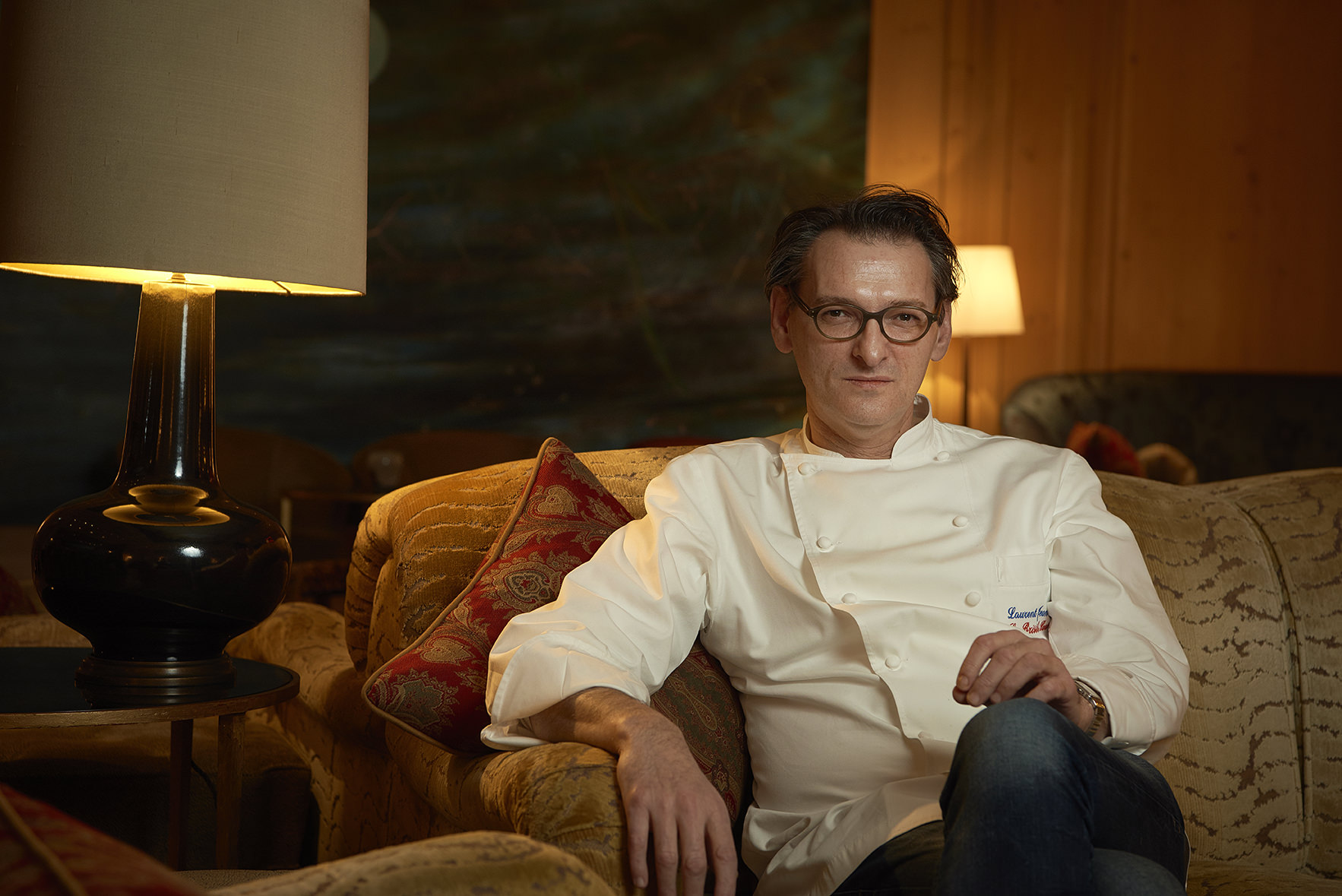 Laurent Jeannin is a three star chef Patissier at ‘‘Hôtel Le Bristol Paris’’, which was awarded the best ranking among palace hotels. In 2011 he was elected “Best Pastry Chef of the Year” by more than six thousand chefs, pastry chefs, and sommeliers. In 2013 he was made a Knight of the Legion of Honor. He has been offering his pastries at the Cerulean Tower in Tokyo since 2002. Let’s look into the philosophy of this chef, whose desserts are unforgettable. 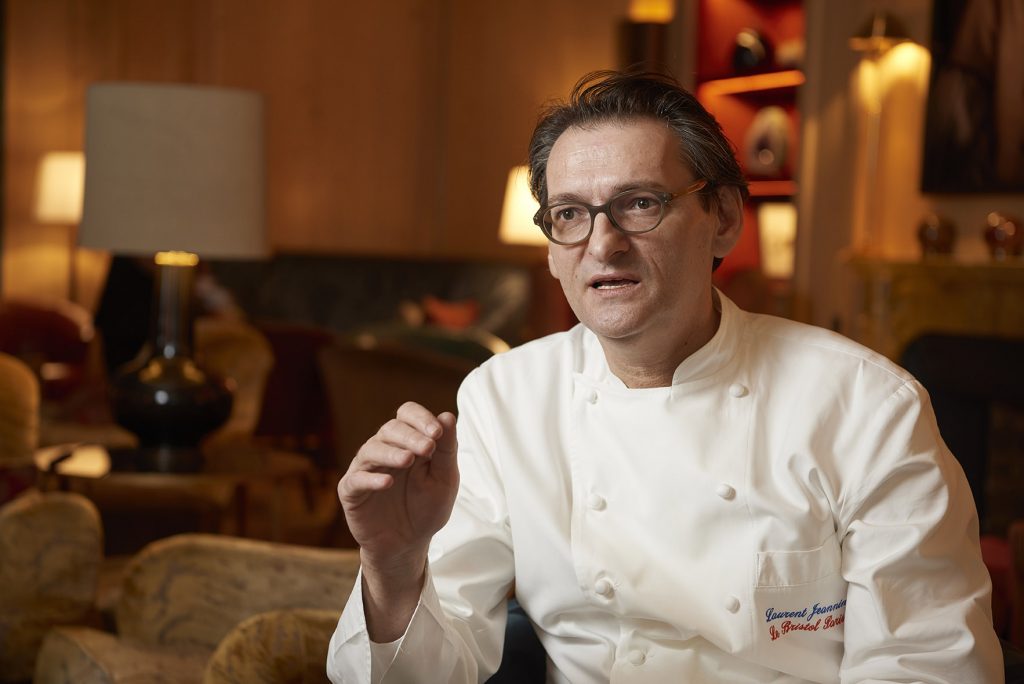 Don’t stop learning until you are a master of your craft.

How did you choose this profession?

Jeannin:
My parents ran a small restaurant in Maisons-Laffitte, in the western suburbs of Paris. They enrolled me in private school because they were eager for me to succeed, but I wasn’t a good student. So when I reached age fifteen, my father told me, “If you don’t want to study, then you’ll have to work”.

When asked what trade I’d like to enter, I answered “Patissier”.  I wasn’t all that into it, in fact. I wasn’t really into anything except for sports, but that was my answer.

My father told me: “You’ll have to wake up early, work when others are resting, and work during holidays and events.” But I told him I wanted to do it anyway. To be fair, I really didn’t know what the profession was about.

At home we had a cookbook with a picture of a fraisier (strawberry shortcake) by Gaston Lenôtre – I still have it in my office – and this picture really triggered my interest in the profession.

What was your state of mind as you embarked upon this career?

Jeannin:
For a while, I was always wondering: “What is this profession?” But at the same time, I was thinking, “I didn’t enjoy my studies at school, but I still want to make something of my life and be successful.” I wanted to succeed in the profession I had chosen.

How did you become an apprentice under Pierre Hermé?

Jeannin:
My parents, who moved to Vichy, picked the best pastry chef in the area for my apprenticeship. It was the ‘Valade’ pastry shop.

At 15 I started my pre-apprenticeship, then I did my apprenticeship for two years, and then I graduated (CAP). After that, I had the opportunity to do a six-month unpaid internship at ‘Fauchon’ Paris. My uncle, who worked at ‘Hediard’ (a luxury delicatessen store in Paris) for years, introduced me to this position through a fruit supplier of his acquaintance at Rungis Market.

For me, after having been trained in a small provincial pastry shop, it was my first encounter with first class patisserie in Paris and with new techniques. 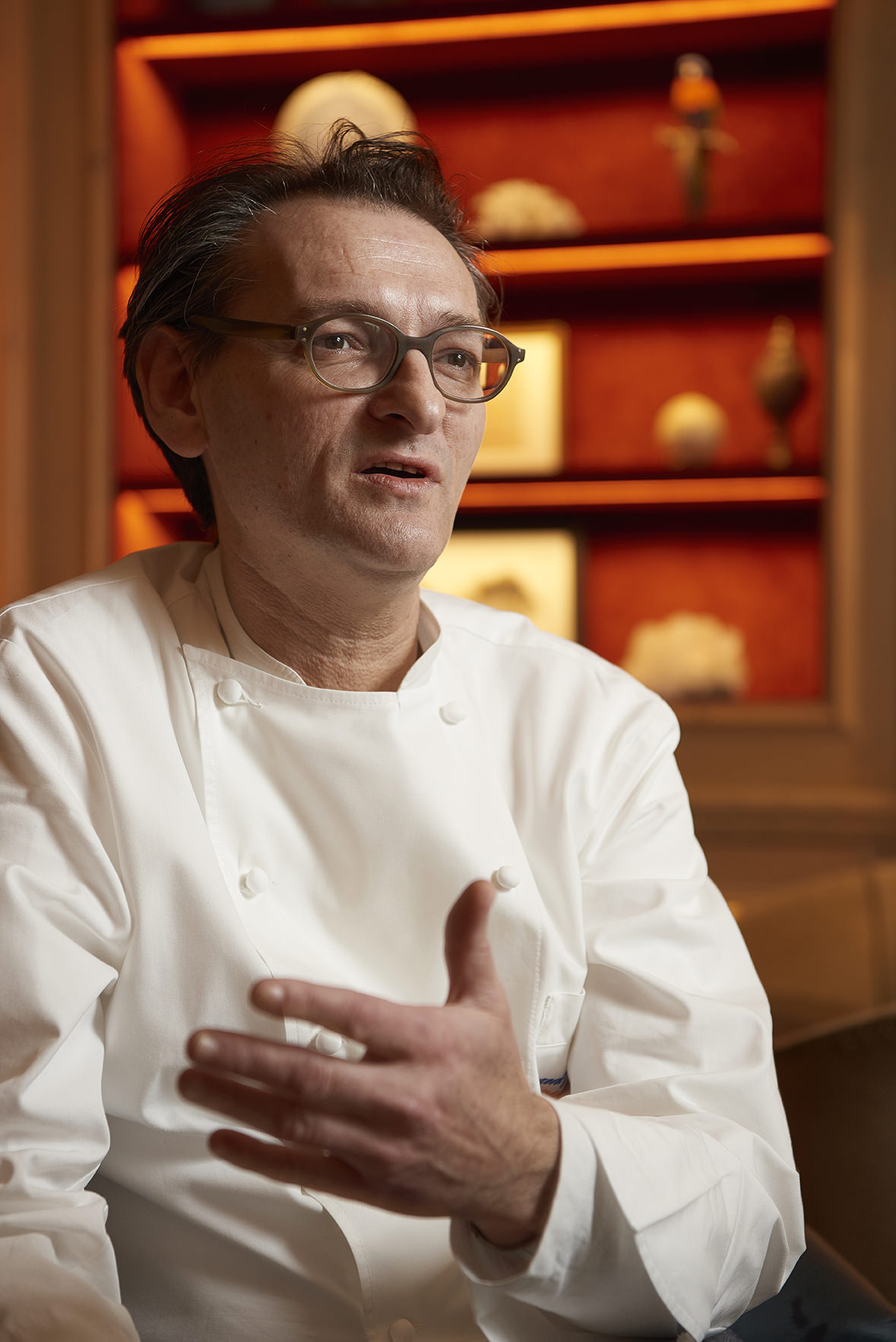 Years of training in a rich environment

What did you learn under Pierre Hermé?

Jeannin:
It would be easy to say “I’ve learned so many amazing things” but the reality was different. I was too young and didn’t understand much. I was just an unaware youth thrown into a world of ambitions, where the professional environment was so different from Auvergne. This was in 1987, and the sous-chef was Jean-Michel Perruchon. At this time, Christophe Felder, Frédéric Cassel and Frédéric Bau were all at ‘Fauchon’. I didn’t grow up in this world, as did Christophe Felder or Pierre Hermé. I didn’t understand what was happening in the profession and could barely keep up with work. I had come to Paris before, but was unaware of the differences between Paris and the provinces in the field of patisserie. I wanted to come and train in Paris but I didn’t have a long-term vision of my career.  However, I knew I wanted to succeed.

When my six-month training was over, I approached the chef Pierre Hermé and told him I would like to continue. One of the staff was leaving for a year of military service, and I replaced him as a commis (assistant/junior cook) while he was gone. At this time I knew I wanted to pursue my career in the field of modern patisserie. It was a world of delicate and elaborate pastries, completely different from what I had known in Auvergne.

After I had completed my one-year contract, and I don’t think I was particularly brilliant at that time, I told Pierre Hermé: “I’d like to continue working.” He told me he had no position for me, but would recommend me as a chef de partie (chief of party) at ‘Le Duc d’Enghien’.

Try to imagine going from assistant to party chef! And I met the two-star chef Michel Kerever. That’s when I discovered the restaurant concept of assiette désert, a dessert plate that isn’t prepared in advance, but arranged on demand. Michel Kerever liked me right away and took me under his wing. I was able to continue my training in this protected environment.

Then I received my notice from the army and had to leave for military service. I served in the Air Force and baked for the officers and their wives. I was so excited about patisserie at that time that I even worked on my days off. I was preparing plane shaped cakes and doing all kinds of experiments. In return, officers would take me on flights or fly me to my place; it was fun.

Then you moved to ‘Hôtel de Crillon’ right?

It was the time when Christian Constant was chef and the sous-chefs were Eric Frechon, Yves Camdeborde, Thierry Faucher, and Jean-Francois Piège.

I entered as an assistant (commis) and left as a sous-chef. I loved this environment and stayed 10 years. It was a family style environment where we were given a lot of freedom. I also liked the fact that it was the last of the palaces run by a French company. I’m proud to have worked at the last French-run palace.

Please tell us about these years at ‘Hôtel de Crillon’.

Jeannin:
I was there from morning to evening, never knowing when we could take a break. And the pay was low. At that time it was different – we were rarely paid overtime, especially the young recruits. It was tough, but I was able to take my professional knowledge much further.  So I kept on training without rest.

Thanks to Christophe and the others I was able to increase my knowledge and skills. As a sous-chef I was able to put together plenty of dishes and desserts; however they weren’t my creations since I was working under Christophe. But I was able to express myself in my profession, and my patisserie was starting to take shape.

And how did your career go afterwards?

Jeannin:
After that, I was pastry chef for the reopening of the ‘Hôtel George V’ when it became the first Four Season Hotel in Europe. I was thirty years old. The kitchen chef was Philippe Legendre.

The most important thing in my profession is to inspire emotion in the client, and it’s still what I’m looking for today. It was at this time that I dreamed up a new concept, putting 4 different desserts in a plate around one theme.  With concepts such as “Four Variations around the Strawberry” or “Chocolate Variations,” I was able to achieve a considerable success during the short time I was at the ‘Hôtel George V’. Eric Frechon called me to invite me to come and work with him at the Bristol, but it was right after I agreed to come to the ‘Hôtel George V’, and I like to honor my commitments. So finally he called Gilles Marchal.

People didn’t hear so much about your career until you came to the ‘Hôtel Le Bristol Paris’.

Jeannin:
Yes, unsurprisingly. At that time the media wasn’t talking about pastry chefs, they were only mentioning the kitchen chefs. It was harder for a pastry chef to become successful. 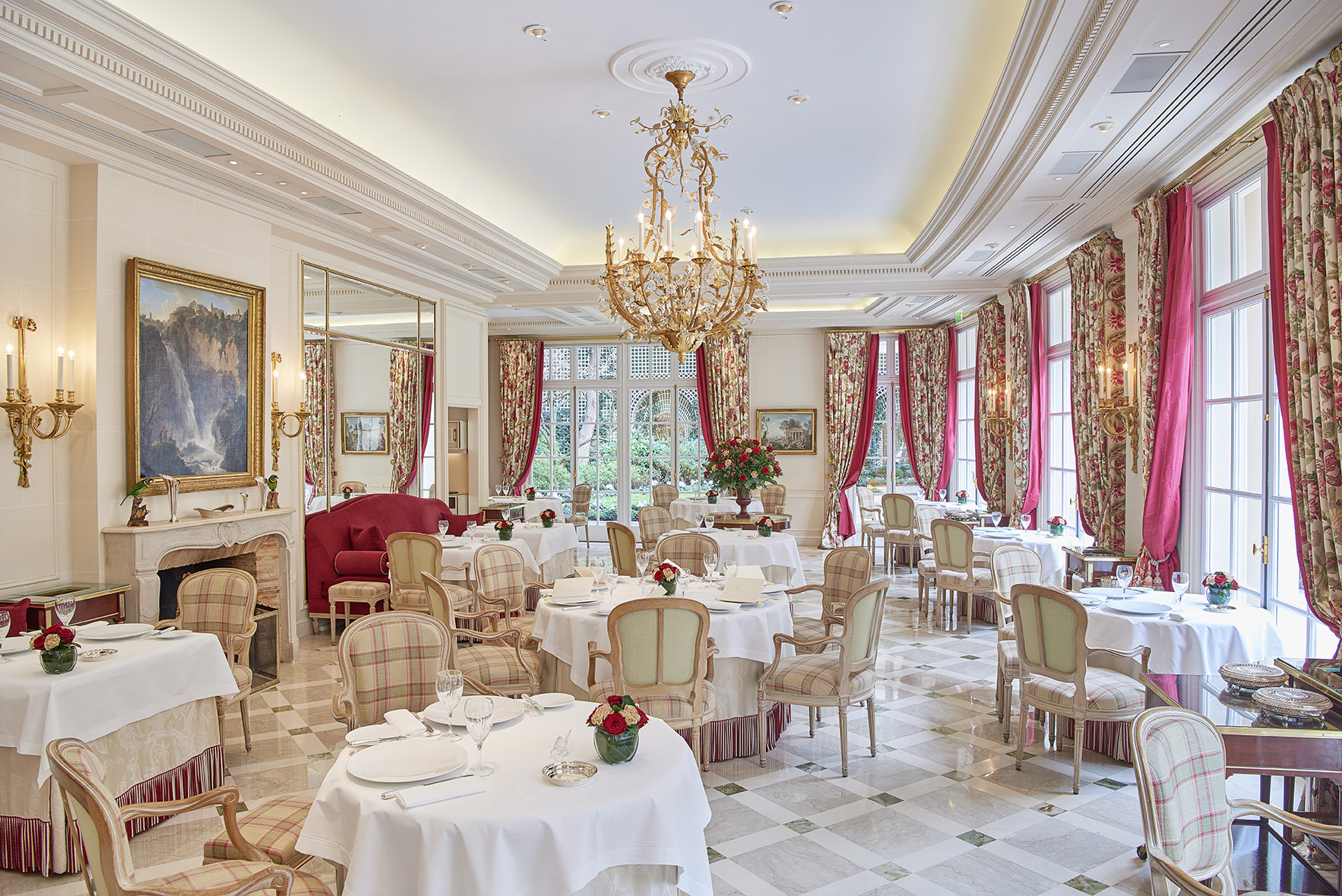