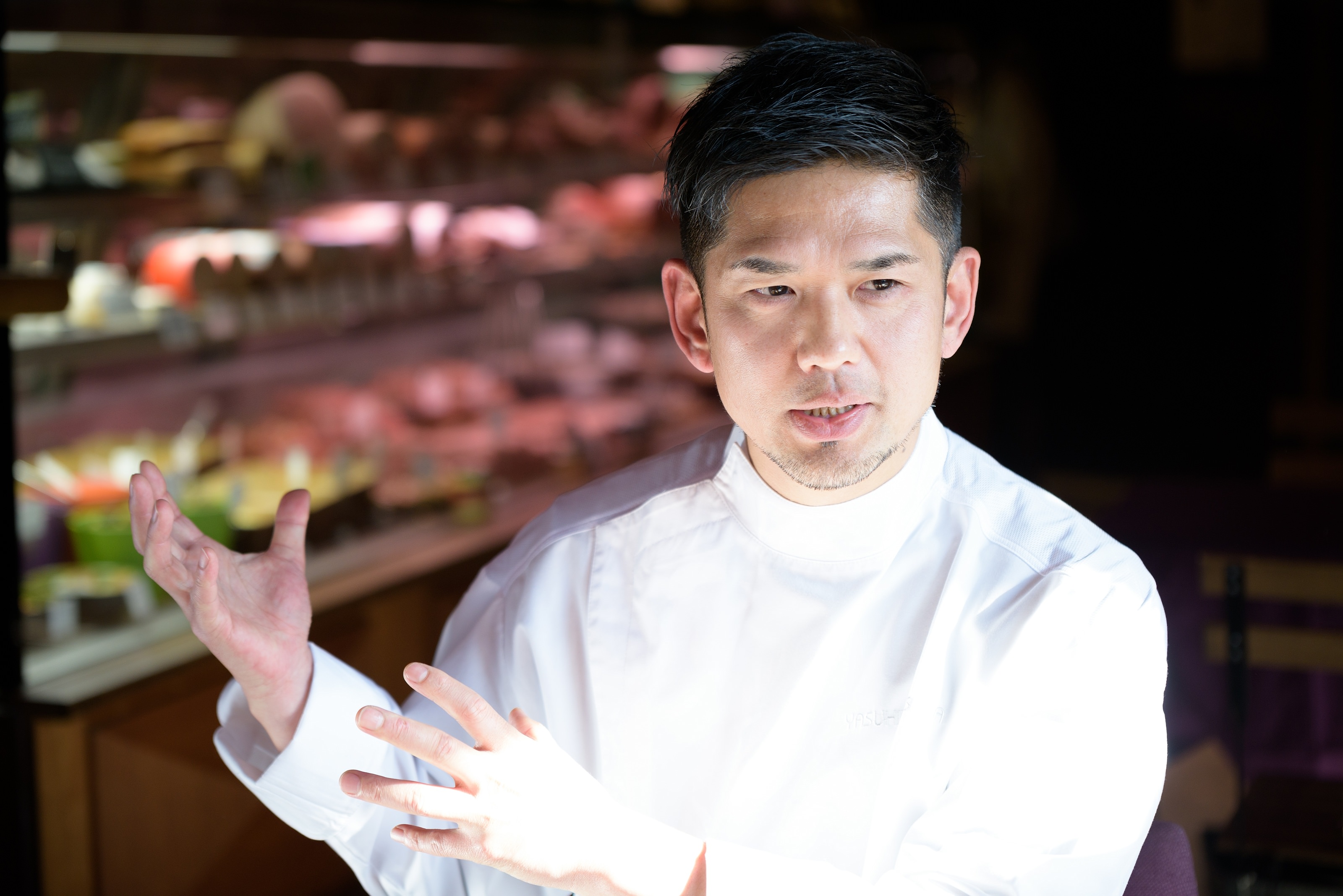 Metzgerei Kusuda is a specialty shop offering housemade hams and sausages, processed using traditional European techniques.It was when he was 16 years old that Mr. Kusuda realized that he wanted to take the same path as his father, a true “craftsman” of ham.
He had made up his mind to use the techniques of craftsmen and incorporate the culture of Europe. He has received praise from hotels and restaurants that represent
Kansai area, and his two shops in Kobe are full of customers every day.
I took the opportunity to ask Mr. Kusuda, who fields trainee applications from as far abroad as Germany, about his philosophy of learning and his mindset as he worked to be a charcutier. 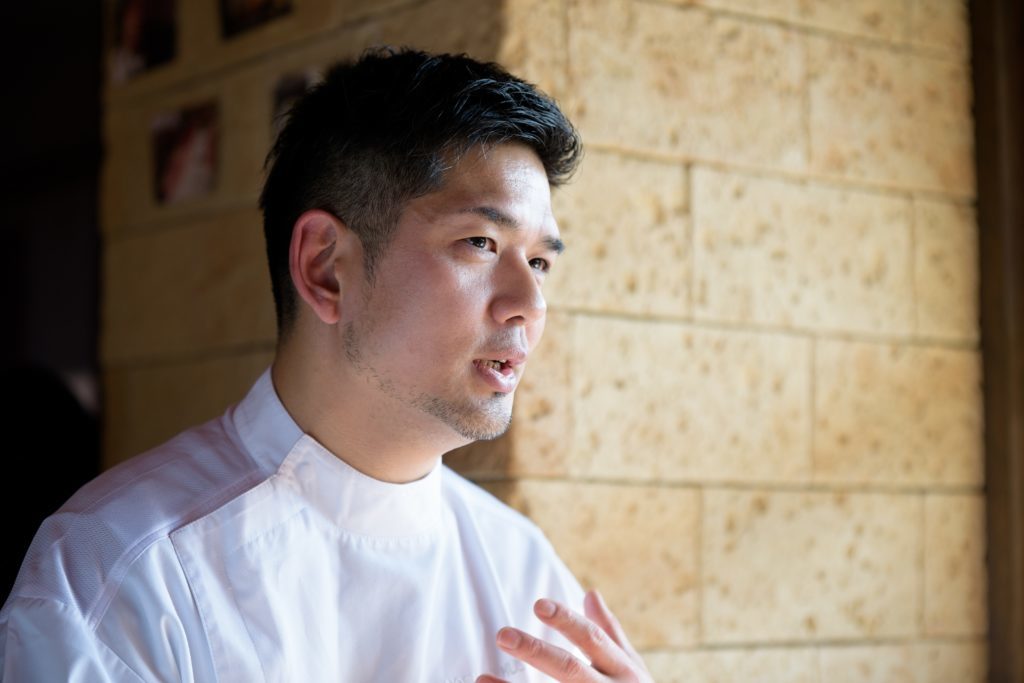 Hanging out at my father’s workshop and learning about the field of meat. processing.

How did you choose to be a charcutier?

Mr. Kusuda:
My father was a “craftsman of ham.” He was working at a major ham company before it entered a high growth period. Nowadays the process has been automated for mass production, but back then each process had a specific craftsman and the products were all made by hand. When he worked as a factory manager in Kobe, my brother and I were hanging out in the workshop all the time. When I think of it now, I realize we must have been very distracting.
Gradually I was assigned easy support work such as cutting sausages and carrying things.

As the company grew busier, my father decided to become independent, wanting to make hams and sausages his own way. He opened his workshop after moving to Kagoshima. It was right before I turned ten years old. My father, brother, and I smoked the meats with a drum can and sold them little by little. It was a small workshop. Of course he couldn’t afford to hire employees, so I helped him after returning from school every day. I stuffed sausages and was able to dress pork during my teenage years.

Back then I had no thoughts of doing the same job as my father. I was even considering entering a sports college after graduating high school. But when I was 16, I found piles of photos from Europe lying on my father’s desk. There were machines in a workshop like I had never seen before, and various homemade ham sausages and scenes of them being enjoyed in the outdoors. It was right before dusk when I started looking at them. Even though I couldn’t read the letters, I became infatuated and finally noticed that it had gotten completely dark outside.

I thought to myself, “I want to go there!” and “I want to bring this culture to Japan.” I felt like I could feel a glimmer of hope, or something, in myself.

How did you make that dream come true?

Mr. Kusuda:
I had been looking for someone who could introduce me to a place to train while at school, but it didn’t go very smoothly. I worked at a restaurant after graduating school to earn money for training in Europe, and to study culinary arts. I was a trainee and salary was low, so after working at the restaurant I worked in building maintenance at night, desperately trying to earn that money.

After about four years I was able to meet a person who introduced me to a place to train, but at the final stage, the Hanshin Earthquake struck and we lost contact. Then I asked a company that imported German wines, but they said they couldn’t introduce someone they didn’t know. Instead, I was offered work as a chef in a restaurant that the company managed.

After a year I gained trust and was introduced to several shops by the president of the company, who had many connections all around Germany. One of the several shops I trained at was a metzgerei (specialized meat processing shop) in a small town called Bad Saulgau, in the southern part of Germany. It was the first place I trained at, called, Metzgerei Nussbaumer and I was just 23 years old. 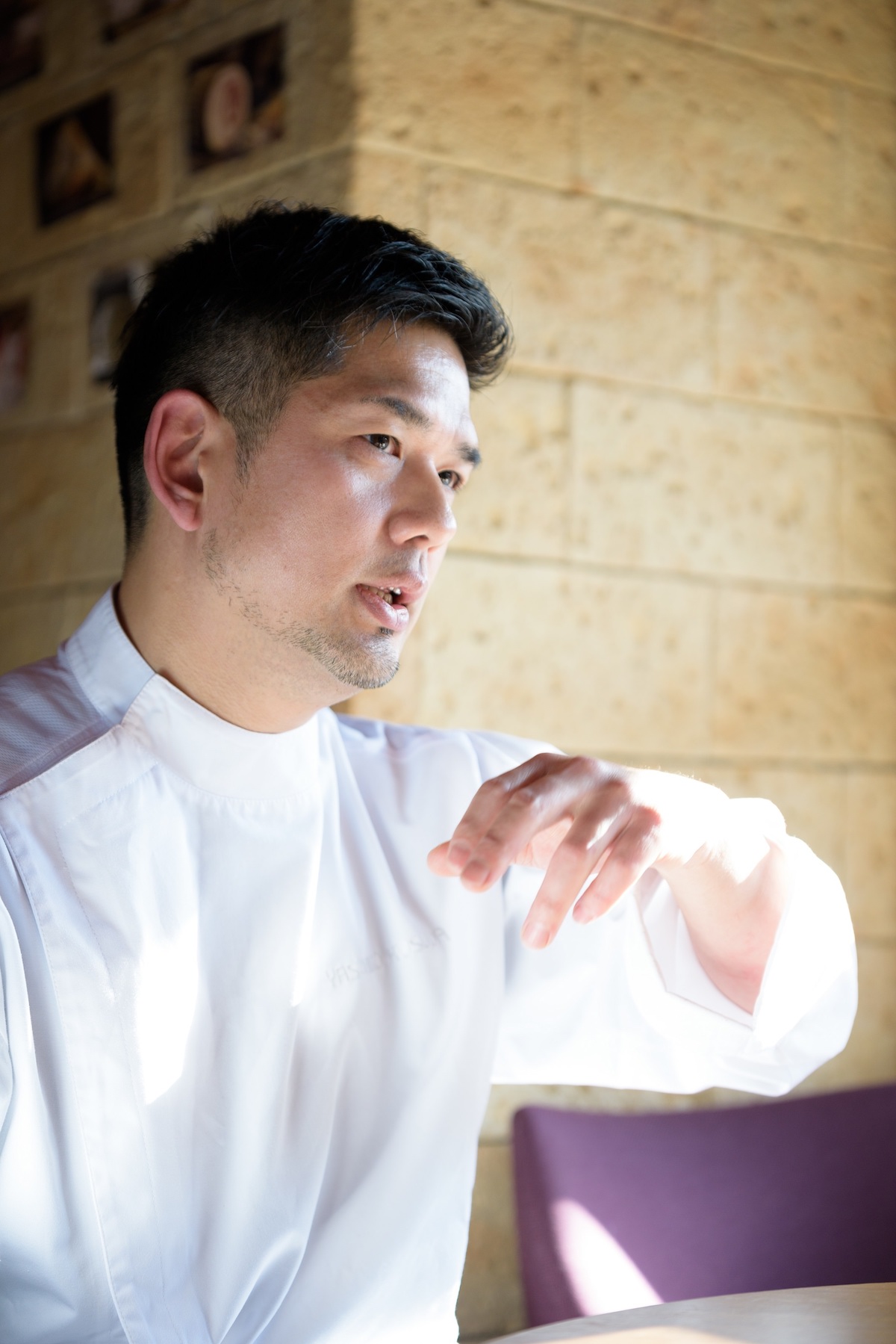 A place I had admired for a long time. Constant amazement at a world full of the brand-new.

Germany is a fascinating place. Was it very different from what you knew?

Mr. Kusuda:
It was totally different. From the machines to the views of the workshop, it was like a world I had never seen. Since that time in high school that I was shocked by those photos, I had wondered what kind of history and culture gave way to this variety of processed foods. For seven or eight years I had wondered, and then I finally arrived. It was a life-changing experience that really shook me, in a good way.

There aren’t many specialized shops selling homemade processed meats in Japan. But over there, it’s normal to see them everywhere.

Mr. Kusuda:
Yes, there is one in every town. In the small town I trained in, there were five.Everyone finds their own favorite shops and goes there frequently. The Japanese hams and sausage that you see are all quite similar in shape, color, and texture, but in Europe they’re all different in taste, of course, as well as shape and texture. There are many types of processing, such as pates and terrines. Meat culture is well established in daily culinary life.

Of course there were many people who trained in Germany before I did, and there are people who use genuine, traditional skills and spread the European taste in Japan. But as a culture I felt infiltration was still shallow. So I decided that I wanted to establish this culture in Japan – a culture where people enjoy these foods daily thanks to the presence of such shops like Metzgerei.

I assume the procedures, work styles, and languages were different; how was the training?

Mr. Kusuda:
My training at Nussbaumer lasted three years. I was first challenged with dressing meat, but my experience at my father’s workshop helped me there. All the work I had done was useful. The standards were a little different but I could feel that I was earning trust in that process.

Every day was a battle because the working conditions were tough. It was a battle to strike a balance between quantity and quality in a limited time. Speed is definitely a necessity.

It was not as though you are carefully taught each procedure one by one; I had to create my own style along the way.
Also, the Germans have big bodies and their voices are quite loud.When I was scolded, it was powerfully scary!

At the beginning I did not understand any German and used some English that I learned at school, but I was told, “This is Germany so use German.” It took me around a year to understand their language. I experienced a lot of frustrating situations and it was indeed tough, looking back on it now.

After training in Germany did you come back to Japan?

Mr. Kusuda:
After Germany I continued training in France for a year. I had previously been advised by one of my former upperclassmen, trained in Europe before returning to Japan, that it was smart to gain experience at a charcuterie.In France, charcuterie means the same as metzgerei. I remembered that advice and I went for short-term training at charcuterie shops in Paris and Alsace during the three years I was in Germany. While there, I noticed that they made products that were totally different. I was interested and very much intrigued. So I had been planning to return to France after finishing training in Germany.

But when I visited a number of shops trying to look for a place to work, the shops would accept me as a trainee but not as a full-time employee. Back then, chefs and pastry chefs were quick to pass on techniques even to trainees from abroad, but our field was still very conservative. They protect and share secret recipes only within the family.It was the lifeline of these shops, and a method for protecting themselves. In the end, my work visa expired and my father got sick, so I returned to Japan. 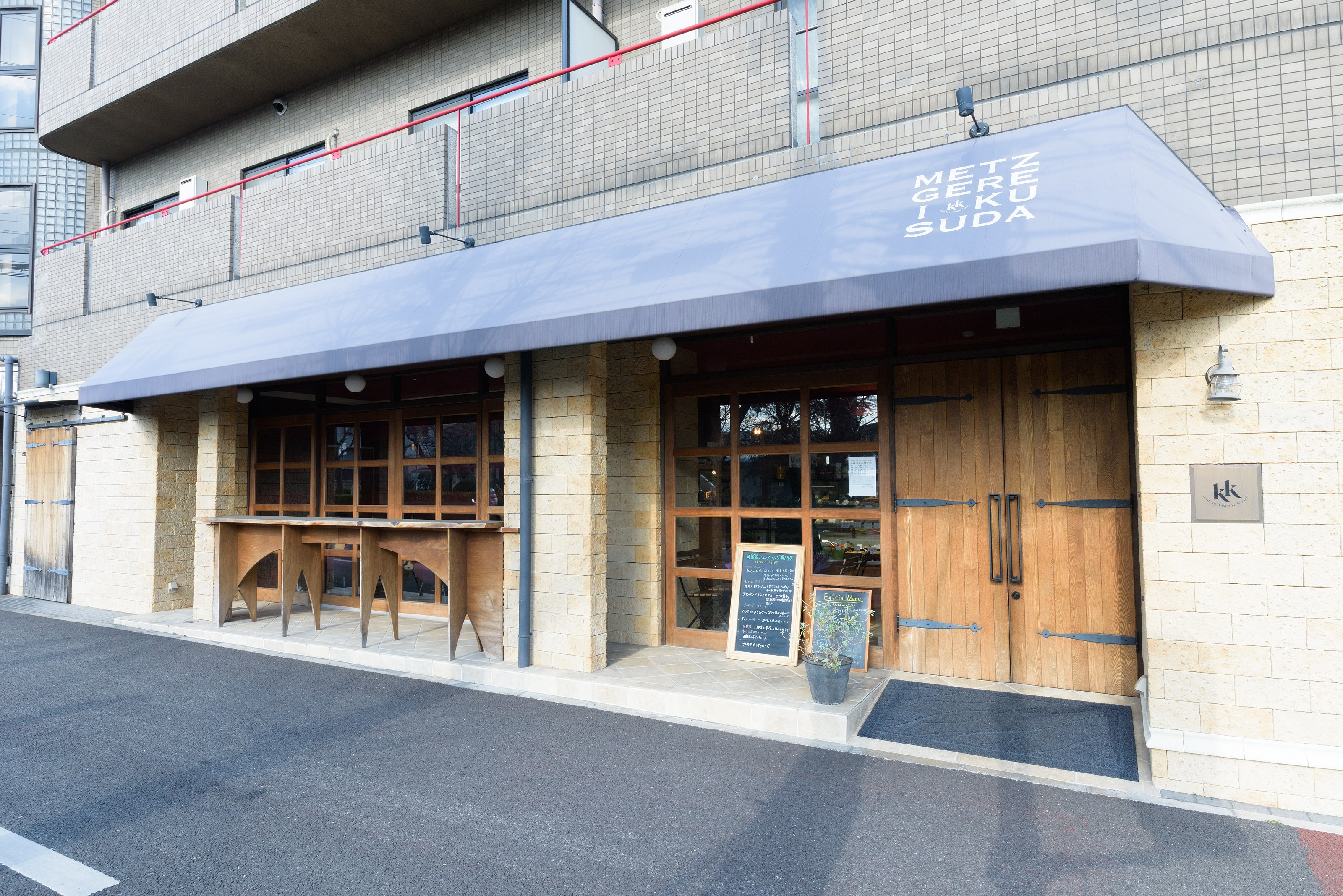