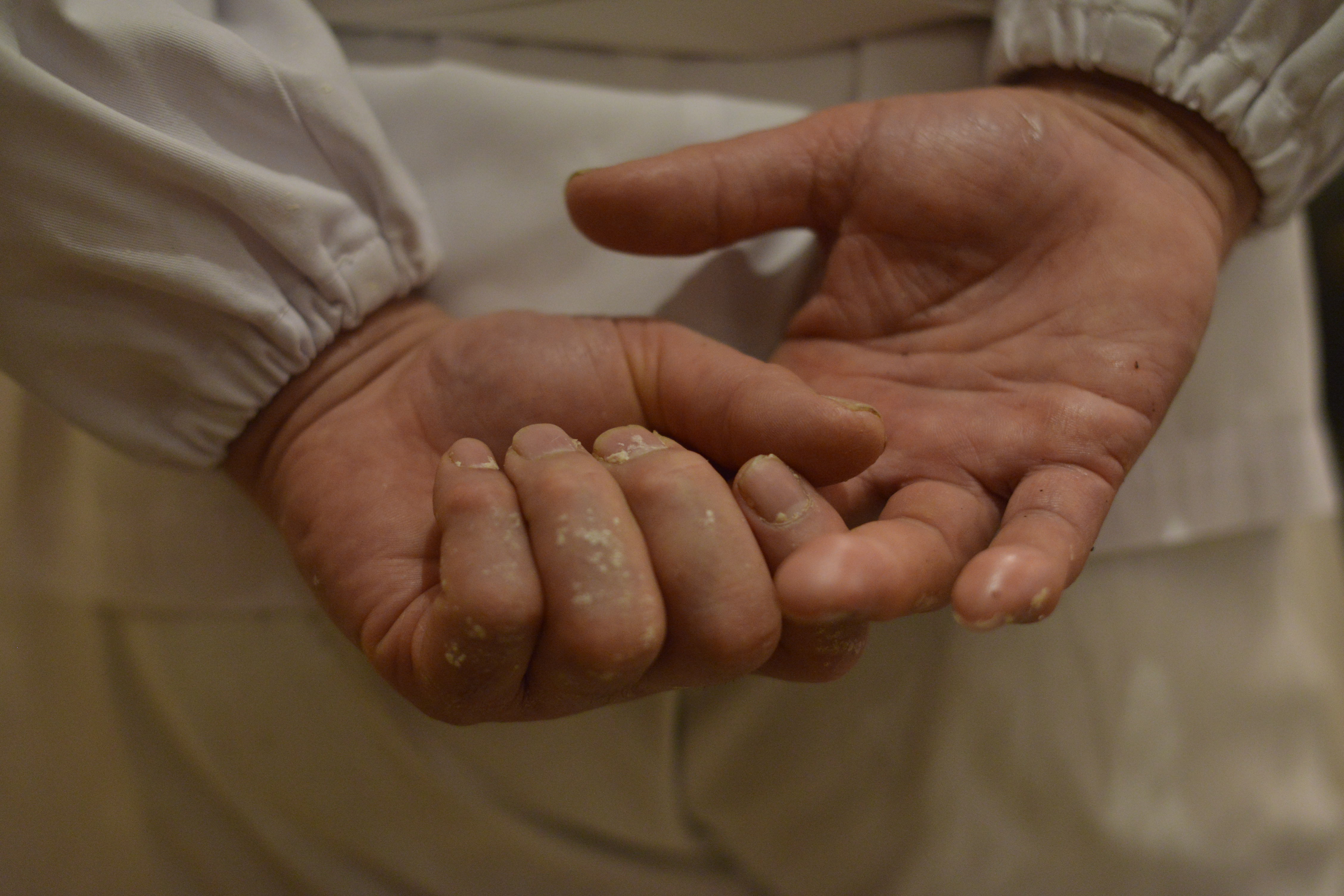 One key to training young chefs: a head chef unflagging in his own work, acting as role model

Kondo starts his days early. He gets up at five, enters the shop at six, then begins preparations with his team for the first meal of the day. Based on the number of patrons scheduled and the courses for that day, he heads to Tsukiji Market to obtain ingredients. After returning to the shop, Kondo himself prepares the fish. In this way, he goes to the fishmongers daily and guts the fish himself. This is not something busy shop owners usually find time to do, but Kondo is unwilling to hand off work and sit back.

Do you go to Tsukiji market by yourself?

Kondo:
That used to be the case until recently, but nowadays we have a rotation where twice a week, two of us go. The team independently decided among themselves that they wanted to help me. I think this will also give them a feel for picking out the best ingredients.

There is another counter for staff only at the back of the shop. Are there certain prerequisites to working there?

Kondo:
At our restaurant, new members start on dishwashing. After two years, they help me at my counter and learn about preparing food and treating customers. In their third year, they are given the responsibility of the initial preparations for food. It takes about ten years to develop the skills necessary. The counter at the back is for personnel who have worked at the restaurant ten years or more. They are separated from my counter by a partition, and I do not give them any instructions. By handling everything themselves, they mature. I believe it will also come in handy for them when they want to set out on their own. It takes time to reach this point, but being a tempura chef is about more than just dunking things in the fryer. You need to know about fish, and you need to know the prep work for food. The subtleties of hospitality are also not something learned in a brief space of time. If you don’t have tenacity, you can’t become a first-rate professional — I think that’s true of any job. 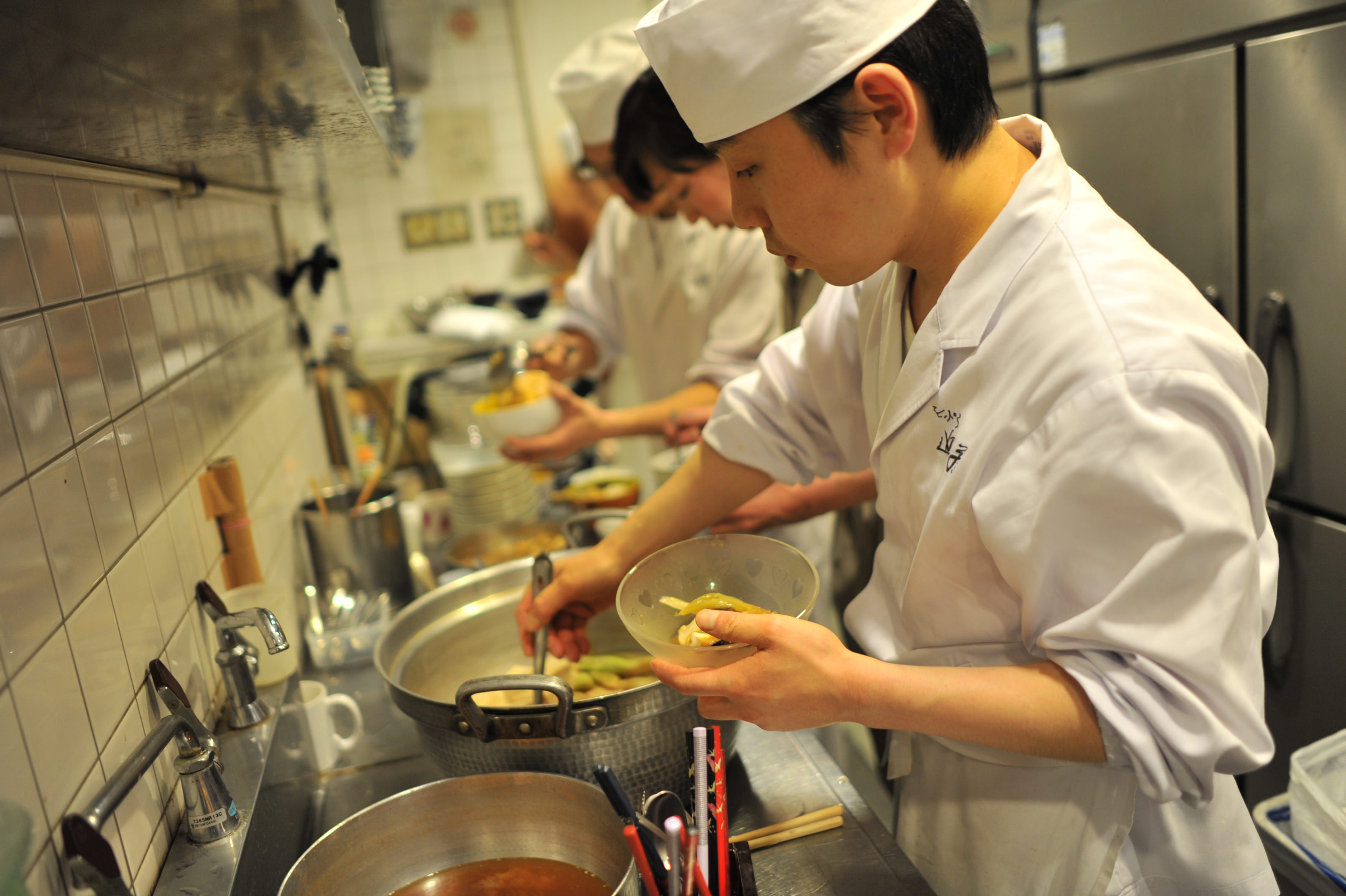 We understand that you have thirteen members on your team. What do you emphasize in their training?

Kondo:
Probably not harping on the trials and tribulations of the past. I mention what needs to be said, but I seldom get mad. Surprising, eh? (laughs) Getting angry is fatiguing — a waste of energy. Trying to make your opinion heard in spite of disagreement is not very effective. What’s important is that the head chefs show the staffs how to do through their actions, not words. I fully believe that if I do not tirelessly continue improving my own skills, I will be quickly overtaken by any of the skilled young chefs around these days.

Having perfected the art of tempura for forty years, you’re still seeking to further “improve,” as you put it — amazing.

Kondo:
Perfected? Hardly, hardly. I remember the words of Shotaro Ikenami: “Kon, staying inexperienced is important.” Things are never going to go exactly to plan. You are never going to get that perfect 10. If I made the ultimate tempura, I could quit then and there — that would be the zenith.

When struggling, I turn to a book given me by Ken Domon. It says, “Taste.” As I turned 30, I was unable to answer my own internal questions about what “taste” is supposed to be, what “cuisine” is supposed to be. He gave me this writing, which led me to realize that the Chinese character for “taste” is the characters for “mouth” and “future” combined. Simply being tasty alone is not enough. I realized I had to make food for the future. Since then, I’ve made my goal creating tempura that moves patrons, something that is always trailblazing. And I plan to continue in that fashion. 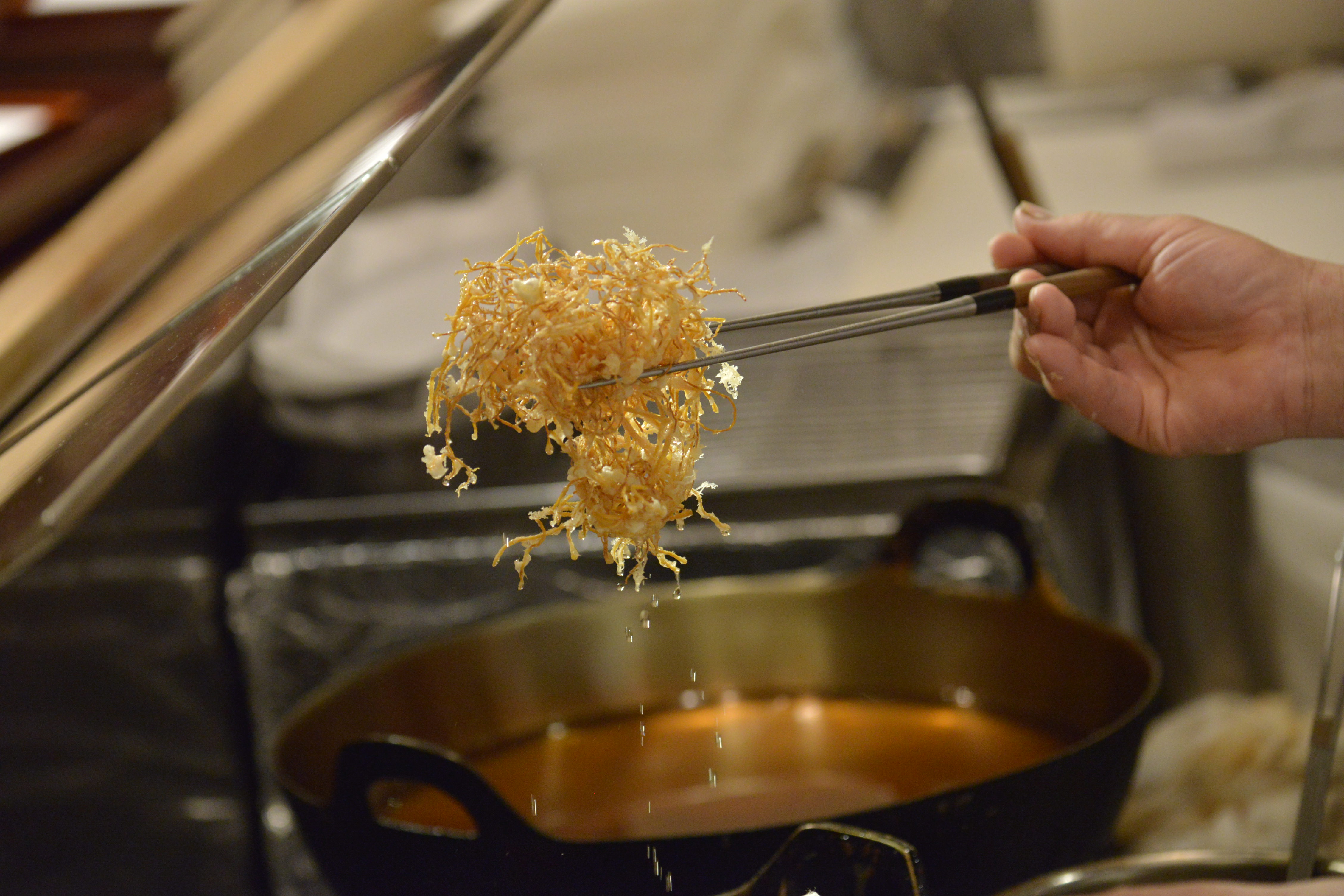 In the days when vegetables were considered anathema at fine tempura establishments and the batter was thick enough to fill you up, Kondo incorporated vegetables and opted for a thin crust, bringing a new form of tempura to the world. Its pioneering ways go beyond that seen on the plate: tempura was traditionally thought of as something fried in oil, the moisture of the ingredient cooked off, and the flavor densely concentrated. Kondo, however, says that "tempura should be akin to something steamed." In Kondo's tempura, the heat of the oil and moisture shepherd the ingredients to a higher plane of flavor, something completely a page apart from the old way of thinking.

Apparently, many customers mention that tempura was not among their favorite foods until they tried Kondo's tempura. Is this not the ultimate praise for someone who has pursued delicious new frontiers in tempura for his entire career?
Prev Page
Next Page 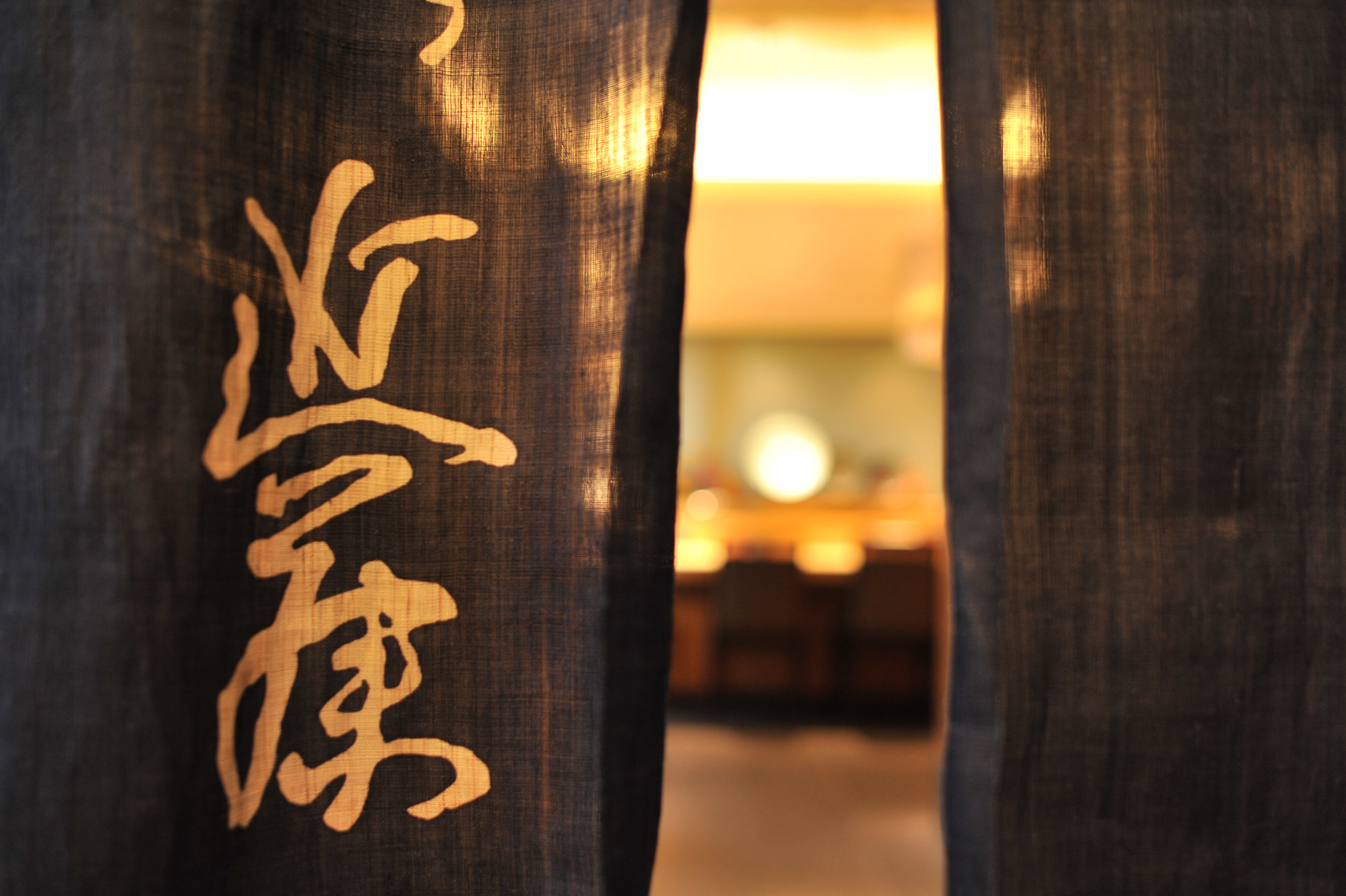