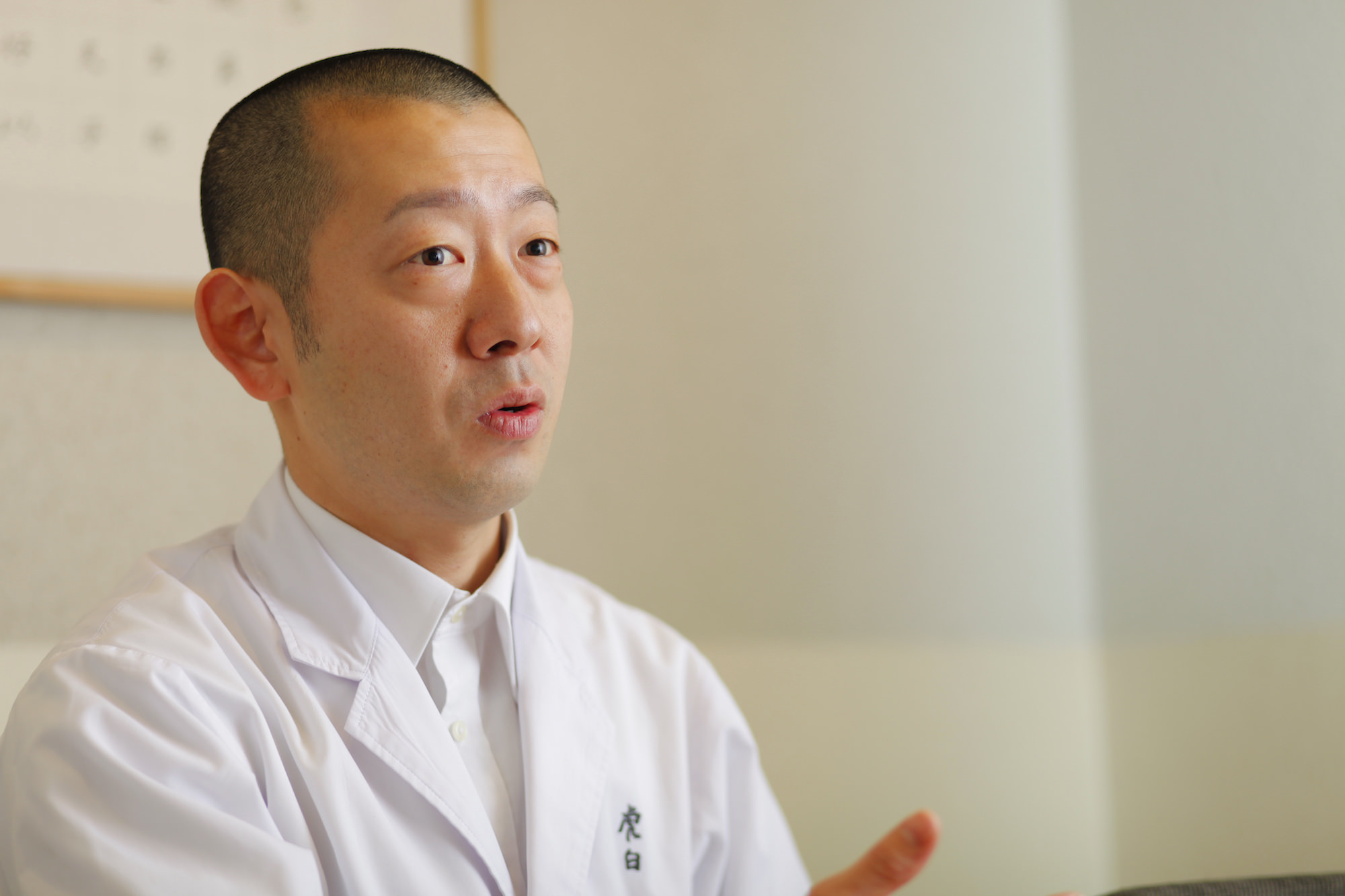 When Kohaku opened when he as at the age of 28, he understood the weight of carrying an entire restaurant’s responsibility on his shoulders.

Kohaku opened in Ishikawa’s sixth year. Did you have the idea that you wanted to eventually become a head chef?

Were you considering going solo?

Koizumi:
I was busy with daily work, so I didn’t have any concrete thoughts about it. However, one thing I was conscious about was that I needed to discover my own essence as a chef. When you are an apprentice, the flavors that the teacher thinks is delicious becomes the standard. You tend to stop understanding what you, yourself find delicious. In order for that not to happen, I studied Ishikawa’s flavors, while always retaining my own opinions about it. Ishikawa’s concept was that the staff on-site had a grasp of the small details, so it’s natural that ideas to improve the store would come from them. New proposals were taken in with flexibility, so I had my opinions heard.

Did you make proposals about the menu?

Koizumi:
When Ishikawa first opened, I didn’t have much experience. While I made dishes that Mr. Ishikawa thought of, little by little, I started giving ideas. At first, none of them were used, but later on, there were some dishes he encouraged and they were introduced into the course.

Kohaku opened five years after Ishikawa. What were the circumstances?

Koizumi:
When we were looking for a new property, we were lucky enough to be introduced to the current place in Kagurazaka-Bishamonten by a customer. With Kagurazaka-Bishamonten being such a good location, we knew we had to take advantage of it, but both Mr. Ishikawa and I had special feelings for the previous property, the birthplace of Ishikawa. At that point, Mr. Ishikawa proposed making a new restaurant, and said that he would entrust it to me entirely.

Did you seek Mr. Ishikawa’s advice about your future?

Koizumi:
Well, not in particular. However, since we worked closely together, I think he observed how I worked regularly. He probably thought that it was time for me to have a place where I could make my own food.

How did you feel when you were entrusted to be the head of Kohaku?

Koizumi:
I felt how big the presence of Mr. Ishikawa was, all over again. At Ishikawa, I was entrusted with many tasks, and I worked with a sense of my own responsibilities. However, the weight of the responsibility of running a restaurant and being in a position to decide everything was completely different. 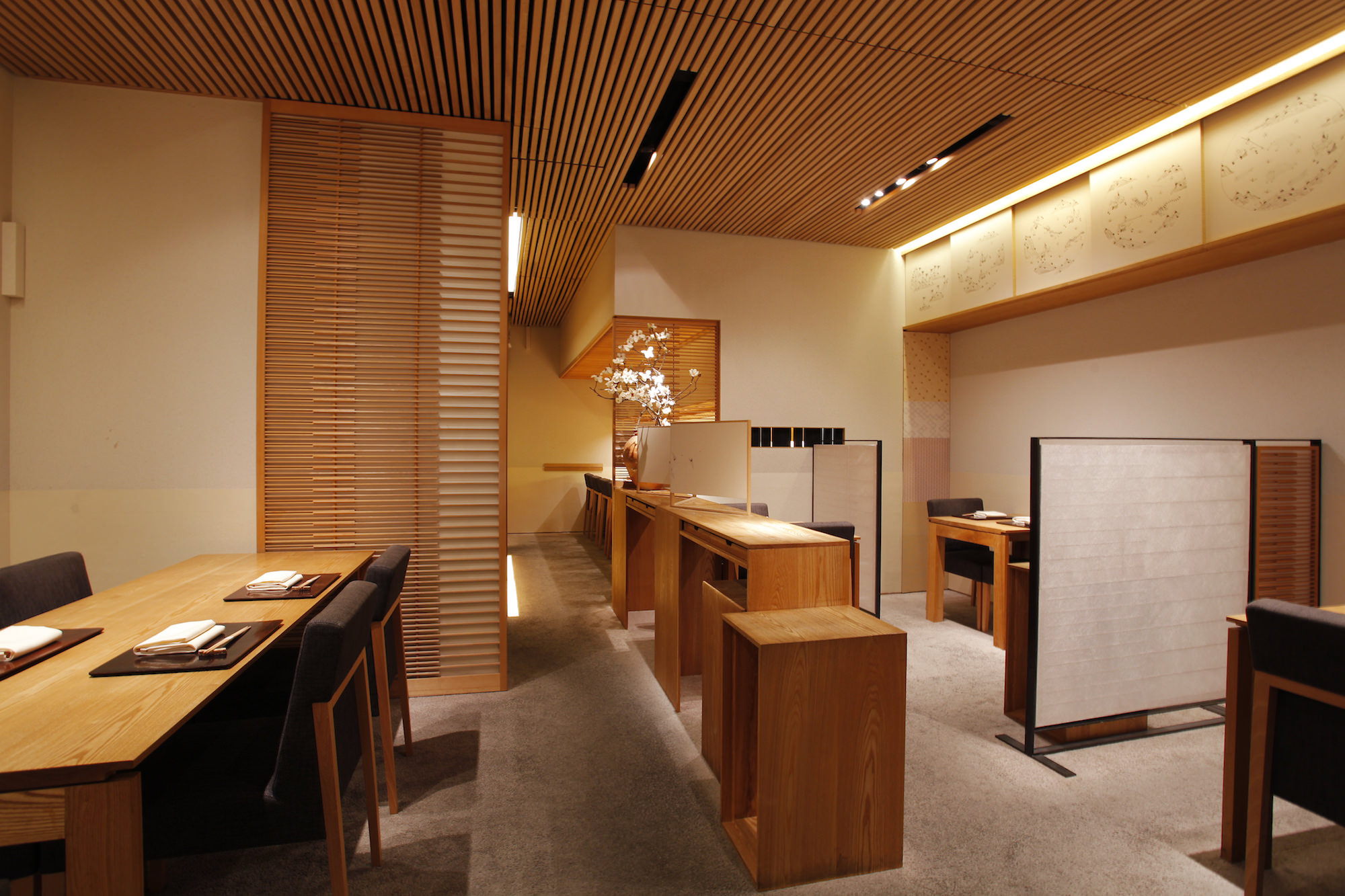 Eat, see, feel. Inspiration exists outside of the kitchen.

Kohaku has dishes that use bold ingredients like sharkfin, truffle, and foie gras, right?

Koizumi:
When Kohaku opened, I wanted to pursue something new and different from Ishikawa. While orthodox Japanese food is wonderful, I think food that has a Japanese core, but also comes with a surprise is fun. I thought that if I could serve that kind of food, it would delight the customers.

Depending on the ingredients, you sometimes don’t use binding agents for ‘shinjo’, that usually uses chinese yam or minced fish. You incorporate things that do not exist in traditional Japanese cooking techniques.

Koizumi:
As a result of thinking how to extract the goodness of ingredients, I have adopted my own techniques or used western techniques but I haven’t done anything newfangled. The dashi I make has bonito and kelp, and even when I use western ingredients, I try to seek the meaning of using them in the framework of Japanese cooking. Of course, I select my ingredients very carefully. For example, when I serve truffle, I ensure that it is of even higher quality than what is used in French restaurants. I think it’s completely pointless If I serve fragrance-less truffle and the customers end up feeling that they would rather have Japanese fish instead.

Koizumi:
Yes. Since we didn’t use western ingredients in Ishikawa, I had to find vendors from scratch. I had to cooperate with a lot of people; for example, I got introduced to them by my friend, who’s a chef at a Chinese restaurant, or I got information from other vendors. I am very grateful.

The menu changes every one to one and a half months. You almost never use the same menu. How do you come up with your ideas?

Koizumi:
I don’t do anything special. I guess eating may be one way. I go to all genres and I often go to Chinese or French restaurants. I also go to Kyoto once every two months. I eat at several restaurants, and I enjoy not just the food, but also the arrangements and hospitality of each place. I try to make the most of my time by engaging with beautiful things. I look at tableware at galleries or museums. I go to temples. I try to make time to experience traditional culture. I often get culinary inspiration outside the kitchen. 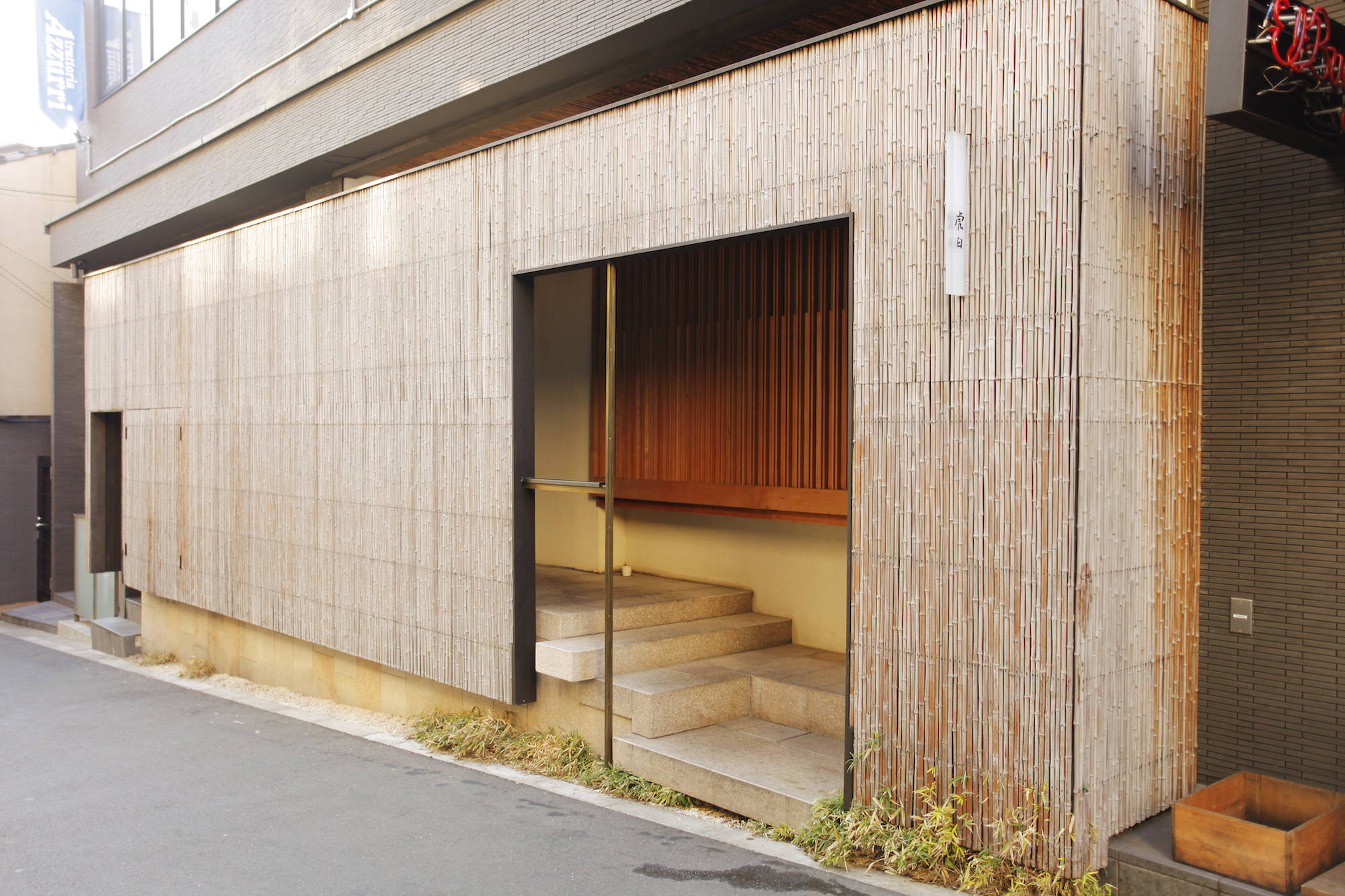