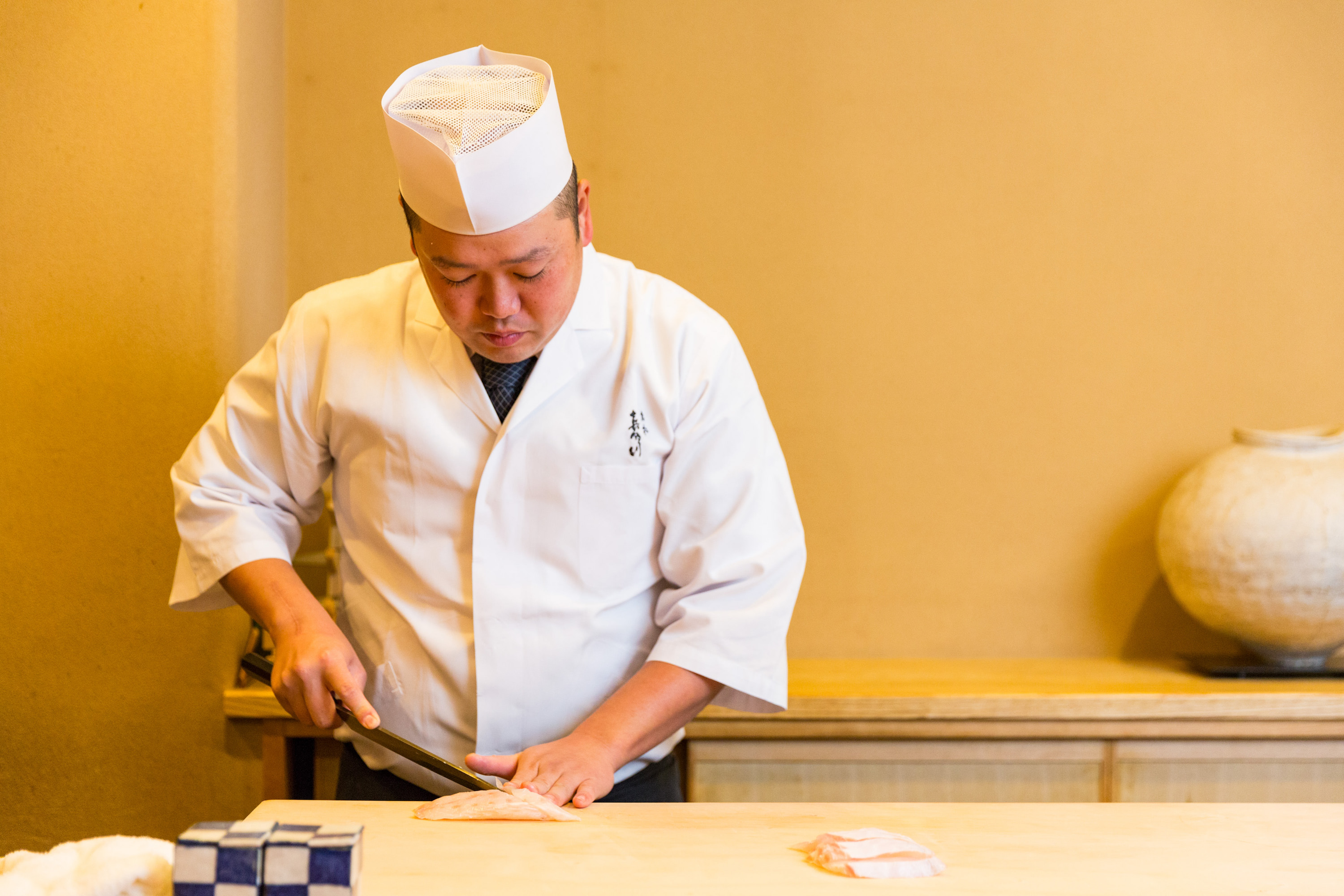 Lined by antique shops and full of history and culture is Nishitenma, Osaka. A tasteful cobblestone approach brightens the mood before the meal in 'Oimatsu Kitagawa', a kyo-kaiseki restaurant opened in 2012. The proprietor is Toru Kitagawa, now 36 years of age. He is a talented man who trained in 'Gion Sasaki', known to be the most difficult place in Gion to get reservations. He was also the head chef of 'Ueno' in Toyonaka. 'I wan't the customers to not just be purchasing the dishes, but also the time and atmosphere' he says. In a calm atmosphere with mud walls and seasonal flowers, he serves fragrant straw-grilled dishes and fish based courses that you won't grow tired of. He has continuously received Michelin stars.
We asked Mr. Kitagawa about his career as a chef, how he came to create the restaurant and about training his staff. 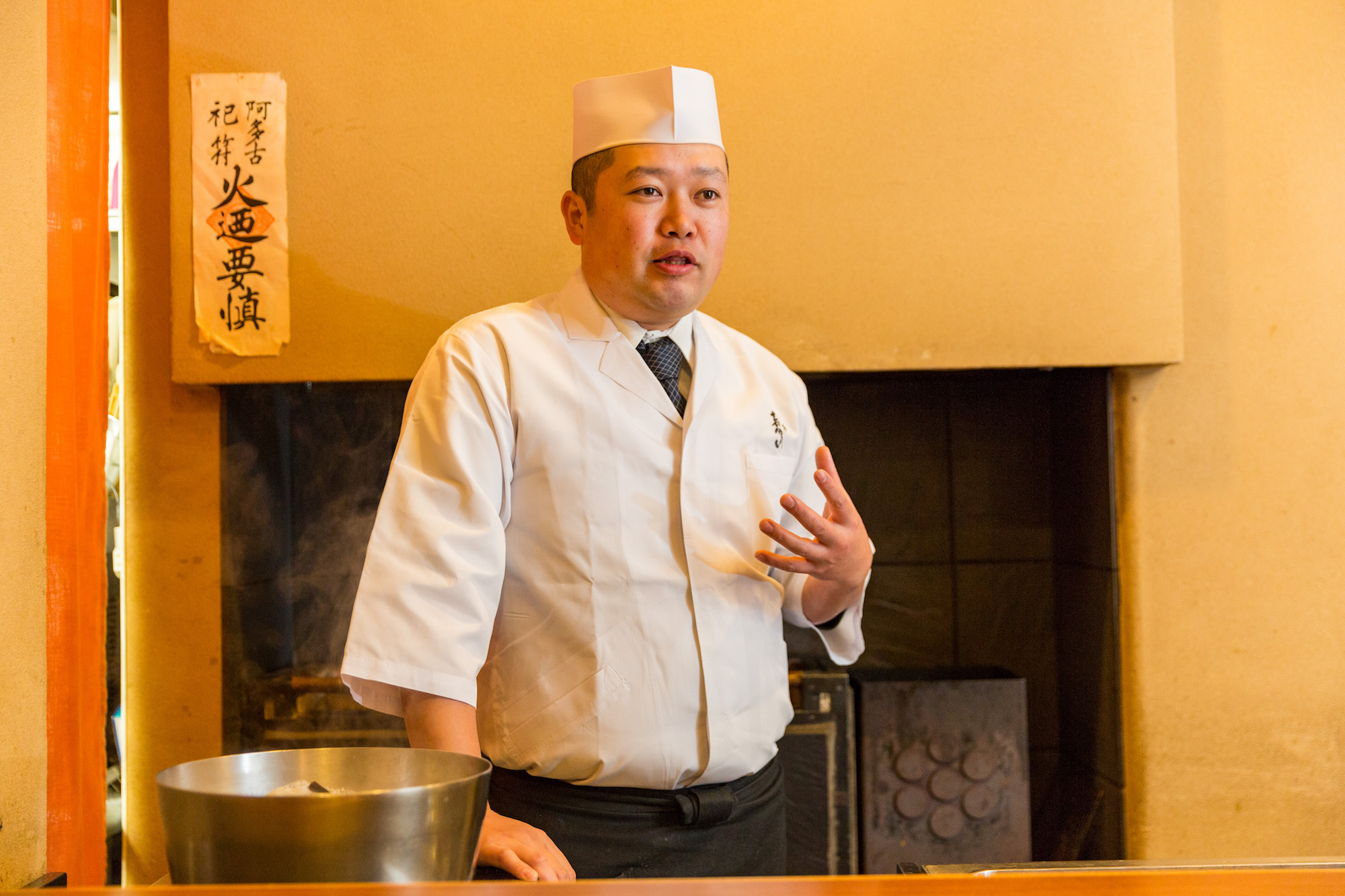 Entry into the world of cooking under the influence of a friend. The vocational school years that helped him build relationships that have continued to last.

Kitagawa:
I hated studying in my high school years, so all I did was play basketball. However, a school friend said that he wanted to become a baker, so i thought, in that case, I’d like to work alongside as a chef. It was something I decided without putting much thought into it.

A lot of people seem to become chefs influenced by their friends..

Kitagawa:
I probably wouldn’t have become a chef if it wasn’t for that friend. I attended Tsuji Culinary institute for a year, however, I had no experience of cooking before then. I didn’t even know any cooking-related words, so there were many times I had no idea what was being said. Even for practical training classes, I just followed the teacher’s instructions.

Did your vocational school experiences come to use? Also, why did you decide to enter the path of Japanese cuisine?

Kitagawa:
I couldn’t get a grasp of the techniques and the technical side of things, but I still keep in touch with my classmates and teachers. I got a chance to enhance my relationships with people and connected with my teachers thanks to Tsuji. I also started a basketball club when I was there, but the people who attended had all kinds of backgrounds, and some people are even working in different industries. I still keep in touch with them.

In Tsuji, we studied both French and Chinese cuisine in the first year, but as a said earlier, there were a lot of things I didn’t understand so I ended up sleeping a lot. I’m not exactly sure why, but I was awake for the Japanese cuisine classes (laughing). It probably suited me well, so I naturally went on the path of Japanese cooking. 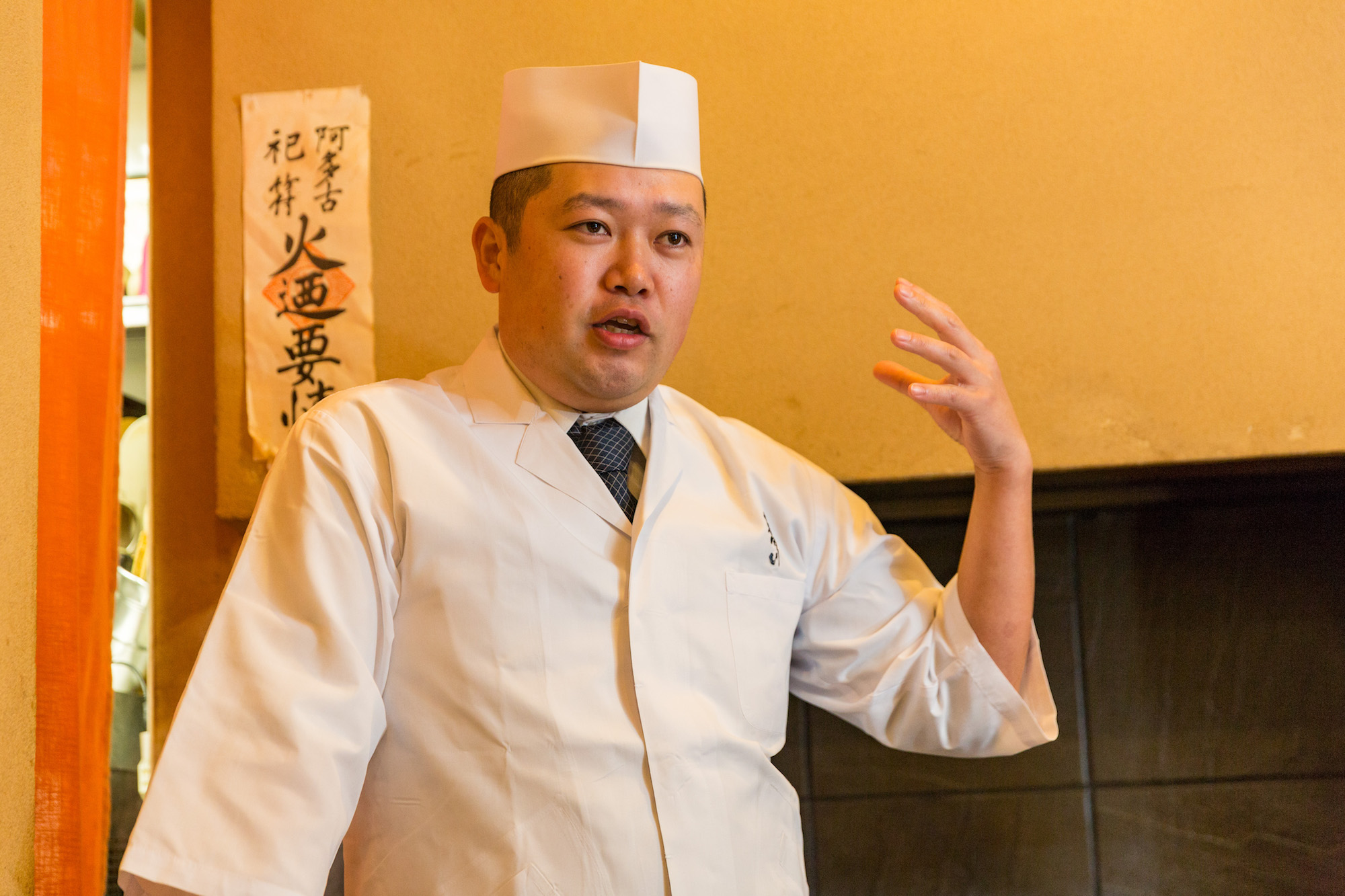 He experienced the basics of old Japanese cooking while polishing off fingerprints in a well-established store.

Where did you go after graduating?

Kitagawa:
Senba Kiccho. I looked into various documents in the career guidance room, and paid visits to a lot Japanese restaurants. For ‘Kiccho’, paying a visit equaled to an interview and it was the first place to give me a job offer. It was a well-established restaurant and competition was high, so I decided to go with it.

How was your training in Kiccho? The first couple of years in Japanese restaurants are reputed to be tough, how was it for you?

Kitagawa:
It was three years long. The year I started working was when the Hakata branch of the shop opened. There were already 16 classmates working altogether in the main branch and Shinsaibashi’s Opa branch, however, the four people assigned to the Opa branch quit on the first day. A year later, there were only six remaining. It was a tough environment.

Initially, I was assigned to the main branch, but had to move to the Opa branch which my colleagues quit. If I had continued working in the main branch, I probably wouldn’t have been assigned much work, other than preparing take-out boxes. However, at the Opa branch, I was able to knead sesame tofu from my first year. I was lucky because I was delegated tasks such a supporting cooking, which I wouldn’t have been able to in the main shop in my first year. A senior chef from the Yakata branch (man branch) later told me that he was envious to see me assigned such tasks in my first year.

Of course, I also did tasks like polishing pots or cleaning. I cleaned the pots so much that there were no traces of fingerprints on them for three years.

One good point of having long working hours is that there is no time to think about trivial things. People who have long breaks have chances to talk to people and come to conclusions like ‘so-and-so is not working as hard as I am, but getting paid double.’ That kind of thinking will lead you to quit the world of cooking.

But personally, I think it’s great to develop a family-like structure and have a close and loving relationship with the people we work with, like old times. I feel that the restaurant industry is become too commercialized nowadays.

What do you think sets you apart from the people who quit within a day or a year.

Kitagawa:
I have no idea. After a year of working, I was no longer able to put up with the aspects that didn’t fit into my ideal. At that time, the assistant head chef told me, ‘What can you understand from working one year? Try working three years. Maybe you’ll get a new perspective’. I decided to go with what he said and worked hard for three years.

Then, a couple of years after I quit Kiccho, I felt glad to have worked there for three years. The severity of having to polish pots until the fingerprints disappear, or for even one sesame tofu, I had to broil and strain it, so there were days that I did nothing but touch sesame all day; these kinds of old-fashioned practices were things I couldn’t experience anywhere else.

You know, a normal shop doesn’t take so much time to make sesame tofu. Later, I came to understand that I was able to experience it because of Kiccho. 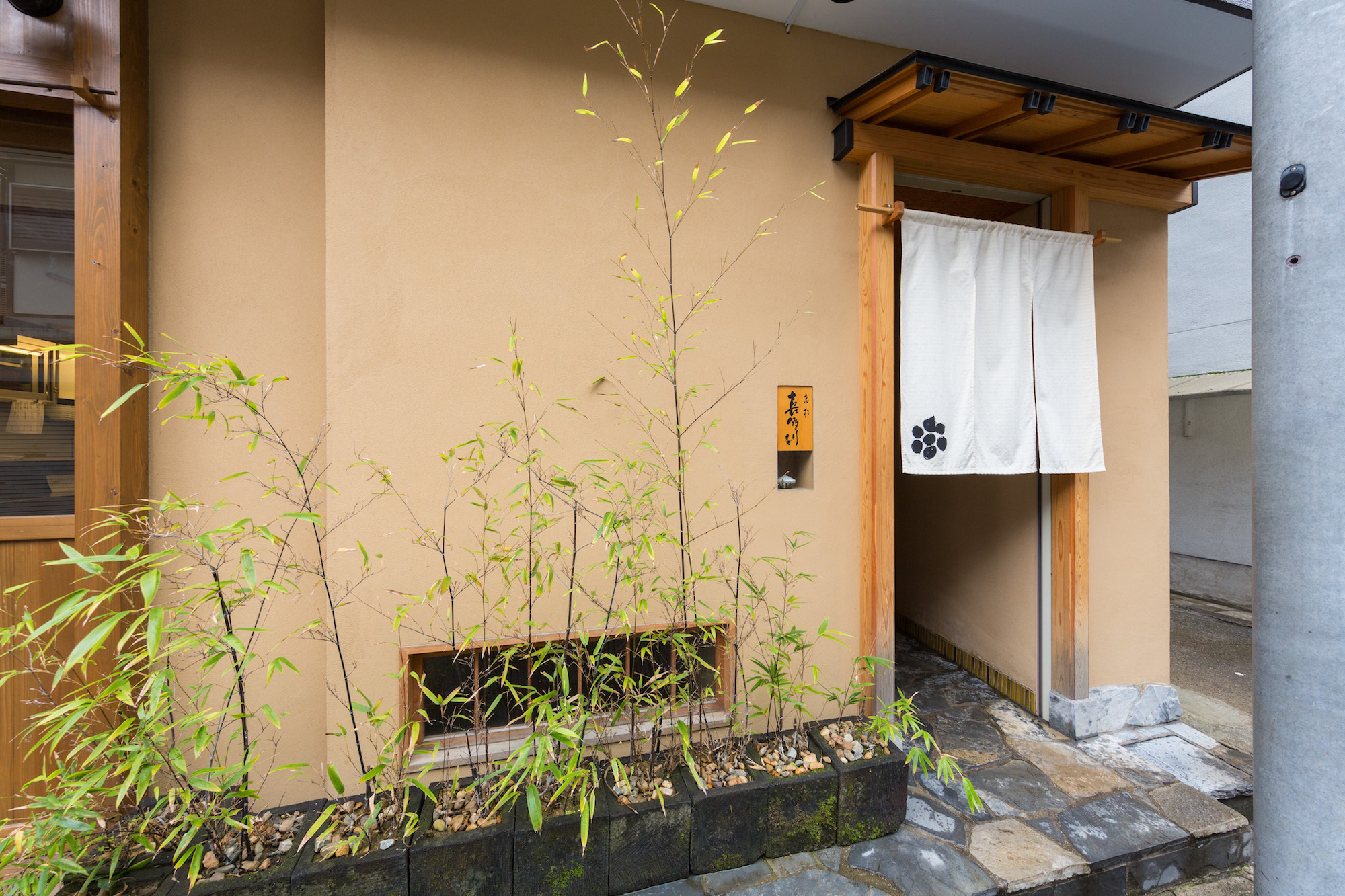