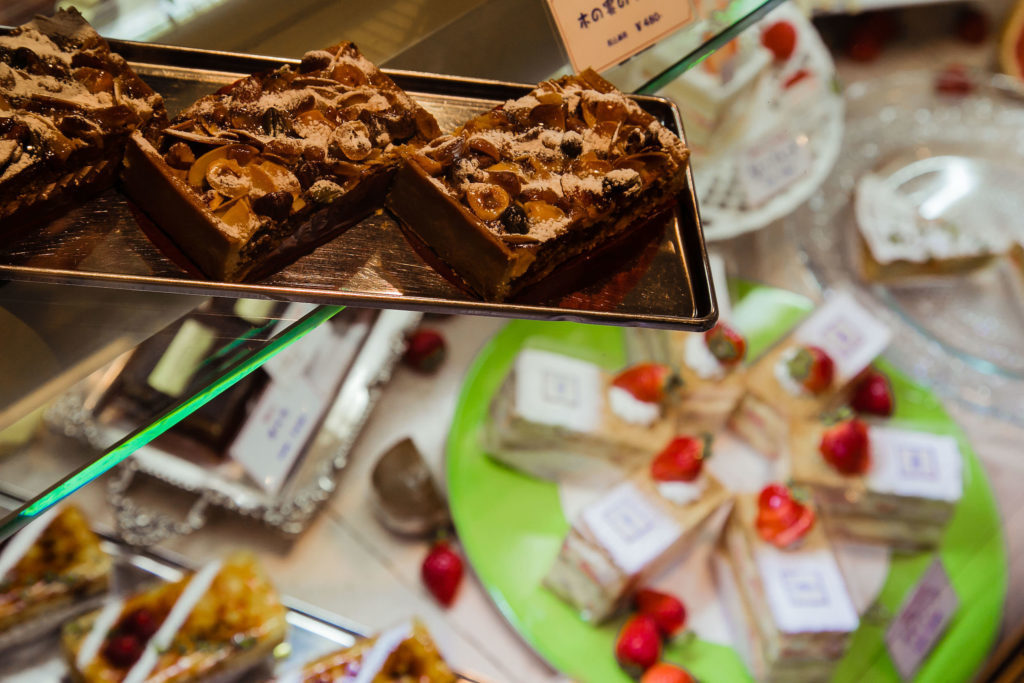 Food is based on materials. Noting strong preferences towards materials recognized by the Ministry of Agriculture.

You received the Ryori Masters (a Ministry of Agriculture award to honor chefs who contributed to the succession, development, use, and spread of Japanese food and food culture); why were you awarded it?

Mr. Nishihara:
I think there are several reasons, but a big point is because I am making sweets with agricultural producers.

For example, there is a region called Mizuo in Kyoto that is known as the origin of yuzu citrus, and there was a plan of making it known to more people – planned by Kyoto City and KBS (a Kyoto broadcasting company).
An offer came to me, an idea of making yuzu for pastry which might help it gain popularity.

As I heard more, they said it would also contribute to the regional development of Kyoto, and I accepted it if that would help.

For others, I have joined a contest event for sweets using ficus carica fruits from Shimane Prefecture. This was also part of a regional development issue, and I hear that those activities were acknowledged.

Not only do I attend those “extra-curricular activities,” but also I use fresh materials which I integrated by talking with farmers at my shop.

This is because I was trained by Mr. Chapel about the importance of materials: food starts based on the ingredients.

What are your thoughts towards the materials that you use at the shop?

Mr. Nishihara:
As an example, 80% of patisseries use frozen fruit purees, but in our shop we do not use it much. To avoid misunderstanding, I am not saying that using frozen puree is bad.

But when using frozen puree it is hard to venture out. It is reliably delicious, but the frame is small. Fresh fruits, compared to frozen puree, have fluctuation in quality. So it might be super delicious, but sometimes it comes out to be not so good. There is a great deal of fluctuation.

Ideas come when you think about how to control that fluctuation and draw out the taste.
This is a point where we can show our skill. 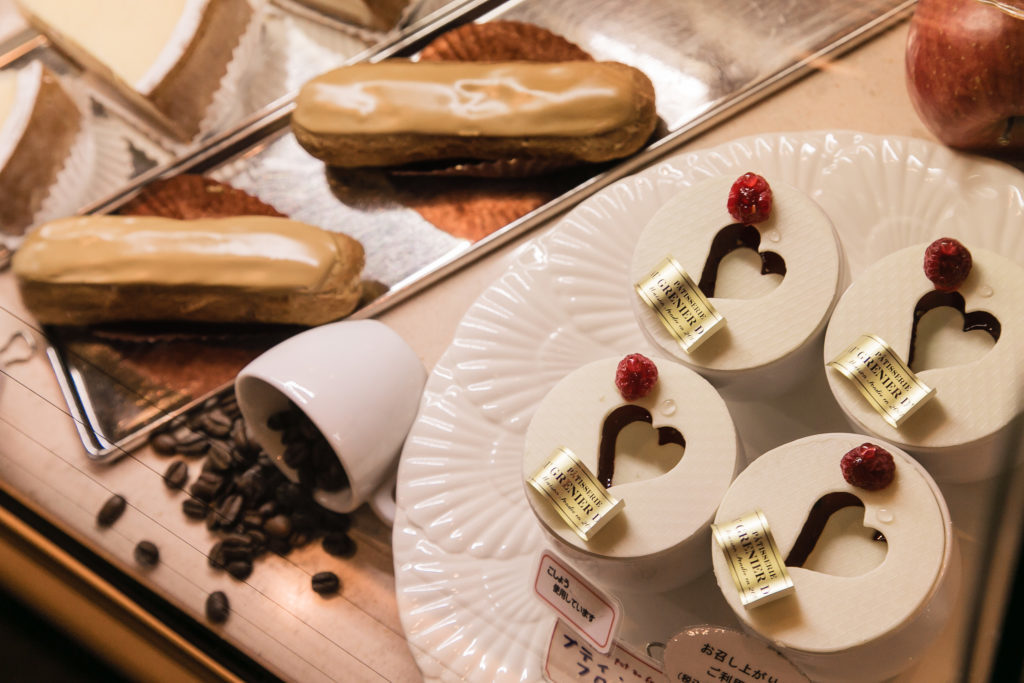 Experience various things and raise the awareness of your senses. Everything in daily life is consolidated into sweets.

The environment for young people who aim to be patissiers has changed immensely compared to the past.

Mr. Nishihara:
I really think so.

Back in our era, the information we could get was sparse and there were few things that we could set as goals. On the other hand, there are so many things that young people now can get and it might be very hard for them to set goals for what they need to strive for.

It is not only about patissiers but many jobs that require skills seem glorious and beautiful on the surface. Actually, in France, patissiers are not considered “chefs” but “artists” instead.

But behind it of course there are tough parts. And that is not known very well, perhaps.
And in this era, whether they can continue this job or not depends on the understanding and support of parents.

So we have to shine more brightly and share the appeal. We have to be the ones that young people admire.

Finally, please give a message to the young people aiming to be patissiers.

Mr. Nishihara:
Similar to how I was, when you are young, please be the one who gets cheered on and is good at getting support. Being cheered helps you open up your future, like it did for me. 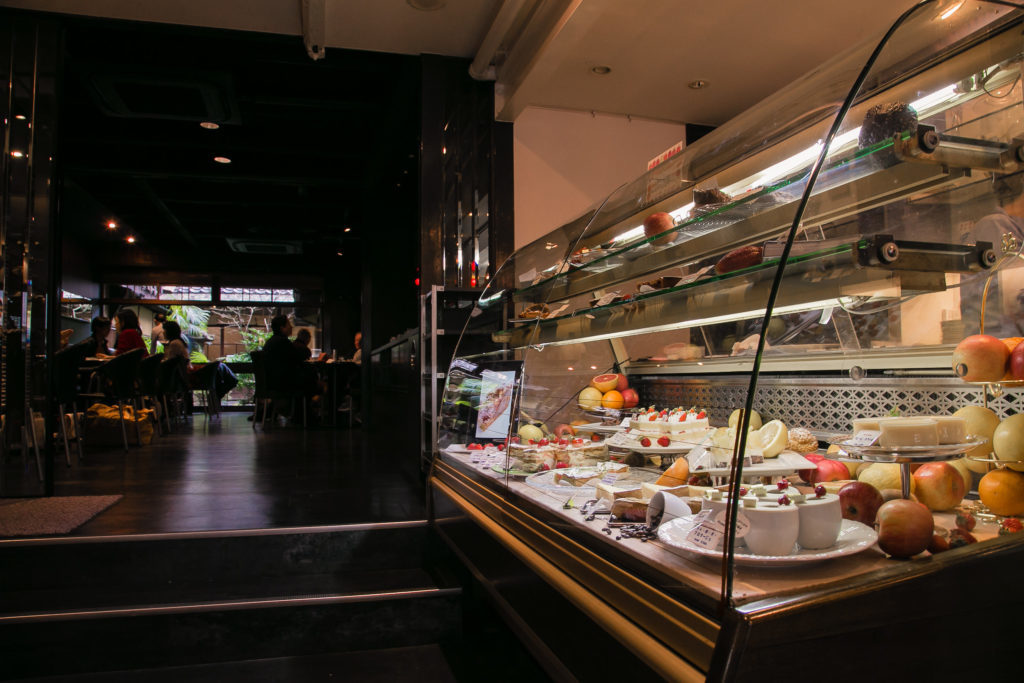 Patisseri au Grenier D'or has eat-in space on the first floor and the patisserie and another room on the second floor, with gorgeous speakers lined up, making it look like a room in a European castle.
We, the camera team, were invited to the room and were able to hear from him for seven hours.
That was indeed Mr. Nishihara’s “wholehearted” hospitality. We were into Mr. Nishihara’s stories, forgetting about the time. Mr. Nishihara is a man full of vitality and exuberance and is a rare man who can also infuse those qualities in others.
Through the interview it was impressive to see his style; he enjoys his life fully and faces work and daily life with boldness and sincerity. Talking about the shop, he said not “closing” but “graduating,” and has pursued the next stage where he can continue growing throughout his life.
Where will he grow next time?
Prev Page
Next Page