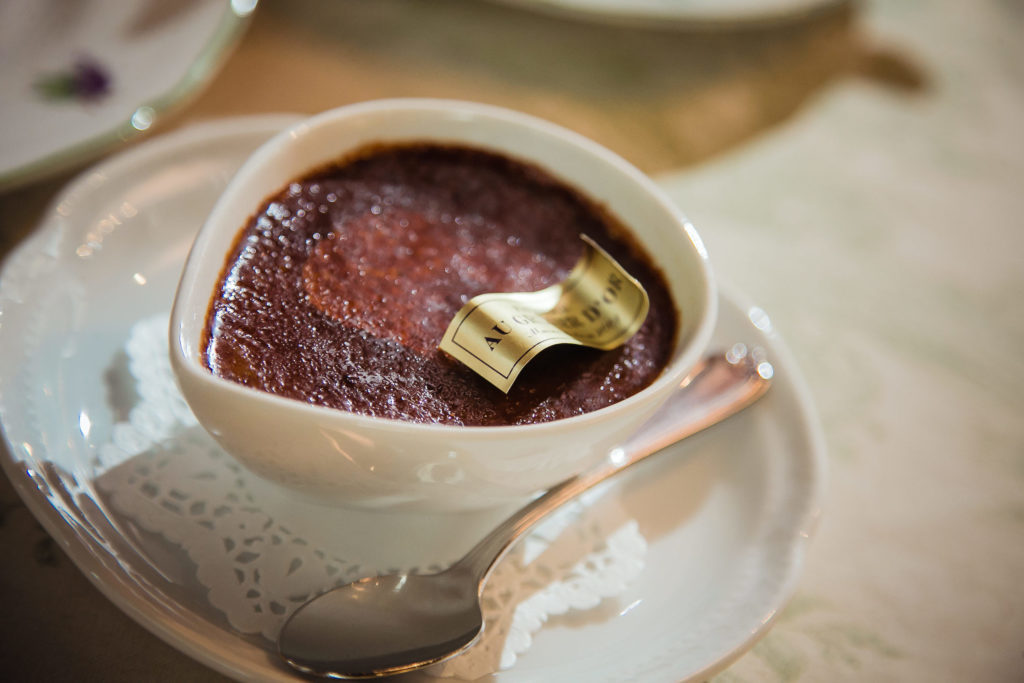 Life in France, working as a servant. Days of stealing glances at field techniques.

How was the training in France?

Mr. Nishihara:
I stayed in France for three years, but I started as a part-time worker serving as a buyer at Japanese restaurant funded by Suntory. I went to the market around three in the morning to buy, but it was fascinating since most of materials were new to me. I also could buy and eat which I liked.

After working there for about a year, I worked at several French restaurants.
When I was working at one, there was a 15 year-old boy who was a grandson of the owner. I was 26 back then but I was working as a servant with him.

Then that 15 year-old boy asked me, “Kinzo, what are you going to do in the future?”
Seeing an adult who couldn’t even speak well doing the same servant job in a foreign country as him, he was worried about me.

For me everything in France was new and fresh, so I was learning many new things. I was washing dishes with this 15 year-old but I was able to see the cooking process of hors-d’oeuvres. So for me it was what I wanted because I was able to “see” what I had learned in school for real.

However, they did not show me such things as recipes, or teach me about specific details of the food. So I took notice of which materials were used how and how many grams and wrote notes line by line. I was just like a spy.

Was there any impatience?

Mr. Nishihara:
Of course. Actually I had a thought of giving back favors to my father who let me do freely and wanted to show my parents when I succeeded, coming home with proof of my achievements. So I thought I should not waste any time. My aunt in Kyoto also was pushing me to come back home.

Life in France was free. I had a fear that I could go down gradually if I did not have any plan.

Actually there were other Japanese who came to France to train, and happened to become like they were not sure why they came all the way. So I had a strong mind that I should gain something in France, I should not just go and come back for nothing.

With that in mind I joined a competition, thinking to make a mark of my three years of stay in France.

I was fortunate to receive the bronze award, but I think it was because of a fear in me.
This award brought me much confidence. 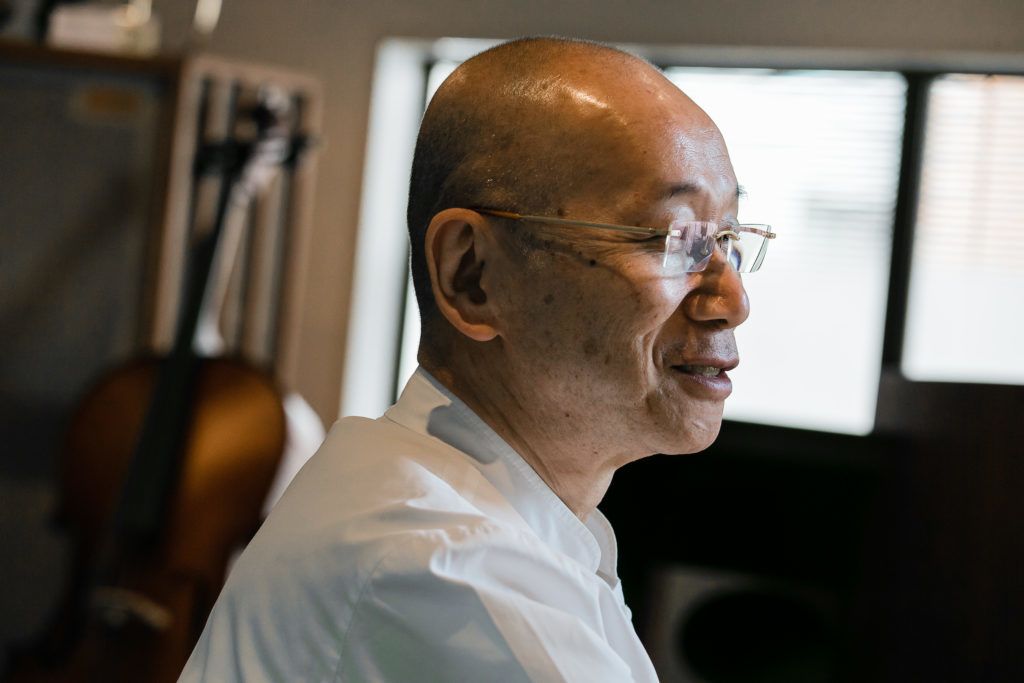 In order to measure my determination, I quit smoking. Going to the new stage after returning to Japan.

Please tell me about coming back to Japan.

Mr. Nishihara:
Well, I was anxious. My job back in Japan was not decided. I had been acting freely, but since I had decided to get married, I felt the pressure of being able to earn money.

Just as soon as I landed in Japan, I felt that I need to have a strong determination.
In order to do so, I swore to quit smoking. Until then I hadn’t been able to quit smoking and bought cigarettes even when I did not have money.

So I told myself, “Okay, let’s measure my determination by trying to quit smoking. I will challenge myself.” If I could quit, I thought I could give a big impact on my life.
When I came back home, I smoked the last one.

To others it was, “You just quit smoking, right?” but to me it was a big deal.
I was able to defeat myself.

It became a big source of confidence as my experience of success. I bet my life, challenged, and achieved it. Since then I could have confidence in not being fearful of anything, so even when I had anxiety or pressure, I could become the version of myself that can battle against them.

Did you talk to your parents as you started over in Japan?

Mr. Nishihara:
To my parents I introduced my wife and mentioned about getting married. For my career my father told me that I could do anything until I was satisfied.

I was able to get permission to continue to explore my favorite job.
I still appreciate them now.

From there what kind of job did you get?

Mr. Nishihara:
Back then in France Mr. Alain Chapel, a great chef who earned three stars and the MOF gained attention and he was appearing in mass media and everything.
He passed away young at age 52, but he left great achievements in the field of French cuisine.

I also admired him and thought about if I could meet him, but I did not get a chance while I was in France.

But in 1981 I heard about a Japanese branch of Alain Chapel on the top of Kobe’s Portopia Hotel.
So I had in mind that I wanted to work there when I came back to Japan.

But when I came back my friend asked me to help as he was going to open a restaurant on the basement floor of the Royal Hotel, so I started working as patissier. One year after I started working I heard that there came a vacant spot in Alain Chapel, so I approached them.

Fortunately, a friend of my wife and members of Kyoto Grand Hotel that I used to work with were there as employees. There was also a chef who remembered me fondly from my days of carrying beer so I told him that it was my dream to work as a patissier at Alain Chapel, and he said that they were just looking for a patissier and asked me to come. It went smooth. It was when I was 32 years old.