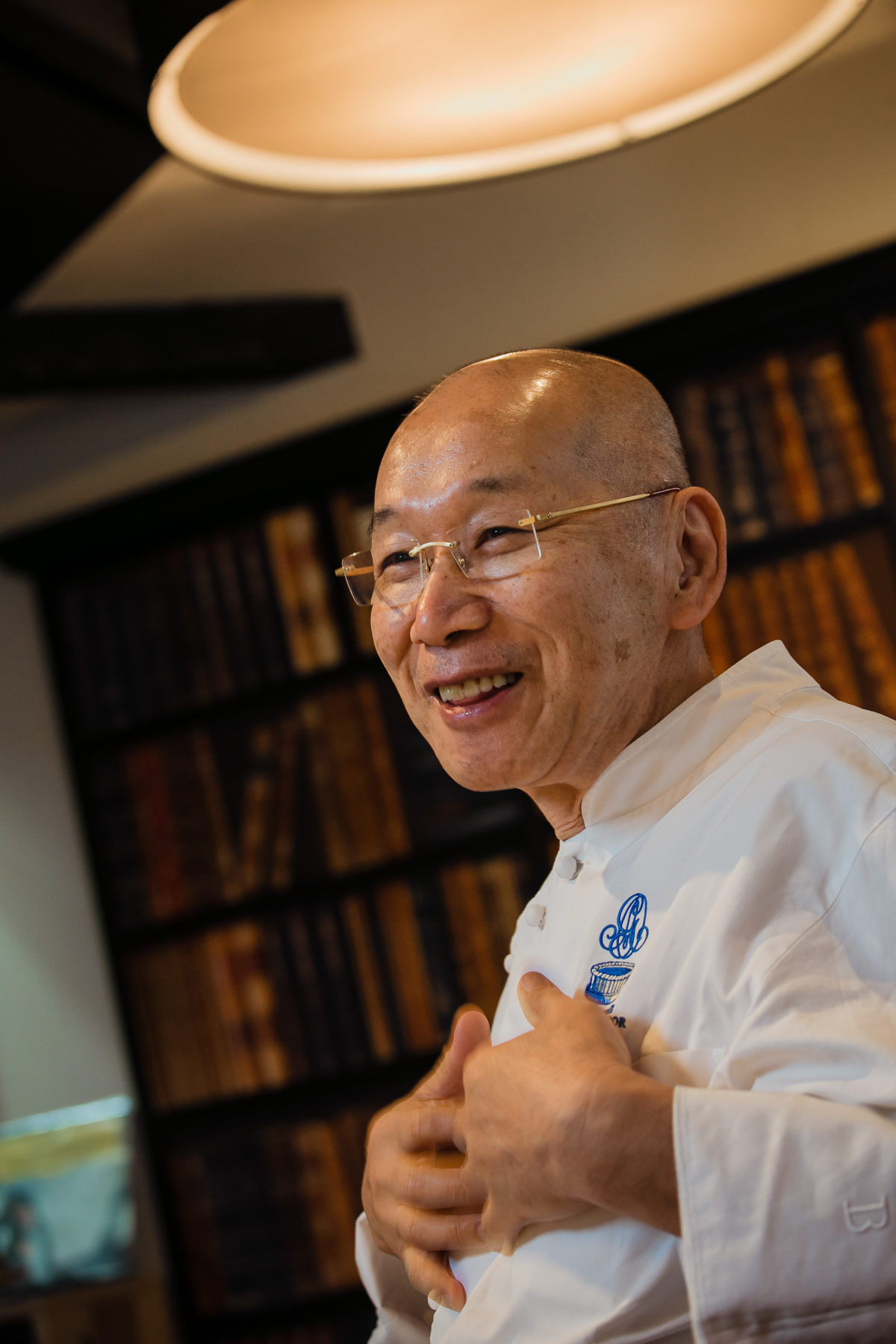 Hotel era, devoting all my energy to my hobby. Paths were opened by being beloved.

How was your life at the hotel?

Mr. Nishihara:
At the hotel I lived in a dormitory, so I spent all my salary on my audio and camera hobbies. Back then at the hotel I did not have to spend any money for food, alcohol, or cigarettes. It is impossible now.

But the experience of doing a lot of crazy stuff is irreplaceable for me, I think.
That is because I could find something I could be into. It is a wonderful and grateful thing.

For the new boys, there is a job to distribute drinks to the kitchen staff at the end of work. Back then I was beloved by the chefs in the kitchen and they taught me cooking.
I think I was able to be beloved after joining the real world because of my social skills from growing up in a big family where I was also loved. So I was able to open the path to my career. 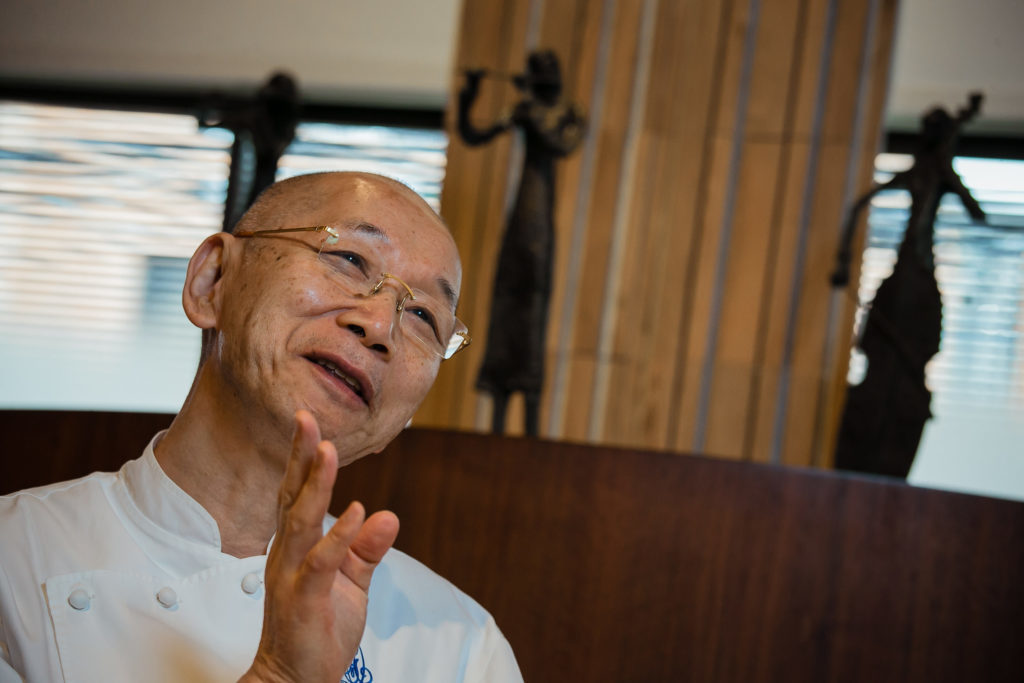 Being overwhelmed by passion and power towards French cuisine by Mr. Shigeo Tsuji, and
aiming for France.

What was the next step after working at the hotel?

Mr. Nishihara:
After working at the hotel for three years, I really had a thought of moving to the culinary path, so I decided to go to culinary college to learn how to cook. But since I spent my money on my hobbies and was out of it, I worked a part-time job and earned money to enter.

During school I also worked to earn tuition fees, so I almost failed to graduate due to lack of attendance. When I received my diploma, my teacher told me, “It was quite difficult to let you graduate.”

What was it that you were influenced the most by in culinary college?

Mr. Nishihara:
I was able to learn many things at Tsuji Culinary College, but what influenced me the most was Mr. Shizuo Tsuji (*2), the principal of the school. I was overwhelmed by his passion and power to teach the real French cuisine.
Then I thought I wanted to go to France to learn French cuisine in earnest.
As a result, leaving my hometown and going to France became my big turning point.

*3: Meilleur Ouvrier de France is an award given to craftspeople with great skills who are worthy as successors of French culture.

Did you go to Frrance soon after graduating college?

Mr. Nishihara:
No, no. I did part-time jobs in Japan to earn money to go for six months first.

But since I had a career in the hotel, I was able to work at a restaurant with high salaries, such as a membership restaurant that serves only VIPs in the hotel.

Thought I had said that I would go to France for advanced training, I was hired as a full-time employee and was able to earn a lot by working hard.
While working at the membership restaurant, I was able to get to know Mr. Wasaburo Fukuda. He was a person who was playing an active role, and when I told him about my situation, he told me to visit him when I went to France.

It was really encouraging that I could go to France having someone to rely on.
He allowed me to stay at his apartment for three weeks and supported me to start my life in France. It was the same time period that I met my wife. I traveled to France with him, too.