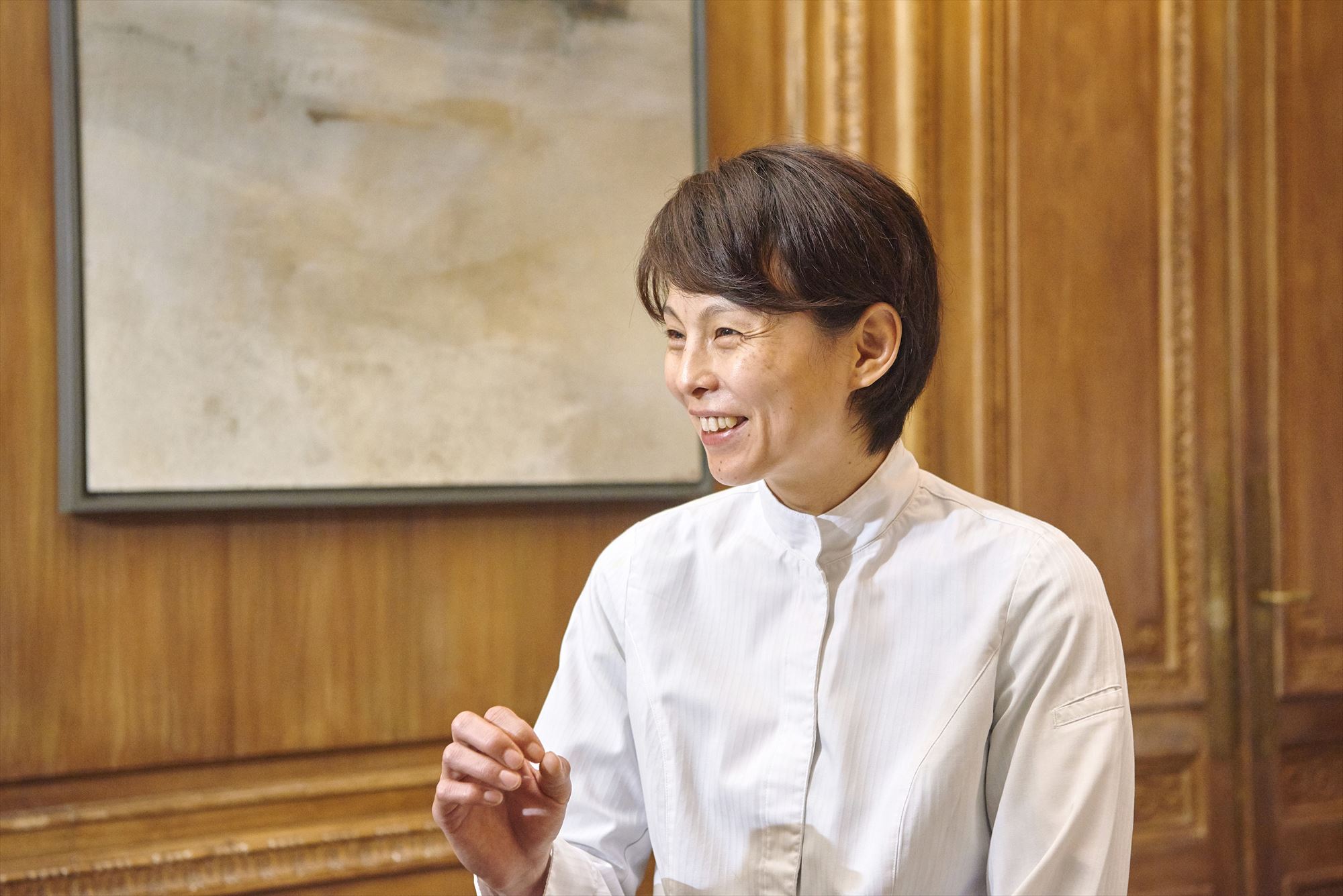 Taillevent, a Michelin 2 star restaurant, which was opened in 1946 in Paris , has been obtaining Michelin stars for more than 30 years.
Ms. Kimiko Kinoshita, who serves as a chef pâtissier at the first class restaurant with a proud tradition. She supervises a team of five and creates 10 kinds of desserts every month. On weekends she creates pastries at PR events of Japanese food. She has been exploring the road of chef pâtissier even on her days off and weekends. She has gained the trust of her peers for her passionate work, but as for herself, she is quite humble. We took a chance to interview her about her 16 year path as an artisan. 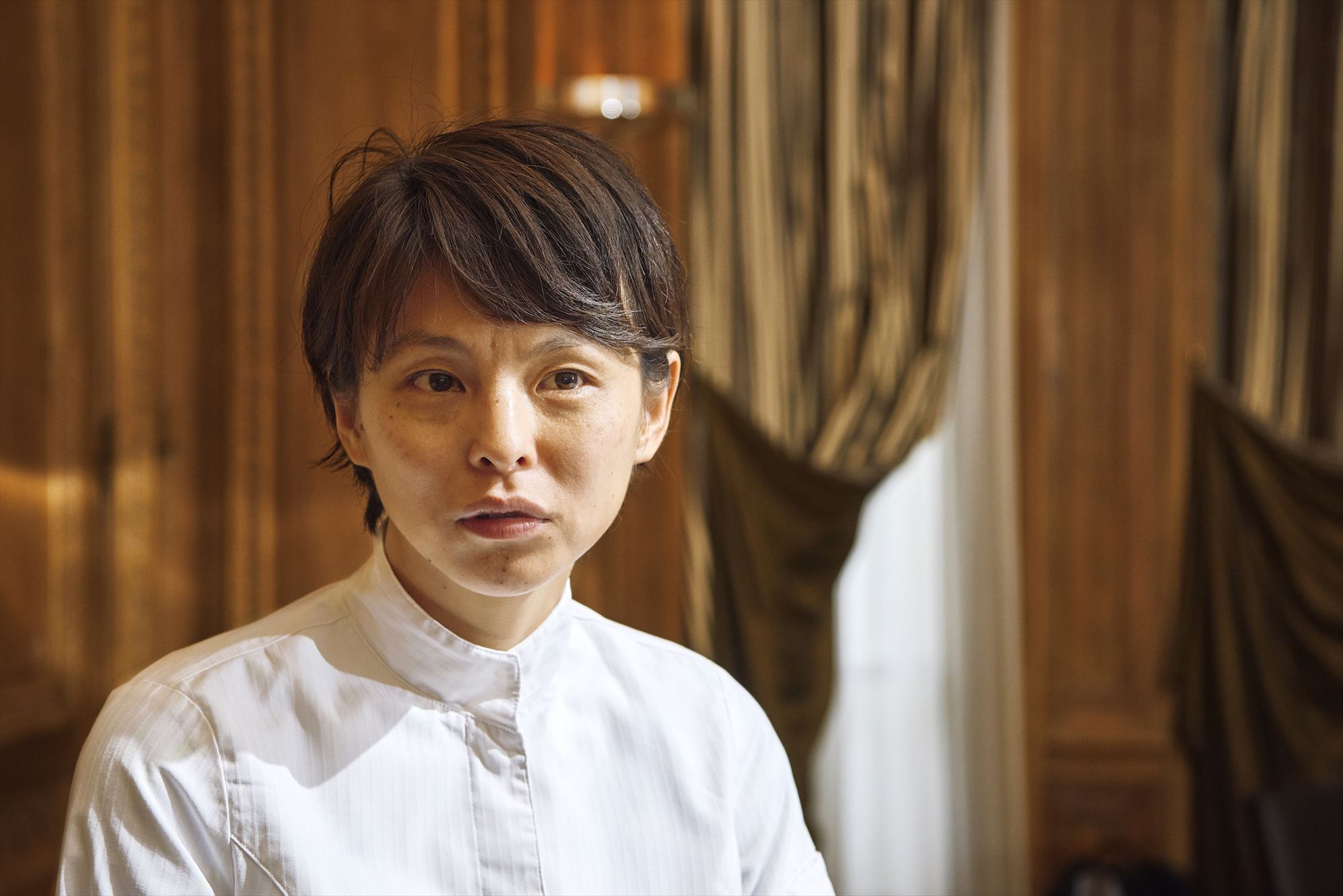 The first step to becoming a chef pâtissier was making gateau au chocolat for my mother.

What made you decide to be a chef pâtissier?

Ms. Kinoshita:
I have loved sweets since my childhood. By the time I was an elementary student I had my mom buy me recipe books and I started cooking sweets at home by myself.
I cooked both Japanese sweets and pastries a lot. However, we lived in the country side so my mom never cooked pastries and there was no pastry shop nearby.

The main reason was the hospitalization of my mother when I was in elementary school. I cooked gateau au chocolat for her and took it to the hospital. She was very happy which made me glad.

After graduating high school, I entered a 2 year course at college in Nishinomiya, Hyogo, in order to get a cooking license.

Culinary seems to be a world of men, but didn’t your parents object?

Ms. Kinoshita:
They never objected, but my mother once told me, “It is okay to do a job that you like, but you like it because it is not your job.” But, I like culinary so I continued with it. I did not like studying so I did not want to sit the a university entrance examination. 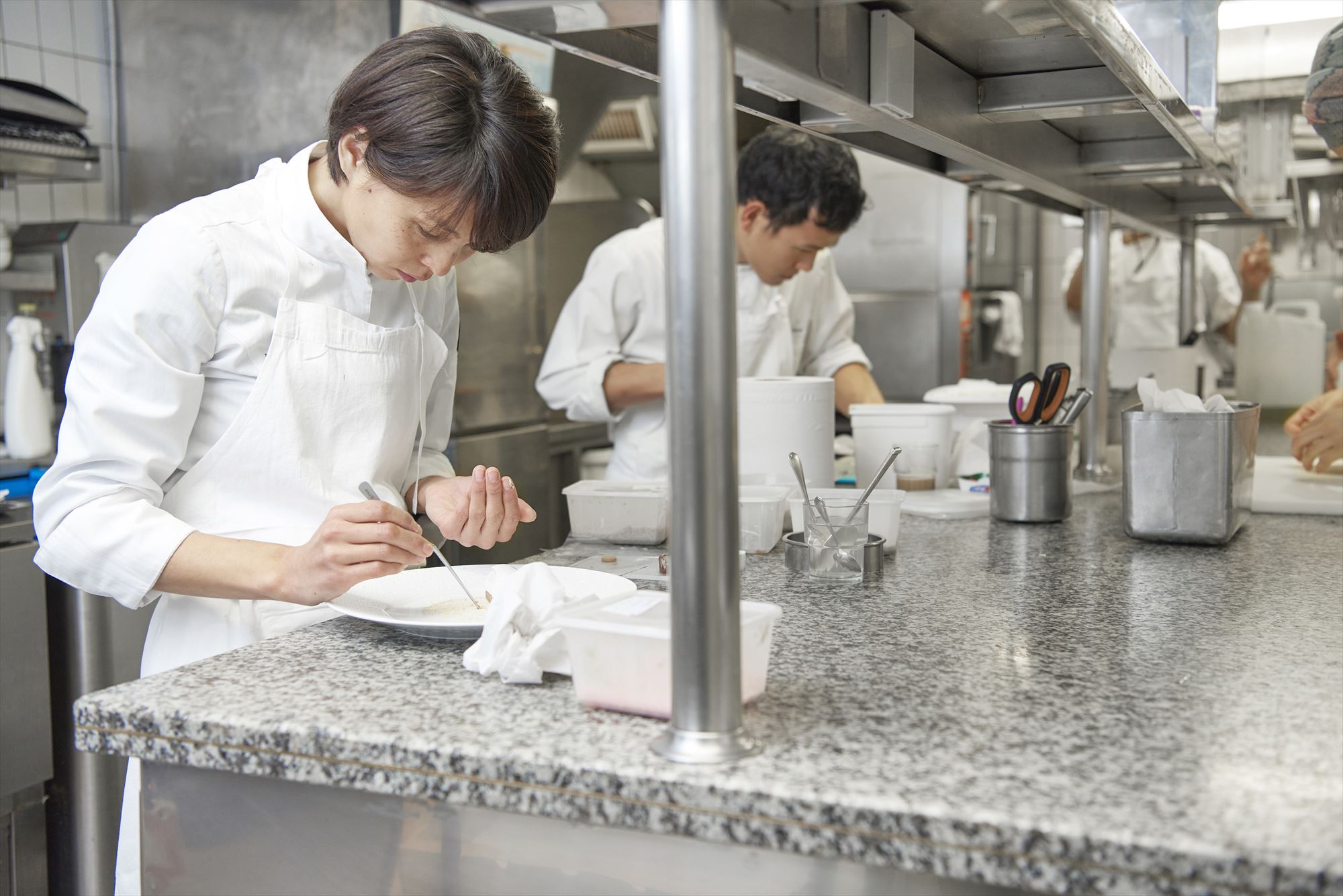 Training period made me think about going to France.

I heard that you worked at a restaurant, not making pastry in the beginning.
What kind of work did you do?

Ms. Kinoshita:
At the first restaurant I worked at as a full time employee, I did everything from serving, washing dishes, making desserts and appetizers, and then I worked as a kyuison. I worked there for a year and a half. I worked at the next restaurant for 2 and a half years. I worked from 8am until 11:30pm with only a 30 minute break and one day off a week. There was no vacation or paid leave of course, nor obon break. We only had a break for New Years.

After that, I was introduced by the chef to “La Rochelle Osaka“, and it was the first time to work as a chef pâtissier. I was 24 years old. There was only another chef pâtissier and myself.

When did you start thinking about France?

Ms. Kinoshita:
The Chef of the 2nd restaurant I worked at was in France for 2 or 3 months and there was also a chef at La Rochelle who lived in France for 6 months, so I had heard a lot from them. I guess I started thinking about it then.

I was cooking French cuisine but I felt awkward that I had never been to France.
So I wanted to go. I actually went there 3 years later when I was 26 years old.

Back then, it was difficult to apply for a French working holiday visa, so I used a recruiting agency to find a job, and then I applied for a training visa. It was at Le Pavillon des Boulevards. The sous chef was Japanese and they decided to accept two people from Japan every year. I was supposed to work as a chef pâtissier, but when I arrived, I started as a garde manger (a chef in charge of appetizer) because they lacked certain staff.

When my training visa expired, I could not speak French at all, so I thought of going to language school to study French. I returned to France on a student visa and went to Paris.

The reason why I chose Paris was not only because I thought that it was advantageous if I could not speak French, but also I was not satisfied with the quality of the pastries in a small town.

When did you go to France for the first time?

Ms. Kinoshita:
I was 21years old when I traveled to Italy and France. I remember that I was impressed by the gateau of Sadaharu Aoki when I visited Paris. He had won an award for it, but there was no shop in Japan back then. So I thought, “How is this possible!” Other than that, I researched and visited cake shops in towns such as Sucré Cacao.

You were already doing eating tours even at the age of 21.

Ms. Kinoshita
I don’t have any other hobbies. I love eating. I was also impressed by a duck confit served at an ordinary cafe. 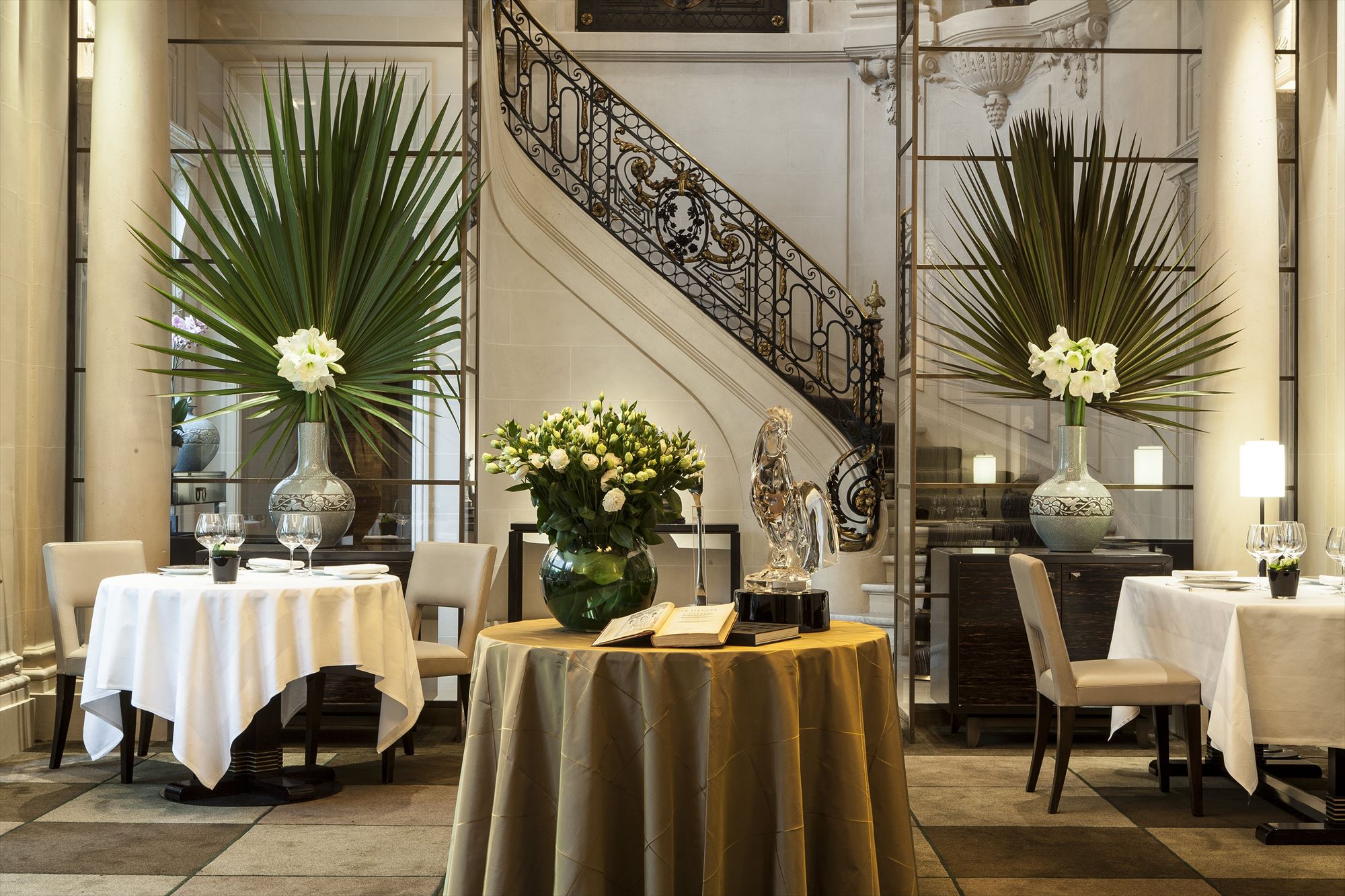