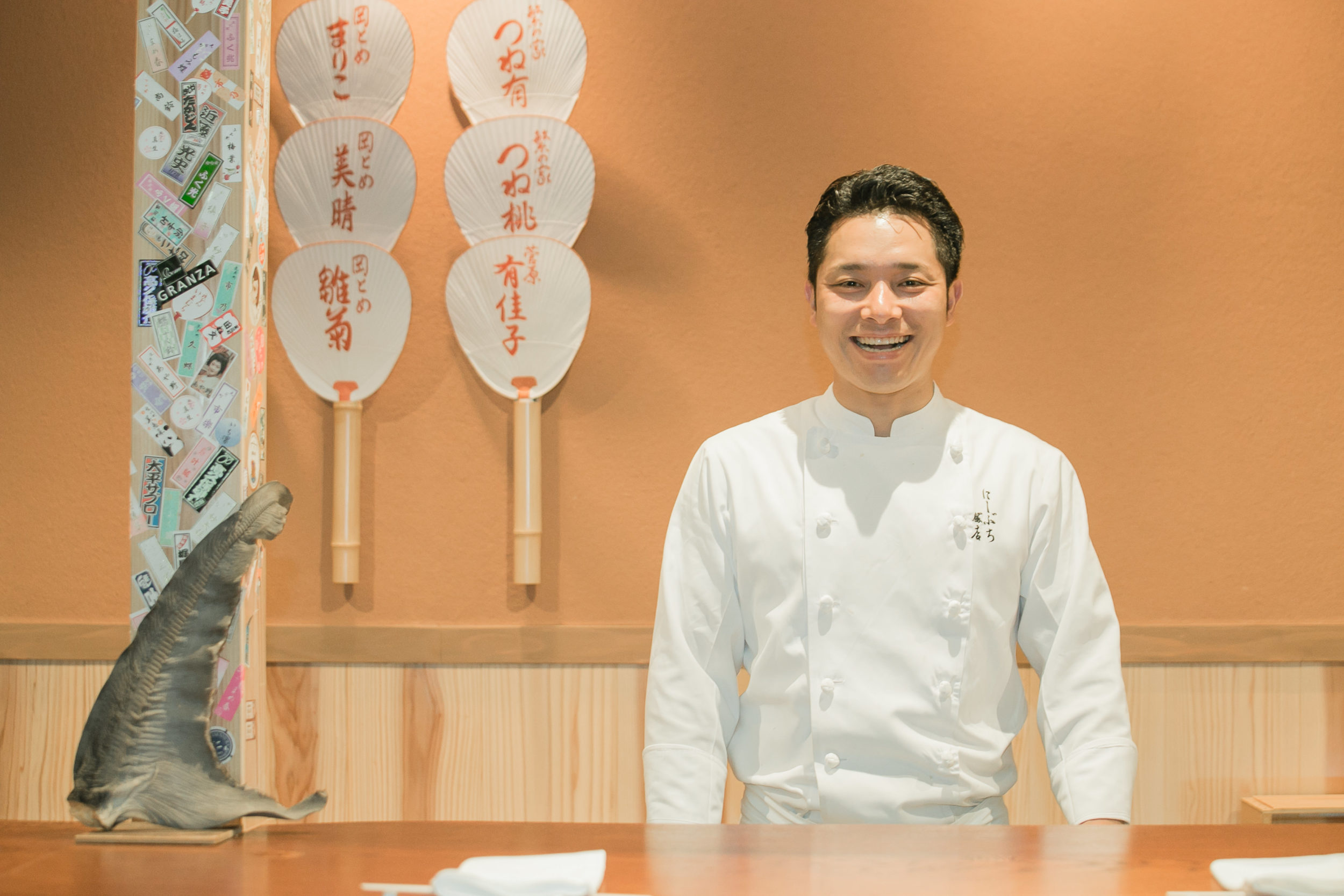 The Chinese restaurant Nishibuchi Hanten is in the traditional townhouse of Yasaka Shrine, in Kyoto. Restaurant owner Nishibuchi Kentaro has acquired his skills working at the Chinese restaurant Kakan in Kyoto Brighton Hotel, which is a well-established Japanese restaurant, as well as at Gion Sasaki. In his Chinese cuisine, we can find a unique taste of the world by combining Japanese ingredients and methods. At the age of 29, he became an owner of the restaurant but he faced difficulties which he did not expect when he opened the restaurant. That led him to temporarily close the shop for four months shortly after it was opened. What happened to the young restaurant owner? In this interview, he openly talks about what he was struggling with and the conflicts in his mind. 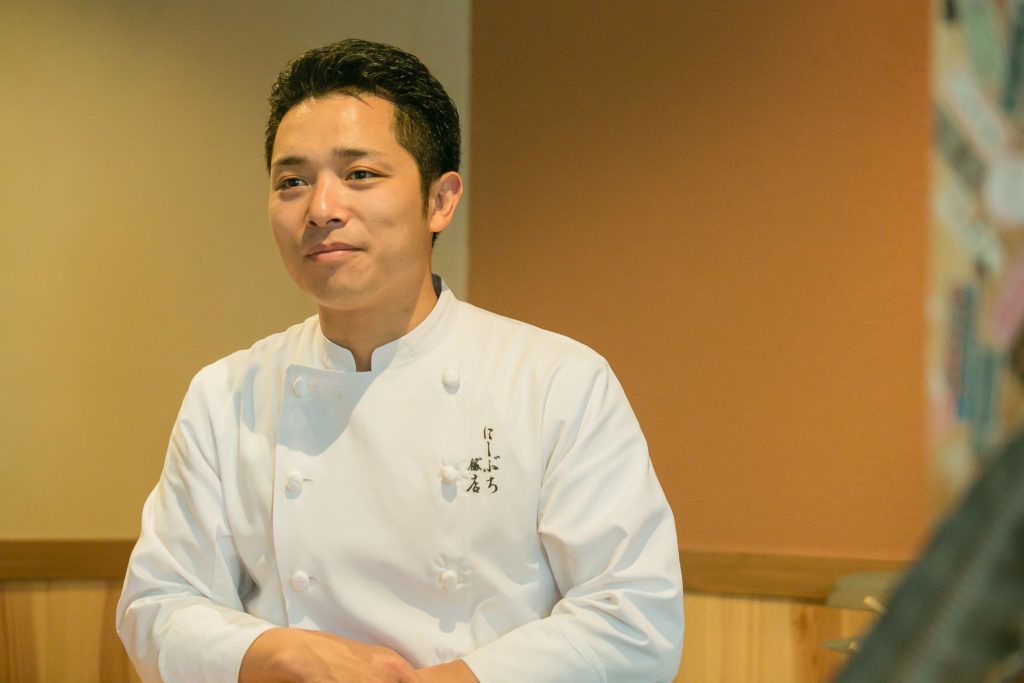 The time when he learned and developed as a chef while working at a hotel. Going to work in a well-established Japanese restaurant.

Why did you choose to work in the food industry?

Mr. Nishibuchi:
My first experience in the industry was when I worked at a local Chinese restaurant when I was in high school. I was not particularly interested in cooking but I chose to work at a Chinese restaurant by accident and became a chef of Chinese cuisine in a natural way.

I thought there would be people who chose to be a chef by seeing professional chefs work in a kitchen. I started working in the food industry after graduating from high school. My first job was at a Chinese restaurant called Kakan in Kyoto Brighton Hotel.

So you learned the basics of Chinese cuisine.

Mr. Nishibuchi:
Of course I learned a lot about cooking but I learned more important things as a member of society. I was only 18 years old since I started working as soon as I graduated from high school so I was very cheeky. I thought I would be able to do anything, even though I was not capable of doing so. Maybe I still think I can do anything.

I was a fledgling but I learned to cherish the interaction with people and mental attitude as a member of society. Not only in the food industry, there is always a time that you face difficulties and unreasonable situations happen in any work environment.

Consequentially, it is a normal thing to happen in our society. With that in mind I learned that it is more important how I think, and with whom I will solve these problems. I think I was able to be mature by being scolded by my seniors; they made me grow as a chef from a cheeky young boy.

After that, you changed to the Japanese food industry.

Mr. Nishibuchi:
I worked at Kyoto Brighton Hotel for six years. One day, I saw a cooking industry book and saw a featured segment about El Bulli. I thought it was very cool and turned the next page, seeing the featured page of Chinese fried chicken.

*1: El Bulli
El Bulli is a three-star restaurant which used to be in Roses, Costa Brava in Catalonia, Spain. It was called “the most imaginative generator of haute cuisine on the planet” but was closed in July, 2011.

Why did you choose Japanese cuisine? 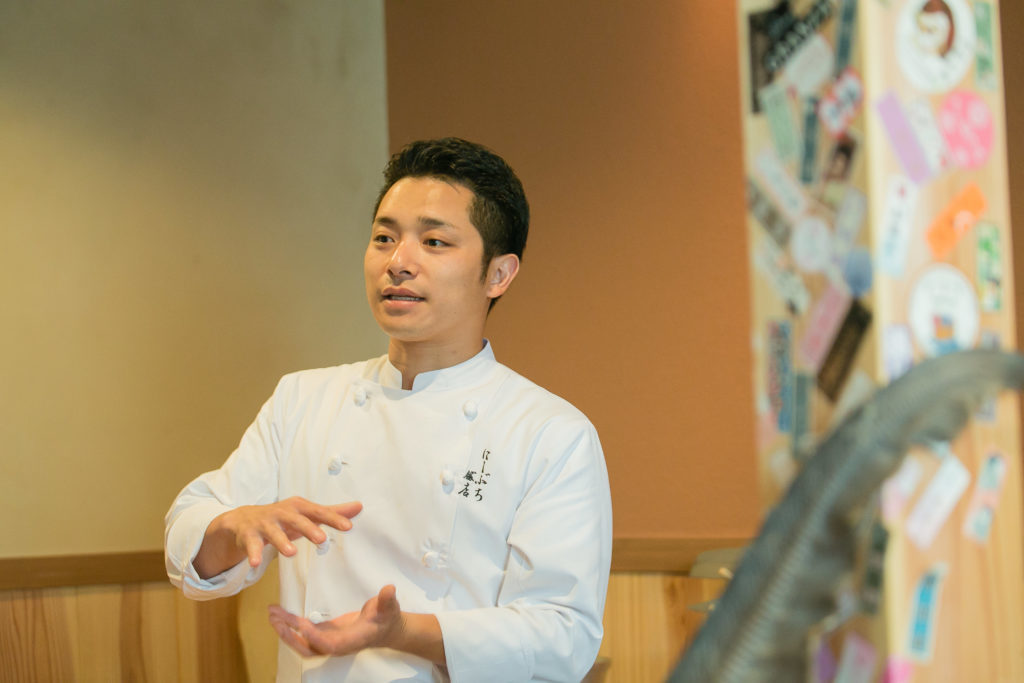 Spending five minutes to actually make an effort is worth more than thinking for an hour.

And, you started your career at Gion Sasaki, which is owned by Mr. Sasaki Hiroshi.

Mr. Nishibuchi:
I knew about him and chose to work under him. I called him and said, “I would like an apprenticeship under you.” I was lucky enough to be able to work there.

I did not even know about the wages but I thought it would always be the same forever if I continued to work at a hotel so I decided to work at Gion Sasaki. I was 24 at the time. I was young so I only thought about improving my cooking skills and did not think about anything else.

What difficulties did you face after you changed your career from Chinese to Japanese cuisine?

Mr. Nishibuchi:
It was no doubt that the cooking tools were totally different, so I started off by getting knives. Some people may think it is very troublesome, but for me, I always get motivated at this kind of situation.

At the beginning, I felt like I was being watched to just see how good I was. This was because I came from the Chinese cuisine industry. However, it would have been nonsense to assert myself. It just disturbs others.

For me, it was the first experience to change jobs but I have seen many coming and going when I was working at the hotel so I knew how to behave in a new environment. Therefore, I tried to get used to the atmosphere of the work environment to be able to be accepted as a member of the team. Of course, I had a desire to be the No.1 there but I do not need to show my attitude to others.

What was your roughest experience throughout the training period?

Mr. Nishibuchi:
Of course, every day was a series of difficulties! I needed to wake up early in the morning and there were not enough days off and I worked long hours. However, this is a natural thing.

It is not only me who faces difficulties, everybody does. The food industry is not a special case.  I had so many difficulties but more than that, I was very happy to be able to work under Chef Sasaki at Sasaki. He shows the big goal to everybody and each one of the team members get together and makes it real.

There were so many enthusiastic people and I was so happy to be a part of it. Therefore, I was able to continue. I think you should pay to work if you only want to enjoy working! I am not trying to be arrogant, but I do not think it is right to show my pain in my attitude even if the work is hard. I always want to work smiling.

What is your secret to be able to be so positive in any kind of situation?

Mr. Nishibuchi:
Oh, I always make mistakes because I do not think much. Even though I can’t do much, I always take action first without thinking and realize after, like, “Damn it…!”

They are probably like, “Well, it can`t be helped…” Spending five minutes to actually take an action is worth more than thinking for an hour. I always believed it and took action so I was able to make each one of my dreams come true. 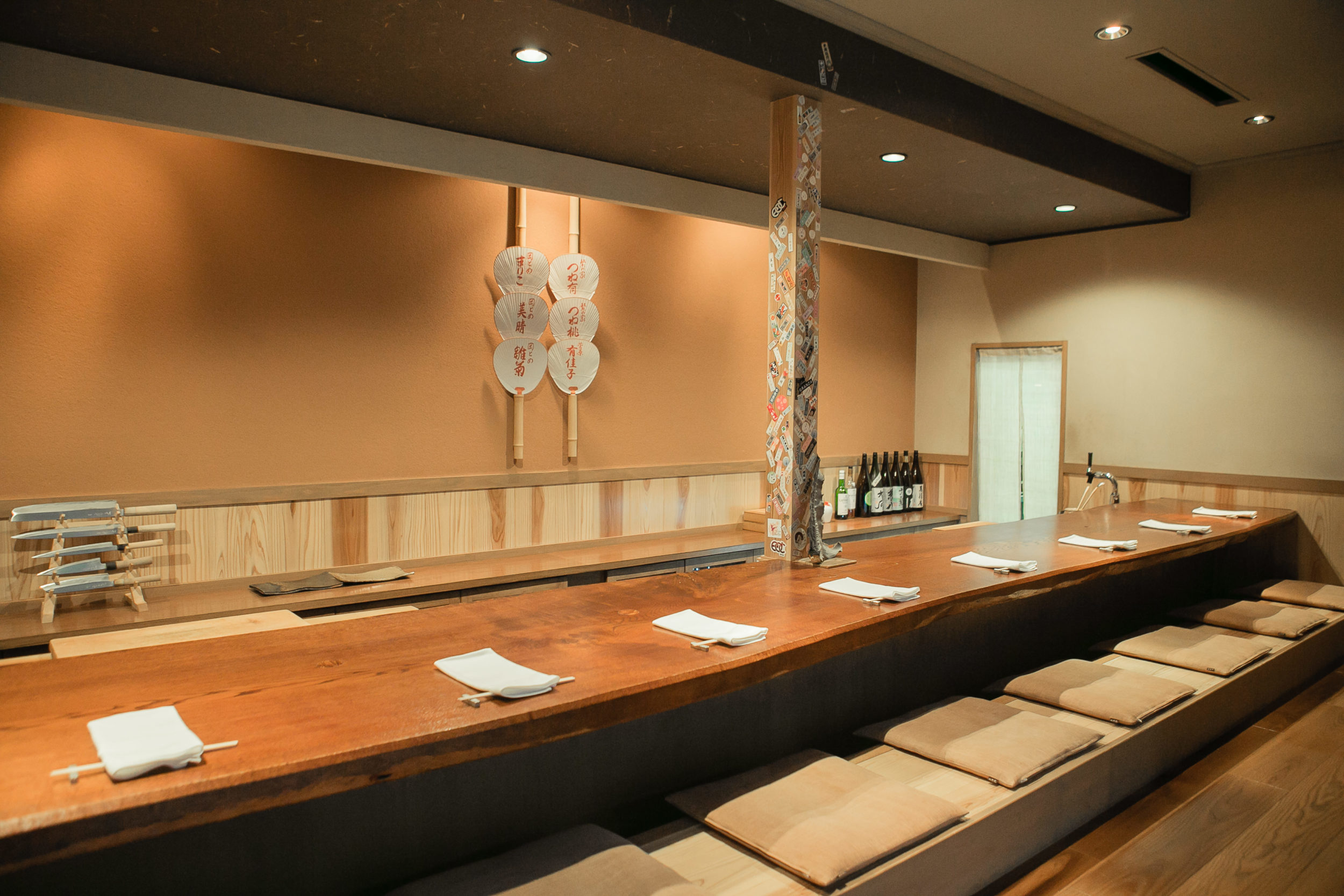