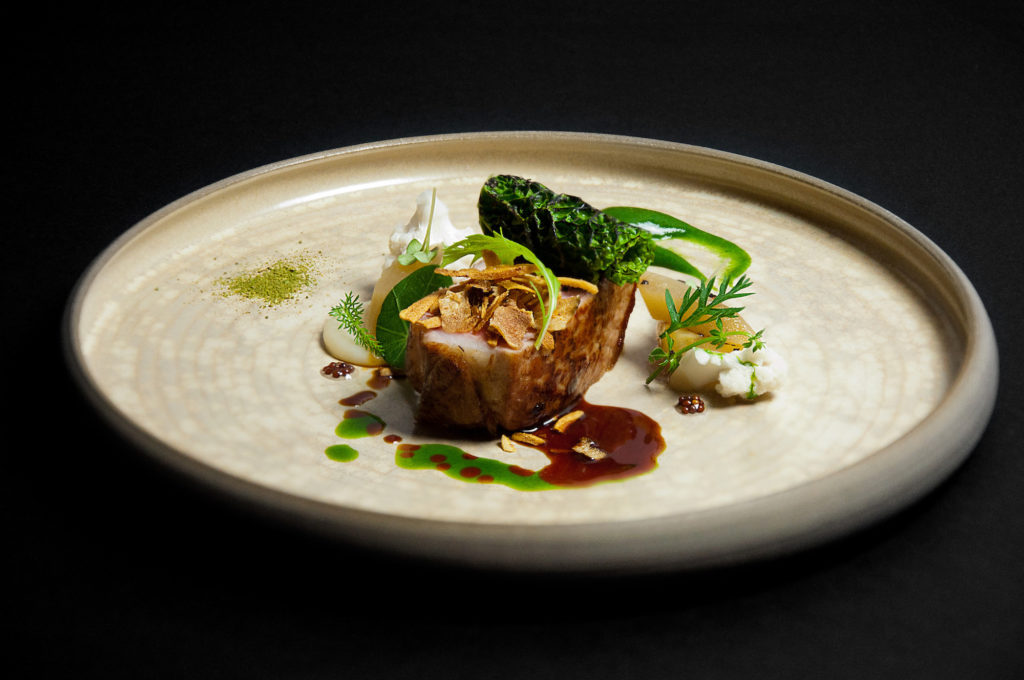 Period of training in France. Encounter with chefs to look up to

Where was your training destination in France?

After that I worked again as a chef for “Gilles” for a year and a half. I worked for “Régis et Jacques Marcon” for 3 years. Served as all positions and eventually served as a souvenir under Mr. Benoît Vidal who was working as a chef under the owner chef’s two people. When I worked at Mr. Marcon’s restaurant I was working earlier than other chefs in the early morning. Benoit, who was then the chef, is currently a chef at the two star restaurant ‘L’Atelier d’Edomond’. I am still in touch with him, and I have planned events etc. from time to time. After that I also worked at “Les Crayères”. In foreign countries, I also trained in “Belgian” Hertog Jan “German” Amador “. In Germany, I learned that beautiful and delicious can be made proportional.

Whom do you respect the most ?

Mr. Tanaka:
It is Mr.Gilles Tournadre, a chef at Gou Restaurant in Rouen. Although Gilles is not such young, he still has a strong intellectual curiosity and has an inquisitive spirit even now. I remember well that he often read a cookbook. And he came to me to say “Why do not you try making this ?” when I was in the kitchen. Then I have tried that recipe. Sometimes it was served in the restaurant from the next day.

Speaking of the people I respect, I admire highly of Ms. Harumi Osawa of French Culinary Arts Center (FFCC) who cooperated with me when I came to France. Also, Mr. Zen-ichi Matsumoto, the Manager of Apicius who introduced me to Ms. Osawa at that time.

Ms. Osawa provided me great support for traveling to France. She recommended me to many wonderful restaurants for the training. Because I was young then, I bothered her by asking her many things. She cares me much even now. 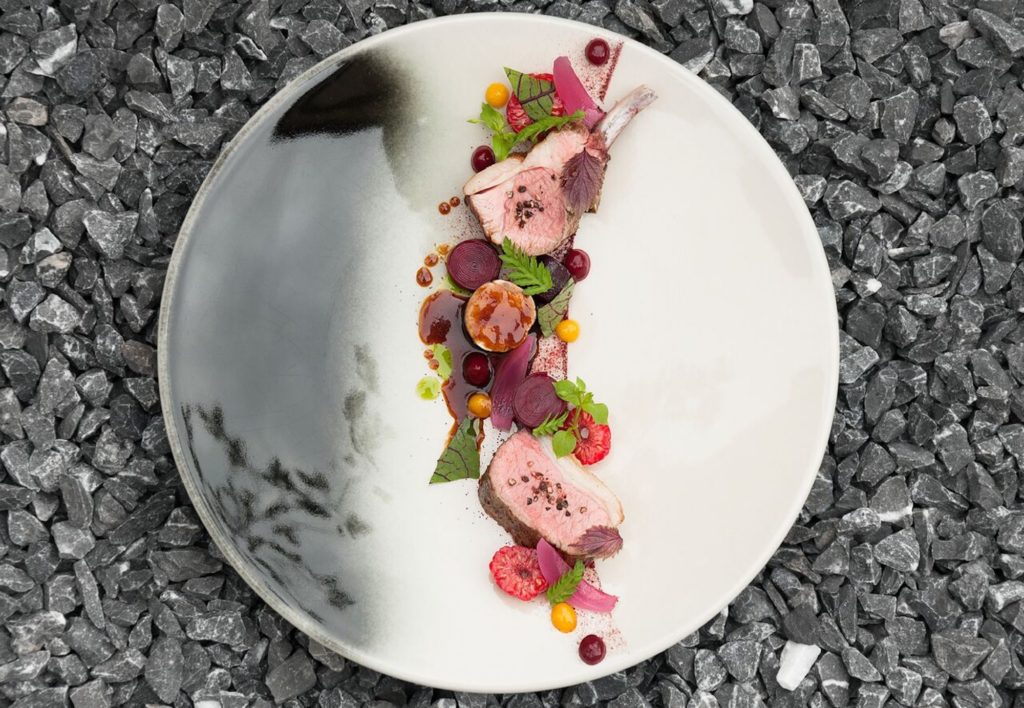 What is Mr. Kazuyuki Tanaka’s cuisine ?

What kind of dish does Mr. Tanaka’s dish have? Also, please tell me what you are careful about when preparing dishes.

Mr. Tanaka:
In the restaurant, 9 aperitifs (2 types, 4 types, 3 types), then 2 kinds of amuses are served before starting the course which are shown in the menu. Then start from the appetizer as shown in the menu. When I worked at a three star restaurant, we served for 60 people par service. There is not always perfection always there. However, since there are only 15 customers here, we are trying to make things that are near perfection.

We care always customers, so that we will not let our customers get bored. In the course menu, rhythm is attached, so as not to become monotonous with the texture, fragrance and taste. In addition, we aim for beautiful dishes.

I would like to do something that other restaurants can not do. It is commonplace to taste good, it is natural to finish with perfection. On top of that, I think that sometimes it is missing in other restaurants is to adjust with rhythm, texture and atmosphere.

French people seem to have a particularly strong tendency to evaluate the taste from appearence. Some customers tend to decide that beautiful things are not tasty. But there are beautiful and delicious things. I trained at the German chef Juan Amador ‘s shop’ Amador ‘where the delicious food was naturally perfectly made and offered beautiful cuisine It was. I thought “It’s a perfect dish.” I would like to serve such dishes.

For example, to add rhythm in the mouth, the bitterness is adjusted later. I make the clients feel the acidity first. About acidity, I make the dishes to make customers feel weakly acidity first and stronger acidity afterwards.

This way of saying may lead to misunderstanding, but in reality we can control customers. In order to please our customers, we can control the mind in the customer’s head. For example, let’s eat cucumbers that devised cooking methods and say “This is zucchini”, I think that 90% of customers are zucchini. It might be easier to understand for you by saying in this way. If you accept a customer in a space called a restaurant, with menu, service and atmosphere, as long as they don’t have a cynical idea, they walk to the direction as I lead. Almost everyone is pleased.

Where does inspiration come from ?

Mr. Tanaka:
For me, cooking is not something to make with thinking. I just stand in the kitchen and start to make it. Then it will be done if I move my hands. I cherish my intuition. The taste of ingredients, herbs and spices are all in the memory of the past. I just combine them. Since humans will return to the past when we think about it, I try not to think as much as possible to put out originality.

If you do not think about anything, an idea is born. There are no particular reasons even if asked why. I tried combining citrus and caper when I made a dessert. I also made desserts of olive oil, cucumbers and eggplants.

Unlike when working for someone else, I get results and am responsible to myself whatever happens now. Racine is my own restraunt so I can freely make dishes and it’s easy to create them.

I try to put all kinds of nutrients in a course menu. I am doing it because I believe it is natural. I think that if you enumerate all the elements of ingredients in a course, it will be more than 400.

Running is refreshing. I run for about an hour in city center of Reims from 1am to 2am after work. It seems that it is good for a change. Sometimes I think out of some ideas, but I am not particular about that idea. There is nothing like a slump lamenting that no idea comes up. 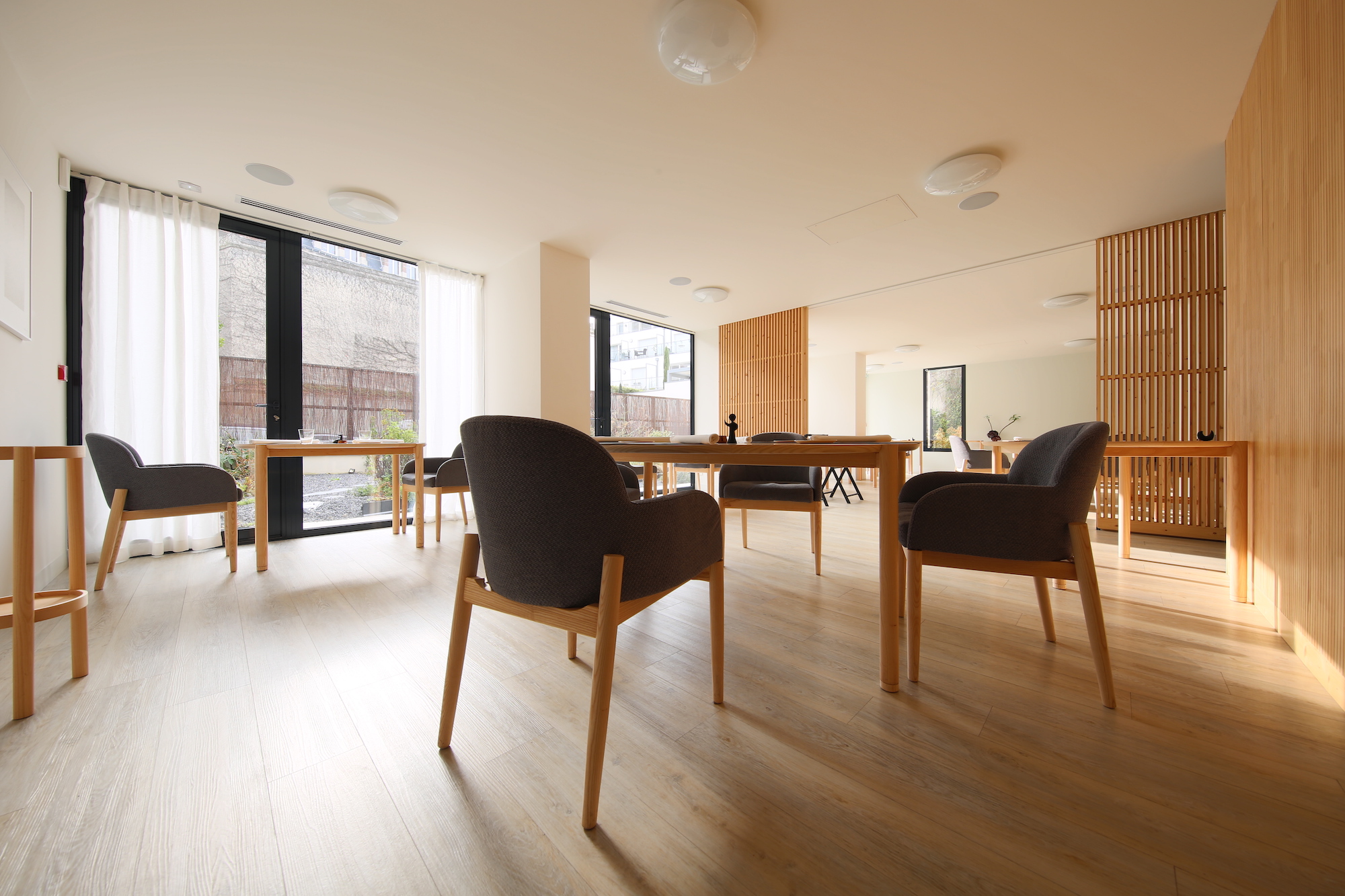