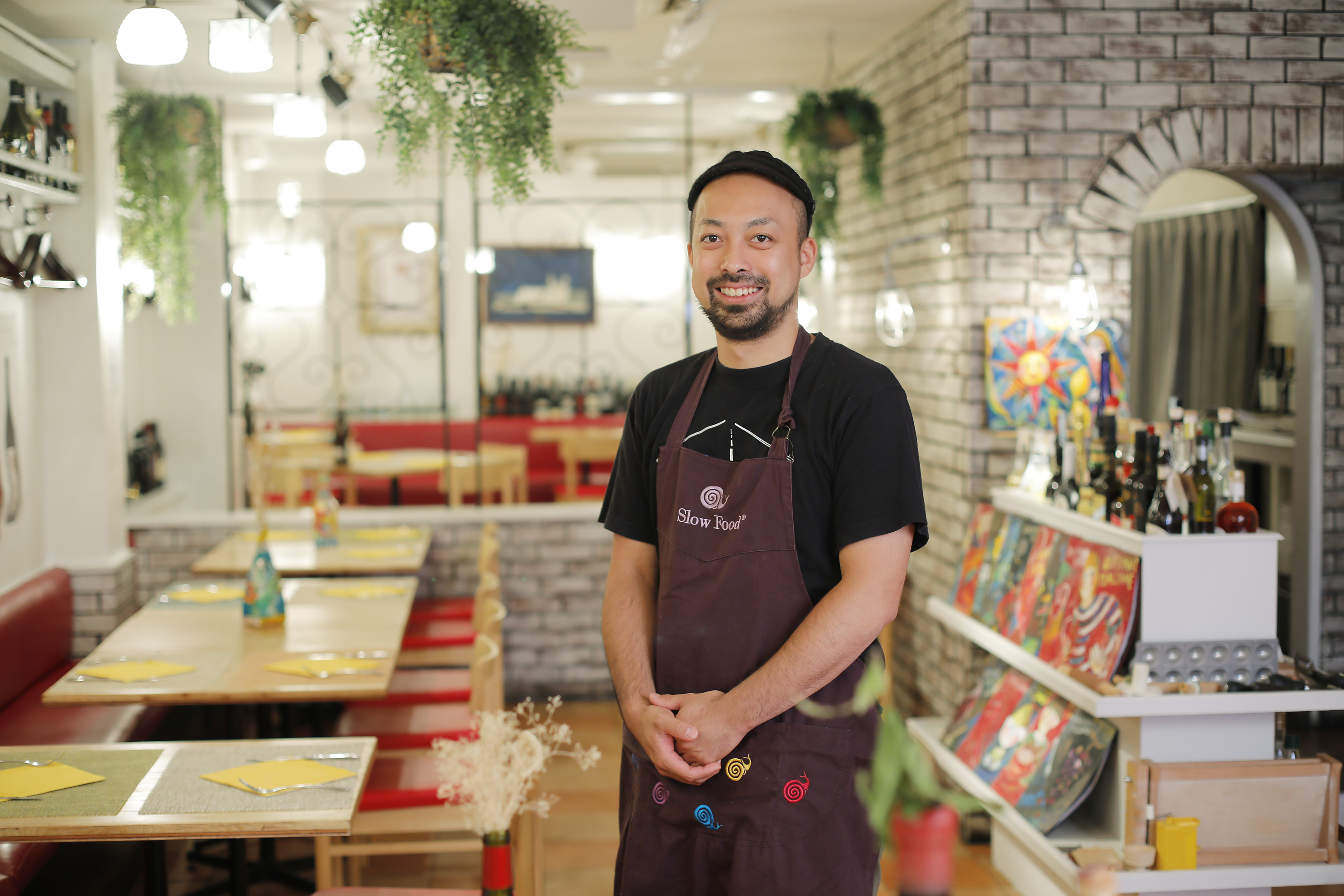 Sangenchaya in Tokyo is a popular area among young people where you can see the latest modern culture as well as an older local atmosphere. In this area, PepeRosso was opened in 1986. It was July 2015 when they started using many kinds of hand-kneaded fresh pasta and serving local fresh Italian cuisine.  The inside of the restaurant is bright with a casual Italian design. There are unique artistic dishes and high-quality glasses, and they serve an excellent menu including wine and cheese. Mr. Imai became head chef at the age of 30; the restaurant is full of his unique sensibilities. I interviewed Mr. Imai, who works hard to familiarize Italian culture and local Italian cuisine with his young staff members, about his developing processes as a chef and how he reinvigorated the long-established restaurant, and about how he trains his young workers. 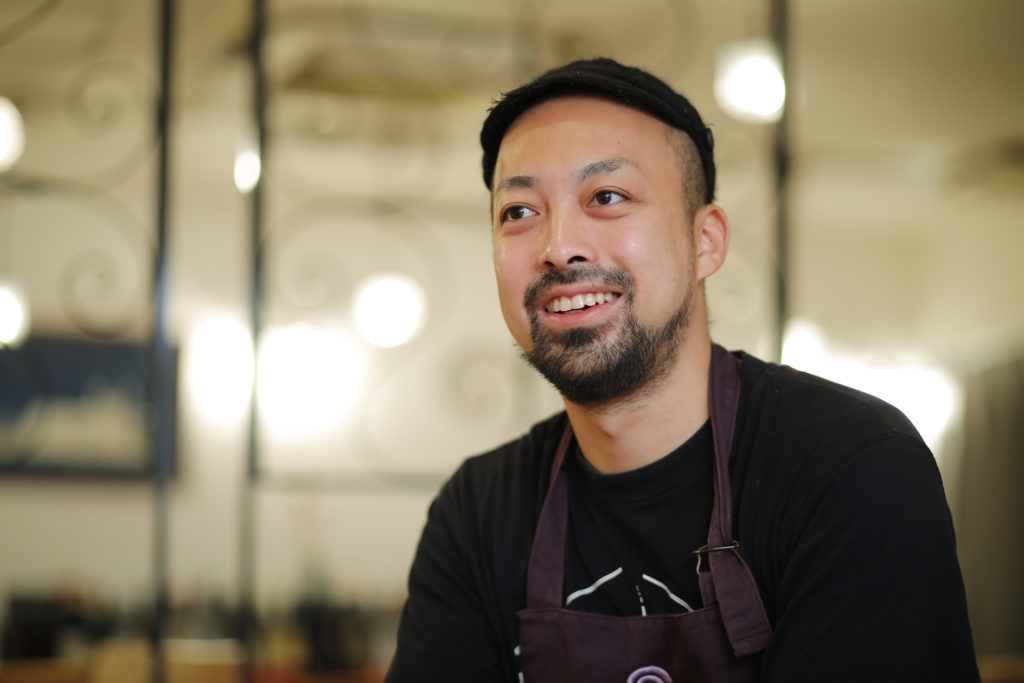 His decision to pursue becoming a chef after high school career counseling.

When did you start thinking about becoming a chef?

Mr. Imai:
When I was a child, my grandfather used to cook very delicious oden, which were so good he even sold them. He made me love cooking. However, it was during a career counseling session when I truly decided to become a chef.
I had the choice of going to a college or getting a job. I would love to learn Italian culture if I were young now, but I didn’t want to go to college at that time. When I did career counseling with my teacher, he asked me suddenly, “Do you have any ambitions?” I was very shocked by his words.
He said, “If you have ambition, definitely become a chef, or hairdresser, or car designer.”
He knew what I liked and what I was into.

He is such a passionate teacher! So you took his passion seriously and moved onto a culinary college.

Mr. Imai:
My teacher gave me advice. He said “If you really want to succeed in the cooking industry, you should go to Tsuji Culinary Institute. You would learn a lot but it would be very tough as well.” I wanted to be in a tough situation if I really wanted to do something serious, so I choose to study at Ecole Culinaire (currently Ecole Tsuji).

How was your school life?

Mr. Imai:
I was so busy. I studied and worked so hard, even if it killed me. My parents’ home was in Yotsukaidou, Chiba, so I stayed at a school dormitory. I worked part-time at the same time and earned the same as an office worker’s starting salary. I ate out about twice a week to learn cooking.
In addition to restaurants in the central city, I visited Shizuoka, Kyoto, and even Osaka as a day trip and tried to go to as many restaurants as possible to save on transportation fees.

What made you choose Italian cuisine as your profession?

Mr. Imai:
When I ate out, I had a lot of chances to speak with chefs of different cuisines. I gradually became interested in Italian food, especially Italian regional cuisine, as it is very different in each local area and is very unique.
I was originally interested in history. I even got a perfect score on the history part of my high school entrance exam. As I studied Italian cuisine, I became even more interested.
European food history starts with Italian cuisine, so I decided to learn from there. 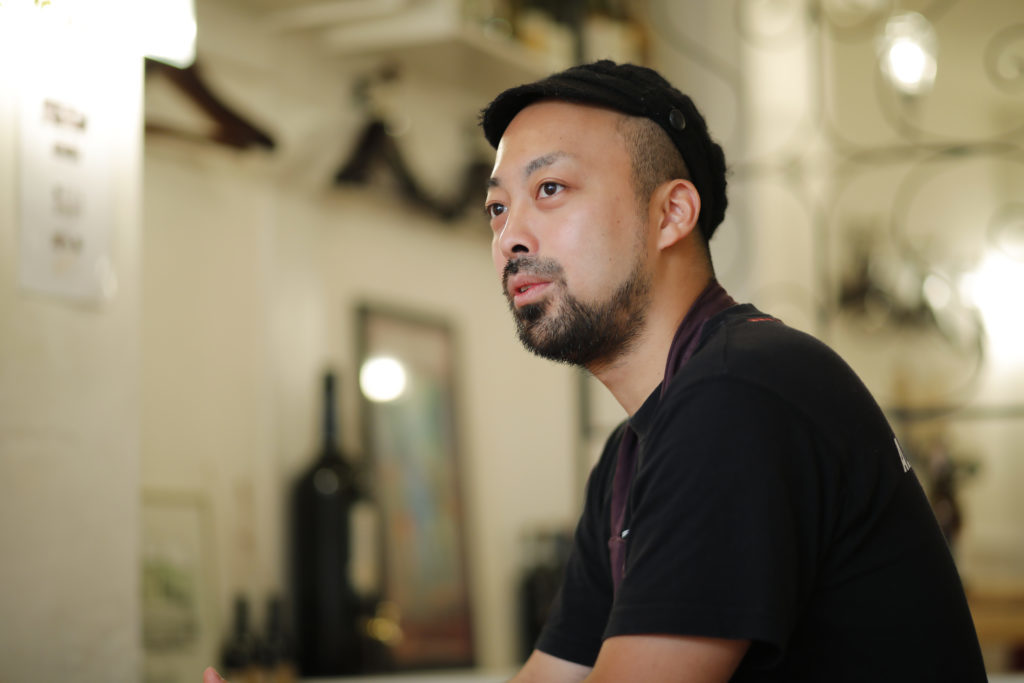 How did you decide your apprenticeship restaurant?

Mr. Imai:
In 2005, there were two kinds of Italian cuisine. One was creative Italian cuisine in which chefs originality and uniqueness are important, and the other one was an older style of regional Italian food.
I really wanted to learn about the history of Italian cuisine.
That’s why I wanted to work in a restaurant with older style regional Italian food and with Italian chefs. Therefore, I choose to apprentice in the Italian restaurant Il Buttero in Hiroo, Tokyo.
It is an italian restaurant with about 120 seats. There were 12 or 13 staff in the kitchen and the half of them were Italian. So the common language was Italian. Moreover, the dishwashing staff were from the Philippines so I needed to study two different languages as I was not able to speak English, either. It was so tough. I thought that if I was going to face that kind of difficulty, I might as well have gone to Italy right away.

You must have learned a lot in such an environment where you had a lot of Italian people around.

Mr. Imai:
My buddy with whom I worked was Italian and he was for some reason an amateur chef. Therefore, I needed to teach him. I had just graduated from culinary college and didn’t have enough skills. Most of all, I was not able to communicate in Italian. For example, when my fish dish was too salty, I couldn’t ask them if the problem was my pretreatment, how I marinated it, or the sauce, or some other thing. Moreover, my work was so busy and I felt the work hours were too long for me, as I was still young and not mature. The reality was very tough. There was a Italian executive in the restaurant but those who took initiative in the kitchen were Japanese chefs. I ran away from the restaurant once as a result because the Japanese chefs and I had a lot of arguments, as I was still young and they were professionals.
I appreciate and understand now that that was actually a show of love from those Japanese chefs. I was able to develop a strong mentality to overcome tough situations.

So you quit after only two months?

Mr. Imai:
I told the chefs that I would be back in six months. I left a set of my knives there.
I had things I wanted to do other than work so I felt frustrated with myself about not being able to communicate in Italian. I wanted to concentrate on language study.
I studied Italian by myself, and returned after six months.

You were still 18. You must have had a lot of courage to go back to the place that you left.

Mr. Imai:
It was my decision so I was quite fine. Even if people criticize me, I had a strong decision in my mind that wouldn’t be disturbed. When I came back, people saw me and reacted as though they remember I made a promise.
I was very surprised when I saw my knife after six months. They kept it there and didn’t throw away. It was neatly kept. Those with whom I had fights did it, so I was surprised because I didn’t think they were that kind of people. I felt that they were real professional chefs and I wanted to be like them. I was not able to speak fluent Italian as I studied it by myself. However my vocabulary was good so I started having good conversation with people. I was calm and was able to concentrate on my work even though people said this and that.

Then in the five years following your return, you worked in each position.

Mr. Imai:
An old Italian chef who I looked up to said, “You don’t know the actual attractive parts of a restaurant if you quit in a couple of years. You need to work at least five years because you can learn business management, too.” I decided to believe in his words.
There are many restaurants that close down their business within several years so I wanted to know the secrets of the restaurants that stay in business for a long time.
Il Buttero is a popular restaurant for weddings, and we had weddings for two couples in the afternoon and two in the evening; we even had weddings on the second floor while opening the restaurant on the first floor on weekends during busy seasons. The kitchen was like a battlefield.
It was extremely hectic. However, I was able to gain a lot of experience, such as filleting about 30 to 40 fish a day. It was also a great experience to be able to cook using a great variety and number of ingredients.
Thanks to that, I was able to gain cooking skills as well as speed. 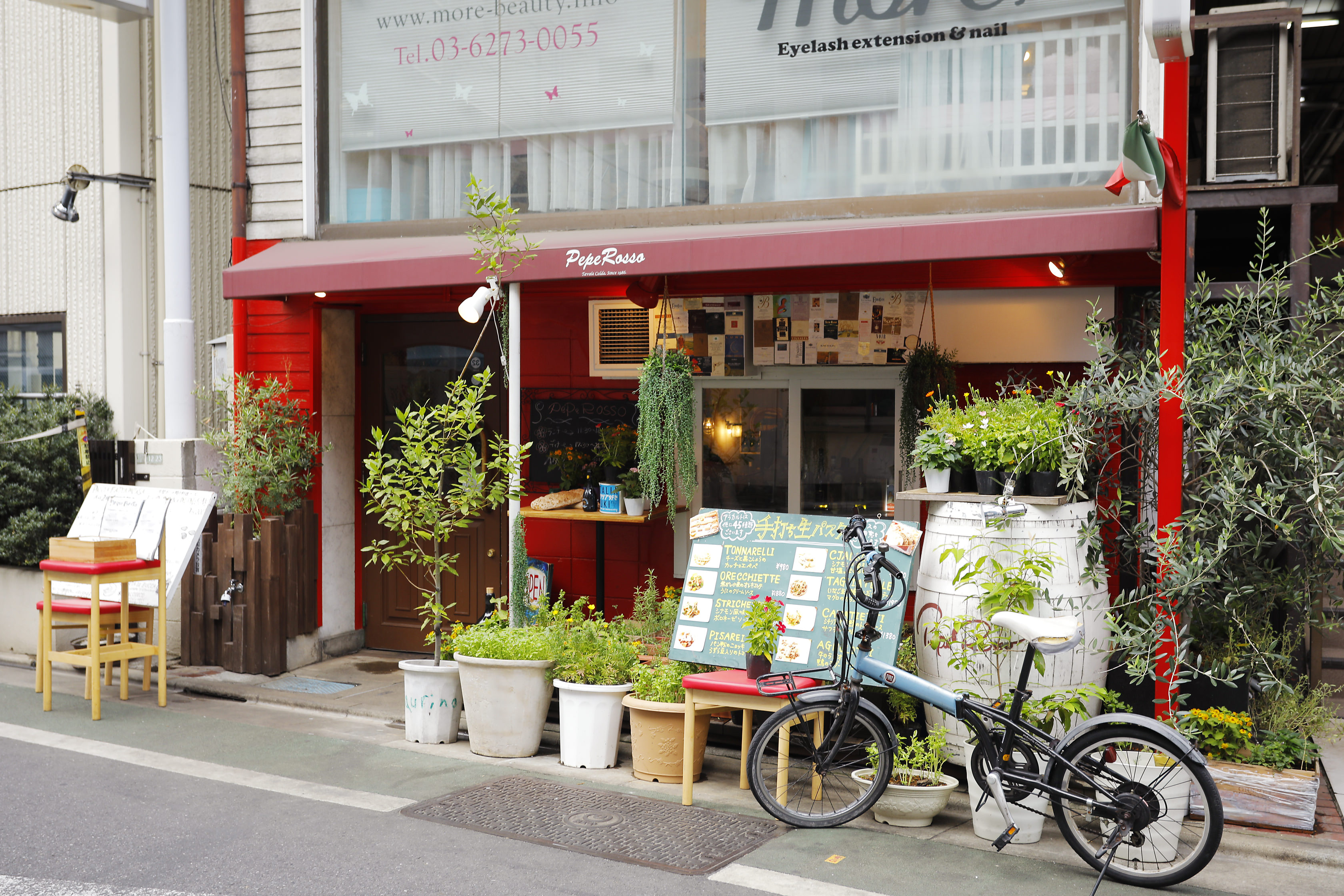