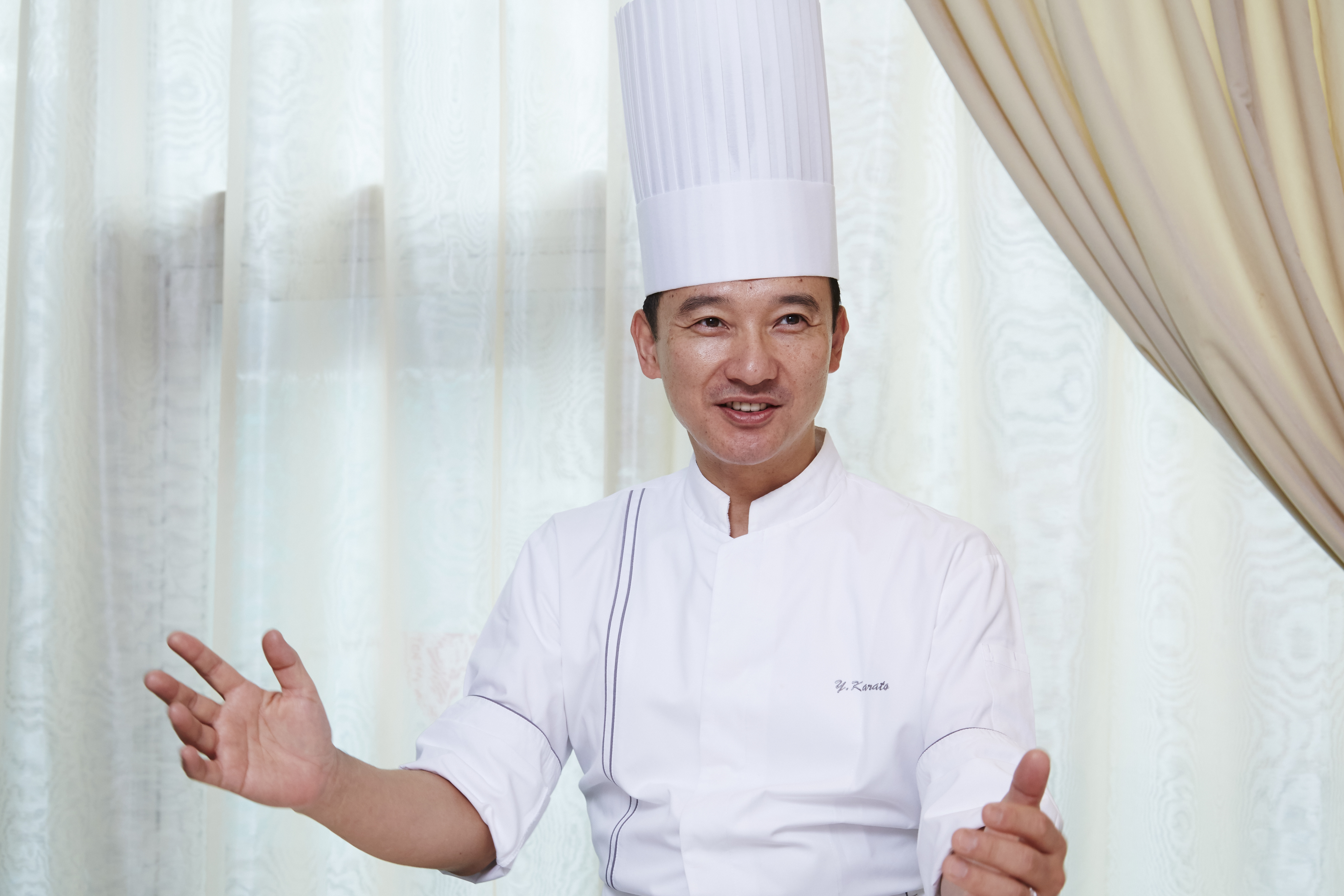 The popular French restaurant "Lumière," beloved by its patrons for its concept of "vegetable gastronomy," is celebrating its 10th year in 2016. This, in Osaka's Minami, a district not particularly known for authentic French cuisine.
Lumière has held onto its Michelin Star for seven years and counting, and it has sister businesses operating in numerous locations such as the Osaka Takashimaya department store, the Hankyu Umeda department store, and the Grand Front Osaka commercial complex. At the helm, as owner-chef and manager, is Yasushi Karato.

From once being the youngest staff member to be appointed head chef at a high-end hotel to setting up a massively popular restaurant to establishing his own businesses... What trials and realizations did he have to face, in a career that otherwise appears to have seen smooth sailing, to get to where he now stands? I spoke to this master chef about his fascination with the culinary industry. 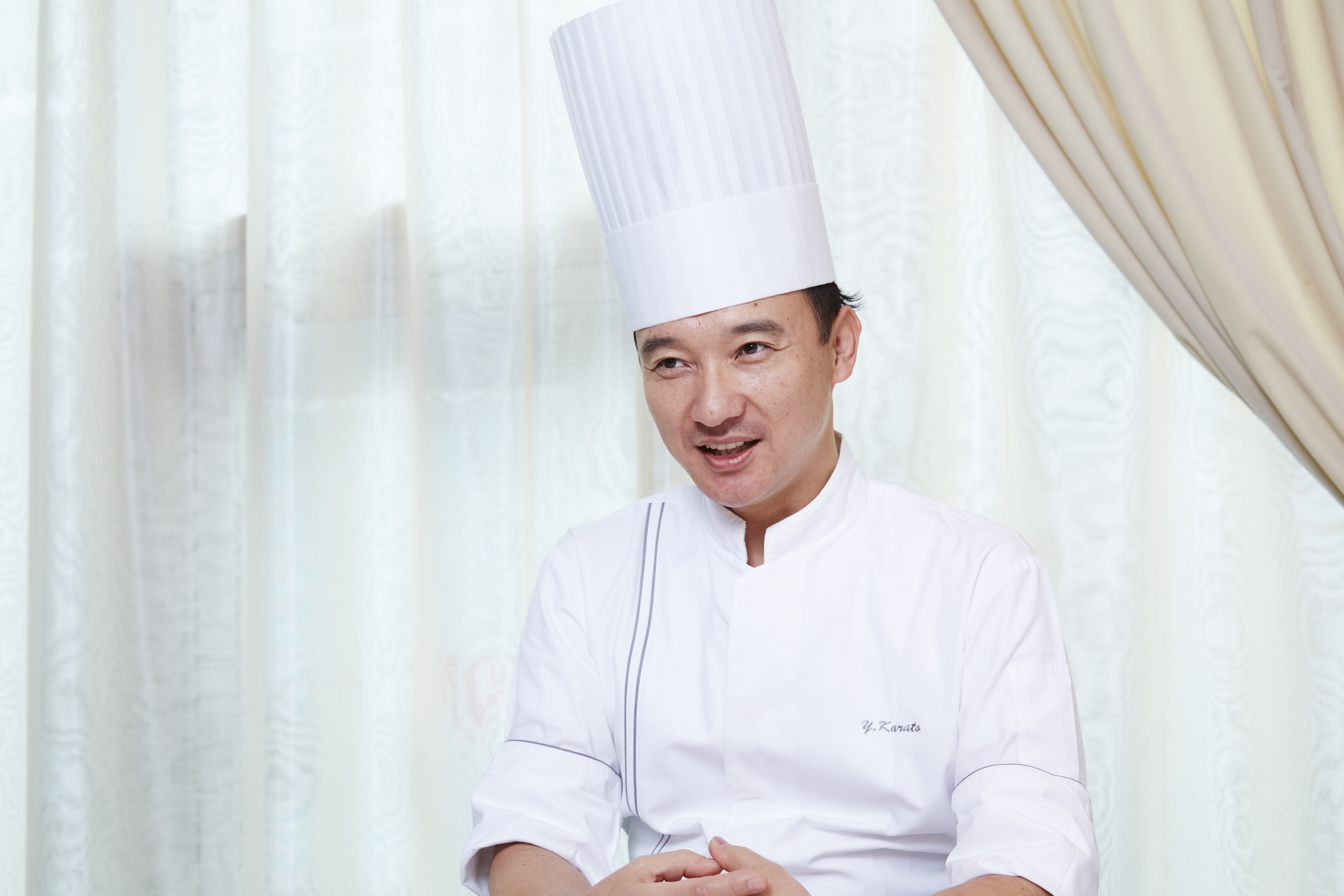 Thank you for joining me today. First, could you tell me about what spurred your ambition to enter the culinary industry?

Karato:
I’ve had the dream of owning my own restaurant since I was in elementary school. And I enjoyed my first encounters with the restaurant industry and cooking through working part-time jobs. So the decision to become a chef came rather naturally.

When I graduated from cooking school and needed to determine my future, I initially considered giving up on French cuisine. I had this strong impression that French cuisine “seemed tough” and that the apprenticeship “seemed long.”

The first restaurant I worked at was a Western restaurant in Shinsaibashi. At the time, I had this naïve idea that within two or three years I could open up my own café.

But while I was learning from my seniors at this Western restaurant, these phrases kept popping up: “To be honest, this sauce is actually French,” or, “To be honest, in France they do it this way…” I seemed to be hearing this everyday when, gradually, these foggy feelings began to bubble up inside: like, “I should try cooking French cuisine,” or, “How do they do this in France?” That’s when I decided to master French cuisine.

Becoming the head chef at a famous hotel while you were still young, and then starting a massively popular restaurant… You seem to have had a dazzling career, but was it the career that you personally had in mind?

Karato:
The reason I went to the hotel was to work on the very top floor at the Japanese branch of a three-star French restaurant. I didn’t intend to do anything other than French cuisine there.

However, the hotel was damaged in the Kobe earthquake of 1995, and that restaurant was destroyed.

After that, I was appointed head chef at The Main Dining, a place that serves so-called “banquet cuisine.”

It was a written appointment so I gratefully accepted. However, I gave my letter of resignation, with the intention of leaving in a year, along with my acceptance of the post. After all, where I really wanted to work was a restaurant

But as soon as I started working there, new discoveries and knowledge opened up to me one after another. There were great difference between just watching what is on a plate and actually serving great quantity of food by using a large staff.

Depending on my own strategy and direction, the quality of the food that our customers were served changed. I would ask myself: How should I move my staff? How can I serve warm food to our customers while it’s still warm. What can I do about our cooking order or staff operations?

Although I had won competitions and awards, the difficulties of management humbled me. I really wasn’t satisfied after just one year, so I ended up working there as a head chef for four.

The experience I gained served as my foundation for producing a tea salon and hotel restaurant, for building business strategies, and for managing multiple business operations. When I think back on that time, I realize that I gained a lot of important experience.

Sometimes it’s the things we don’t like, the jobs we think we don’t want to do, that turn out, unexpectedly, to be our most important life experiences.

I feel this way because of my experiences, and I’m trying to pass this sentiment on to the next generation. 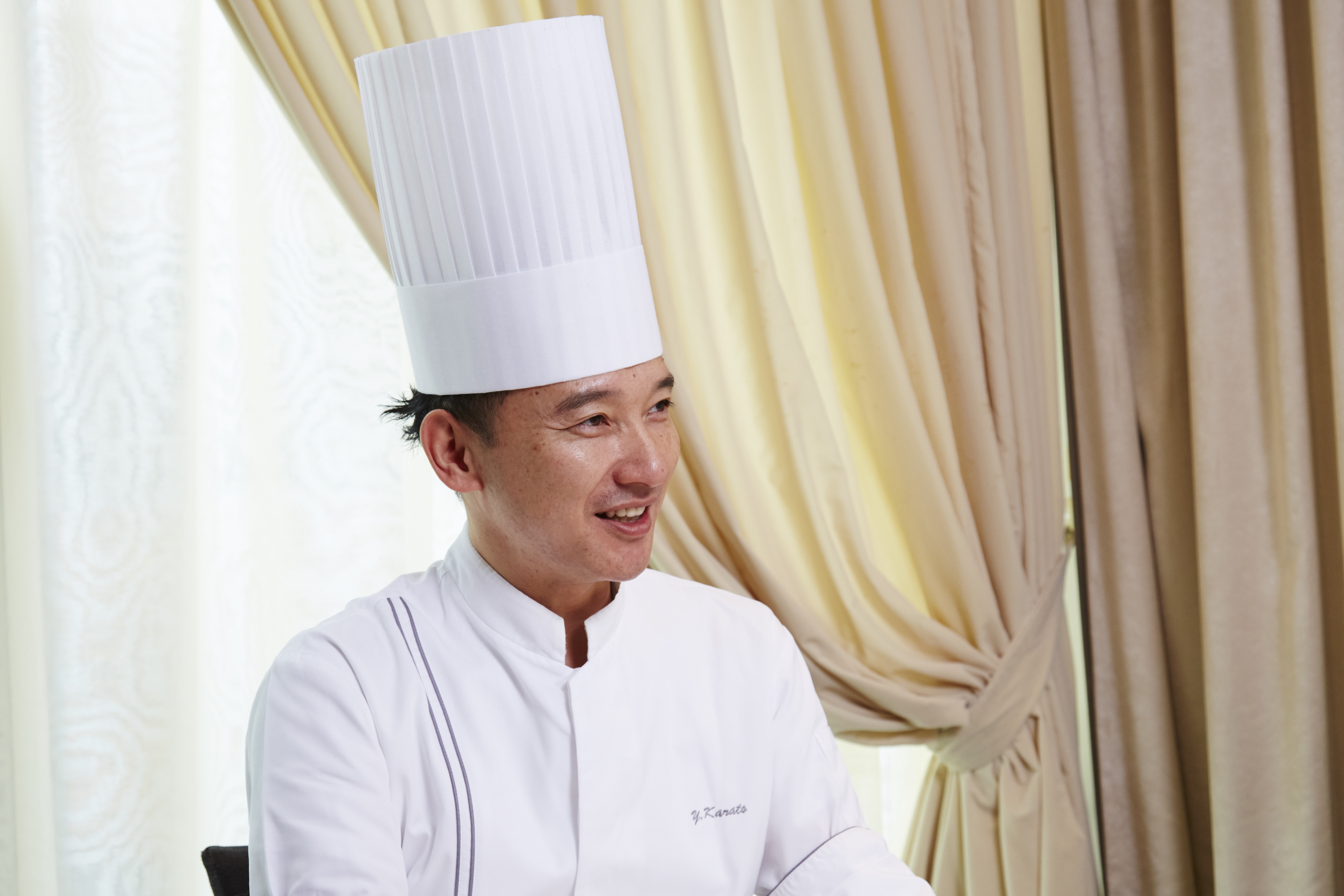 Observing the Stars. An Unflinching “Ambition for the Top”

You have worked in numerous kitchens during your continuous career ascent, but was there ever a chef that you aspired to be like or a master that you were influenced by during your training years?

Karato:
I have been conscious about looking towards the top since a young age. I idolized chefs who appeared in cooking magazines, even at the kitchens I worked at, I would look upon the top individuals as stars because they were stars themselves.

I would ask myself why they were the top, what inspiration motivated their work, and how should I approach them. All the while I kept a ceaseless close observation.

I’ve worked with a number of senior chefs and I’ve met a number of individuals with truly incredible culinary skills, but what’s surprising is that they are all different: in character and in method. From this I realized that one should have confidence in their own method.

You had the idea of reaching the top and opening your own restaurant from a young age. So is it safe to assume that it was from this perspective that you honed your skills? What has been the biggest struggle that you have faced up until now?

Karato:
My apprenticeship was pretty tough. For the first year, thoughts of quitting plagued me everyday: “Why must I be scolded for things that are so unreasonable?” “Why am I not being rewarded for all my efforts?”

However… what was a thousand times more tough was that when I opened my restaurant at the age of 40, I couldn’t attract customers. I completely lost faith in myself. It was the hardest time in my life.

It was tough being scolded during my apprenticeship, but not so tough that my life was at risk. But to start a business and not be able to survive if it fails: your life is on the line.

The trials of my apprenticeship were, in retrospect, a sort of training to help me overcome the ordeals of tough times. 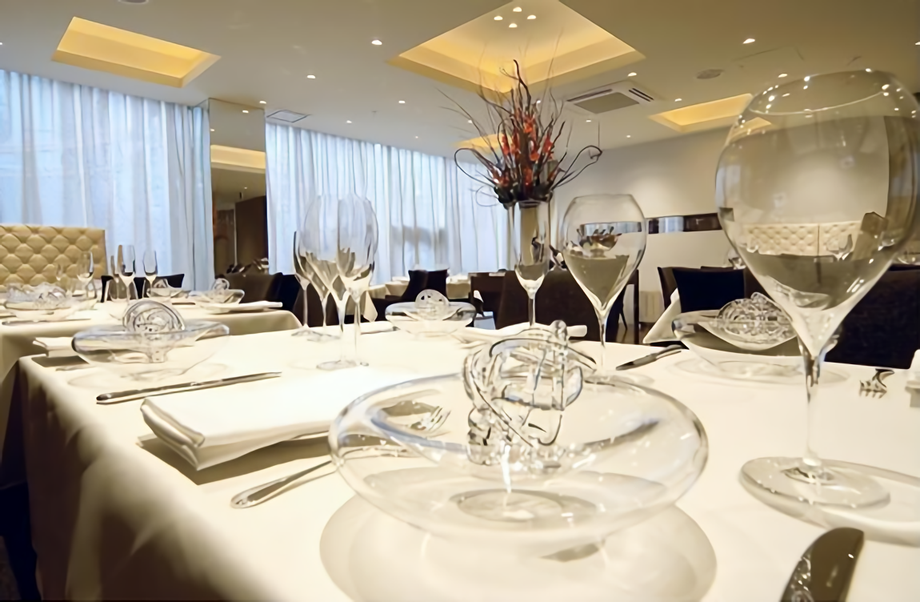