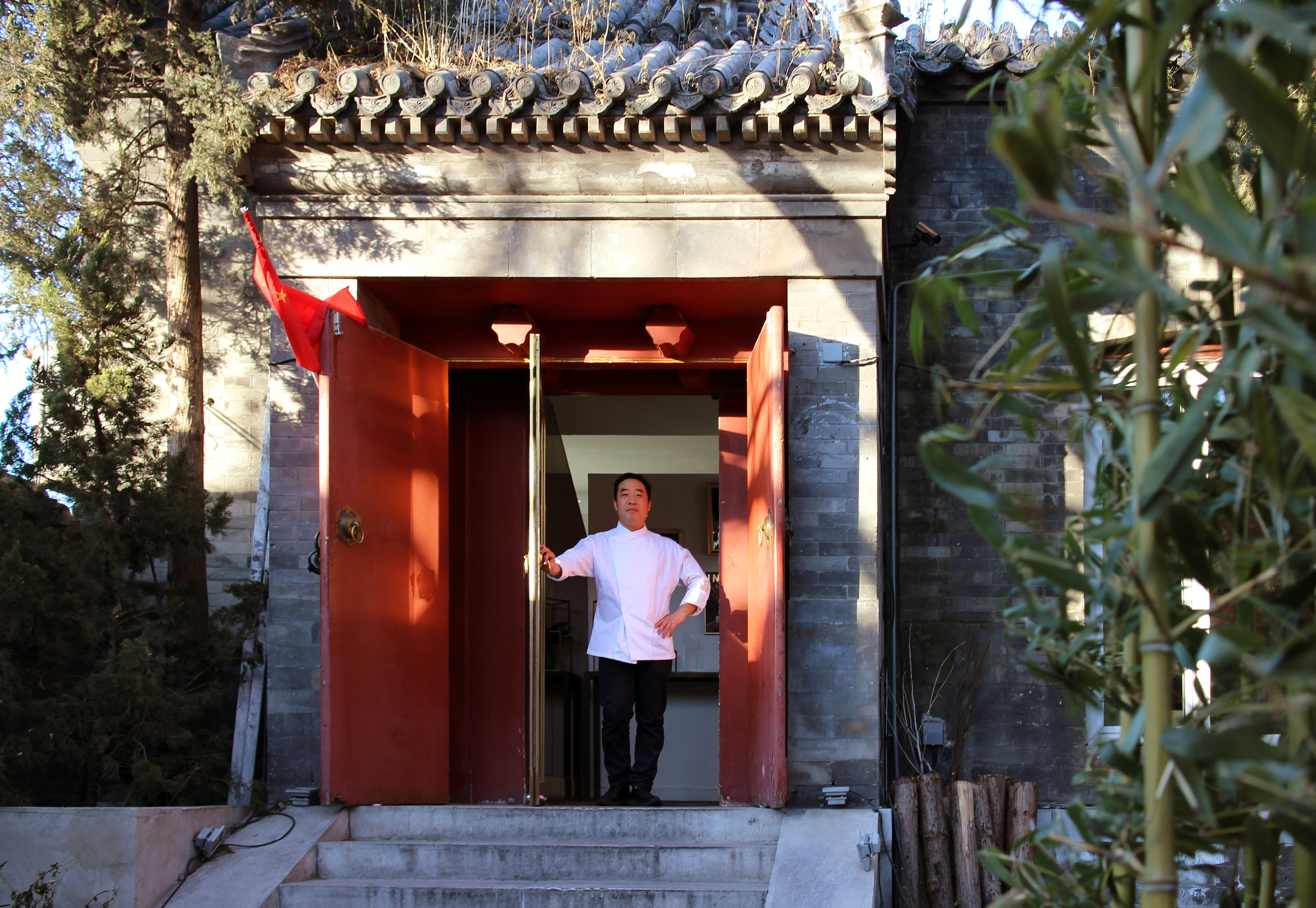 TRB Forbidden City is located where its name suggests: The modern European restaurant is situated on the edge of the Forbidden City’s eastern moat. The two-storey establishment thus offers privileged dining views of China’s former Imperial Palace, a grandiose site used by emperors from the 15th to 20th century. That also stands as a signifier perhaps, of where China’s fine dining scene rests today: an industry perched on the edge of tradition, facing the challenge of moving past conventions of old, but limitless in where it can go.

Before joining the TRB team last year as corporate chef, JFK Zhang worked as the sous chef at Daniel Boulud’s Maison Boulud, from 2008 to 2013 in Beijing. [Maison Boulud closed its doors in 2013] After that, he transferred to be the sous chef at New York’s famed French restaurant Daniel for a year, which boasts two Michelin stars. 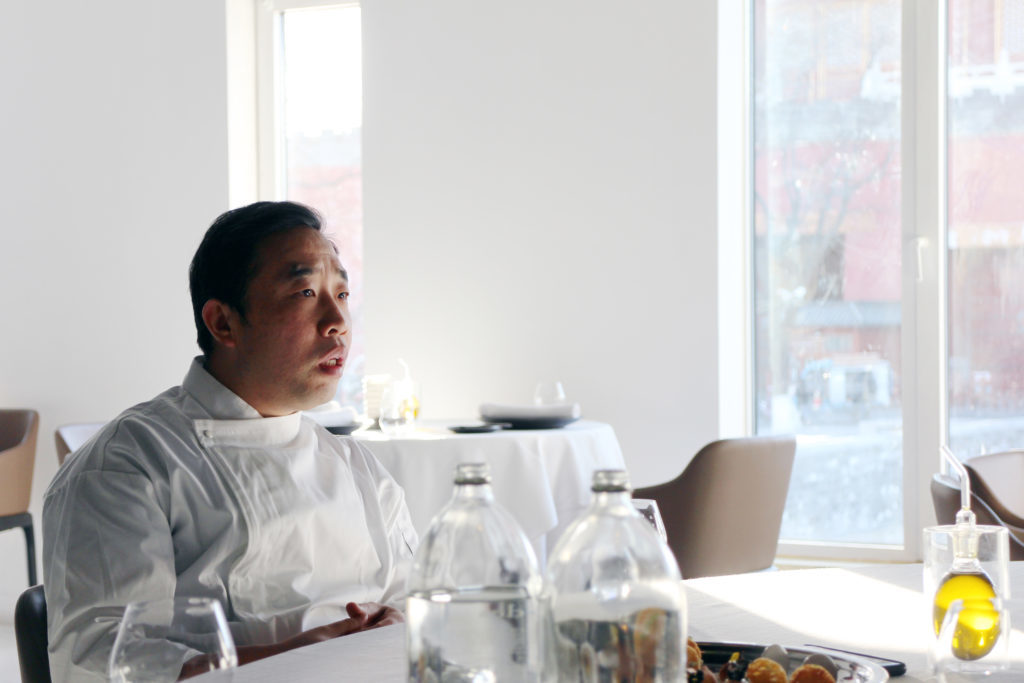 From Xi’an to Beijing, the way of cooking is a means of survival

How did start your career as a chef? Can you tell us about the beginning?

Mr. Zhang :
I’m originally from Xi’an. When I was younger, I was really influenced by my mother – she was a very good cook. There were a lot of kids at home, I am one of 4. So my mom always made a lot of food, village cuisine.At the time when I was deciding what to do for a career, I thought I would be suited for a more technical, skilled profession, so I chose cooking.

I started my career as a chef when I was at university in Chengdu, where I majored in culinary arts at Sichuan Higher Institute of Cuisine. This was a 3-year vocational program right out of high school.

During this time, I studied both Chinese and Western cuisines. I focused on Sichuan, Cantonese / Guangdong and Shandong cuisines. [There are what’s referred to as the eight culinary traditions of China: Anhui, Cantonese/Guangdong, Fujian, Hunan, Jiangsu, Shandong, Szechuan and Zhejiang.] I studied these because they are the major cuisines of China. After the three-year program, a one-year co-op opportunity took me to Changchun, Dongbei. There, I worked at a hotel with a primary focus on Dongbei cuisine. A year later, in 2003, I came to Beijing. I started working at a Spanish restaurant in 2005, where I got to learn a lot of Barcelonan cuisine especially within the Bask region! But the Spanish restaurant closed, so the chef at the restaurant recommended me to Maison Boulud through a connection.

Gained critical experience as a chef during the Maison Boulud time

You worked at Maison Boulud starting in 2008. Can you tell us about that time?

Because I worked there, I was able to go to New York after [to work at Daniel] for a year and a half. Maison Boulud was a great melting pot of talent from across the world. In between, I also helped aid the opening of Daniel Boulud’s db Bistro & Oyster Bar in Singapore in 2011. Daniel Boulud took two chefs from New York, and because Beijing is quite close to Singapore, he took myself and another colleague over. I stayed there for 3 months, to help train staff in Singapore.

The experience at Maison Boulud really elevated my taste and perspective. I got exposure to new ingredients and learned so much about the workflow in the kitchen. I also became familiar with Daniel’s overall kitchen management. When you understand the typical workflow and administration of a respected fine dining restaurant, the experience is transferable to other fine dining establishments – that has been my greatest takeaway. 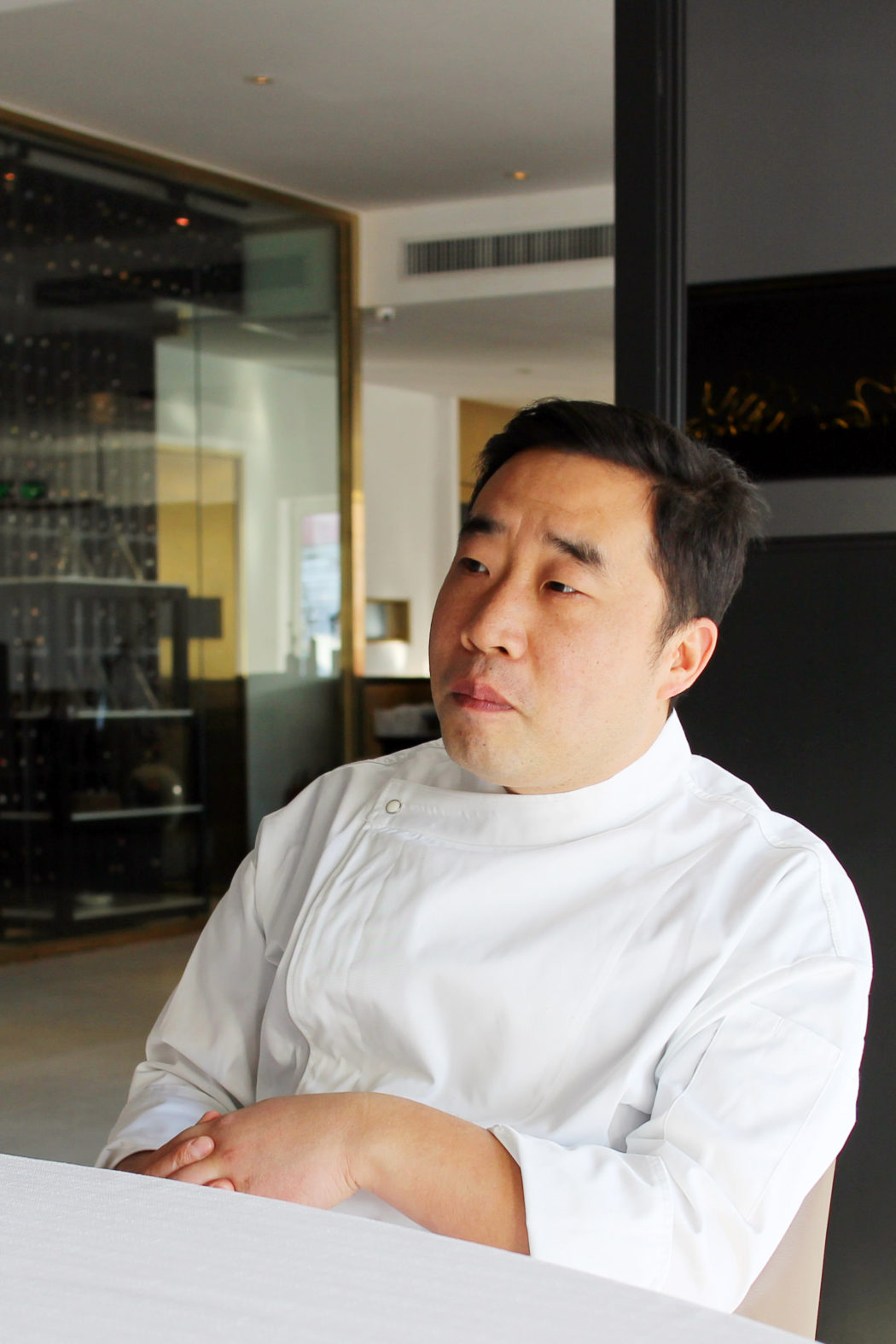 You then spent a year in New York, when you worked at Daniel. How was that experience, moving from Beijing to New York? Did you experience any culture shock?

Mr. Zhang :
It was not too bad, having worked in international kitchens before. I also went there with my wife – we actually had our baby there, who is now 3 years old! Having family there helped with feeling less lonely, as I was always busy.

In terms of culture shock, the first part of adjustment was the lifestyle. New York has many Chinese people, so it was OK in that sense. I had a friend there who really helped me. I also knew some people from the church I attended. They helped me find a place to live. New York is a busy city, and it doesn’t feel like there’s much time to enjoy life.

On the second part, there was a lot of pressure at work. You have to really push yourself – harder and stronger. You cannot give up or let go, or else you will be sacked. I would arrive at work at 12pm and then get home around 1am-2am. Sometimes you’re in the kitchen continuously for 15 hours. Having that understanding from family members is important. Because the time in New York was short, there wasn’t really time for me to go out and have fun. But when I did have free time, sometimes I would go over to friend’s place. I met a lot of people at the Catholic church I attended.

In the kitchen itself, there were other chefs from Asia, they were mostly fresh graduates of the CIA in New York – so I wasn’t the only foreigner from Asia. I learned a lot in New York, from getting to work with novel ingredients to interacting and learning from chefs of different backgrounds.

What language was spoken in the kitchens? Your English has a bit of a French accent, is that from work?

Mr. Zhang :
I learned English while in university, and also picked up a lot of English in the kitchen over the years from some of the French chefs. At TRB, I speak in both English and Chinese to communicate in the kitchen.

What was it like working under Daniel Boulud? Can you tell us any stories?

Well actually this is how I got my English name, JFK! This is the name that I now use for everything. it came during my time working at Maison Boulud.  During the opening, to ensure an efficient workflow all of the kitchen staff, Daniel gave everyone a moniker (a name of someone in the New York team). Mine was JFK on Daniel’s choosing. JFK was the executive chef of Daniel’s New York restaurant. I did meet eventually the original JFK who came to Beijing. He was a really nice guy.

Oh, so no relation to the former president of the U.S.!

Mr. Zhang :
No there’s unfortunately no relation to the president! 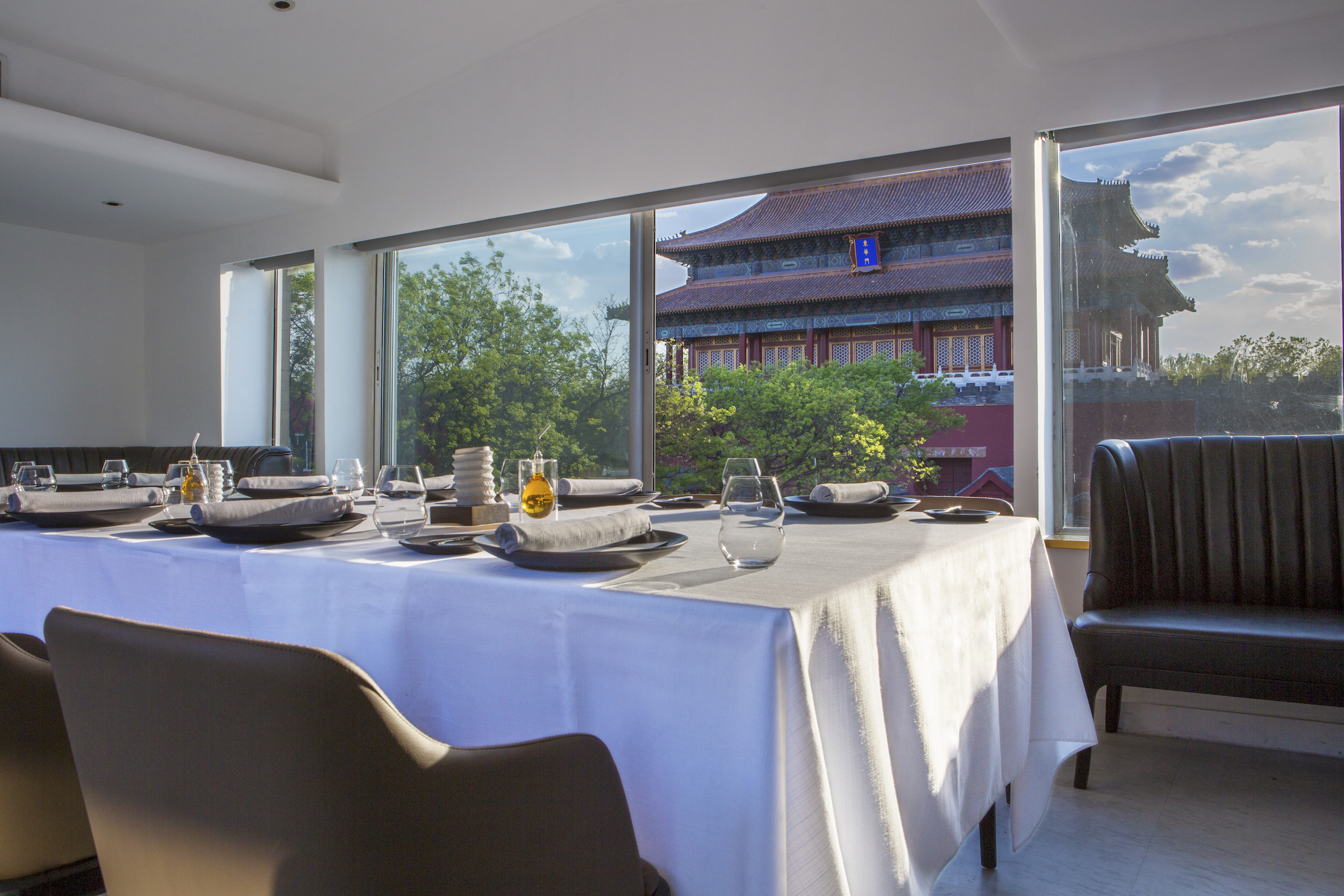