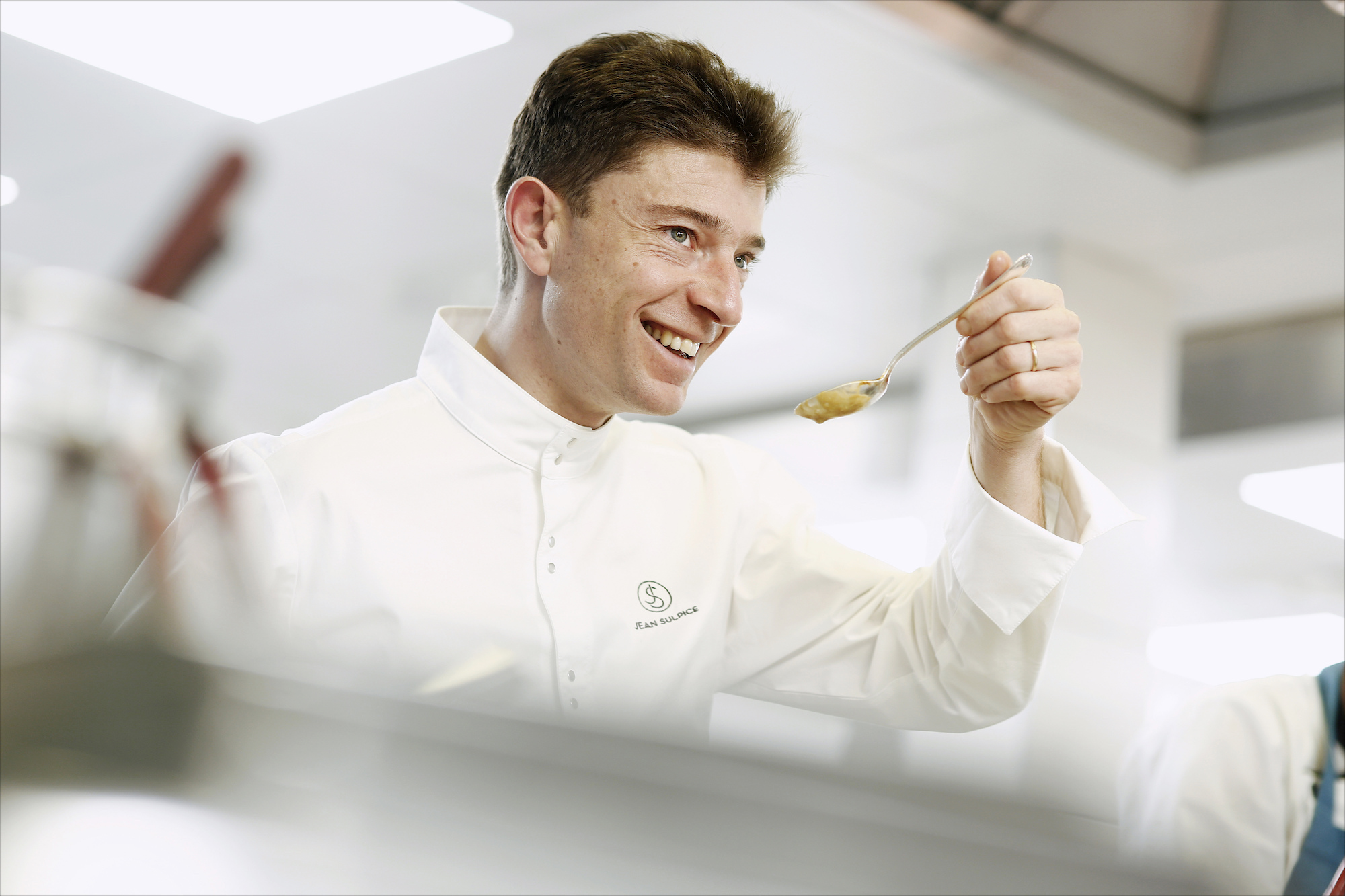 Mr. Jean Sulpice was born in Aix-les-Bain in Savoie in July 1978. He started to work in the culinary world as a trainee at age 15. In 2002, he became the chef of the restaurant L'Oxalys in Val Thorens when he was only 23 years old. The restaurant L'Oxalys got 1 Michelin star in 2006. In 2010 at age 31, the restaurant L'Oxalys acquired 2 Michelin stars.
In 2011, Magali, his wife and business partner, and he bought the business right and renovated the restaurant which was reborn as Restaurant JEAN SULPICE. After the duty as the chef in Val Thorens, they became the owner of a historical auberge faces Lake Annecy, L’Auberge du Père bise in 2016. The restaurant JEAN SULPICE has moved in this traditional and important place and opened on the 5th May 2017. We interviewed a brilliant chef Mr. Jean Sulpice who has just received the honor 'Cuisinier de l’année 2018 of Gault et Millau' in November 2017 and '2 stars of the Michelin Guide France 2018' in February 2018. 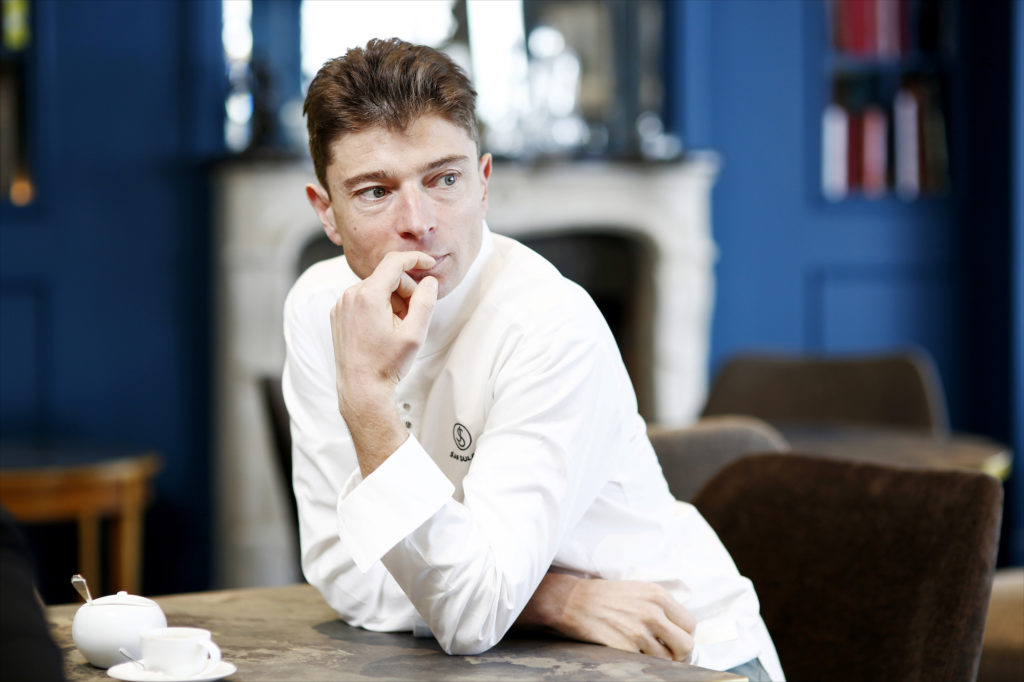 He has parents who were entrepreneurs and a brother who was a cyclist. He entered in to the culinary world at age 15.

Please tell us about your childhood and what brought you to the culinary world.

Mr. Sulpice :
When I was small, I could not find my place in the school system but rather my activities outside the school.
My grandparents were farmers and owners of hotel-restaurants. That allowed me to taste good, fresh and natural foods. As a kid, I liked watching the dishes to be prepared in the kitchen and served at the restaurants. My parents were entrepreneurs. All my family members were energetic in work. So I feel that these surroundings might have made me a hard-worker.
The dishes on weekends of my mother left me with an indelible childhood memory.
I recall savor of the Nantua sauce prepared by my mother who was always busy on weekdays.
My four-year-older brother was the center of our family. He was a cyclist who often played at the world games. But one day, a tragedy occurred to him. He ran into an accident and got injured during the world championship. The severe injury caused my brother to end his cycling career. This tragedy hurts us so much. Since then, my family tried to mollify ourselves by dedicating all our strength to our work.
At age 15, I started to work in the kitchen. I was a trainee for one week at a restaurant in a hotel, and at the restaurant L’Essentiel in Chambéry for another week.
The working rhythm, the intenseness and the atmosphere which I experienced there triggered my curiosity to be a cook.
Then, I became an apprentice at a 1 Michelin-starred restaurant L’Auberge Lamartine. I went work early in the morning and was the last one who came home. Grueling days at the beginning of my career when I was still at my age 15, but this experience enriched my mind and knowledge. I cooked the Nantua sauce for the first time at this restaurant. I always wanted to go back to the restaurant instead of the school after the period of apprentice. 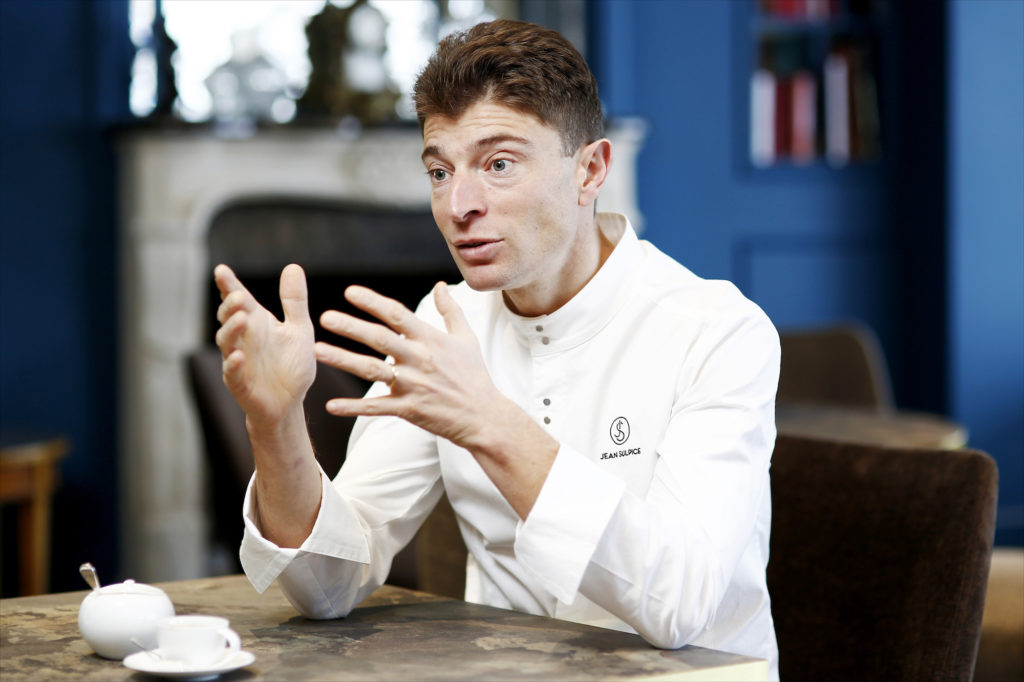 Meeting with Mr. Marc Veyrat, an architect of his unique world view.

Mr. Sulpice :
I watched the man on TV one day who kept his black hat on. That was Mr. Veyrat who talked about his passion for the nature just like me.
I decided to write a letter asking for a job at his restaurant. I made my best to write in a good hand on a blue letter paper.
Everybody around me thought that I could not get any response. Contrary to their expectations, Mr. Veyrat himself called me 15 days later and proposed me my first day of work.
I agreed to his proposal without hesitation. But, I found that the period of my apprentice would not finish by that date. I wondered, to be in or not to be in.
People around me said,
‘You should finish your apprentice. ’
‘You don’t have enough experiences yet to work there.’
I just listen to my own voice. I was in the kitchen of the restaurant of Mr. Veyrat, L’Auberge de l’Eridan which just got three stars by Michelin in 1995, on the fateful day in 1997.

The way of cooking taught by Mr. Veyrat was completely different from what I learned before. I even felt as if I had never cooked before. It took me 6 months to get accustomed to this new way of cooking ‘bouillon’, ‘jus émulsionné’, and ‘mousse au siphon’.

Mr. Marc Veyrat is a legend who owned two 3 Michelin-starred restaurants at the same time and scored twice a perfect 20 in Gault et Millau guide which nobody else has accomplished before. Could you tell us your impression on him ?

Mr. Sulpice :
Mr. Veyrat is a cook with great rigor, an acute sense of the production, and an exceptional perception of tastes. He was always reflecting on something and never stopped creating new recipes.
Mr. Veyrat is a person with broad mind who has produced quality dishes. I’m still proud of having worked at his side. He never has been absent during the service. He dedicates his life to clients.
Mr. Veyrat is the architect of his unique world view which motivated me to constitute my own in the future. 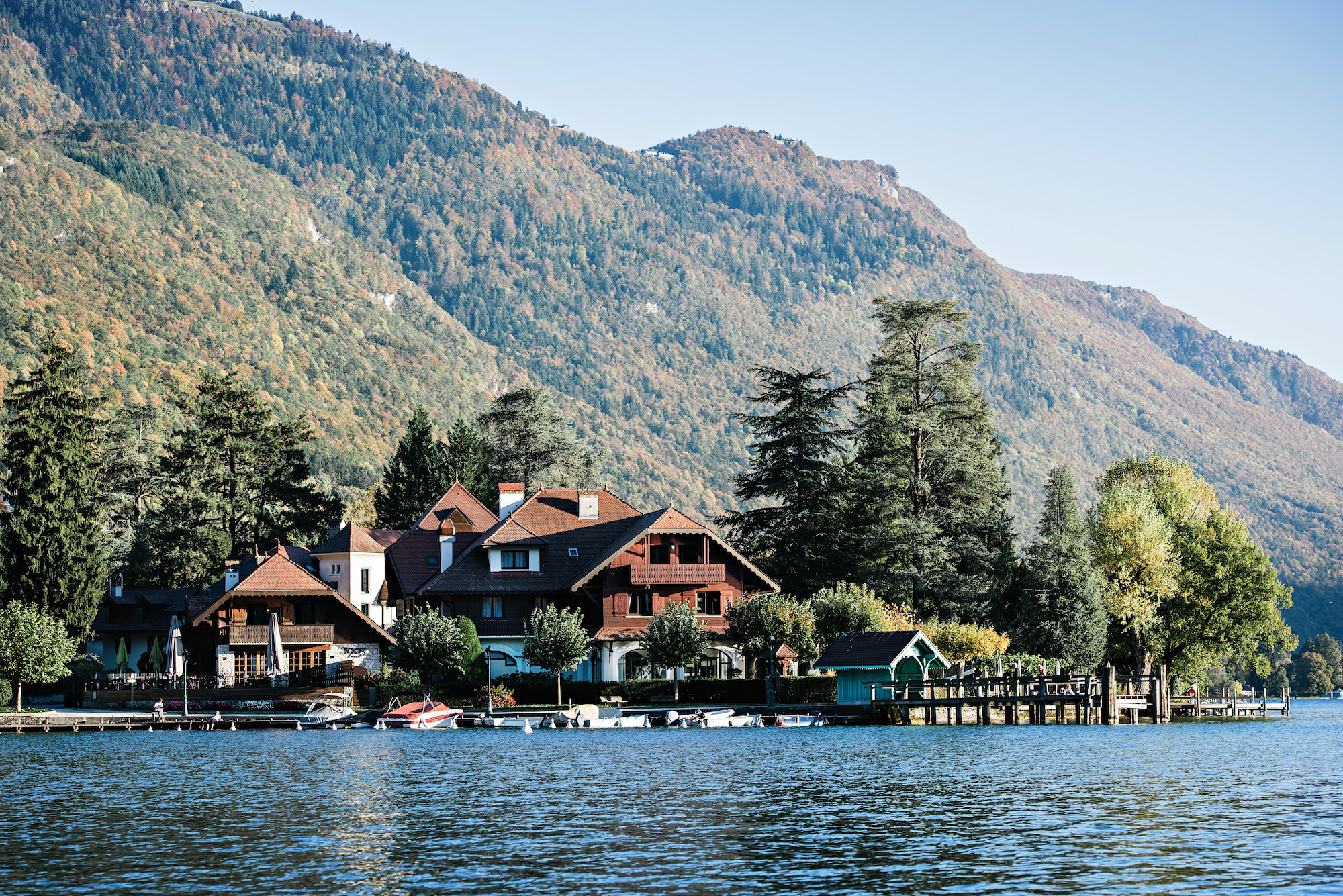